When it comes to discussing the best festivals across the world, Primavera Sound is always a given. Sure, you’ll often hear about Coachella and Glastonbury, but Primavera Sound has been in the mix since its 2001 inception, and particularly since 2005, when it moved to its current location in Parc del Forum in Barcelona, Spain. Reasons abound for its inclusion, from incredible lineups filled less with what’s hot and more with what makes sense, to a locale that’s both scenic and spacious and essentially the ideal festival footprint, to a schedule that keeps attendees out of the hot sun all day and into the Spanish nightlife that runs from the late afternoon until the early hours of dawn. Even better, in a world of festival parity, Primavera still has an identity.

And in those regards, nothing has changed in its 2017 edition. In terms of the lineup, the roster was still stacked, even after Frank Ocean bailed a week before his scheduled appearance. Sure, fans were none too pleased, with several “Fuck Ocean” and “Prank Ocean” t-shirts seen on the grounds on Friday, the day of his scheduled appearance, but his absence spawned a late-night DJ set from one of the world’s best musical minds, Jamie xx, as well as surprise gigs from Arcade Fire (who also appeared as final day headliners in their first pair of appearances supporting their upcoming album, Everything Now), Haim, and Mogwai. Add to the fold acts spanning the best of contemporary (Bon Iver, The xx, Solange, Run the Jewels) and a spattering of undeniable legends (Van Morrison, Grace Jones, Slayer, Aphex Twin) that lined up well with an undercard oozing with both a discerning view of music’s history and an unparalleled insight into both music’s present and future, namely sets by Japandroids, Angel Olsen, Sampha, Weyes Blood, Broken Social Scene, and The Afghan Whigs. It’s a music festival for people that care deeply about music, not so much for the casual fan looking for a more general experience. 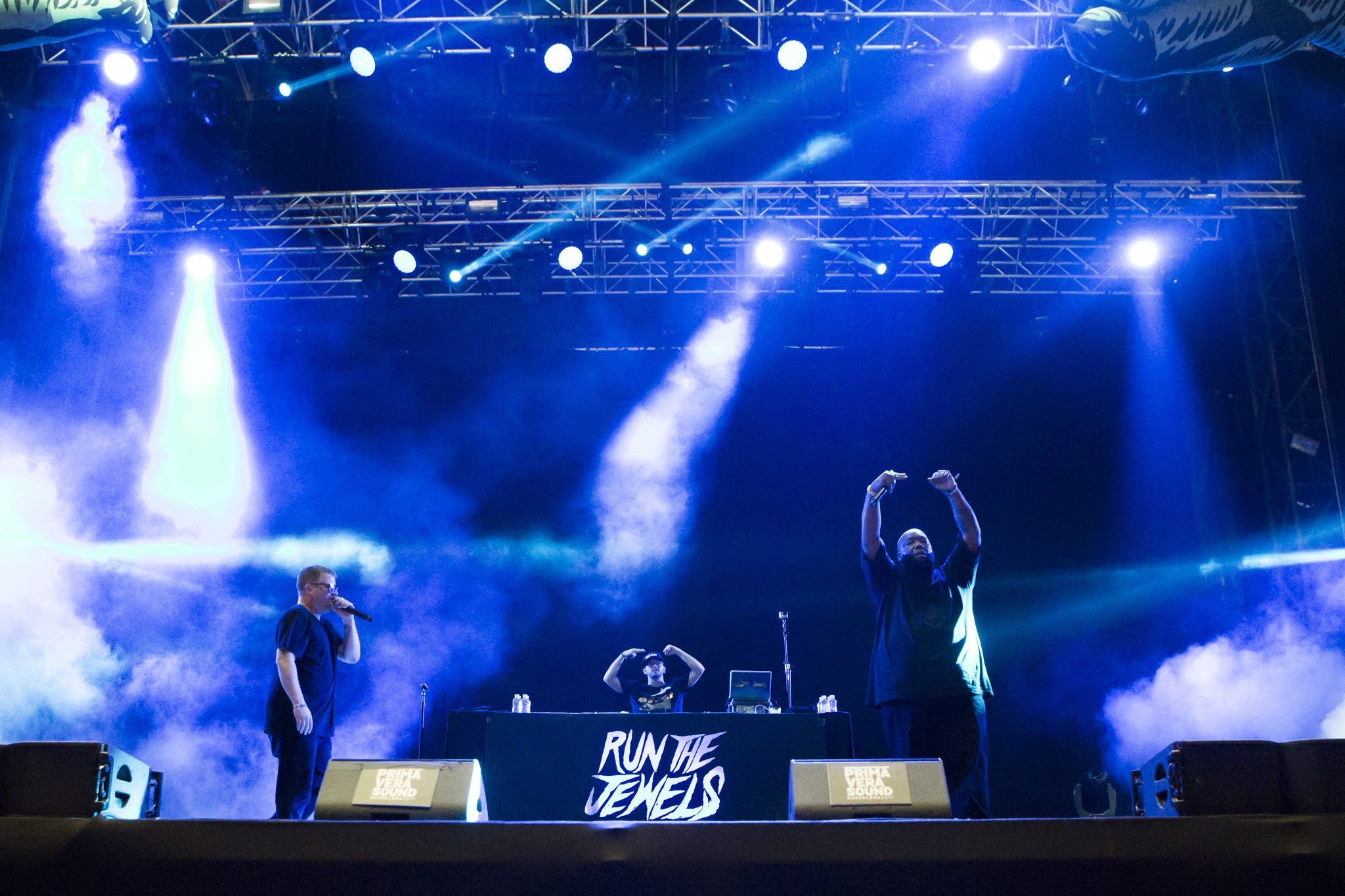 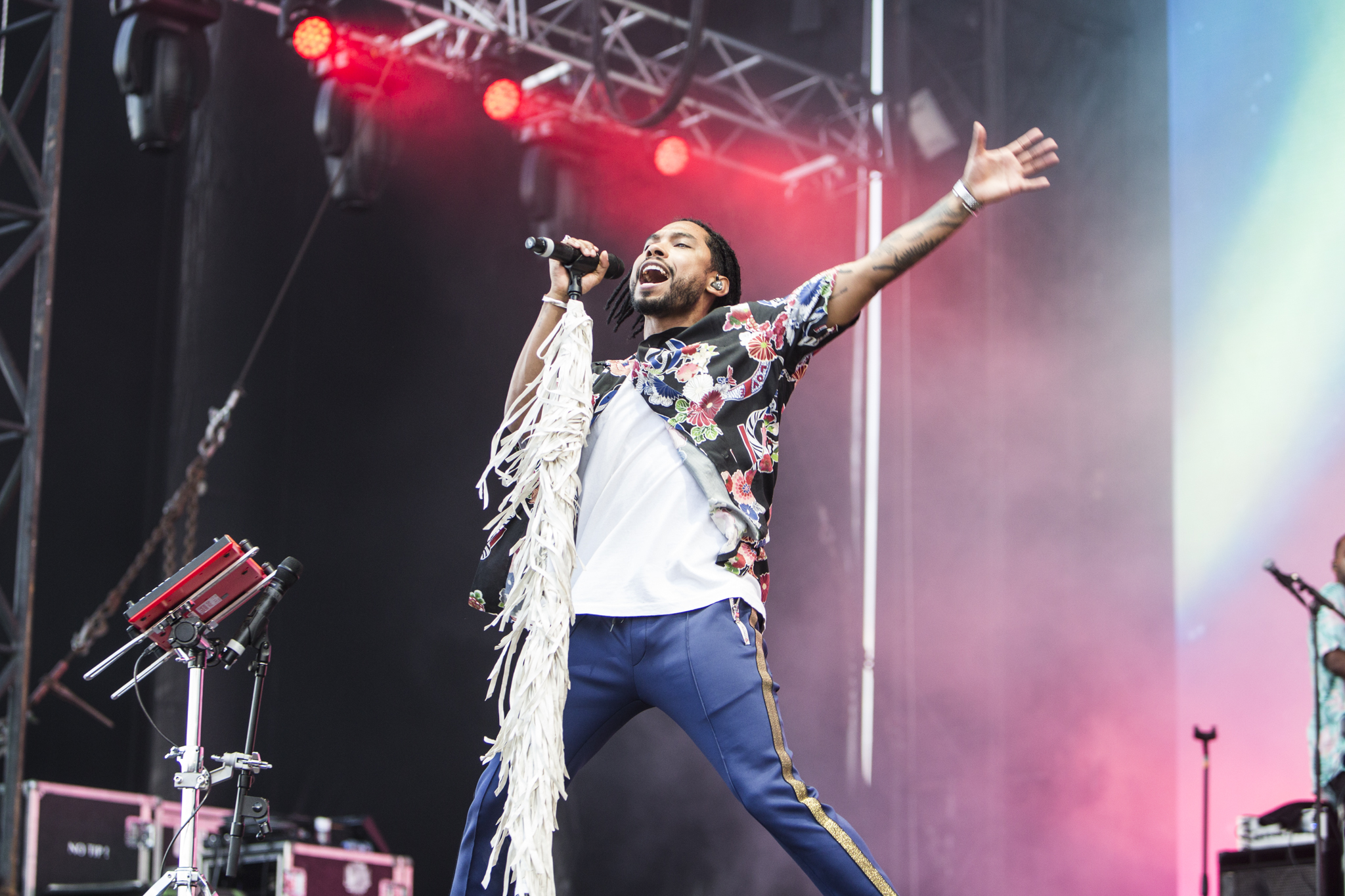 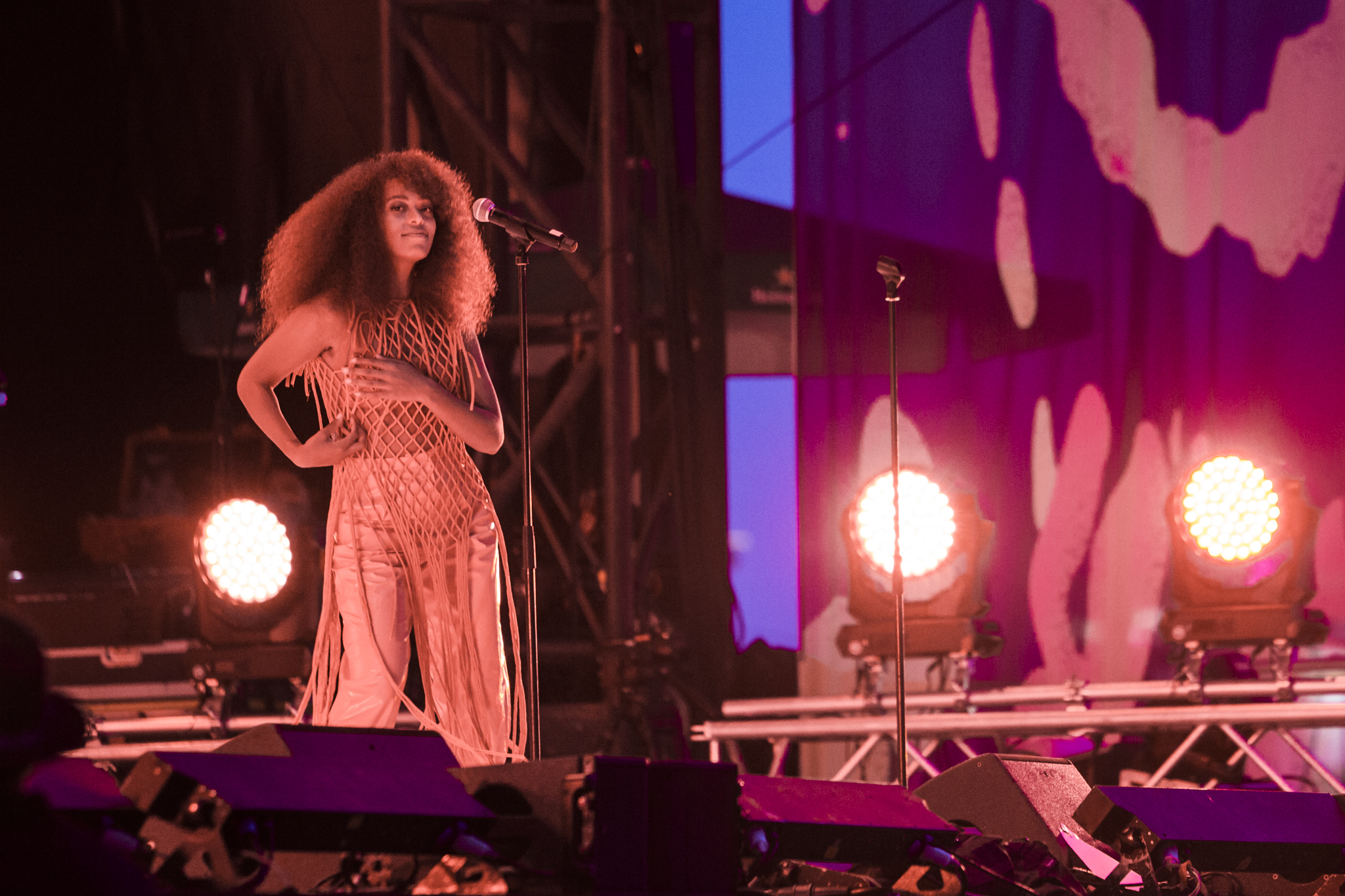 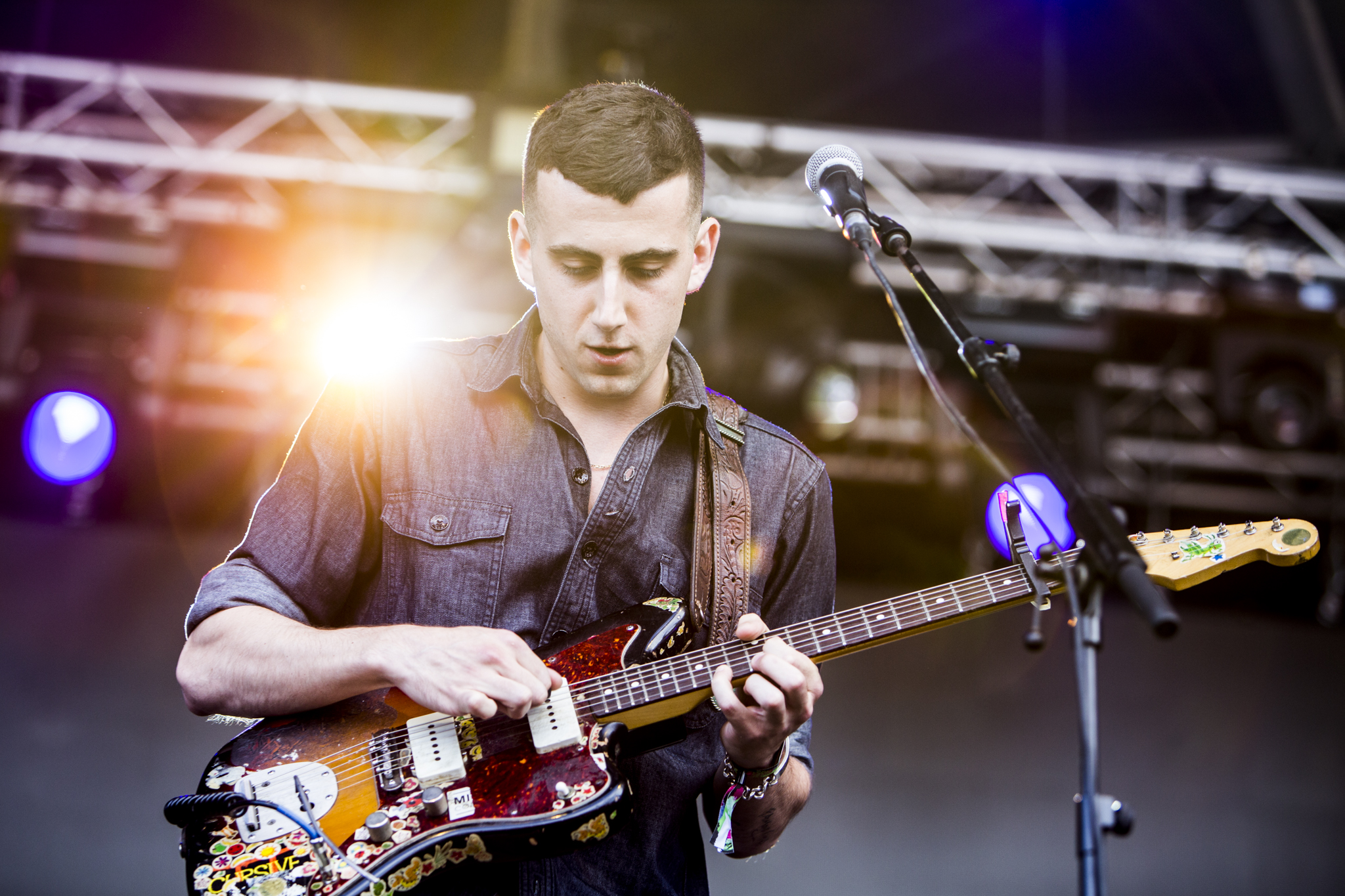 In terms of layout, the festival features four distinct areas, all sporting a pair of stages that, for the most part, alternated acts. If you wanted two huge stages in a flat dusty field with a view of the sea, then the Mango and Heineken stages were where you’d see the festival’s biggest acts. Bacardi Light occupied the area on the complete opposite end, and specialized in electronic music, while in the middle, there were the mid-sized stages sponsored by Ray Ban and, uh, Primavera itself and the smaller stages, one curated by Pitchfork and the other by Adidas. So yeah, lots of stages. There was even an indoor auditorium just outside the main festival grounds, a secret Heineken stage, something that happened backstage, a weird Firestone stage that looked like a gas station. Essentially, there was far more to experience than anyone could conceivably fit into their schedule over the fest’s main run of three days. (The festival also brought wider programming for a couple weeks.) But with all of this happening, there was never a sense of being overwhelmed, of congestion between stages, or of overcrowding. A dozen years at one location will do that. In essence, Primavera Sound is now a well-oiled machine.

This all begs the question: Why is the food so awful? Perhaps we’re spoiled by American festivals like Lollapalooza, Coachella, Outside Lands, FYF, and Life Is Beautiful, which all gather the best chefs and restaurants from their respective cities to prove that you don’t need to resort to trashy stadium food, but Primavera Sound was dumpy. Pizza crust was soggy, fries were over-salted, falafel was covered in mayonnaise masquerading as tahini, nachos seemed to not understand the definition of pico de gallo. Somehow, over three days, not a single decent meal was consumed, which is downright shocking coming from a city known for its cuisine. Surely some of Barcelona’s best restaurants would love a booth at Primavera Sound. And this complaint isn’t just a Primavera thing, but something that’s also been prevalent at other international festivals around Canada and Mexico. Festivals are more than just a location to set up stages and play music. They are a chance to reflect your city and put your best on display. 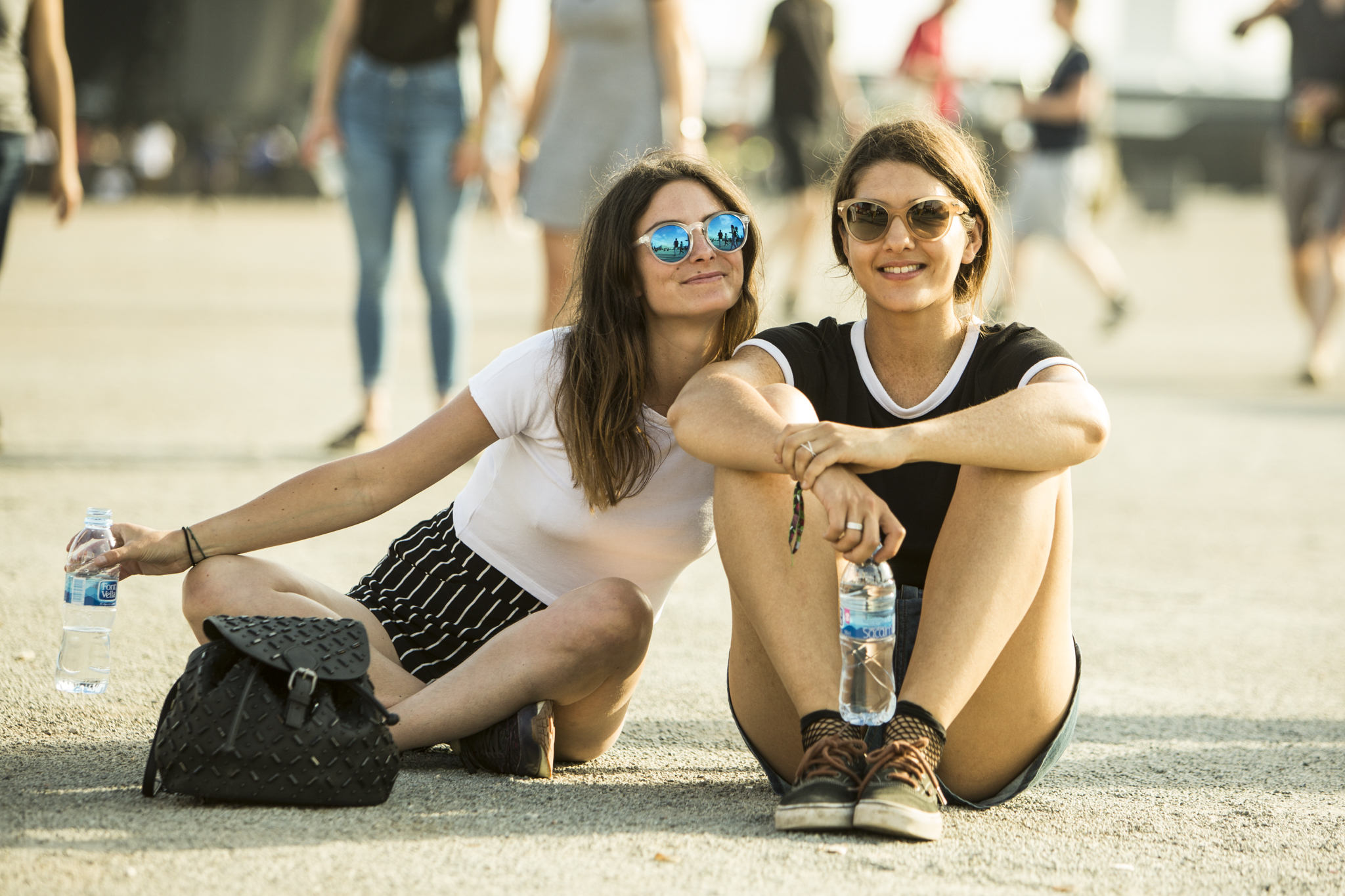 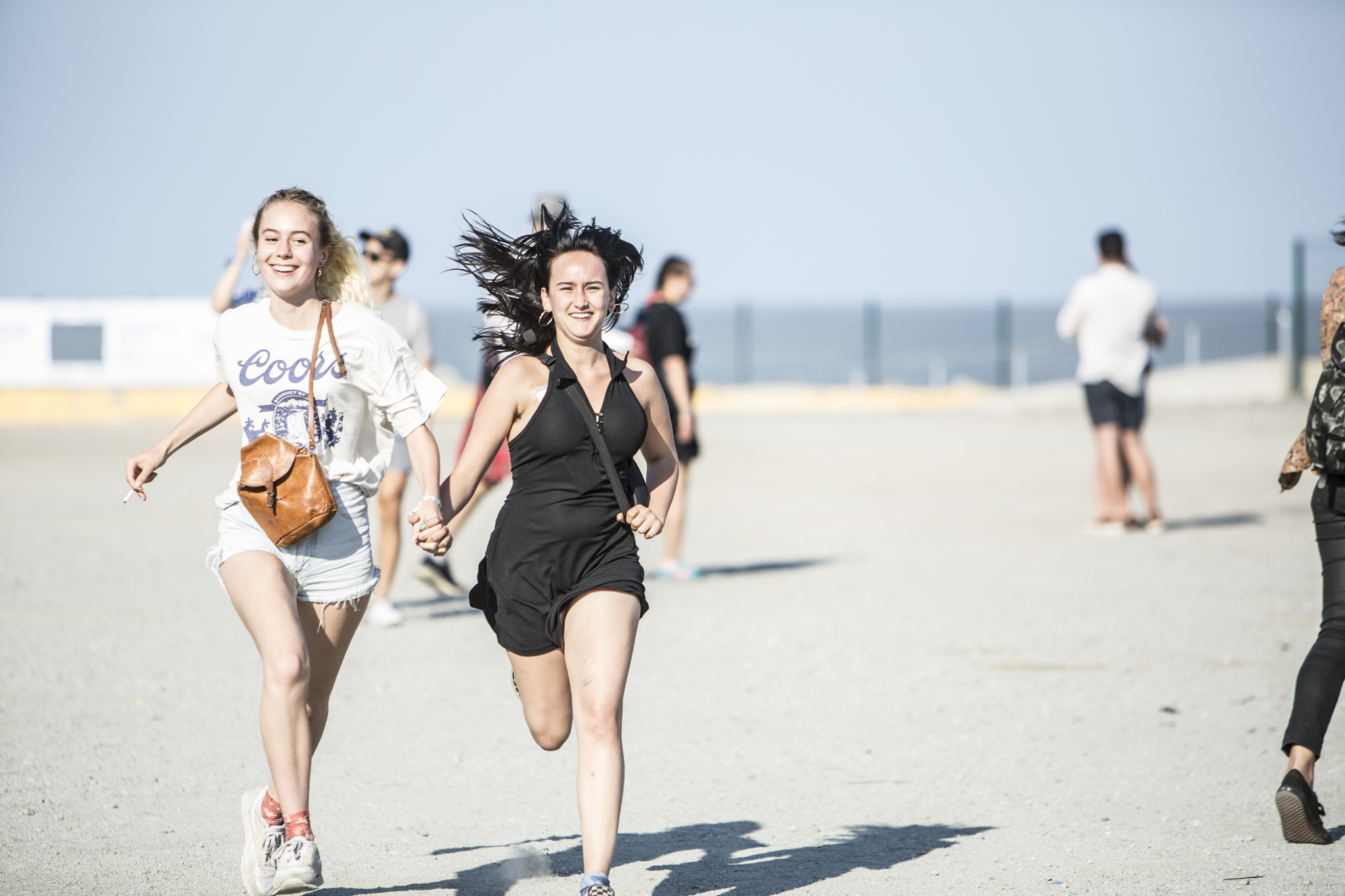 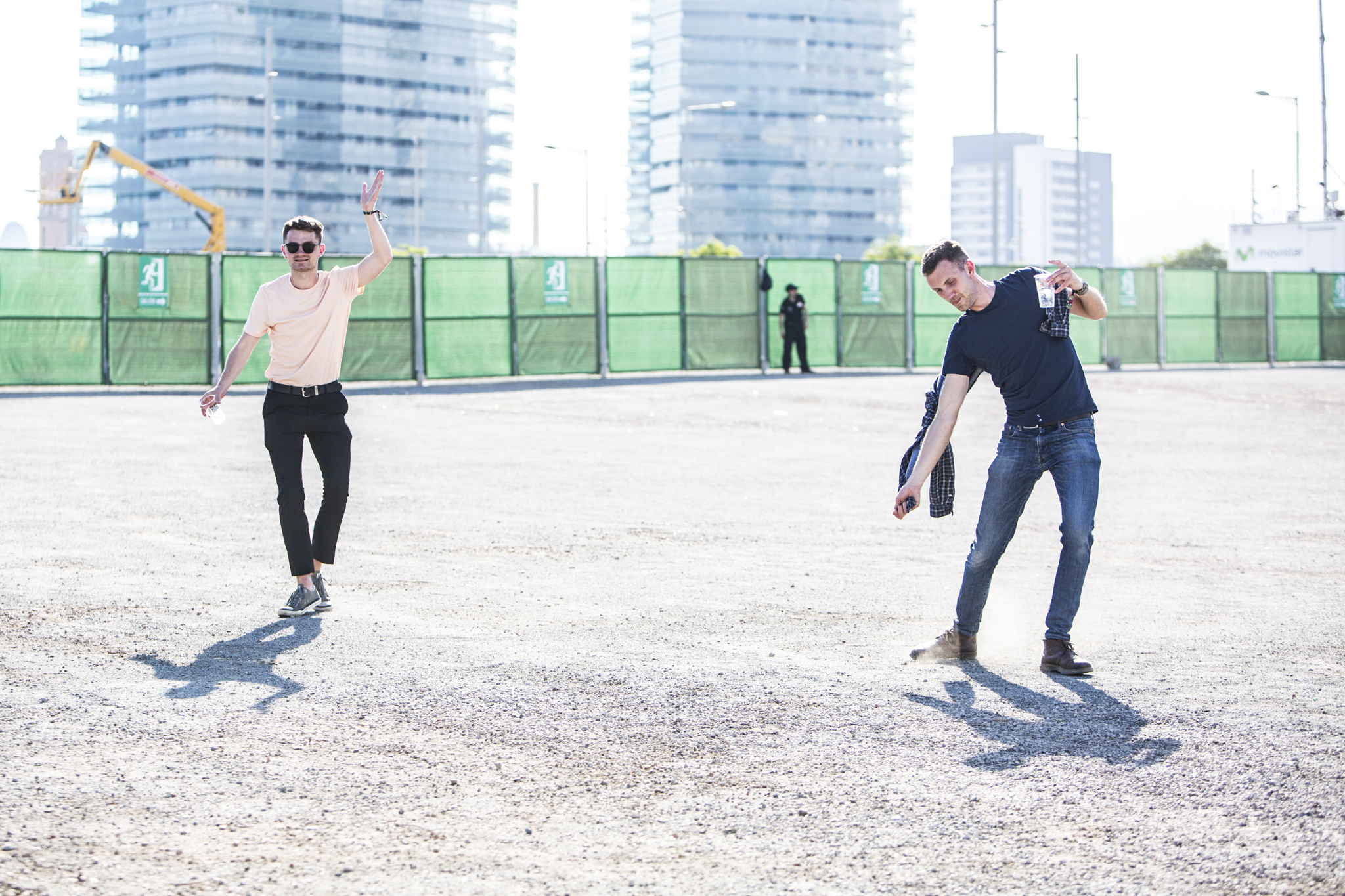 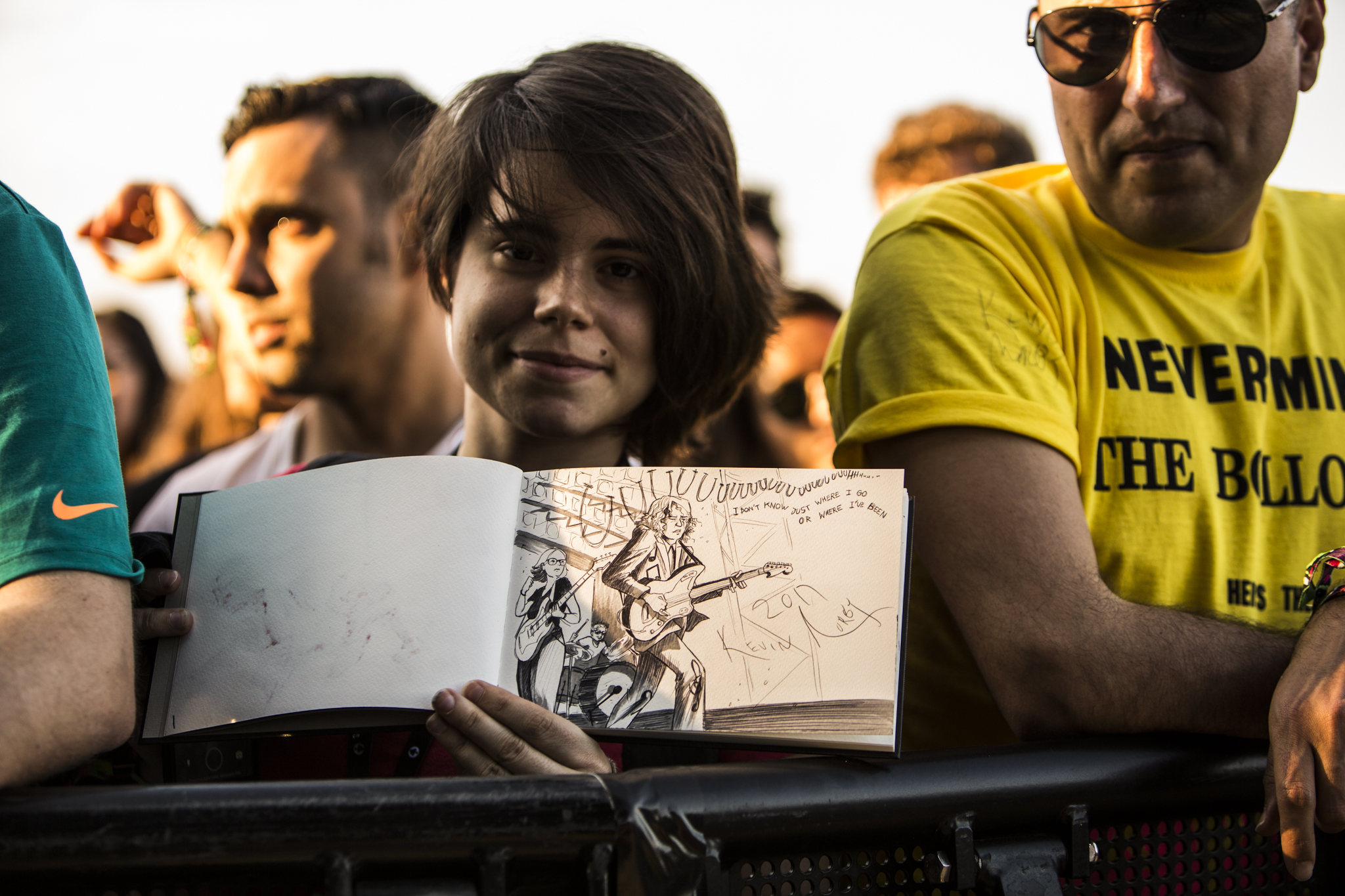 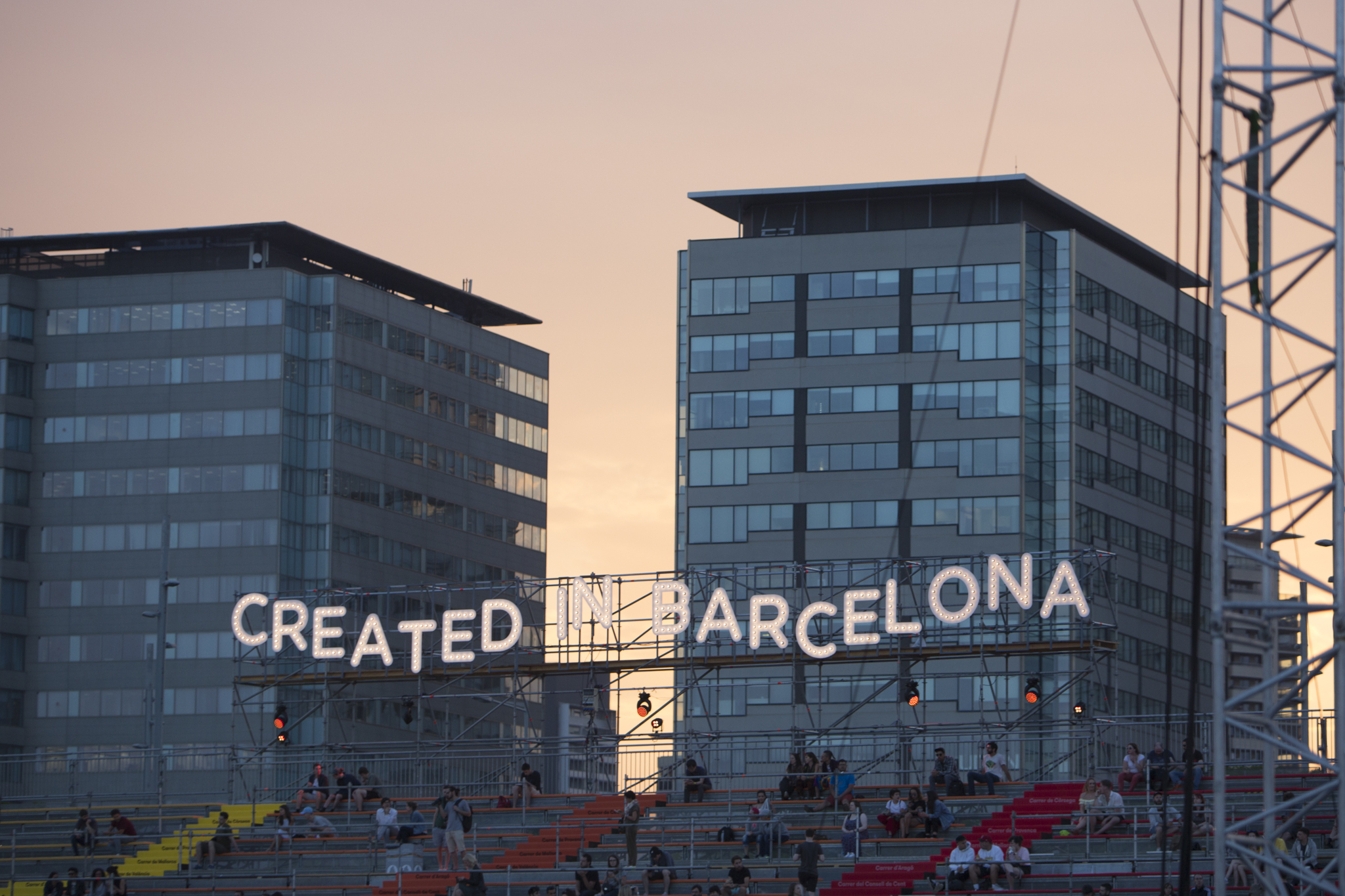 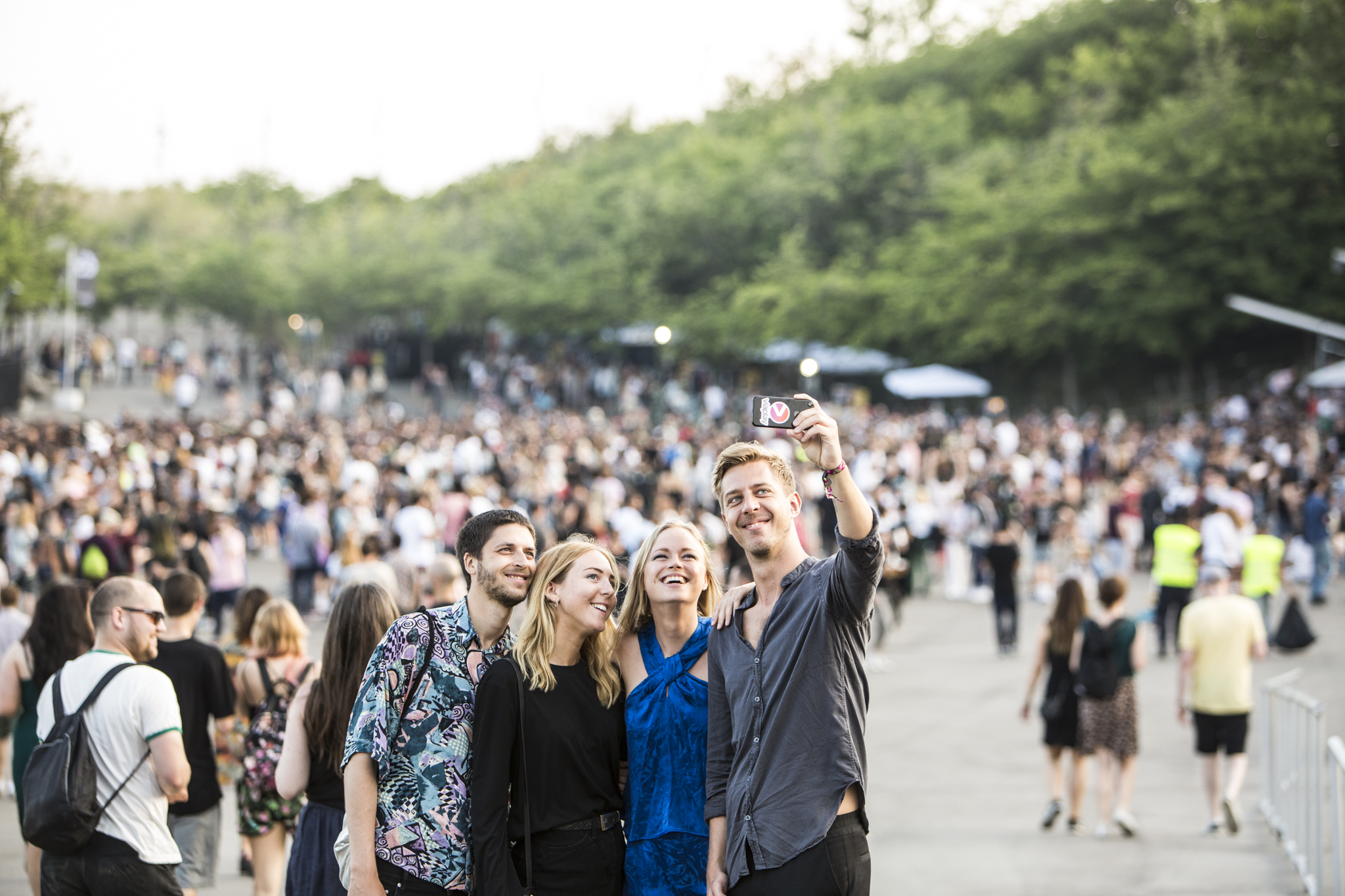 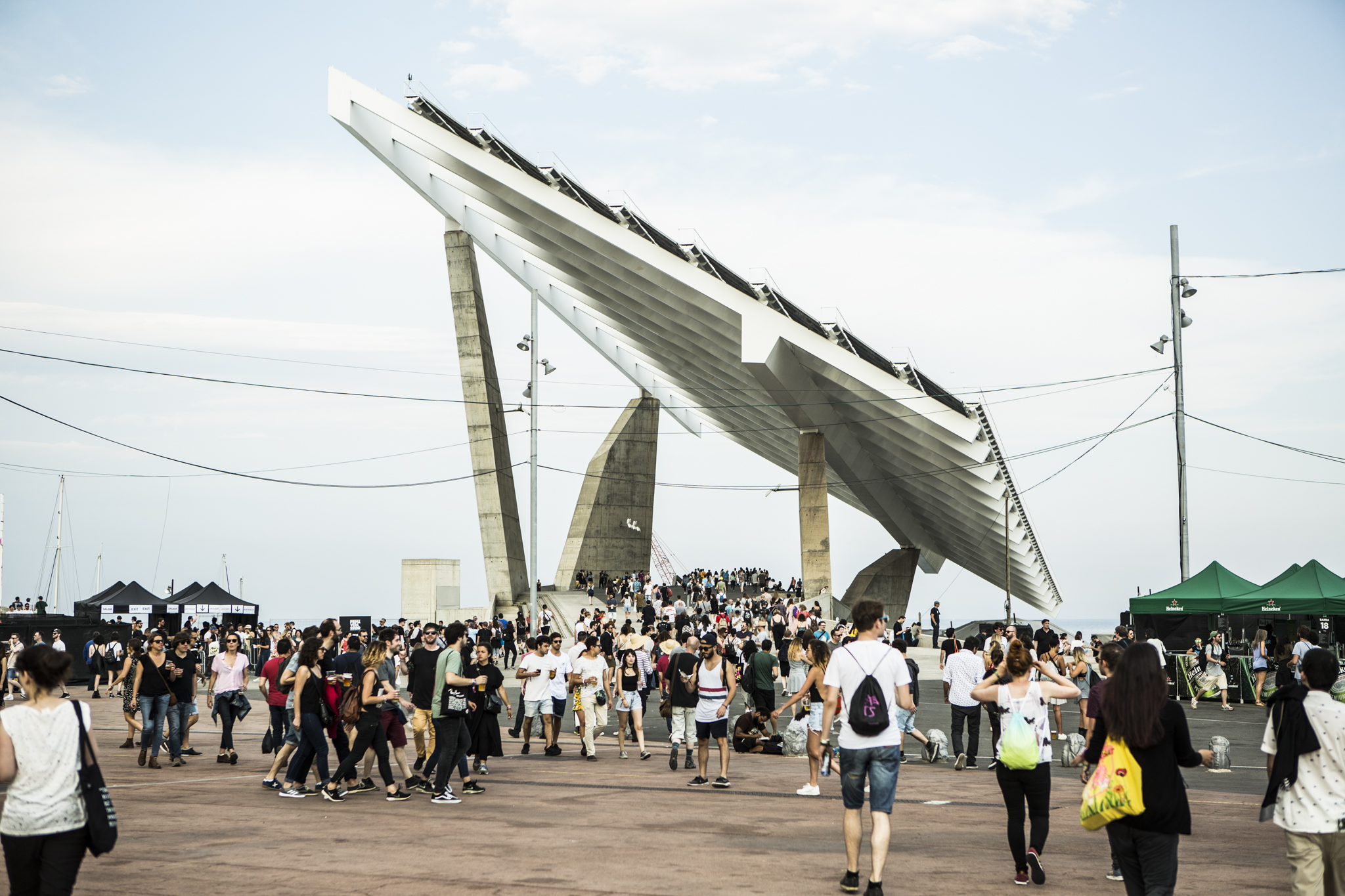 Still, there is something about Primavera Sound that makes it special that’s hard to put in writing. It’s a legitimate feeling or energy that starts to drape itself over the festival at around two in the morning. It’s venders selling cans of beer outside the fest before entering and after exiting, creating a bar atmosphere outside the event, where people just sit and relax. It’s in the park’s permanent fixtures, massive architectural feats that line the skyline with awe-inspiring constructions. It’s in the environment that prompts artists to walk around the grounds and experience it for themselves, making photo ops with Jarvis Cocker or Oliver Sim a possibility for eagle-eyed attendees And it’s in the fans (one aspect of international events that always trumps stateside fests), singing along to their favorite artists at top volume and creating a sense of community amongst strangers. If you love a band, sometime festivals aren’t the best place to see that band. But Primavera argued otherwise, curating memorable moments that couldn’t happen anywhere else.

With the sheer amount of programming, it was impossible to take in everything. But the following were what we did manage to witness, assorted from worst to best.