Queens of the Stone Age have unveiled “The Way You Used to Do”, the first single from their upcoming seventh album, Villains.

Villains was helmed by superstar producer Mark Ronson, who first worked with QOTSA’s Josh Homme on Lady Gaga’s 2016 album, Joanne. Ronson’s presence is definitely felt on “The Way You Used to Do”, which is easily the most pop-sounding record of the band’s career. Worry not, QOTSA fans; it still packs the gritty guitar and signature Homme croons that made them your favorite rock band.

Villains spans nine tracks in all and will receive release on August 25th via Matador. Mark Rankin served as co-producer alongside Ronson, and Alan Moulder (Nine Inch Nails) mixed the album. Check out the absolutely amazing album artwork and tracklist below. QOTSA previewed a second track, “Feet Don’t Fail Me”, in an announcement video for Villains.

In a statement, Homme said the album’s title, Villains, “isn’t a political statement. It has nothing to do with Trump or any of that shit. It’s simply 1) a word that looks fantastic and 2) a comment on the three versions of every scenario: yours, mine and what actually happened… Everyone needs someone or something to rail against—their villain—same as it ever was. You can’t control that. The only thing you can really control is when you let go.”

Ronson, meanwhile, called the experience of working with QOTSA “a very heavy, dark, wonderful dream.” “Queens are and have always been my favourite rock n roll band ever since I walked into Tower on Sunset and bought Rated R in the summer of 2000, so it was incredibly surreal to be welcomed into their secret, pirate clan—or the ‘jacuzzi’ as Josh likes to call it,” Ronson explained. “I also knew that my super fandom alone would not keep me in the jacuzzi. There were moments during the making of the album in which i was aware i was watching my musical heroes craft something that was sure to become one of my favourite moments on any Queens album. And to have some part in that felt like being in a dream–a very heavy, dark, wonderful dream.” 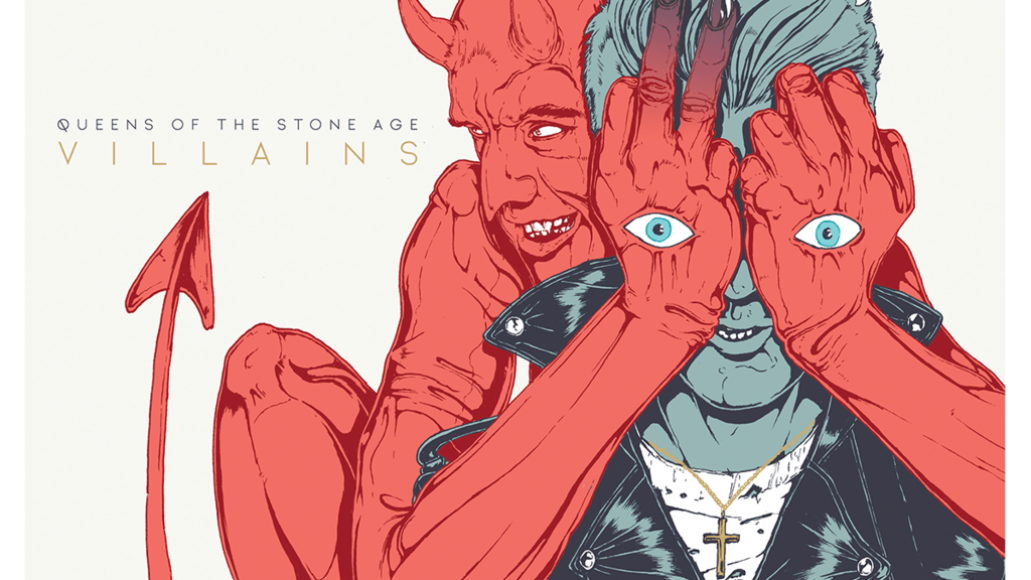