Try as she might, Katy Perry is not having a good week. Despite big promotional gimmicks for her newest album — including a 72-hour, Big Brother-like livestream — the reviews for Witness have been pretty underwhelming. Additionally, the pop singer’s longtime rival Taylor Swift is outperforming her on Spotify (and that’s after Tay savagely put her music back on streaming services just in time for Witness’ release).

Perry has also been feeling the heat from the indie rock community, in particular Sufjan Stevens. Today, the singer-songwriter posted a mini review of his own on Tumblr and didn’t hold back. “LORD JESUS HAVE MERCY,” Stevens wrote, critiquing a line about “Chinese water torture” taken from Witness track “Déjà Vu”. “And y’all thought it was weird when I wrote [on Illinois song “Casimir Pulaski Day”], ‘Tuesday night at the Bible study….” 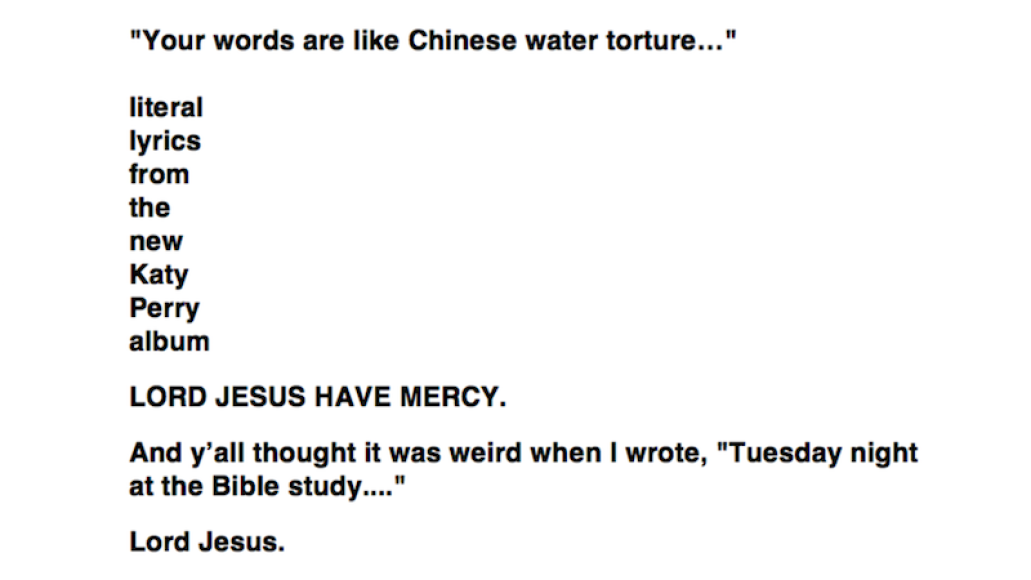