This year marks the 50th anniversary of Pink Floyd’s debut album, The Piper at the Gates of Dawn. To celebrate half a century of the iconic rock band, The Sword guitarist Kyle Shutt set out to produce a complete heavy metal cover of their landmark record The Dark Side of the Moon. Entitled Doom Side of the Moon, the tribute is due out on August 4th, the same date on which Piper was released back in 1967.

Perhaps unsurprisingly, the impetus for Doom Side of the Moon came to Shutt while he was doing what you typically do while listening to Pink Floyd: getting high. “The idea came to me after getting baked and wanting to hear a heavy version of ‘Time’,” Shutt recalled in a press release. “I thought, why not just cover the whole album? After sitting down and working out some loose concepts, the arrangement for ‘Money’ materialized and I realized that I could totally do this if I assembled the right band. It felt a little strange messing with someone’s legacy, but I’m treating it as a celebration of one of the greatest bands to ever rock, a party that everyone is invited to.”

That first arrangement of “Money” has been released as a preview of the cover album. The track comes with visuals designed by Ignite Design that are meant to give fans a preview of the type of multimedia laser light show Shutt and his tribute band have planned for their live performance. Check it out below.

Shutt and his group of heavy metal Floyd fans will present Doom Side of the Moon for one live performance on August 5th. Taking place at Emo’s in Austin, Texas, the show will find the band performing the entire tribute album alongside a number of other Pink Floyd classics. They’ll be accompanied by a “spectacular laser light visual experience performed by The Mustachio Light Show.” Tickets for the special, one-off performance are available here.

Physical pre-orders for the independently released Doom Side of the Moon available via the band’s webstore. Deluxe pre-order bundles include a silk screened poster signed by the band, a commemorative baseball T-shirt, and the album on CD and LP. Pre-orders will also come with a limited edition cassette single of “Money” that will be shipped directly from Shutt himself.

Doom Side of the Moon Album Art: 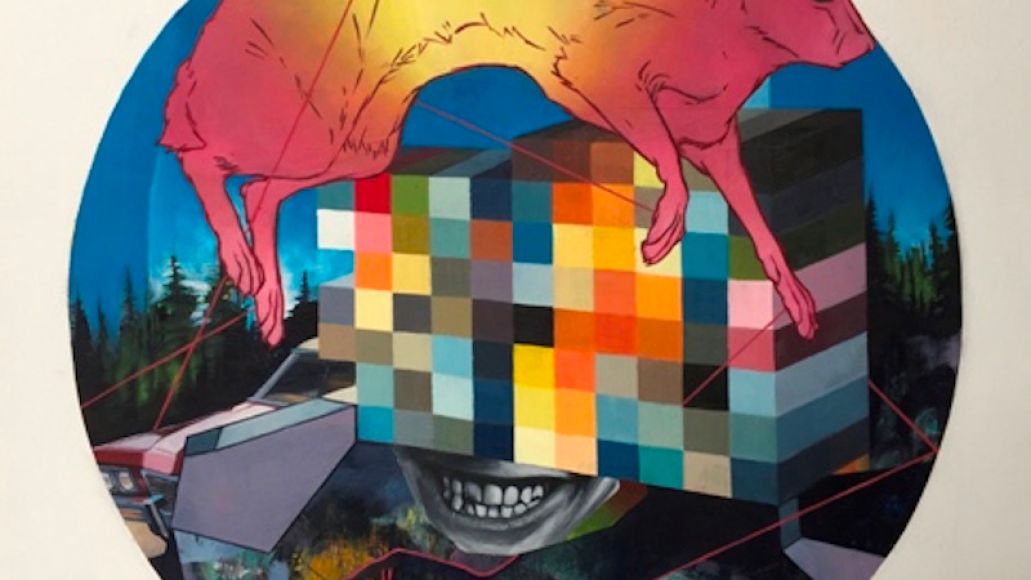