Decades, presented by Discogs, is a recurring feature that turns back the clock to critical anniversaries of albums, songs, and films. This month, we dial it back to the top 25 films of 1997.

By 1997, the multiplexes were beginning to overflow. Granted, what was considered “overflowing” back then would pale against today’s endless gauntlet of mega-budget, A-list franchise movies. But the tentpole movie was already taking over the industry, and ’97 saw Hollywood roll out the full spectrum of blockbuster movies, from the record-shattering hits (Titanic) to the stuff of trash legend (Batman & Robin). Sixteen movies crossed the $100 million mark, back when that was a much bigger deal, and another eight broke $70 million.

As has been true since at least the 1960s, 1997 wasn’t just a year for the best and worst of the major studios’ best bets, though; the continued boom period for arthouse fare offered its own share of true gems. When the CoS film staff came together to discuss what the best films of that year were, each writer’s list revealed that same dichotomy between blockbusters and minor classics. It also turns out that “classic” is a relative term, and you’ll either be pleased or chagrined to learn that Con Air just barely missed our final cut.

What we did find was a spread where Takeshi Kitano can rub elbows with Mike Myers and the once-highest-grossing film of all time was able to exist in the same Oscar categories as a small production about Boston written by two ambitious buddies. The industry would only get bigger from there, but 1997 built on the momentum of the ‘90s on the strength of (mostly) unique and original material. Even if some of that unique material involved a T-Rex sprinting through San Diego.
So let’s go diving back once again, when the mall multiplexes weren’t all owned by the same three companies and you could rent Face/Off for two nights from your local Blockbuster. 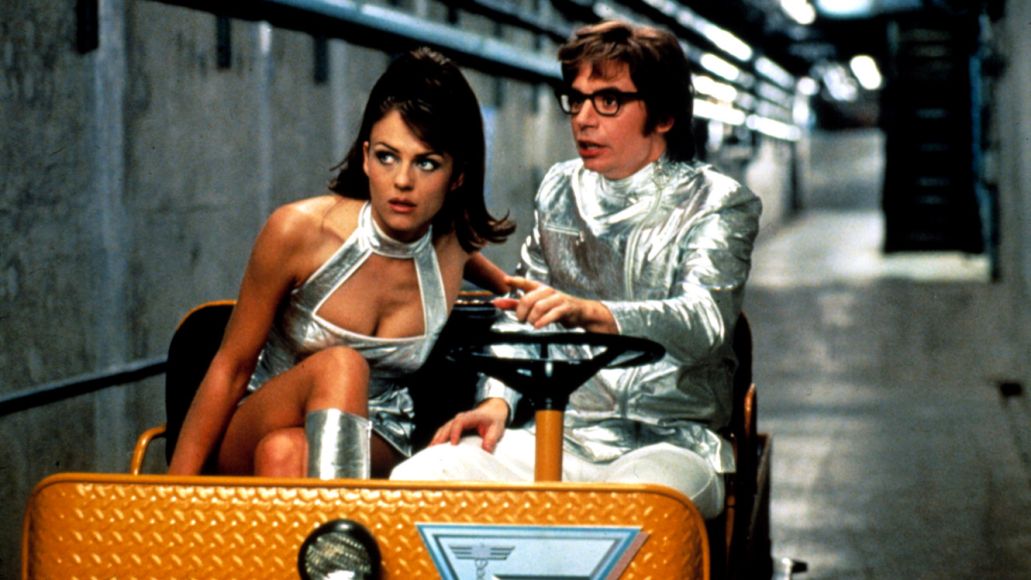 While it’s true that the Austin Powers trilogy lasted exactly two films too long, you’re dabbling in revisionist history if you deny that Mike Myers’ initial send-up of the gentleman spy genre, Austin Powers: International Man of Mystery, wasn’t a groovy, swinging shindig during the summer of 1997. With the “Olivier of Spoofs” Leslie Nielsen’s best work behind him, Mel Brooks unofficially retired from filmmaking, and BASEketball still a year away, Myers gave spoof, parody, and farce lovers a reason to once again pack theaters via a familiar genre and a catchphrase-spouting SNL-style character whom general audiences could also embrace. For Myers, a lifelong Bond fan, the project was a labor of love, drawing character inspiration, developing gags, and repurposing dialogue from no less than 14 films from the legendary 007 series. In fact, our own Sarah Kurchak argues that Myers and his team were so true to the campy, over-the-top fare of their source material that the Austin Powers films were more or less legit spy films with a heavy dose of self-awareness — a development that likely helped push the genre towards the darker, grittier realism of today’s cinema. While Myers has mentioned (threatened?) the possibility of another installment, there’s really no need to unfreeze our favorite hairy-chested, dentally challenged, penis-pumping gentleman spy again. We’ll just pull him down from our VHS shelves whenever we feel a little bit randy, baby. Yeah, smashing, baby! –Matt Melis 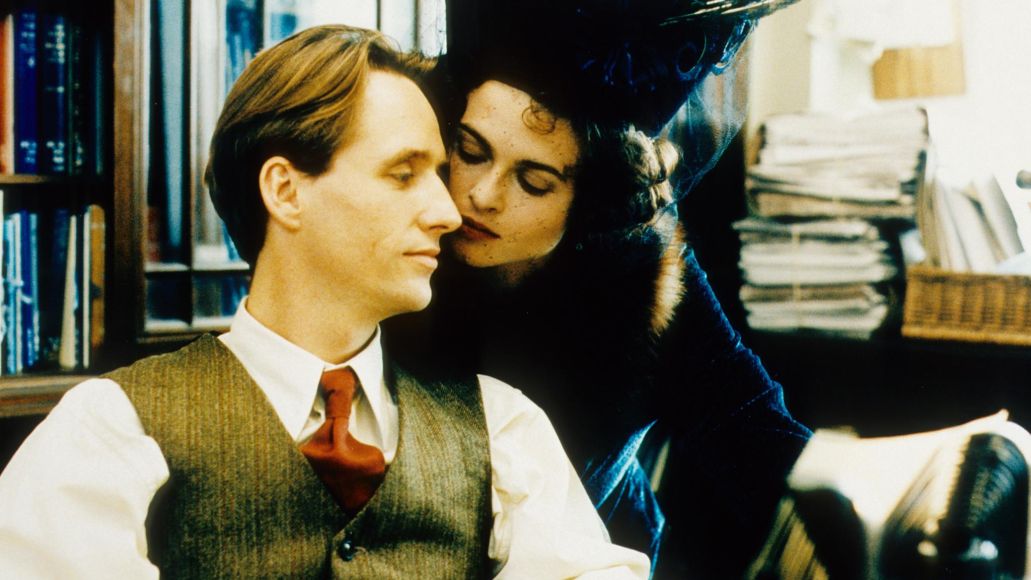 Stealing the show in a film as uniformly solid as Iain Softley’s take on Henry James’ 1902 devastating drama, The Wings of the Dove, is an almost Herculean task. British acting legends Charlotte Rampling and Michael Gambon deliver characteristically excellent performances, and their less established counterparts Linus Roache and Alison Elliott do an admirable job of keeping up. The plot is finely rendered, cinching its central moral dilemma tighter than the corsets of its (equally beautifully crafted) period piece costumes. It’s easily the best James adaptation this side of 1961’s The Innocents. And yet steal the show is exactly what Helena Bonham Carter does. Her nuanced and unnervingly sympathetic performance as Kate Croy, a desperate young woman who willingly plunges herself into a sinister love triangle with her wealthy, fatally ill friend and her secret fiancé, earned the star her first Oscar nomination and cemented her status as a British screen legend in her own right. –Sarah Kurchak 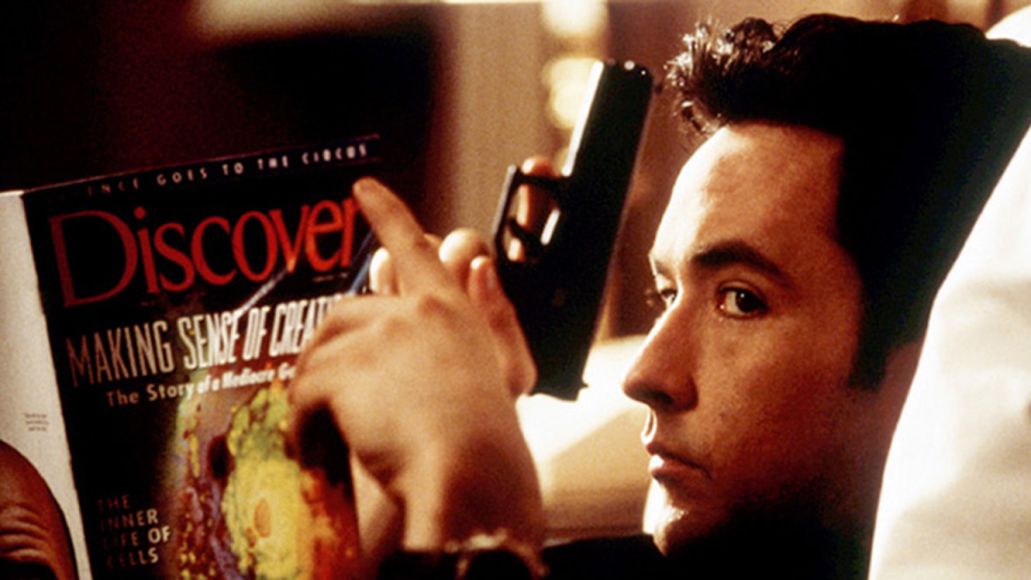 In the wake of the emergence of Quentin Tarantino in the early ’90s, it didn’t take long for his influence to be felt. A movie like Grosse Point Blank is hard to imagine without Pulp Fiction coming before it, though GPB pushes the humorous hitman trope further into the absurd. When professional killer Martin Blank (John Cusack) gets an assignment in the same town as his high school reunion, the table is set for Blank to wrestle with both his past and his present while still, you know, making sure his job gets done. Supporting performances from big sister Joan, Minnie Driver, Alan Arkin, and Dan Aykroyd all stand out, but the film’s real MVP might be the ’80s soundtrack that tickles the nostalgia of its protagonist. Funny enough, the film features Blank working with a therapist (Arkin), though it’s largely against the doctor’s wishes. With the film Analyze This and television series The Sopranos both debuting a couple years later, Grosse Point Blank proves to be influential in its own right. –Philip Cosores 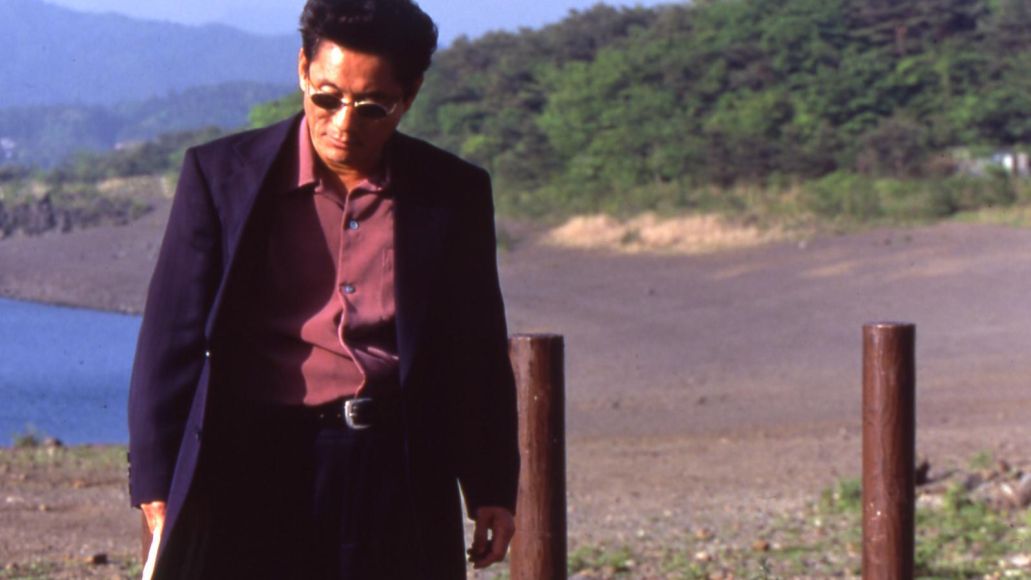 In North America, Takeshi Kitano’s name has become so synonymous with a certain kind of realistic, usually yakuza-fueled crime drama that it’s easy to forget when Kitano was a famous Japanese comedian whose film career was considered a surprising side project. Hana-bi, which was released here as Fireworks, saw Kitano tell one of the great crime stories of the ‘90s with his tale of an ex-detective (Kitano, under his performing name Beat Takeshi) who takes money from the worst possible people to take care of his leukemia-stricken wife (Kayoko Kishimoto). For a film of such shocking violence, Hana-bi also deserves its credit as a crime saga equally concerned with the inner life of Kitano’s death machine, a mode that’s only grown more popular in the years since. –Dominick Suzanne-Mayer 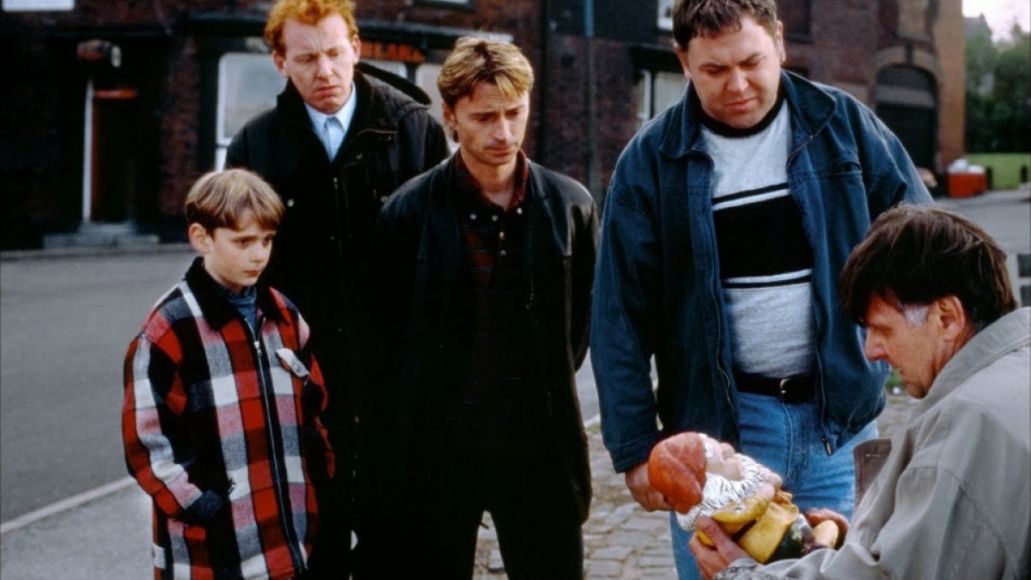 “He’s fat, you’re thin, and you’re both fucking ugly.” So what, Gerald? The Full Monty’s about letting it all out, bucking the system, and being proud to just be you. Waving your “poof and tackle” at the Mrs. Uh, heh, you get it though. The Full Monty was a modern kind of feel-good comedy, that endures as a loud and proud gas with a nervous energy all its own. And the Sheffield slang, the punchlines, my god (“Gentlemen, the lunchbox has landed.”) Director Peter Cattaneo and writer Simon Beaufoy, along with an all-star English cast, just barely got this one in front of audiences. Danny Boyle passed on directing, unimpressed by the script. The film ran short and needed extra scenes added months after filming. And according to Robert Carlyle, the film was not well liked by 20th Century Fox, and editor Nick Moore had to bust his hump getting the film to take shape in post so the studio would be comfortable enough with it. The result was a beefy sleeper hit: The Full Monty grossed almost $260 million worldwide (on a $3.5 million budget), won an Oscar for Best Original Score (and was nominated for Best Picture), and went on to become a hit Broadway musical. That’s a lotta g-string dollars, chaps. Talk about good exposure! –Blake Goble