Your hopes of seeing a fun, funky young Han Solo film just went up like Alderaan.

Now, I’ll be the first to admit, I didn’t want a Han Solo standalone film. Origin stories are (generally) an exercise in lazy storytelling, and when it comes to a character like Han Solo, doubly so. His arc happens on screen in the Original Trilogy and his first appearance in A New Hope tells us everything you need to know about who he is and where he came from. Leave the backstory to the Expanded Universe – especially when faced with the daunting task of subbing someone in for Harrison Ford. The odds are (much like successfully navigating an asteroid field) very much stacked against Lucasfilm.

However, the announcement of directors Phil Lord and Chris Miller at the helm offered an interesting proposition: What if this film was a stylistic romp? These are the guys behind 21 Jump Street and The LEGO Movie – their entire careers were made around taking preposterous, objectively bad ideas and making them into exciting escapes from the norm. Then they sealed the deal, bringing in Arrival and Selma cinematographer Bradford Young, whose powerful work all but guaranteed that something dramatically unexpected was brewing, and Alden Ehrenreich whose flawlessly charming role in Hail, Caesar! made me a believer that yes – maybe, just maybe, there was room for another Han Solo.

Some things really are too good to be true and some risks too big to take. Lord and Miller’s mid-movie departure is a catastrophic blow to a fragile film and even worse a sign that the grand experiment of a corporate-owned Star Wars is suffering much more than growing pains.

Let’s look at the timeline of “weird shit” that’s gone down since the Disney purchase:

01. They perused JJ Abrams to direct Episode VII, which he publicly declined, but somehow convinced him to change his mind.

02. They announced the Episode VII script was to be written by Michael Arndt but nixed that and rewrote from scratch.

03. They announced Josh Trank was going to direct an anthology film and were on the verge of announcing it as a Boba Fett story but abruptly fired Trank, putting the entire project in hiatus.

04. Rogue One‘s reshoots significantly altered the film at the last minute – the scope and cause is still a matter of some debate.

05. And now Lord and Miller exit Han Solo after four months of shooting and with only three weeks left. Their work to be finished by a to be determined director. They cite “creative differences.”

06. As Lord and Miller put it: “Unfortunately, our vision and process weren’t aligned with our partners on this project. We normally aren’t fans of the phrase ‘creative differences’ but for once this cliché is true.” 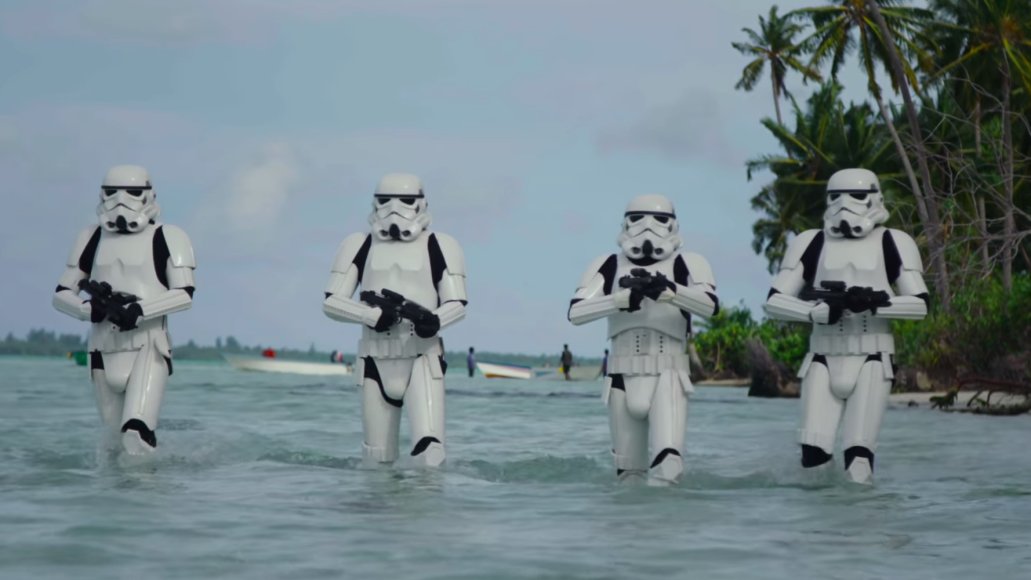 What’s most weird about all of this? These major to minor fiascoes have all more or less happened in the public eye. It’s not uncommon for projects to shift significantly at the developmental level; but full PR blasts championing creative teams and then sudden, sweeping changes? This is not normal and speaks to toxic meddling somewhere in the chain of command.

What’s disappointing is that there’s a common thread in most of these instances: the “Star Wars stories.” Even the nomenclature of these spin-off films suffered last minute workshopping. Originally announced as “Anthology” films, this series of un-numbered tales from across the Star Wars timeline got renamed as work on Rogue One heated up. Because, you know, Rogue One: A Star Wars Story is just the wholesome branding needed for a war movie where everyone dies. I’m poking fun, but the truth is that everyone at Lucasfilm was rightly paranoid about the risk of changing up the Star Wars cinematic format. Trank’s firing on the eve of announcing the Boba Fett film was a blessing since 01.) the rumors surrounding his troubled Fantastic Four production seem to have some merit and 02.) it allowed for all attention to be shifted entirely to Rogue One. And yet, for all the opportunities to craft a solid film from the onset, Rogue One appears to be the victim of fickle vision.

The narrative that’s coalesced over the past several months is that Rogue One, though a unique and enjoyable entry to the Star Wars legacy, is a Frankenstein film. Disparate plot lines were cobbled together via severe reshoots and a genuine cleverness on the part of the team responsible. The true extent of all this is publicly unknown and the silence and spin leave room for an ugly picture to take shape: Disney/Lucasfilm cultivates the vision of a project with its creators, sets a bold course, then the studio becomes paranoid and proceeds to meddle mid-stream until the creative output has been molded into a tested and thoroughly safe product. 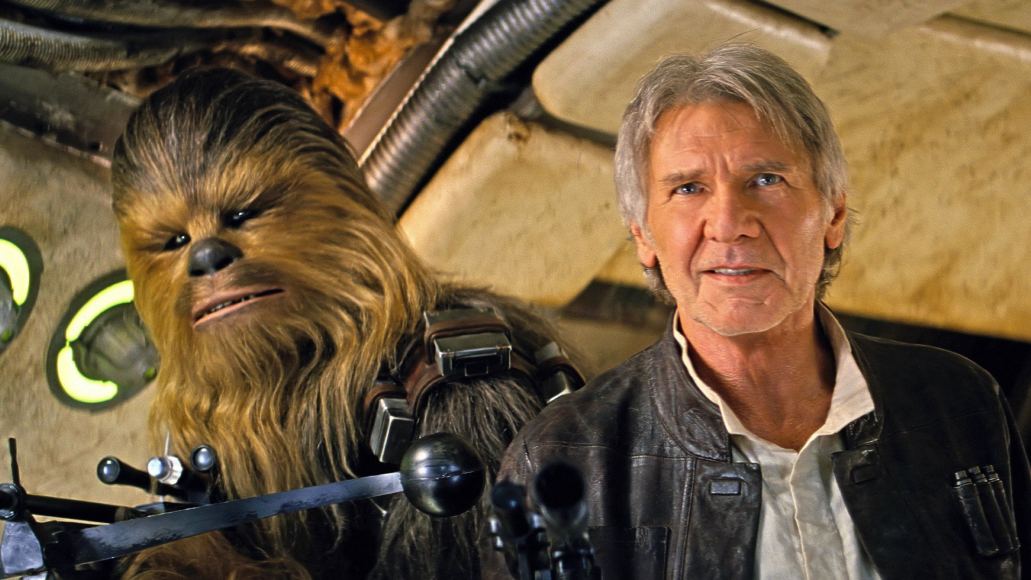 Who can blame them? This is a business, after all, and the stakes are high. But popcorn-munching product is not the line they’ve been selling – that’s Marvel’s bag. Lucasfilm is constantly waving a banner of creativity and vision to mirror George Lucas’ risk-taking fool’s errand back in 1977. The talent that they bring speaks to that vision, but so far the product and these assorted scandals indicates something broken in the system.

The Force Awakens and Rogue One are both … fine. They share moments of brilliance, and Rogue One especially offers a very welcome new take on what a Star Wars movie can be, but as pieces of cinema, they’re more remarkable for the curious assemblage of them rather than being wonderful films in their own right. What makes this particularly frustrating is that both had a fighting chance to do just that. Which brings us to Han Solo.

The departure of Lord and Miller is a scandal. It’s all the rampant speculation of studio meddling made manifest and points to any suspected creative trouble during Rogue One being 100% on the Disney/ Lucasfilm side. Just think of how hard both Lucasfilm and Lord and Miller must have fought to try and overcome these irreconcilable differences – especially now, with only three weeks left to film. And yet the studio would rather publicly deface this critical project than honor the creative vision of the directors that they chose. I can’t even begin to guess what would have caused things to go this far, but here’s a hint via a quote from Bradford Young about how Lord and Miller convinced him to join the project:

“…They mentioned some films that I don’t think they knew I had such a really emotional attachment to – and there’s one in particular …that they mentioned in the referential landscape and that one really convinced me that these cats wanted to do something different. Because if you mention that film, it shows that you’re brave and that you want to really try to do something different. And so, as soon as they said that, I had to double check, like, ‘Are you sure? That? You know what they did?’ And they’re like, ‘Yeah, that’s the film we want to make.’ And I was like, wow, these cats are brave.” 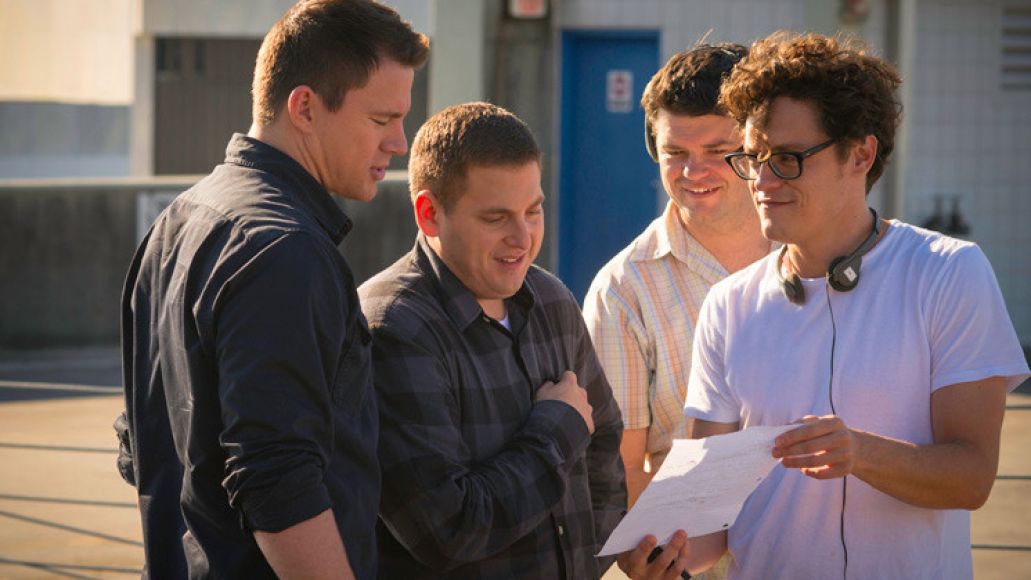 It’s not surprising that words like “brave” and “different” don’t have a place in the world of manufacturing billion-dollar blockbusters, but those words are at the core of what Lucasfilm touts itself to stand for. Now, with the departure of Lord and Miller, it’s crystal clear that the company is as much at the mercy of the Hollywood meat grinder as everyone else. Bravery and risk taking are punished – and those are two key components in making a Star Wars movie.

Now, perhaps the same rules don’t apply to the new trilogy and the forthcoming The Last Jedi. Director Rian Johnson has been very candid on Twitter about the amount of creative freedom and cooperation he’s been given in developing the eighth installment. If that’s the case, it’s perhaps a bit shocking that the studio doesn’t view new entries in the numbered Saga films as being riskier than these random one-offs where (in theory) they can literally do anything. And hey, maybe Lucasfilm has this under control and the accomplished director duo were actually steering the Han Solo film into a Prequel-sized pile of Bantha poodoo.

Unlikely but hey, all this is just rampant speculation, of course.

We’ll be covering this story as it develops as well as all the latest news and rumors on Consequence of Sound and Nerdy Show‘s State of the Empire podcast. Subscribe now to stay up to date on all the latest: iTunes | Soundcloud | audioBoom | Google Play | Stitcher | RSS

We've Got a Bad Feeling About the Star Wars Franchise