Black metal titans Wolves in the Throne Room are gearing up to release a new album on September 22nd. Dubbed Thrice Woven, it’s due out through the band’s own Artemisia Records and follows Celestite in 2014.

The forthcoming LP collects five tracks, including titles like “Born From the Serpent’s Eye”, “The Old Ones Are With Us”, and “Fires Roar in the Palace of the Moon”. Swedish singer-songwriter Anna von Hausswolff makes an appearance, as does Steve Von Till, singer and guitarist for doom metal outfit Neurosis. There are elements of ’90s Finnish doom throughout, and the album’s artwork, done by Russian artist Denis Forkas, features an illustration of Fenrir Wolf, one of the most notorious wolves in Norse mythology.

Below, check out a teaser trailer for a taste of what’s to come from Thrice Woven, followed by the artwork and full tracklist. 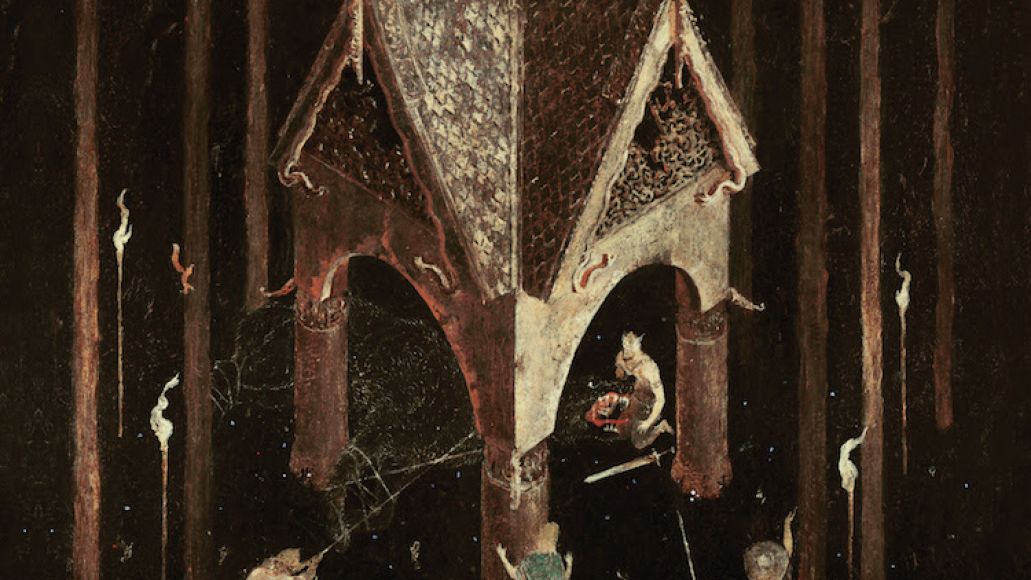 Thrice Woven Tracklist:
01. Born from the Serpent’s Eye
02. The Old Ones Are With Us
03. Angrboda
04. Mother Owl, Father Ocean
05. Fires Roar in the Palace of the Moon