Damn, it feels good to have a great Spider-Man movie again. Through the strain of undergoing yet another reboot, tricky inter-company deals, and an absurd six writers, Spider-Man: Homecoming surpassed expectations to be a thrilling triumph on numerous levels. The film’s plot is cleaner than almost any of its peers, and Michael Keaton’s Vulture is one of the most well-rounded villains in the entire Marvel Cinematic Universe. There’s all the wit a Spidey film demands while also presenting a more realistic Peter Parker than any of the previous attempts. In so many ways, director/screenwriter Jon Watts simply nails it.

But if you’ve got the right eye and look closely, you can see he also screwed it and wood glued it, too. This isn’t just one of the most successful superhero films in recent memory — it’s one of the best examples of subtle fan-service for which a nerd could ever hope. Though most moviegoers will likely be able to appreciate all the nods to the greater MCU (the Triskelion, the Chitauri Leviathan, a mention of the Sokovia Accords), only comic fans will pick up on some of the better Easter Eggs Watts hid throughout the movie.

Tucked away in the background of scenes, dropped into a simple line of dialogue, or introduced as actual characters, there are loads of awesome little references to Spider-Man’s 55 years of comic book history. While these teases tickle the hardcore fans, it only works if you know what to look for. A good geek wants others to get in on the fun, which is why we’re presenting you with this guide to the best — and potentially most important — Easter Eggs in Homecoming.

Obviously, major spoiler warning for the pages ahead. We’re going to be talking about specific scenes and characters, so if you haven’t seen the movie yet, be forewarned. If you’re already planning your second viewing, though, click on and get ready to impress all your friends when you can tell them how much more amazing Spider-Man: Homecoming really is.

When Spider-Man (Tom Holland) tracks Adrian Toomes (Keaton) to the Staten Island ferry, the weapons buyers Toomes is meeting seem pretty inconsequential. That is until Spidey’s suit A.I. Karen reveals their leader is Mac Gargan, and our first close shot of him lingers on a scorpion tattoo on his neck. Spider-Man diehards instantly recognized this was Scorpion, one of the hero’s earliest adversaries. Played by Michael Mando, the character even hints at his future transformation and involvement in the Sinister Six during the mid-credits scene when he tells Toomes of his “friends on the outside” who want to squash the Spider too.

Sony has long wanted to introduce the Sinister Six supervillain group in their movies, but their last attempt was the ridiculously heavy-handed “hinting” in Amazing Spider-Man 2. This time, with the wiser Marvel behind them, they were able to gracefully introduce the concept as part of the actual story at hand. Who knows if Scorpion will show up in Spider-Man: Sadie Hawkins or whatever the sequel ends up being titled, but it seems an appearance is definitely in the cards. 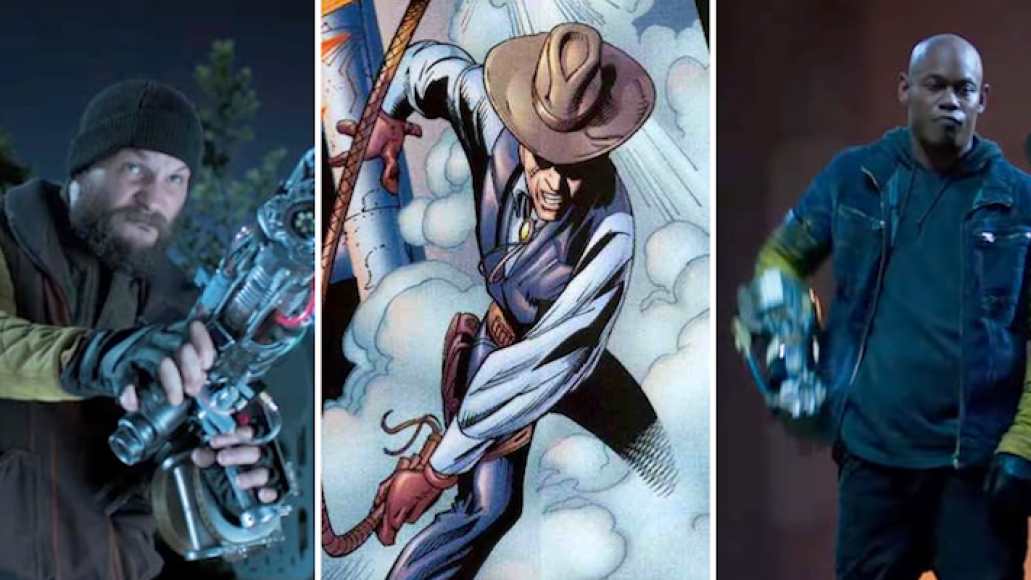 No, the Shocker isn’t anything close to a secret character, as his name is reiterated a dozen times in just one scene. What makes the character an Easter Egg, though, is the guy who wears the gauntlet before Bokeem Woodbine’s Herman Schultz. Logan Marshall-Green plays a character named Jackson Brice, known in the comics as Montana, a member of the gimmicky group of thugs the Enforcers. It’s probably best he didn’t get the cowboy hat and whip in the movie, but the fact that Brice appeared at all is artful fan-service. His replacement by Schultz was also a nice way to represent the fact that super identities are often passed off to multiple people (though Schultz is the only true Shocker). 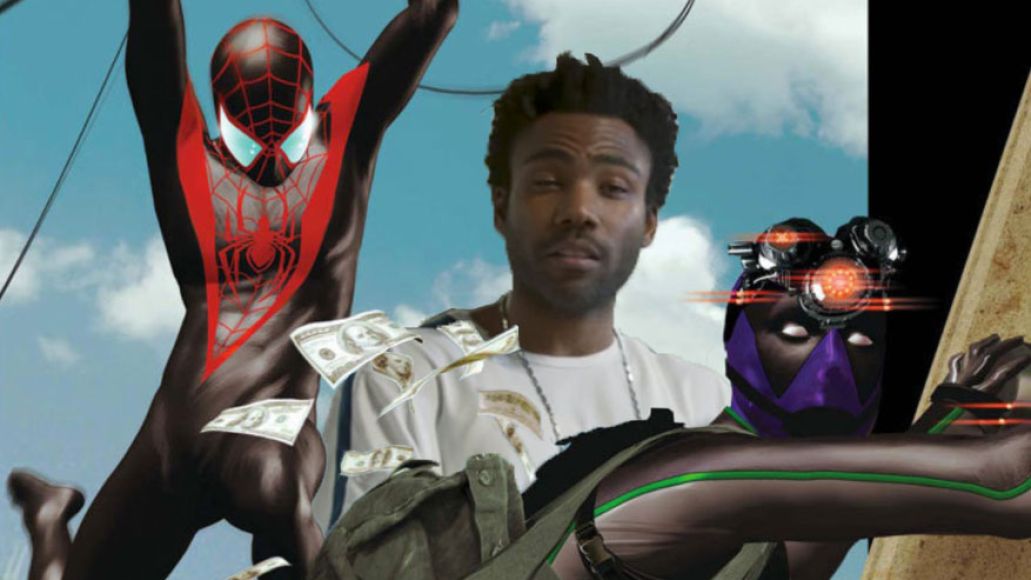 Donald Glover plays a relatively bit part in Homecoming, but for fans, it’s an incredibly important one. He’s credited as Aaron Davis, a small time crook whose comic origins have much bigger implications. In the (now dead) Ultimate parallel universe, Davis became the Prowler, a burglar who used a super-powered suit in his heists — which is why Glover’s character is so interested at the mention of grappling tech during the busted arms deal.

But the connections go even deeper. Davis decides to help Parker because he has a nephew who lives in the area. That nephew would be Miles Morales, the Ultimate Universe’s Spider-Man (who now resides in the main Marvel comic-verse… look, comics are complicated sometimes, okay?). In fact, it’s the Prowler’s robbery of Osborn Industries that inadvertently leads to Morales’ spider bite origin. Morales is already set to be the focus of Sony’s animated Spider-Man film, but the fact that he now exists in the proper MCU opens the door for some exciting possibilities. 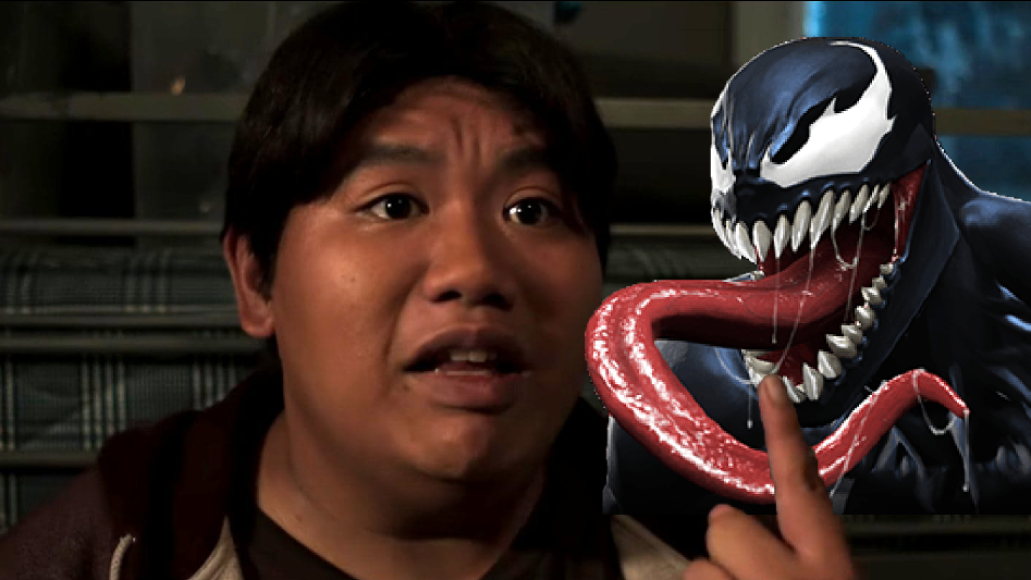 Okay, this is admittedly a stretch, but you can’t say “venom” around Spider-Man and expect people not to think of one of comics’ all-time great arch-enemies. When Ned (Jacob Batalon) is grilling Parker about his abilities, he asks, “Can you spit venom?” No, he can’t, but Ned can sure drop a name. Tom Hardy was recently announced as the lead in Sony’s Venom standalone film, and although the movie is currently not connected to the MCU, Marvel may be slyly planting some seeds with that quick mention. 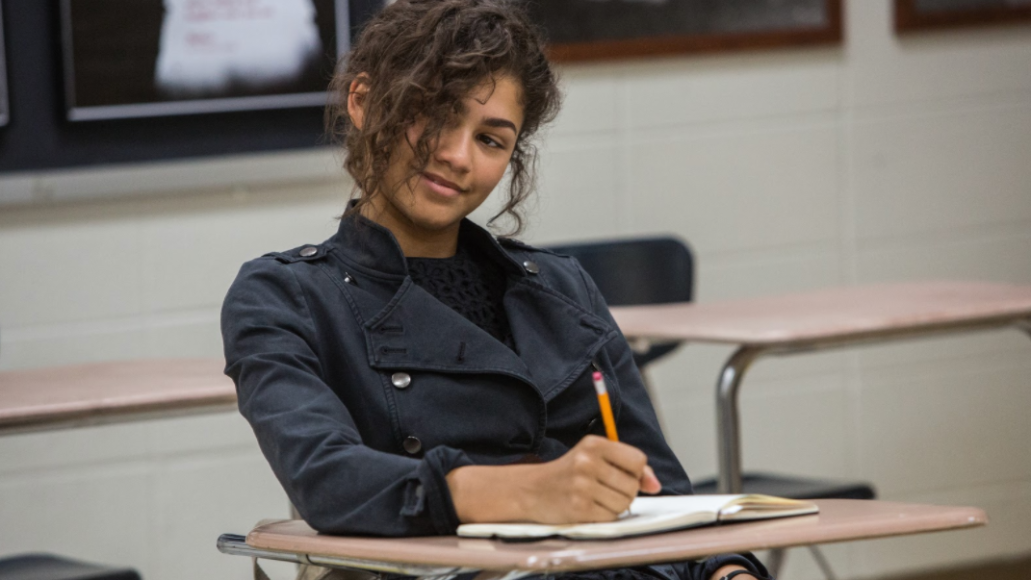 It was long speculated that Zendaya had been cast as Peter Parker’s main love interest, Mary Jane Watson. Still, she was always referred to as Michelle in cast listings and in the film itself, so the assumption was she’d be a totally original character. At the end, however, she reveals that her nickname is indeed MJ, Mary Jane’s preferred moniker in the comics. Kevin Feige has stated emphatically that Michelle is not Mary Jane Watson, but considering what they’re doing with Zendaya’s character, we doubt we’ll see the redheaded inamorata in the MCU anytime soon. Giving Spider-Man’s main romantic lead such a drastic rewrite was a gutsy call by Marvel and Sony, but as with so many of the decisions in this movie, it paid off handsomely. 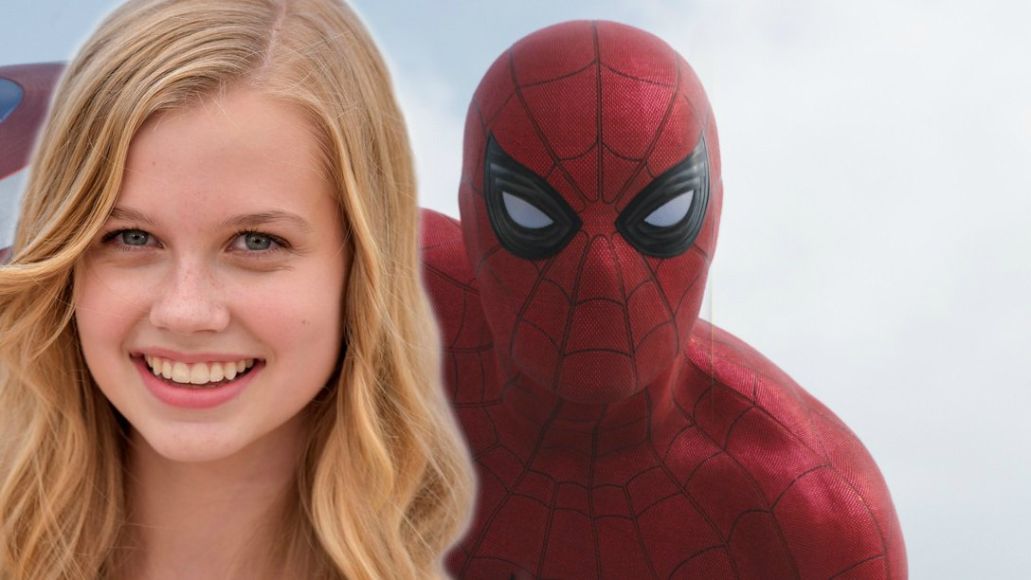 Betty Brant, as played by Angourie Rice, only appears on the Midtown School of Science and Technology student news broadcasts, so it’s understandable if you glossed over her inclusion. Brant is important to the Spidey mythos, though, as she’s one of his earliest love interests and eventual co-worker at The Daily Bugle newspaper. In Homecoming, her awkward co-anchor is Jason Ionello (Jorge Lendeborg Jr.), an even more minor character who used to bully Parker alongside Flash Thompson. 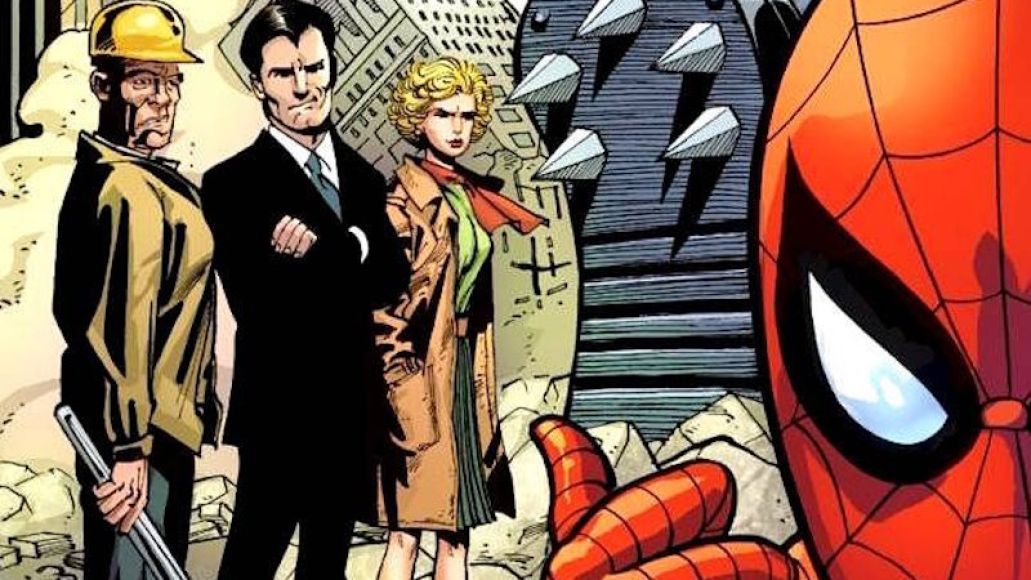 This is such a comic book institution that ABC even tried to make a TV show about it. In the books, Tony Stark launches Damage Control as a public service project with Wilson “The Kingpin” Fisk to clean up all the mess left in the wake of superhero activities. In a logical twist, Homecoming turns it into a government agency that also gives motivation to the film’s antagonist. It would’ve been neat to tie Fisk into things, but last we saw him in Netflix’s Daredevil, he was still incarcerated.

A Geek's Guide to All the Easter Eggs in Spider-Man: Homecoming