Last month, Aphex Twin launched a clock counting down to something on his website. Today, all has finally been unveiled: a newly updated website jam-packed with goodies for new and old fans alike.

The fresh site is comprised of a new online shop and digital archive where listeners can stream a number of the elusive producer’s releases. Included are expanded reissues of albums like Syro and Drukqs, with some even boasting previously unreleased material. There’s also a collection of tracks that have surfaced in the past, such as “4xAtlantis take1” from April.

As FACT points out, listeners can also get their hands on the limited-edition 12-inch that Aphex Twin dropped during last month’s Field Day festival in London, where he also hosted his first-ever live-stream event. For those looking for stuff beyond Aphex Twin, the site comes stocked with selections from Richard D. James’ other monikers (AFX, Polygon, etc.). 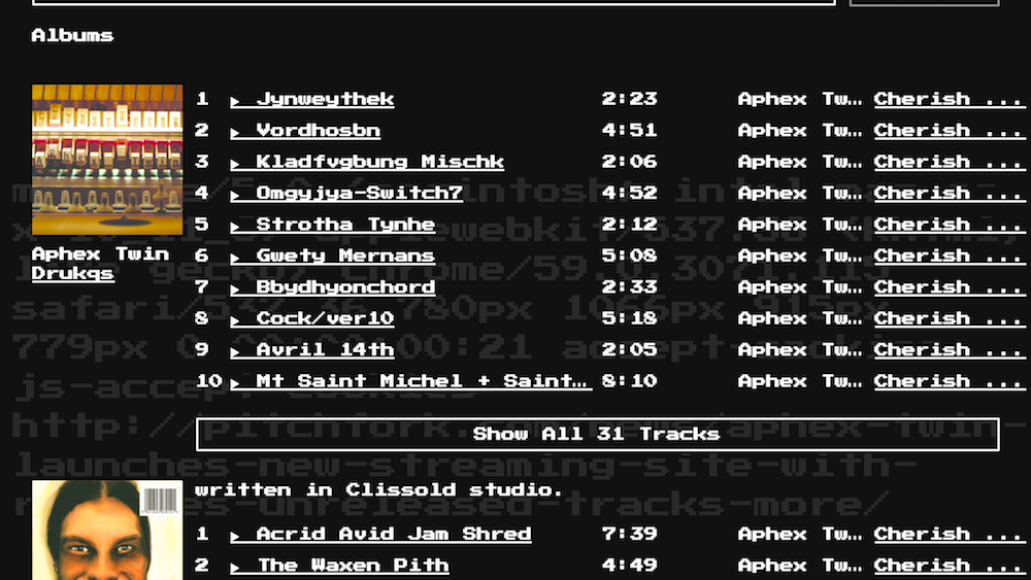