Today, Arcade Fire release their first album in four years, Everything Now. Apple Music and Spotify users can stream it below.

The 13-track collection follows 2013’s Reflektor and marks the band’s fifth full-length effort to date. It was produced by Arcade Fire, Daft Punk’s Thomas Bangalter, and Steve Mackey, with co-production by Markus Dravs, recorded at Boombox Studios in New Orleans, Sonovox Studios in Montreal, and Gang Recording Studio in Paris.

(Ranking: Every Arcade Fire Song From Worst to Best)

“There’s sort of an everything-nowness to life, I feel like almost every event and everything that happens surrounds you on all sides,” frontman Win Butler explained in an interview with BBC Radio 1. “It’s trying to capture some of the experiences of being alive now in all its flaws and all its glory.”

In his review of the album, executive editor Philip Cosores concludes Everything Now is “the first album of the band’s career that veers away from being a greater statement.”

Next month, Arcade Fire will kick off a sprawling North American outing before closing out 2017 with a few Latin American dates. Find the full itinerary here. 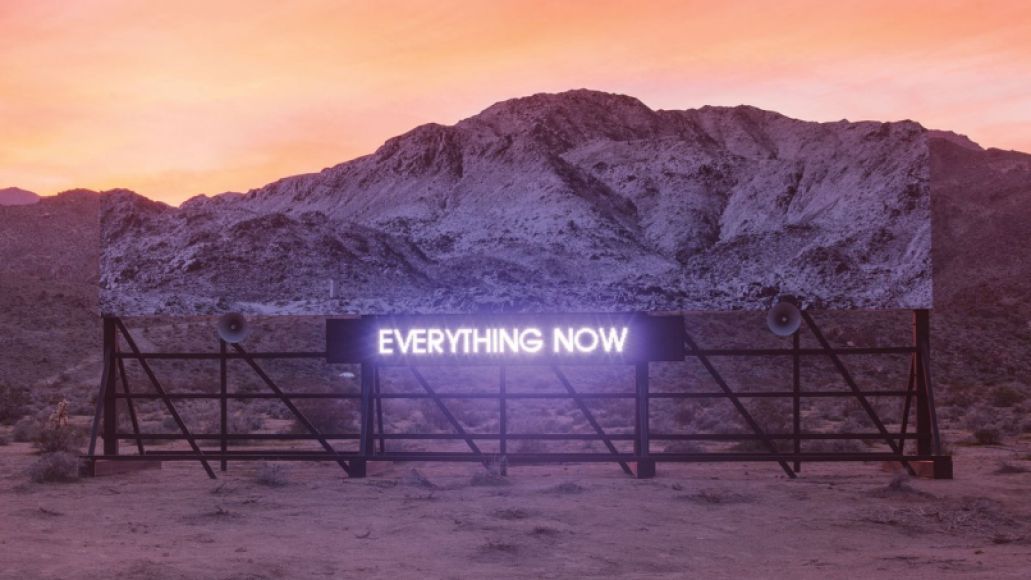