Gary Numan announced his 2017 tour schedule late last month, and now he’s revealed what he’ll be touring behind. The industrial gothic icon has announced his new album, Savage (Songs from a Broken World), set for a September 15th release via BMG.

Marking Numan’s 22nd full-length of his career, Savage follows 2013’s Splinter (Songs From a Broken Mind). Produced by Ade Fenton and recorded in Los Angeles and the UK, the record was largely written during the last presidential election. Trump’s victory and climate policies became Numan’s twisted inspiration, leading to a concept album set in a post-global warming apocalypse. A press release describes the concept best:

“There is no technology left and most of the planet has turned to a desolate desert wasteland. Food is scarce, water even more so, and human kindness and decency are just a dim and distant memory. Western and Eastern cultures have merged, more because of the need to simply survive than any feelings of greater tolerance or understanding. It’s a harsh, savage environment, as are the survivors who still roam across it.”

“The songs are about the things that people do in such a harsh and terrifying environment,” Numan said in a statement. “It’s about a desperate need to survive and they do awful things in order to do so, and some are haunted by what they’ve done. That desire to be forgiven, along with some discovered remnants of an old religious book, ultimately encourages religion to resurface, and it really goes downhill from there.”

As a first taste, Numan has shared the haunting “My Name is Ruin”, which features backing vocals from his 11-year-old daughter, Persia. Listen below.

While Savage (Songs from a Broken World) will be available on all standard formats, vinyl versions will include the additional tracks “If I Said” and “Cold”, while the deluxe CD will also have “If I Said”. Find the vinyl tracklisting below along with the album art. 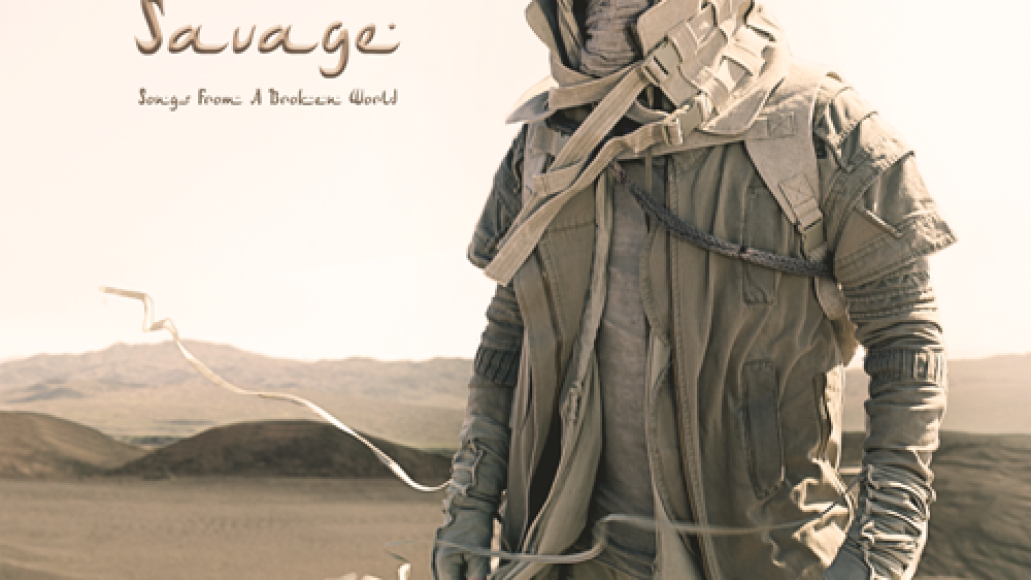