If you go to Setlist.fm and look up the Hollywood Forever Cemetery listings, the two most recent entries are last night’s Planetarium performance featuring Sufjan Stevens, Nico Muhly, Bryce Dessner, and James McAlister and Chester Bennington’s single-song serenade during May’s funeral for Chris Cornell. Bennington killed himself earlier on Thursday. As fans entered through the cemetery gates with blankets and wine to sit in the cool Los Angeles night and ponder galactic wonder with Sufjy, many stopped by to pay respects to Cornell, on what would have been his 53rd birthday.

The universe is unfathomably large, measured in units that dwarf our own experience to the point of incomprehension. But if you squint right, it’s also uncanny in its tininess, where these tangentially related bodies in space — Bennington, Cornell, Sufjan, the audience — could connect and bounce off each other. Stevens would talk a lot during the performance, charming fans with his own reflections on our solar system. But when he mused on the tendency for chaos, citing black holes and death, it was easy to look around and see the strange capability of coincidence and order as a counterpoint. 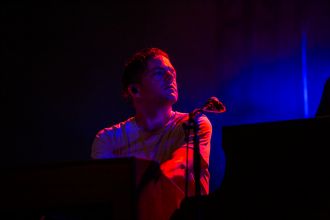 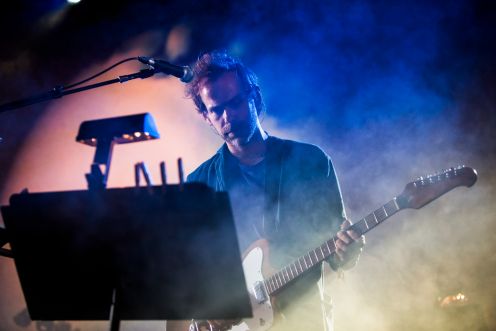 For the night’s own shining star, Planetarium marked a completion of a several-year orbit. For his most recent solo affair, Stevens retreated away from the neon Age of Adz for the spare, heartbreaking Carrie & Lowell and followed it with a year of playing music festivals that somehow reconciled the sad Sufjy with the exuberant one. The Planetarium show is also a marriage of two different sides of the artist, where the sonics often veer into trippy, Auto-Tuned territory, but the sentiment is still very much reflective. Everything Stevens creates is wide-eyed and thoughtful, and Planetarium takes this idea to its biggest place yet. Once thought to be making an album for each of the states in the US, Planetarium dwarfs this concept in the sheer magnitude of its subject.

But the power in the performance, in Stevens, is when things feels at their most quaint. Leading up to the epic “Earth”, Stevens declared that it was his favorite planet. Sure, he was stating the obvious. Earth is our home, full of beauty and wonders that baffle when deeply considered. And it’s also the place where billions of people intersect each other, oftentimes for fleeting moments and sometimes significantly enough to forge a deep enough connection to be remembered. One of those was buried at Hollywood Forever, a band of those were performing there on Thursday night, and one of those took his own life near the beach on the other side of town. Earth is the only place we’ve known for life and death to exist. For a moment, a simple declaration of its significance and its singularity felt as big as the planet itself. 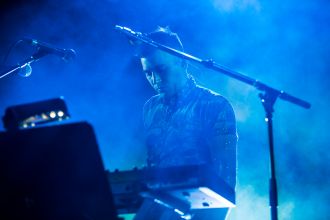 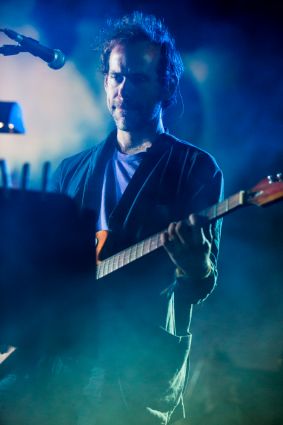 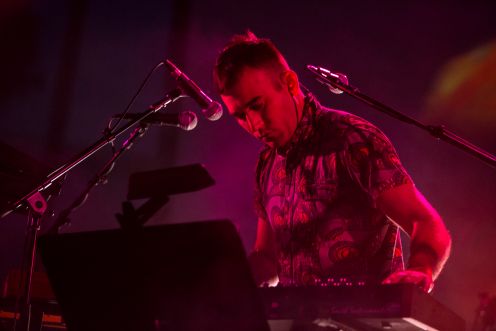