Nine Inch Nails plan to release two new EPs before year’s end, completing a trilogy of records that began back in December with Not the Actual Events. The second installment has been announced for next week. Entitled Add Violence, it’s a five-track EP that “finds the band becoming more accessible and impenetrable at the same time,” according to a press release.

“The sonic palette expands significantly from Not the Actual Events, incorporating elements of beauty into the dark dissonance. The narrative arc linking the three records begins to emerge through the disassociated lyrics and the provocative and clue-filed cover artwork and accompanying physical component.”

Our first preview of Add Violence comes in the form of the EP’s opening track, “Less Than”, which you can stream below. Pre-orders are ongoing via the band’s website ahead of its July 21st release date. 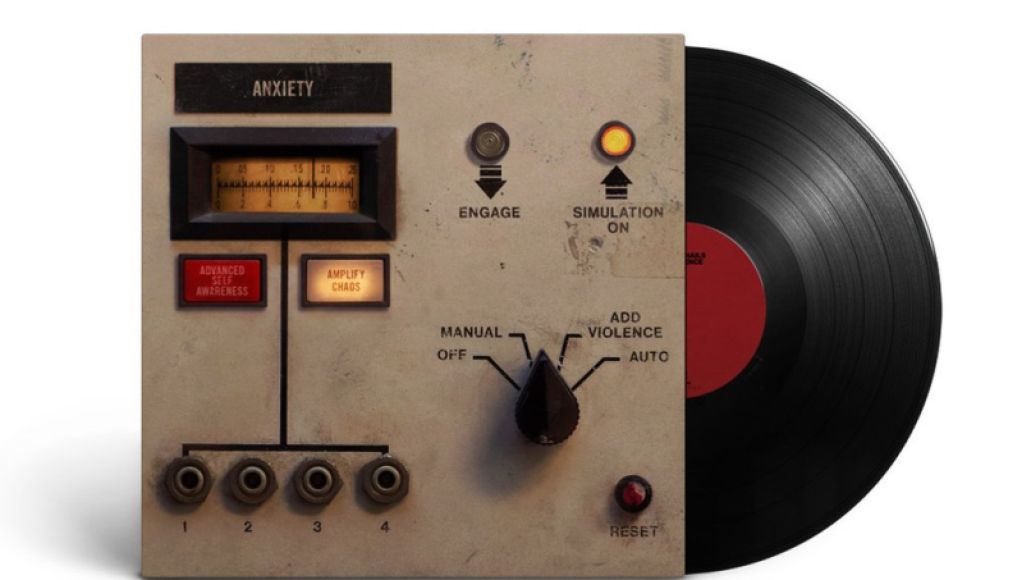