Radiohead’s Ed O’Brien has teamed up with Fender to create his own signature guitar. The first instrument to be developed and cosigned by a Radiohead member, it’s dubbed the “EOB Sustainer Stratocaster”.

The new signature item is highlighted by a Fernandes Sustainer pickup, a “uniquely designed electronic system that enables the controlled sustain of any single or group of notes within the guitar’s sound range”; O’Brien has performed with a Sustainer for well over a decade now.

According to an official statement, the guitar’s neck plate is engraved with a custom “Flower of Life” design instead of a signature stamp and features “a Seymour Duncan JB Jr humbucker at the bridge.” Its “‘infinite sustain’ is controlled by an on/off switch, an intensity knob, and a three-position switch — fundamental only, harmonic only, or blend.”

As some stealthy fans have pointed out, O’Brien has brought this new model on Radiohead’s tour behind A Moon Shaped Pool, using it to play all of the LP as well as older catalog selections like “Paranoid Android”, “Lucky”, “The National Anthem”, “Kid A”, and more. The “EOB Sustainer Stratocaster” is expected to be available for purchase later this year.

Below, check out a pair of pics of the guitar. Head here for more info. 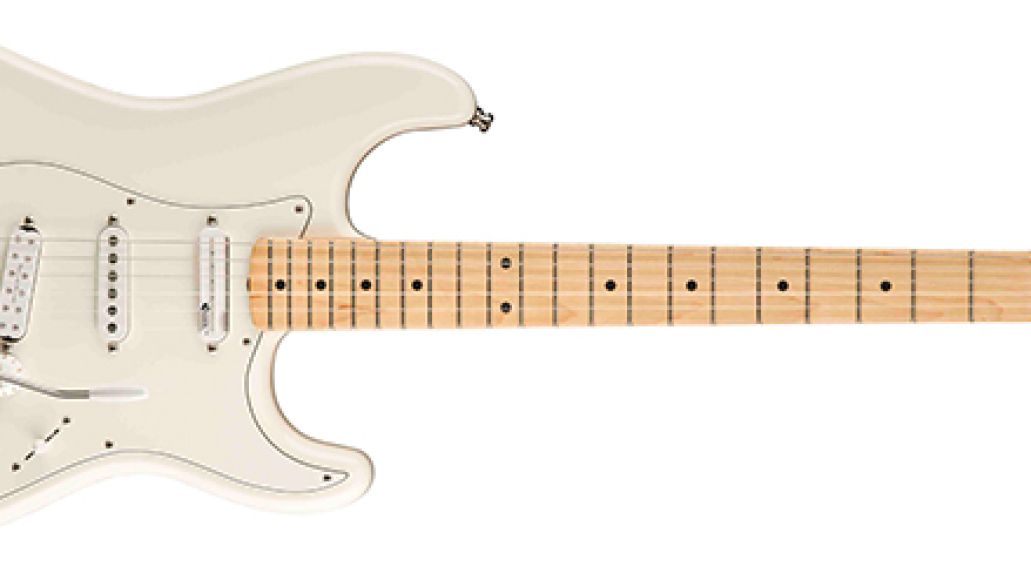