Welcome to Dissected, where we disassemble a band’s catalog, a director’s filmography, or some other critical pop-culture collection in the abstract. It’s exact science by way of a few beers. This time, we sort through the best and worst of Hollywood’s greatest hope for original blockbuster filmmaking.

I saw Memento twice in theaters. The first was due to the great reviews it was getting early on and the fact that it starred the great Guy Pearce. The second was after walking out of Pearl Harbor about 10 minutes in — just after the dogfight scene, if I recall correctly — and into the theater next door to revisit the work of a young genius named Christopher Nolan. I thought to myself, I hope this guy sticks around.

And he has. In under two decades, his movies have featured cops, magicians, thieves, and Jokers. He’s shot in both black and white and color (sometimes in the same movie), showed us dreams and death, and given us a whole lot of Michael Caine. He not only resurrected a franchise from the depths of a nippled-batsuit-hell, but also created the greatest comic book movie of all time.

Critics agree that Christopher Nolan is one of the great modern filmmakers — and you’ll see why ahead. 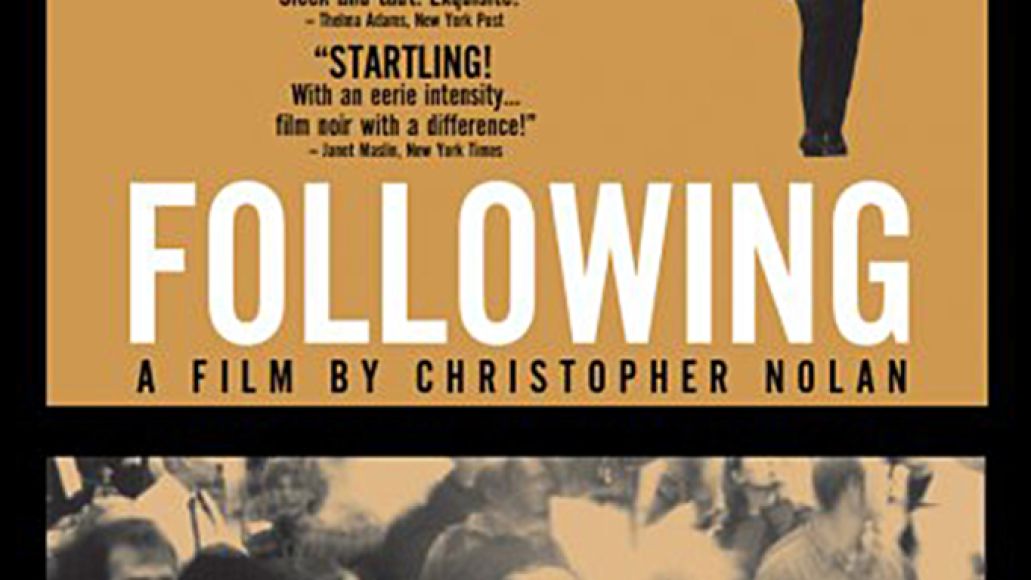 Press Release: A young London writer, Bill, starts following people around to see if he can drum up inspiration for his fledgling writing, learn about human behavior, and, more importantly, characterization.

“Yeah, but is Michael Caine in it?”: Well, the budget of Following was an estimated $6,000 bucks. According to IMDB, Caine was paid $250,000 for Gambit, in 1966. Taking inflation into account, I suppose I understand why Caine couldn’t make an appearance in this micro-budget brain-buster.

Career Charge: Considering Theobald, Haw, and Russell barely had careers beyond this film, it’s a safe bet (approximately $3 billion and counting in box office) to say that this film launched the career of the young Brit who handled the shooting, editing, producing, writing, and directing behind Following, Christopher Jonathan James Nolan.

Best Shot: Is it fair game to talk about the last shot of a film that came out 16 years ago when many still haven’t seen it? Read the next bits, but we’ll just throw up the ol’ SPOILER: After tricking poor Bill (Theobald) into being his rube, murdering the blonde, and basically getting away with everything, Nolan frames an ace long shot of Cobb (Haw), standing alone in the crowd by himself, and as just enough people appear in the foreground, poof, he disappears. Sneaky, competent stuff right there. 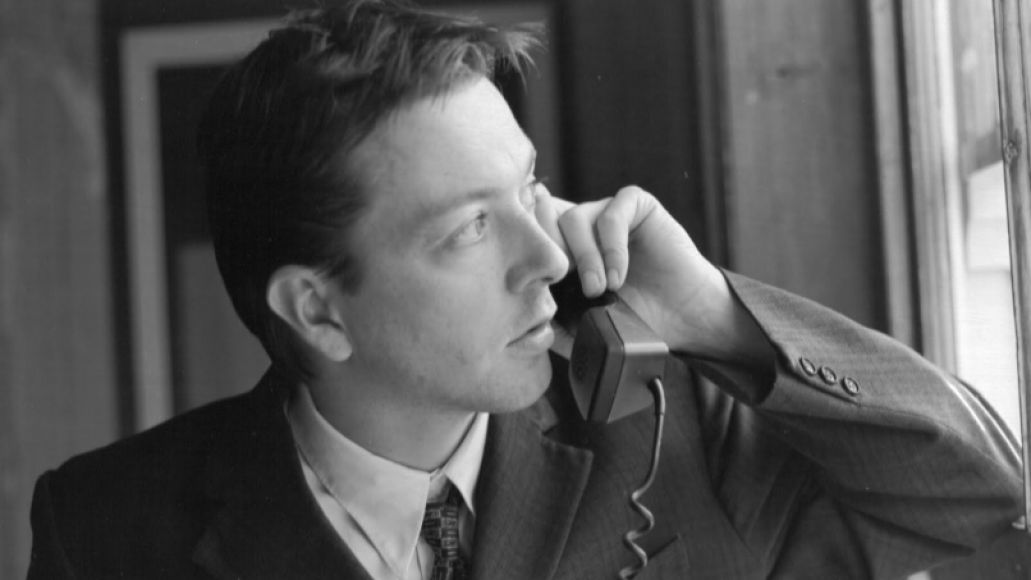 Non-Linear Notes: Nolan took a chance by employing a non-linear structure to his tiny film (an editing style that he’d later use in Memento, Batman Begins, and The Prestige), which reveal his interests in withholding information, subjectively playing with his characters and forcing audiences to evaluate his work a little harder than usual. Nolan allegedly became interested in non-normative, parallel structures in storytelling after reading Graham Swift’s Waterland at age 16, and he never looked back. The old DVD and new Criterion allows for viewing the movie in chronological order, which really amplifies how impressive the film actually is. Instead of clear definitions for characters and stories, you get to follow arcs into legitimate surprises.

Bat-Fan? It’s blink or you’ll miss it moment, but as Bill and Cobb leave one of the apartments they’re raiding, a nice Batman emblem can be seen. It’s likely not career foreshadowing for Nolan, everybody likes The Dark Knight, but how cool of a connection is that?

“Nah. Look at the books. They’re college educated.”: After graduating from University College London, Nolan made Following over the course of a year on weekends. He personally financed the film, and made it with friends after getting zero traction with UK financiers for projects he pitched in the late ‘90s. Nolan came up with the concept for Following after his apartment was burgled, and he began to wonder what could be going through the minds of home intruders while they rummage through people’s personal, private spaces. It shows in some of the film’s more casual and crackling dialogue. When Cobb explains to Bill why he breaks into people’s homes, he asserts that it’s not for the money, but “for the adrenalin, and because, like you, I’m interested in people.” Nolan’s literally explaining what goes through the minds of people, a concept that would be a staple of his talkative filmography.

Analysis: Following is primarily a heady little doodle; an exercise in process and likely just learning how to make a movie. That said, as far as first features go, Nolan showed infinite potential, and his own particular interests, what with the film’s curious themes, attention to detail, and early mastery of non-linear narrative. It’s unpolished and raw and hungry and it makes for great indie viewing.

Ranking: Every Christopher Nolan Movie from Worst to Best