Note: The following feature was originally published in February 2014.

Film is the closest thing to religion in my life. I’m no Gregg Turkington, but my obsession in the area dates way, way back. I guess it helps that my parents never held back, either, granting me the freedom to watch fluff like Runaway Ralph alongside hard-R comedies starring Eddie Murphy. Because these were my escapes, and so much of my young life revolved around the VCR, my earliest introductions to music were tied to film soundtracks. In fact, the first album I ever received was the Back to the Future soundtrack, which I eventually warped to dust.

Back in the era of Peaches Records and Sam Goody, soundtracks carried an important role for young listeners. Their curatorial abilities introduced countless minds to acts that would otherwise go unnoticed for many, many years to come. If I loved a particular song in the film, I’d wait until the end of the credits, scribble all the song titles down, and try and see if my parents or friends had any of the records. If they didn’t, I was off to the record store in hopes of finding the soundtrack. (I recall the non-existent Ferris Bueller’s Day Off soundtrack giving me the runaround until Napster.)

In honor of these oft-forgotten vessels, we’ve assembled a list of the 30 best songs from soundtracks both new and old. However, we’ve refused to include any covers, scores, or musical numbers, while also focusing solely on tracks exclusive to the soundtrack. In this way, we aren’t just listing any random classic song used in any number of movies. No, these are original tracks specifically tailored for the film. So keep that in mind as you’re clicking through the popcorn classics ahead.

Scott Pilgrim Vs. The World 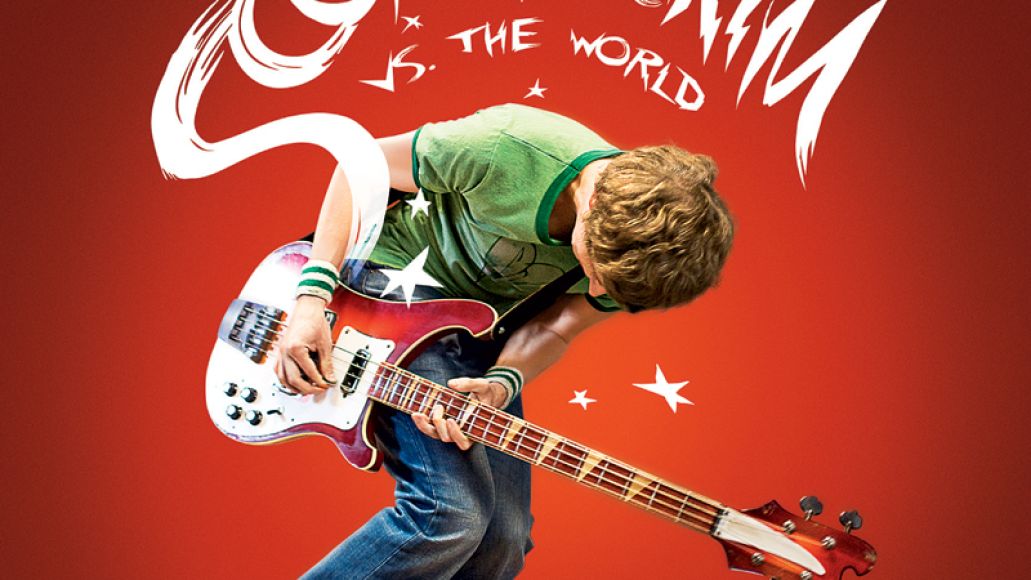 Sex Bob-Omb, the fictional band in Edgar Wright’s 2010 comedy of Canadian proportions, thrash and emote their way through a few rounds of the G-Man-sponsored Battle of the Bands, leading up to a truly epic musical showdown at the film’s climax. But it’s the song they rip through during the film’s opening credits that catches the viewer’s attention right away, counted off by the ferocious Kim Pine (Allison Pill) before smashing her drum kit like a young Teresa Taylor. Known in some circles as “Launchpad McQuack” (mostly Scott’s), “We Are Sex Bob-Omb” helps to set the tone for the rest of the film, and by the end of the rapid-fire two minutes, everyone watching is echoing Knives Chau’s reaction.

“Film Buff” Fact: All of the Sex Bob-Omb songs in the film were written and composed by Beck, who helped the actors in the fictional band learn to play not only the songs, but the instruments as well. Except Michael Cera, who already knew how to play bass because of course he did. 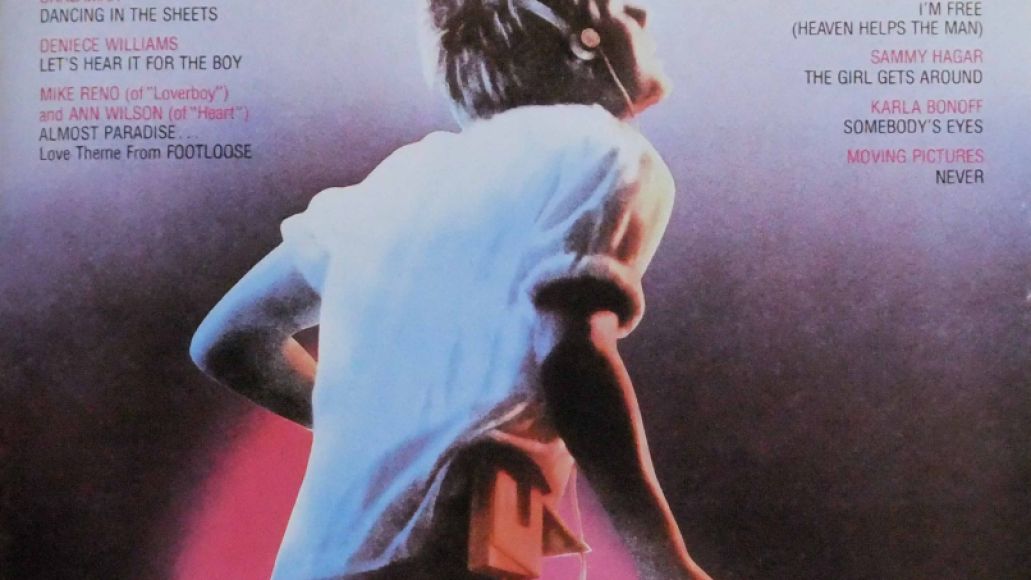 Nowadays, “Holding Out for a Hero” sounds like something Trey Parker whipped up for South Park. (Hear: “Montage” from the show’s “Asspen” episode.) Still, you can’t fault Bonnie Tyler for capitalizing on sounds that were clearly Top 200 material at the time. With Footloose, she danced toe to toe with the ultimate theme master Kenny Loggins and came out on top with a song that races by at speeds that rival The Flash and references to Superman that would make Bruce Wayne foam at the mouth. Dial that ear of yours on the keys, then push further below to hear the spacey arcade scales lasso up and down under Tyler. And ugh, the way her vocals peak three and a half minutes in just makes me want to go save kids in Uganda, or pack a lunch for that Streetwise guy on the corner, or drink fat-free milk. Something.

“Film Buff” Fact:  While the song dutifully soundtracks Footloose‘s hilariously suspenseful Shoelace Scene, it would later reappear in the climactic ending of Short Circuit II as modified Johnny Five speeds to the rescue. Why do I remember this junk? 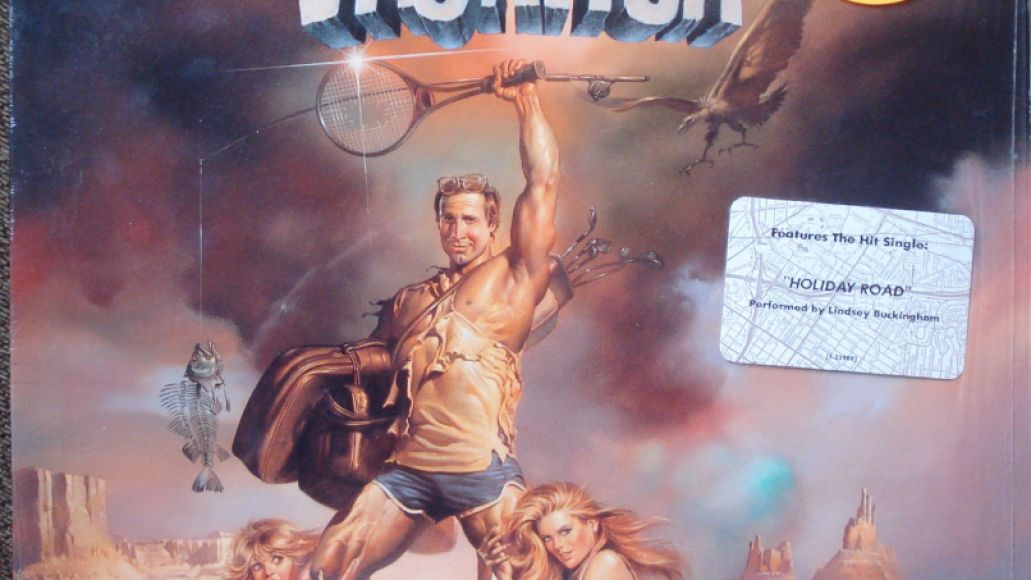 “Holiday Road” dances over the slideshow opening credits of National Lampoon’s Vacation. This little earworm also hitchhiked its way into National Lampoon’s European Vacation, as well as underrated gem of a sequel Vegas Vacation (“I won the money, the money is mine!”). Rock and Roll Hall of Famer and Fleetwood Mac guitarist extraordinaire Lindsey Buckingham crafted this bouncing diddy and certainly got lots of mileage out of it. Don’t expect this silly song to chart again. But give it a listen and think back on the darkly comedic choices of late legendary director Harold Ramis, who no doubt included this happy melody to stand in contrast with the misery that is Clark Griswold’s life.

“Film Buff” Fact: Buckingham contributed original songs to several films, including “Twisted”, a 1996 duet with former lover and bandmate Stevie Nicks, that appears on the Twister soundtrack. Both the song and film are forgettable. But the Twister ride at Universal Studios Florida was pretty cool. 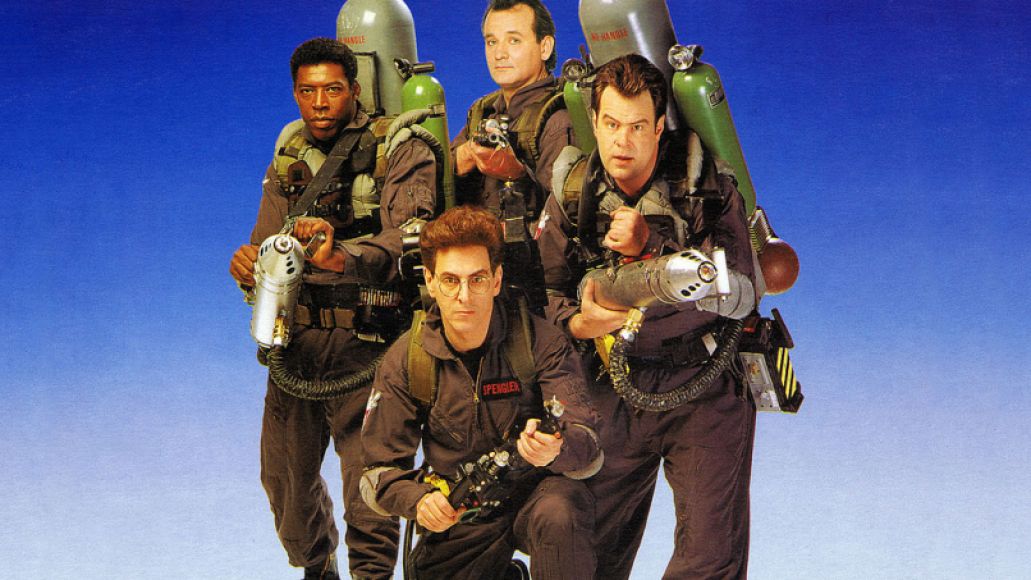 Sure, Ray Parker, Jr.’s classic Academy Award-nominated (!) theme to Ghostbusters continues to haunt Halloween parties and sports games year after year. But really, it’s not a great song. It works off the sort of repetition and melody that makes it impossible to forget or destroy, like “Happy Birthday” or “Merry Christmas” or “London Bridge Is Falling Down”. The far superior Ghostbusters-related song belongs to Bobby Brown. The New Jack swing of “On Our Own” stinks of the late ’80s, but those orchestral hits combined with the spectral harmonies are too addicting. Brown’s vocals are classy enough to keep this out of the dairy section, and the instrumentation is lush enough to conceivably have been used on Michael Jackson’s highly underrated album, Dangerous. But hey, maybe it’s too hot to handle, too cold to hold.

“Film Buff” Fact: The singer himself makes a cameo in the film as a doorman. As the late Egon Spengler tells him, “The proton packs are not a toy.” 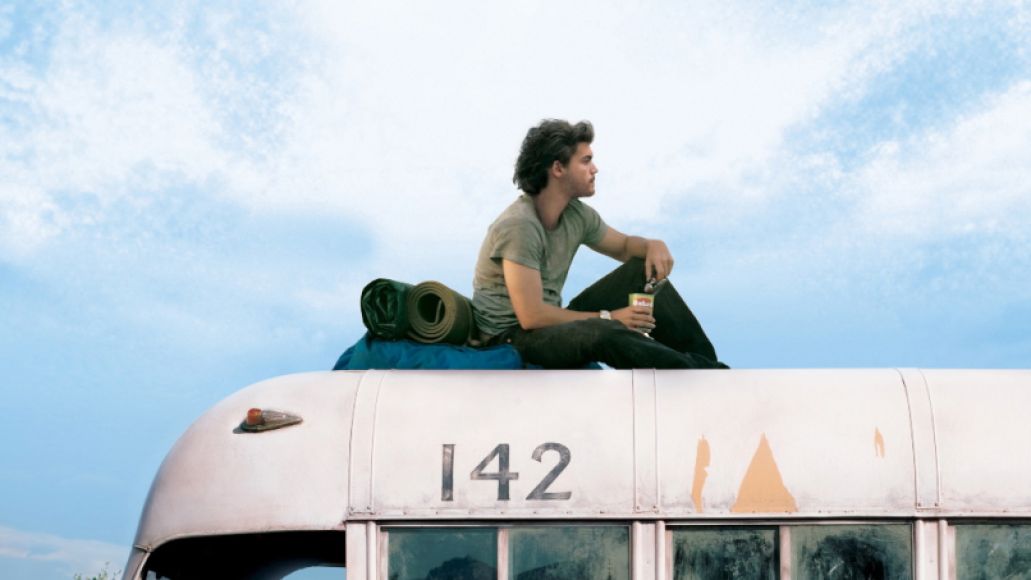 When Into the Wild director Sean Penn heard “Guaranteed” for the first time, he said he knew it was “the musical voice of Emile’s character,” that being the young nomad Christopher McCandless. Eddie Vedder‘s guitar breathes optimism, plucking at the heart strings of those who know Chris’s fate, while his mournful voice provides a dark to the light of the guitar. The lyrics are all based on the exploits of the journeyman, searching for meaning in a world he’s never known to just give those answers away. The line for McCandless’s sister Carine is particularly stirring and showcases Vedder’s tight grasp on the emotions and regrets of Christopher, as he sings, “Don’t come closer or I’ll have to go, owning me like gravity are places that pull. If ever there was someone to keep me at home, it would be you.”

“Film Buff” Fact: The song won Vedder a Golden Globe in 2007 and was nominated for a Grammy the following year.