Lists are fun, right? Back in April, Consequence of Sound ranked the Top 50 Albums of 1997, which saw the likes of Radiohead, Björk, and Modest Mouse looking down below from the top of the pile.

Now, our fine friends over at Discogs, the essential online marketplace where you can find literally any piece of music your heart desires, called upon a few of the music industry’s top critics to share their picks.

From legendary rock writer Rob Sheffield to The Guardian‘s own Laura Snapes to the Dean himself Robert Christgau, you’ll undoubtedly recognize every name on the list below — and respect their choices.

Well, most of you will… 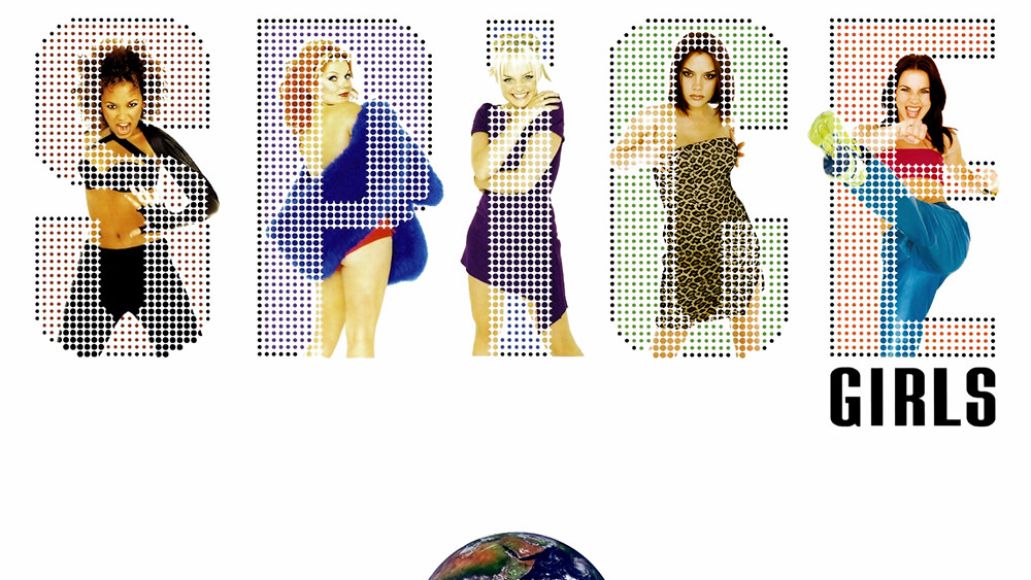 The Spice Girls were stretched wafer thin in 1997, lending their name to anti-perspirant, lollipops, crisps, cameras, clothes, and any other plastic gewgaw big enough to bear the SPICE brand. Their extra-curricular activities were so pervasive that you could almost forget that, at heart, they were the world’s biggest pop group trying to follow up a gigantic debut. The recording sessions for second album SpiceWorld took place in mobile studios in between filming scenes for the delightfully awful movie of the same name, so by rights, it should have been a lackluster facsimile of 1996’s Spice. But the five-piece doubled down on their cartoon camp, putting their brazen platform-booted stamp on salsa, Motown, doo wop and balladry. It was so tied up in their image that you never hear it played any more, but nobody needs an actual copy of Spiceworld to remember the brash piano of “Spice Up Your Life”, or “Too Much”‘s luxurious swoon (though if you happen to have it on vinyl, it’s worth a bomb now). 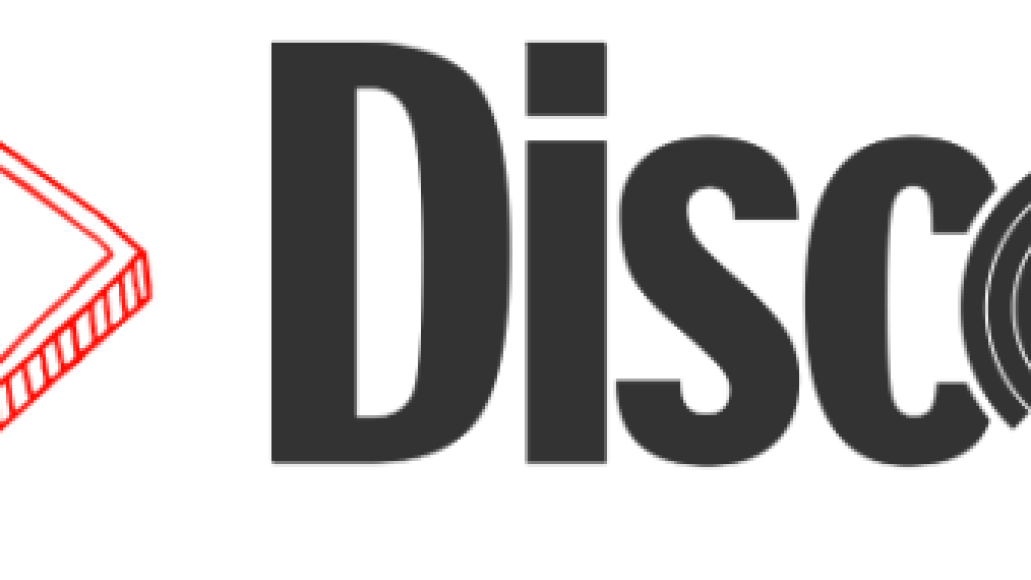 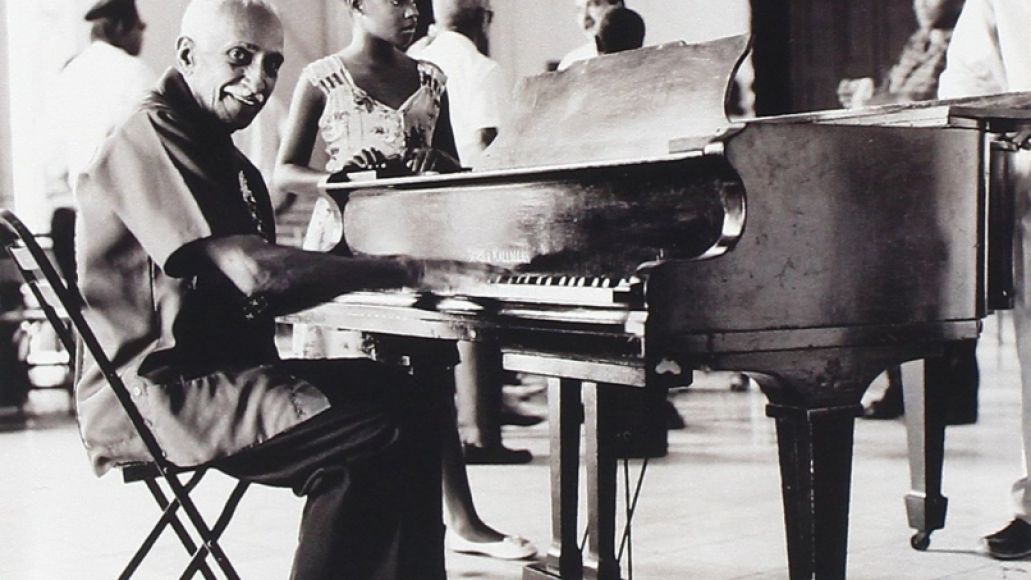 Never much for horn sections, I’ve always preferred my clave straight from the timbales, perhaps with some charanga violins for accent. But in part that’s because not even Eddie Palmieri gives up as much montuno as this 77-year-old Cuban virtuoso, making his first album as a leader five years after he thought he’d retired, his joints aching and his home piano consumed by woodworm. Rhythm and romance flow from his old-fashioned digital memory as he and his friends jam the classics, guaracha to bolero to cha cha cha. 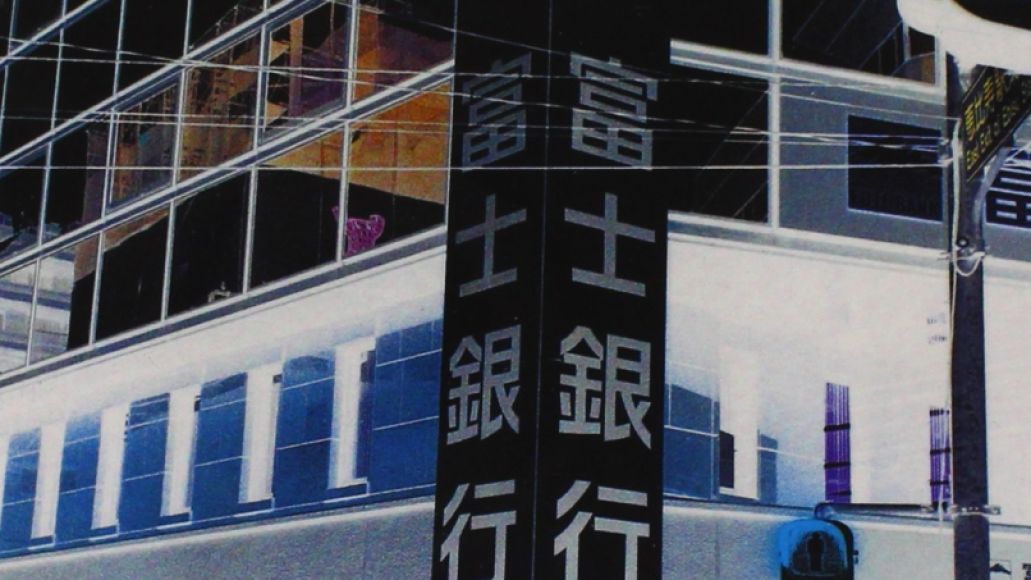 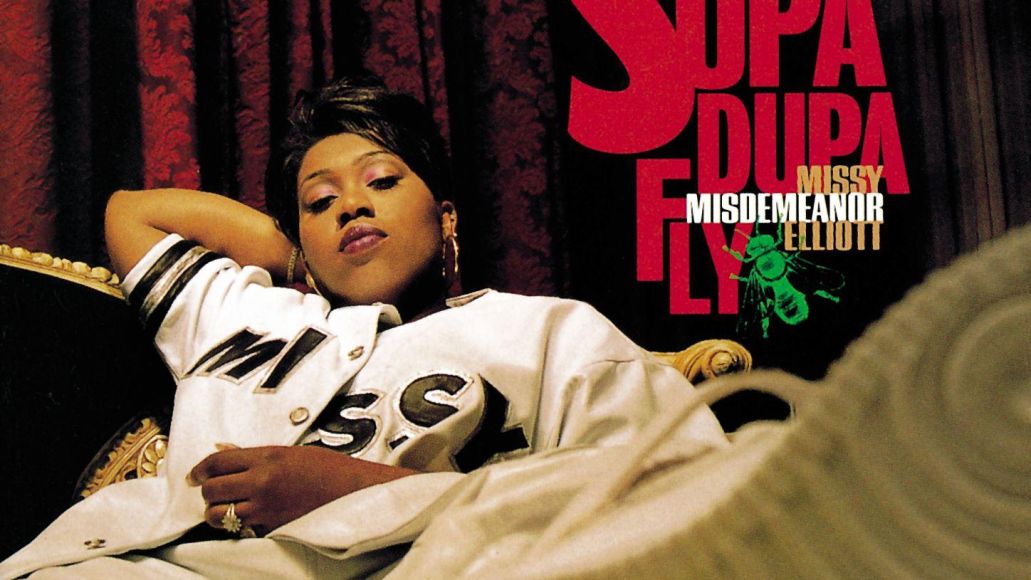 The summer of 1997: what a glorious rush of music. The saddest and bleakest time of my life, up to that point, so I clung to my radio like a life raft. A great year for quiet records, like the Softies’ Winter Pageant or Lois’ Infinity Plus or Dylan’s Time Out Of Mind. And a great year for loud records, by Biggie and Puffy and Lil Kim and Hanson. But the loudest bang belongs to Missy “Misdemeanor” Elliott. Her debut Supa Dupa Fly, with Missy leaning way back on the cover, sticking her sneaker in your face. She and Timbaland, breezing out of Virginia Beach with the keys to the Jeep, the slow-motion dankness of “The Rain”, the humid fever dream of “Sock It 2 Me”, the blizzy-blizzy blasé banter of “Izzy Izzy Ah”. It was the loudest noise at a time when I needed it most. And many times, late at night, hearing her whisper the stormy-weather blues at the end of “The Rain,” it also sounded like the quietest record in the world. 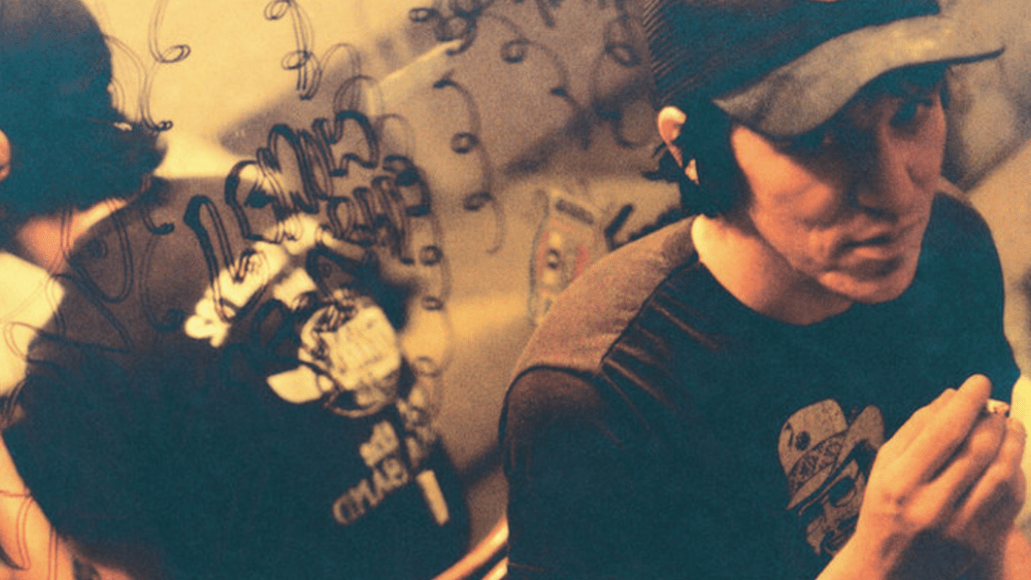 Either/Or is Elliott Smith’s third album, released in February 1997. It was his breakthrough record – the one that introduced the world to his haunting vocal style, baroque flourishes and the Beatles-esque simplicity that underpinned his entire output. From “The Ballad of Big Nothing” – with its chugging pop sensibility – to the urban melancholy of “Angeles” and the shimmering alt-rock lullaby of “Rose Parade”, this was a record that cemented Smith’s place in music history as a troubled troubadour with a flair for off-kilter beauty. 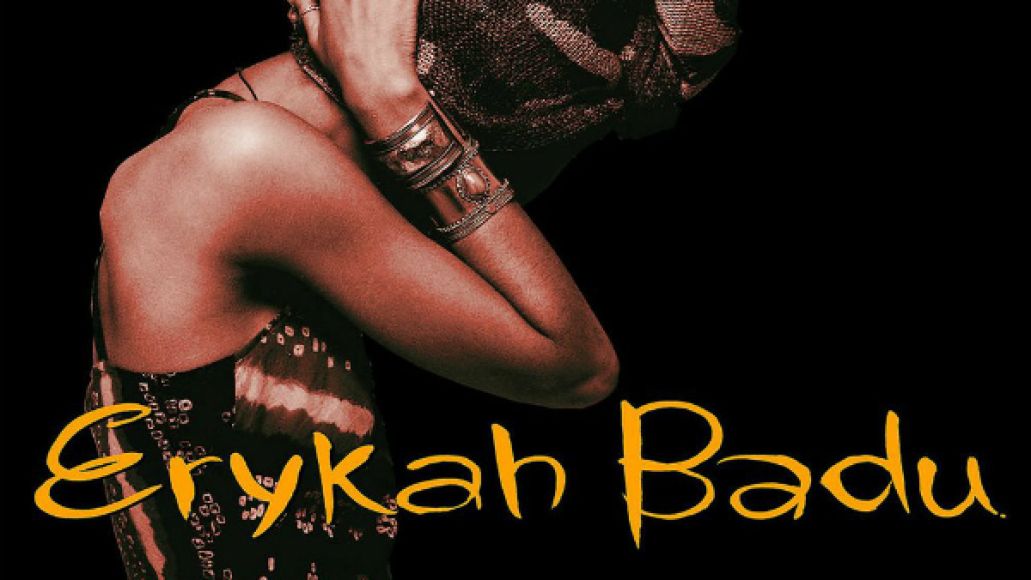 1997 was the beginning of the age of soulquarians. Hip hop, soul and a renewed hippy spirit that coalesced around the warm nurturing sound of Erykah Badu’s voice. Bauduizm, her unbelievable first album, pointed in a future where swag and mindfulness would meet and she was a being from that future, returned to teach us all: “I have some food in my bag for you/ Not that edible food the food you eat?/ No I have some food for thought/ Since knowledge is infinite it has infinitely fell on me.” Her apple tree was full of woody drum sounds, intelligent synths and enlighten lyrics. It is because of Baduizm and Badu’s Neo soul that 1997, at least for me, sounds like a place you can come back when everything else it out of order. Oh, and we would probably never have had D’Angelo’s Voodoo. That would have been a bummer for R’n’B. 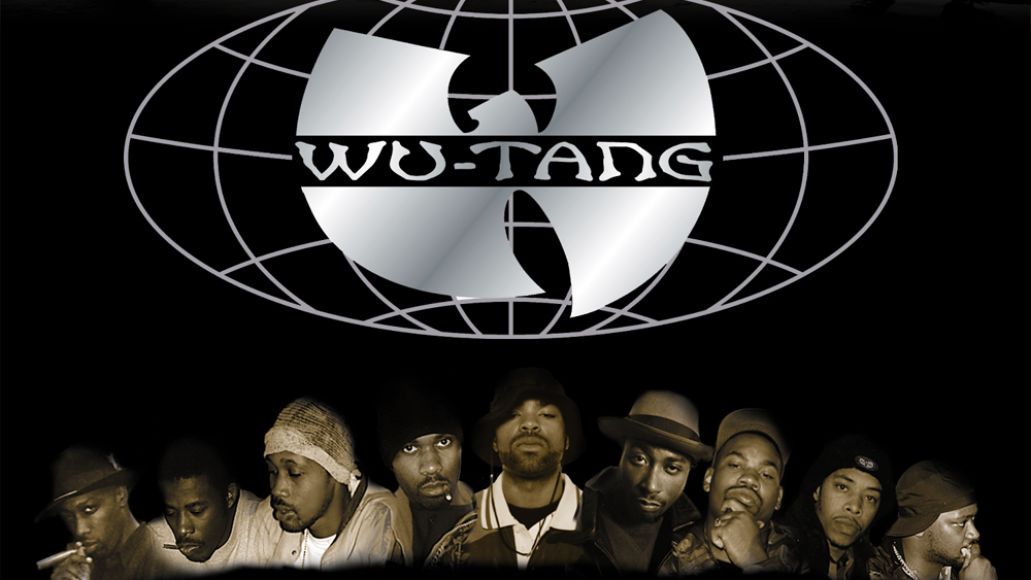 Major label hip-hop was more experimental, more daring, more just plain weird than most things being called “alternative” in 1997. The stuttering start-and-stop Seals & Crofts beat of Busta Rhymes‘ “Put You Hands Where My Eyes Can See“; the rubbery push-pull jalopy-spaceship of Timbaland & Magoo‘s “Peepin’ My Style” and Missy Elliott’s “The Rain” (Supa Dupa Fly”); that screeching and screaming DJ Q-Bert turntable solo at the end of Dr. Octagon‘s “Blue Flowers“, just reissued by Dreamworks. Add a Hype Williams fisheye and a David LaChappelle photo shoot and the whole year felt like it was blasted from the future.

The sprawling Wu-Tang Forever was just a dumping ground for fabulously strange ideas, producer RZA (with assists from 4th Disciple, True Master and Inspectah Deck) taking the broken boom-box sound they were forged on, exploding it from the claustrophobia of 1993’s Enter the Wu-Tang (36 Chambers) and turning into a stylized epic. Clocking in at nearly two hours, the number of good ideas on display is absurd. A young Miri Ben-Ari squalling and squealing violin solos across “Reunited”; the way the music on “For Heaven’s Sake” feels a few beats behind the downbeat of the raps; “Cash Still Rules” skipping and skipping on the last segment of Skeeter Davis saying “shore” and slowly fading out while Method Man is still rapping; whatever busted squall happens at the end of “Bells of War”; the errant, hard-panned noises all over “The Dog Shit.” The best might be building a song on Love‘s desolate “Signed D.C.” and letting just a little more of Arthur Lee‘s voice appear as the song goes on — “S—,” “Some,” “Sometimes I—”  — without ever letting him finish. There’s entire essays that can be written about the overdriven snares. The lead single had “hypotheses” in the opening lines.

The Seven Best Albums of 1997, According to Seven Top Music Critics