When I was 12, my friend Chris and I started writing lyrics together. We never had a game plan or anything (neither of us played any instruments at the time) — these were just melodies we would sing in private to make each other feel cool. As far as the music itself went, it was 1996, so we pretty much got into whatever was on mainstream rock radio, which meant a lot of Smashing Pumpkins, Alice in Chains, and, of course, Nine Inch Nails. I don’t think either of us owned The Downward Spiral, as “Closer” was ubiquitously controversial enough that our parents knew better than to let us purchase it. But we did own two separate copies of Pretty Hate Machine, and we were drawn to a track that had the potential to be equally controversial had it ever gotten any airplay. 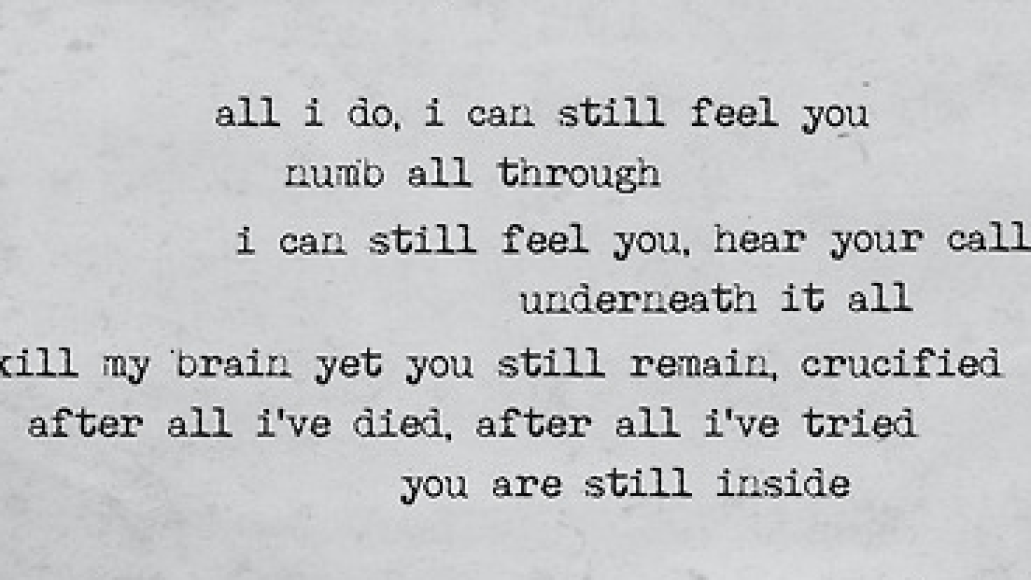 The song was called “The Only Time”, and in addition to the sleazy porno bass line, it had the lyrics “Lay my hands on Heaven and the sun and the moon and the stars/ While the Devil wants to fuck me in the back of his car.” As 12-year-old boys, we naturally thought this shit was the coolest. So when we began penning our own words, we went straight for the jugular, coming up with things that we just knew would get us in trouble should our parents ever stumble across them. Sample lyric of Chris’: “I’m just like gasoline/ I’m always fuckin’ mean.” Edgy, right?

Well, our parents did stumble across them. I was the only one with a computer, and my Dad found a scroll of continuous stationary filled with our toilet poetry. At the top was a NIN ripoff of mine called “Lapdog”, which pretty much involved me aping Trent Reznor’s dark imagery without any of his eloquence, creativity, or genuine emotion. The lyric that really caught my Dad’s eye was “Little Bo Peep got fucked by her sheep.” Of course, when he asked me who wrote it, I immediately sold out Chris. After further interrogation, I said that Chris and I wrote it together. (I was and still am a terrible liar.) 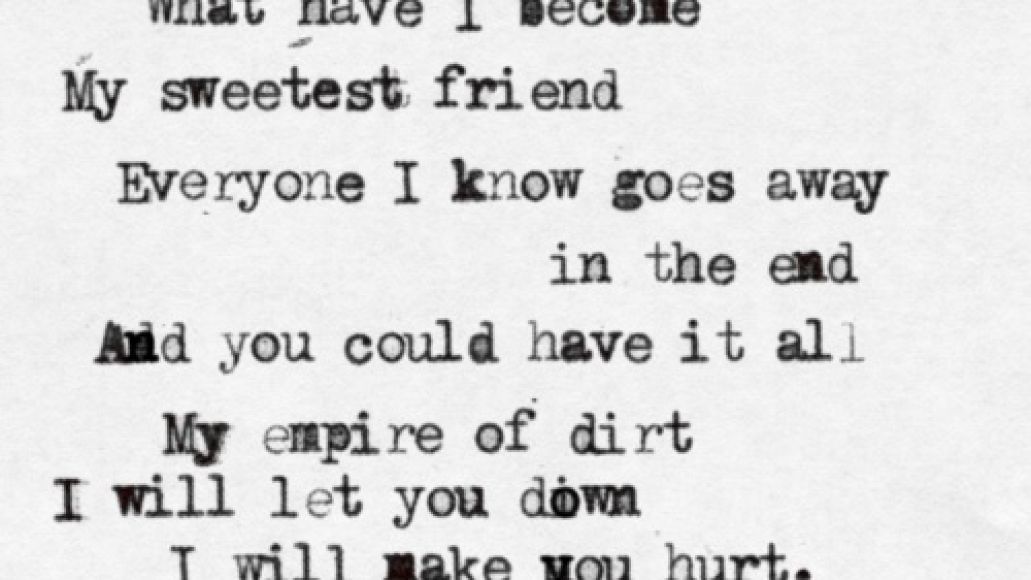 After even more grilling from my father, I admitted it was all me. He proceeded to my bedroom with an empty kitchen garbage bag and began throwing away my scant CD collection. Dirt, Short Bus, Superunknown, and Pretty Hate Machine: it all disappeared into the noisy maw of black plastic. Through my haze of tears, I didn’t realize that if my Dad really wanted to throw away my records, he would have tossed them straight into the actual garbage along with the dryer lint and food waste. But hey, I was 12. Even though he gave back all my music after my inevitable grounding had ended a couple weeks later, I had every right to believe I’d never see my beloved tunes again.

It’s important to note that I didn’t get in trouble for writing dirty words; I got in trouble for lying. Regardless, both my shitty nursery rhyme riff and my terrible lie (“Terrible liiie!!!”) started with the music of Nine Inch Nails. The image of Little Bo Peep getting fucked by her sheep in a meadow or Trent Reznor getting fucked by the devil in an Aerostar is laughable, yet when you’re in middle school, it feels dangerous, provocative, and so. fucking. cool. Trent, your music has evolved and so have you. But you could still get a lot of kids in trouble with their parents. 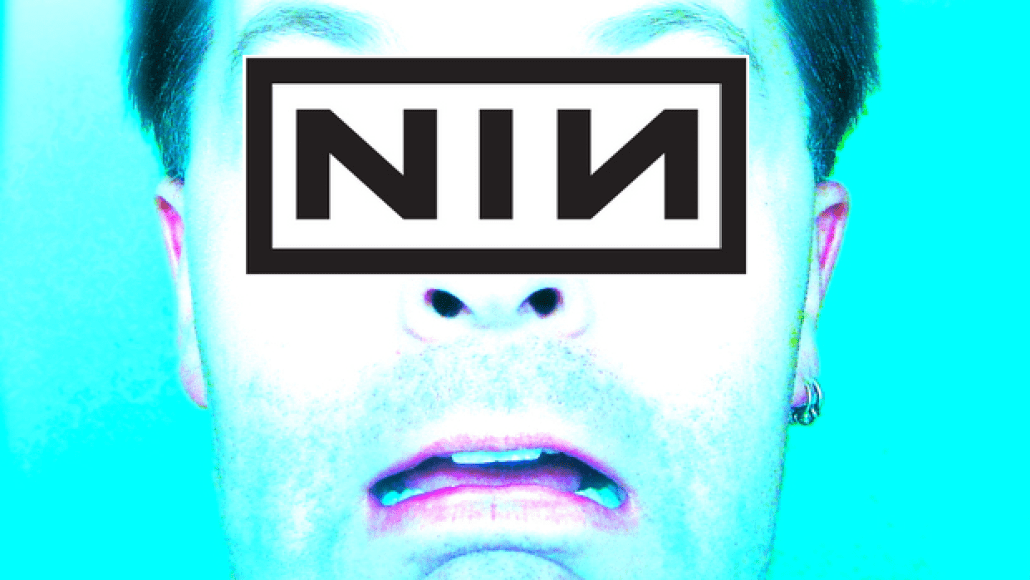 Anyways, here are 10 songs my parents hated … and probably yours did, too.

If a parent walked into a dark bedroom warped by the sounds of “Something I Can Never Have”, they would probably reach for a Bible. The track’s hazy aura and piano strokes, similar to a down-tempo rendition of the torturous theme from The Twilight Zone, make walls shiver and hearts tremble with its almost-empty foundation. Reznor succeeds in crawling underneath your skin with every minute, especially when the piano stares him down as he painfully croons among the industrial grinds and collisions. He attempts to escape such hell to find happiness, but it can only be found through one thing: possibly a drug, lover, item, or imagined creation. Its voice “echoes just like the ringing in [your] ears,” continuously teasing and torturing your heart — well, if you have one.

Contentious Lyrics: “I still recall the taste your tears, echoing your voice just like the ringing in my ears/ My favorites dreams of you still wash ashore, scraping through my head till I don’t want to sleep anymore”

Days Grounded: One week of sleeping outside

10 Nine Inch Nails Songs That Freaked Your Parents Out