On Sunday, September 3rd, David Lynch and Mark Frost’s iconic series Twin Peaks comes to an end. In anticipation, Consequence of Sound will be reporting live from The Great Northern Hotel with some damn fine features all week. Today, Editor-in-Chief steps out of reality and visits the Fireman, who has some secrets about what may or may not lie ahead. It’s our final round of predictions for The Return.

After waiting for decades, the ending to Twin Peaks is finally upon us. On Sunday evening, David Lynch and Mark Frost’s iconic masterpiece will come to a close, wrapping up a story that has entertained as much as it’s bewildered. For over three months, we’ve watched their outstanding epic unfold on Showtime, slowly witnessing the return of Special Agent Dale Cooper (Kyle MacLachlan), who looks primed and ready to put back the evil for good.

Or maybe he doesn’t? That’s the sick beauty of Lynch and Frost’s twisted universe. More often than not, there are no real answers just as there aren’t any concrete endings, so to assume that all will end well is fairly naive in retrospect. For all we know, Cooper could get himself trapped in the Red Room again, only this time with no potential for escape. We hope that doesn’t happen — please, Mr. Fireman, don’t let that happen — but who knows.

We’ll soon find out. Though, with only two hours left, this two-part finale is going to be one hell of a marathon run, especially considering how much is left on the diner table. Will we find out what’s going on in the Palmer residence? Will Balthazar Getty return as Red to flip more spectral coins in the air? Will Audrey (Sherilyn Fenn) escape whatever hell she’s in? Will we find out what happens to Sheriff Truman … the original Sheriff Truman, that is.

It’s all one big shrug right now, but that’s an exciting place to be. It’s the unknown, and longtime fans of Lynch can attest to how the unknown can be curiously comforting. Because, in his own Lynchian way, things do eventually connect, even if it may seem like he’s only tossed more puzzle pieces on the table. On the surface, it may look like a convoluted mess, but as Gordon Cole once said: “Two and two do not always equal four.”

Steven and Becky Burnett are Dead

Spoiler: Steven Burnett (Caleb Landry Jones) is a total scumbag. He’s also probably a dead scumbag. In “Part 15”, we saw him running around the forest behind Fat Trout Trailer Park, frantically mumbling to his mistress, Gersten Hayward (Alicia Witt), about something he did and how he should commit suicide. Although we still don’t know what that something is, Gersten says it was “her” fault, and that he was too stoned to take the blame. They’re likely talking about Steven’s wife, Becky (Amanda Seyfried), who had previously shot up Gersten’s apartment back in “Part 11”. Perhaps Steven killed Becky, couldn’t handle the guilt of his crime, and took his own life behind that tree? No, you’re right, that gunshot we heard was probably just him target practicing.

The Great Northern Will Factor Heavily 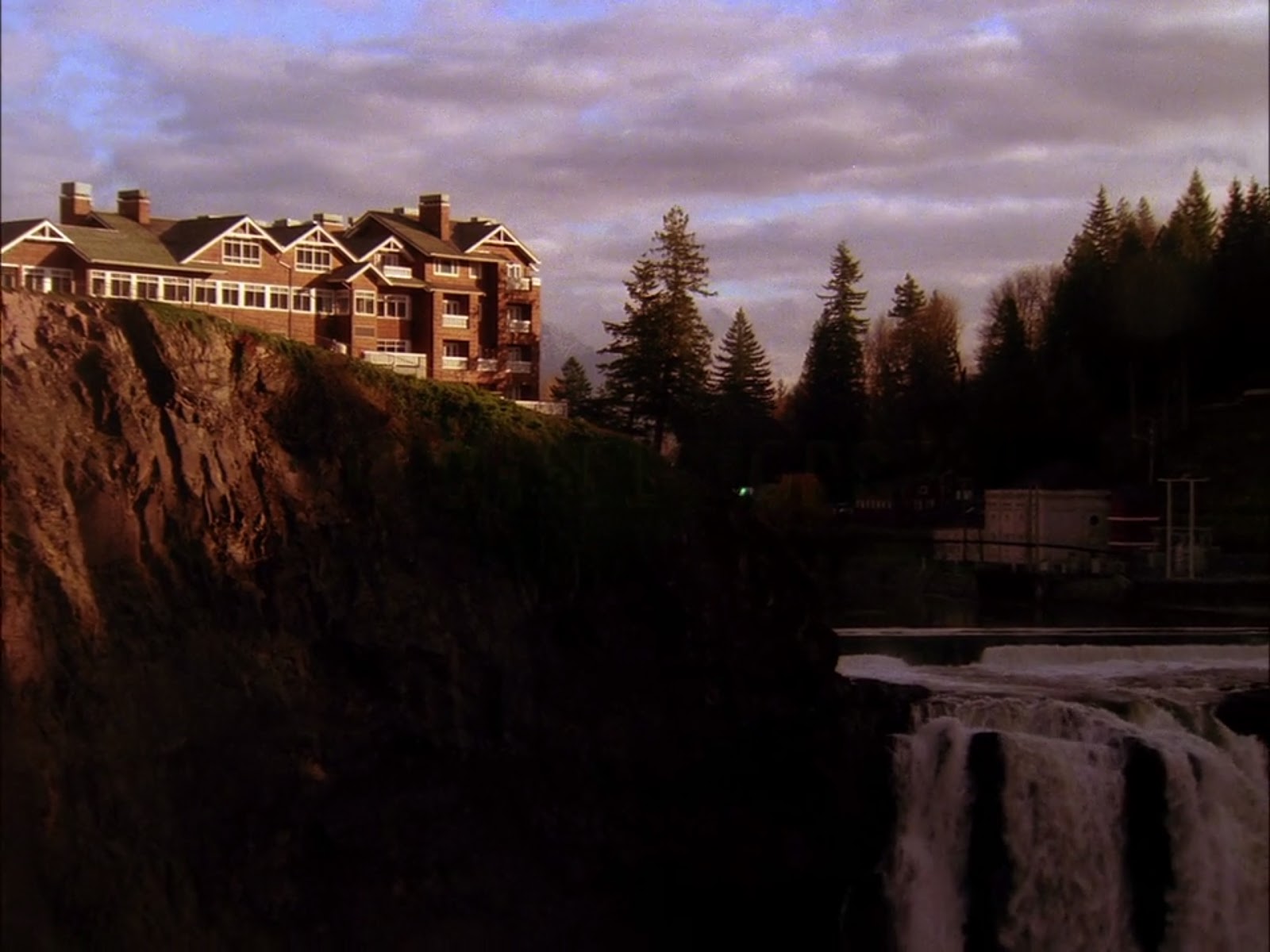 There’s a lot happening at the Great Northern. While Ben Horne’s (Richard Beymer) lavish hotel remains a clean place that’s reasonably priced, there’s also a little romantic tension in the front office, one of its security guards has an abnormally powerful right hook, and nobody can quite pinpoint where this alien noise keeps coming from — is it the floorboards? The basement? Hard to tell. What we do know is that said noise is vital to the storyline, seeing how it was the same sound that recently accompanied Cooper’s grand awakening in “Part 16”. Perhaps it’s another link to the Red Room, where MIKE (Al Strobel) is waiting for someone to return (ahem, Evil Cooper), or maybe it’s a doorway to, say, the elusive White Lodge? Save that thought for later.

Bobby Briggs Will Take Down Red

Red (Balthazar Getty) is a bad boy, but so was Bobby Briggs (Dana Ashbrook), which is why they’ve both been in the crosshairs of Shelly Briggs (Mädchen Amick). Now that Briggs is a Deputy, however, his luster has wavered considerably, or maybe there’s something that happened in the past that we don’t know about. Either way, Shelly’s heart belongs to Red, as we see in “Part 11”, when the two of them kiss outside the R&R. Unfortunately for her, Red is a drug kingpin, dealing a creepy new drug called “Sparkler”, which is most certainly the same designer drug Bobby said he was tracking in “Part 4”. If we’re lucky, Bobby will tail Red to the R&R, the two of them will talk over coffee, both will explain their situations, to which Bobby will say: “Brother, you are going down.”

Julee Cruise Will Be the Last Roadhouse Performer 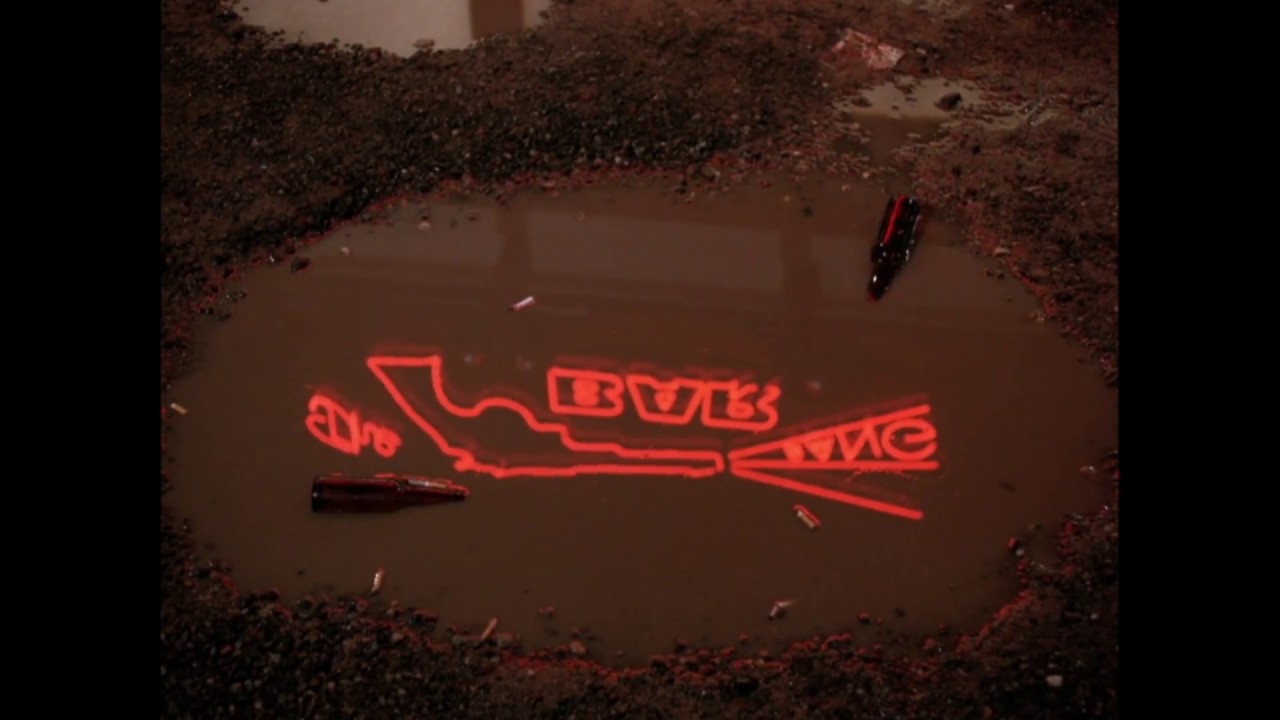 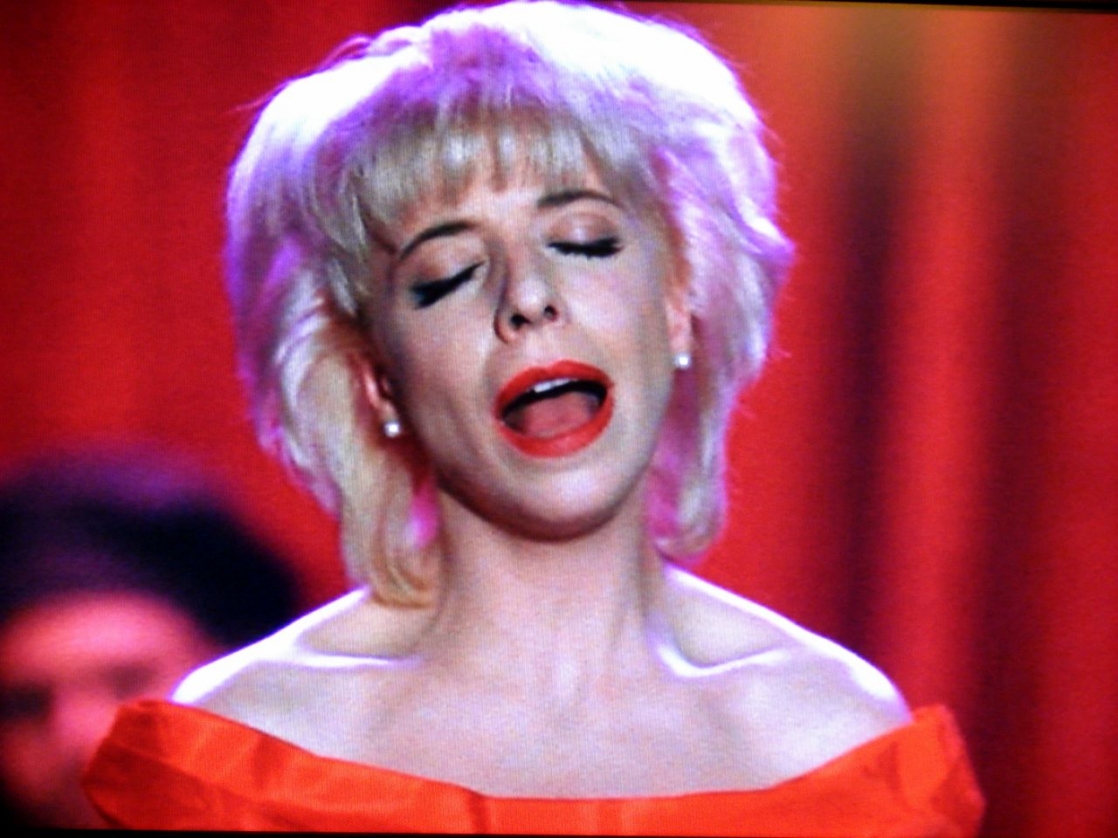 Out of all the 217 names that were leaked last year, Julee Cruise is the one musician that has yet to appear at the Roadhouse. Though, as most fans might have assumed, Lynch was saving his veteran muse for the very end, which makes total sense. After all, she’s always been the true headliner of the bar, having appeared in multiple key moments, turning songs like “Falling”, “The Nightingale”, and “The World Spins” into spiritual anthems of Twin Peaks. What she plays for Twin Peaks: The Return is a mystery to us all; it could be something old, it could be something familiar, it could be something new. Here’s hoping it’s a new song, one that can soundtrack a scene as well as this one…

Philip Jeffries Will Escape His Fate 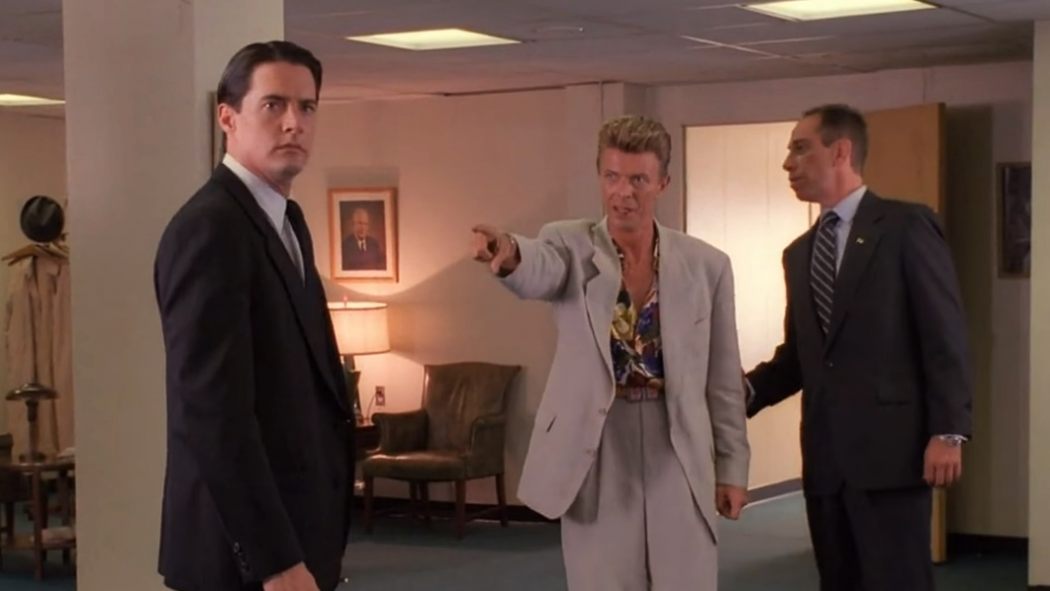 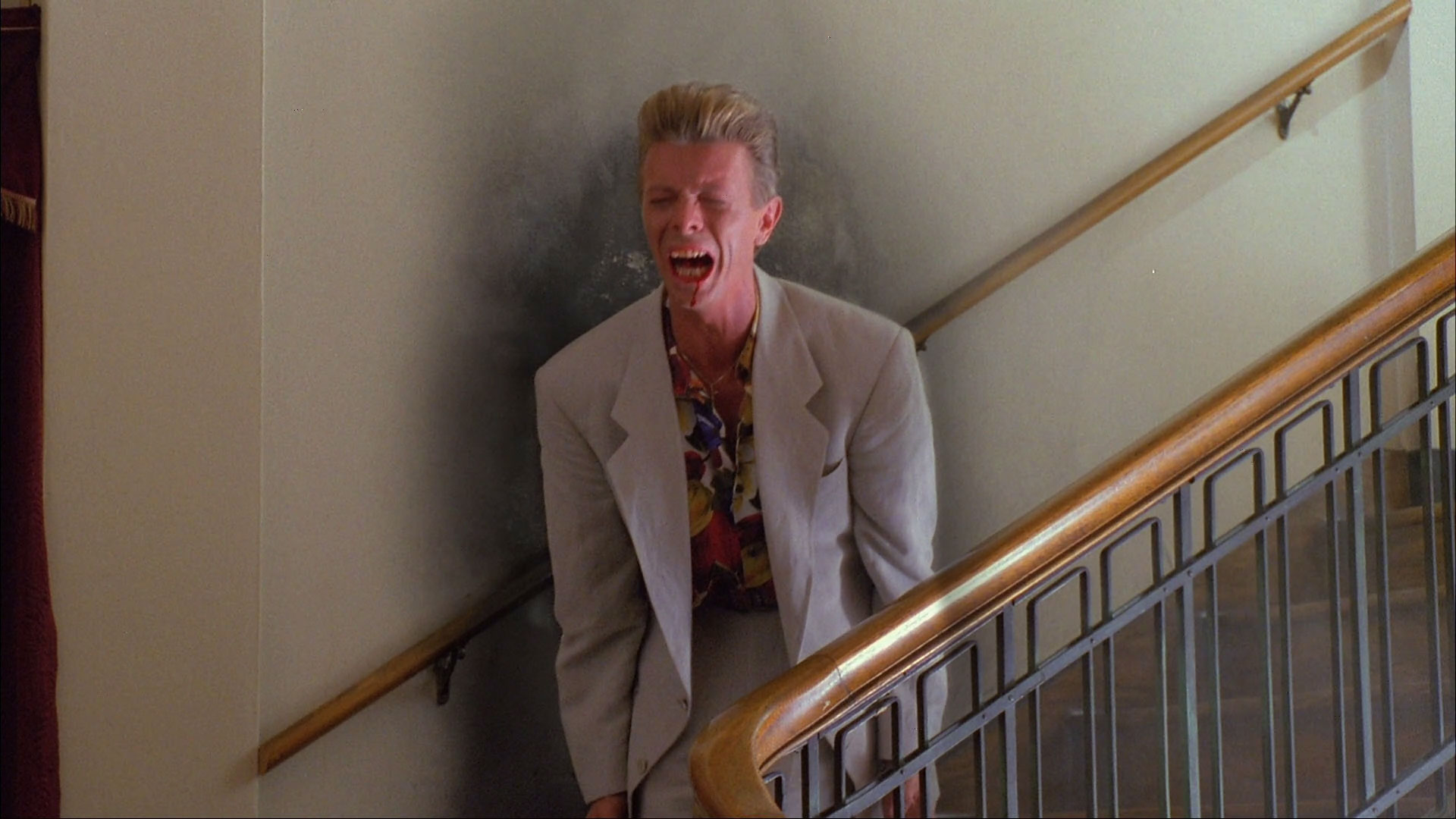 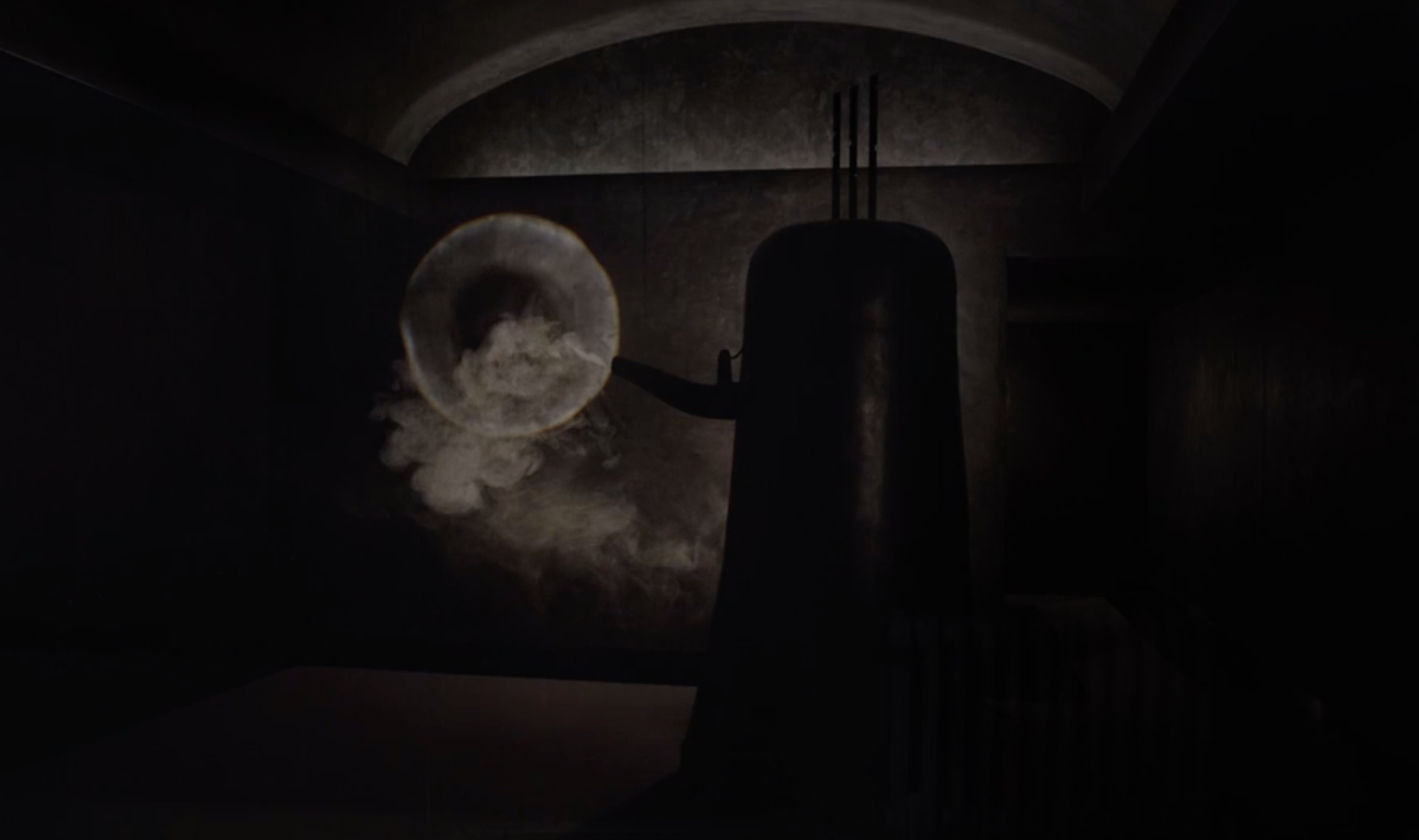 Okay, this one’s admittedly a reach, but hear me out: We now know that Special Agent Phillip Jeffries (David Bowie) has become this weird, industrial tea kettle, as we saw in his menacing encounter with Mr. C in “Part 14”. Had the Starman lived, or filmed his scenes prior to his death (a rumor that never came to fruition sadly), that miserable outcome probably wouldn’t have been the case, and the two would have been able to chat in person as opposed to on a set straight out of Eraserhead. Still, that is such a miserable fate for the former member of the Blue Rose Task Force, which is why it’s quite possible he escapes. How? Well, Lynch has been keen on using footage from Fire Walk with Me, and there are plenty of Bowie clips that were left on the cutting room floor. Who’s to say that once the conflict with Mr. C is resolved, we don’t see Jeffries randomly pop up in a Buenos Aires stairwell? Hey, the footage is right there for the taking…