Cult movie fanatics have been waiting breathlessly for the next feature from S. Craig Zahler, who created one of 2015’s best (and bloodiest) flicks with Bone Tomahawk, a cannibal-western starring Kurt Russell. Now that follow-up is here and it’s both completely unpredictable and absolutely appropriate for a filmmaker who’s clearly influenced by B-movie pulp.

Called Brawl in Cell Block 99, it stars Vince Vaughn of all people as a bald drug courier with a cross tattooed to the back of his head. After ending up in prison, it looks as if Vaughn’s Bradley ends up on the wrong side of just about everyone he crosses. As the title promises, brawls follow. Watch the teaser trailer above.

“This is a Vince Vaughn you’ve never seen before,” Zahler told EW.

He also praised Vaughn’s brawling bonafides. “I’m not in any hurry to get to the brawling, but when you land there, you will know it, and it happens for a fairly sustained period of time. Vince Vaughn was so committed to this movie and he happens to have some boxing experience which really really helped. He was skilled enough that [we could film] a shot where it was going to be five hits exchanged, 10 hits exchanged, 15 hits exchanged, 20 hits exchanged, with no cuts.”

Zahler also released a lengthy statement about the film:

I am very proud of Brawl in Cell Block 99, my second feature as a writer, director, and co-composer. Returning to this movie from Bone Tomahawk are producers Jack Heller and Dallas Sonnier, cinematographer Benji Bakshi, production designer Freddy Waff, editor Greg D’Auria, and my composing partner Jeff Herriott. I had the great fortune of collaborating with Vince Vaughn, who exceeded my already high expectations for him both as a performer and a human being. Comparably impressive to me was how fully he embraced the physically demanding and somewhat dangerous manner in which I wanted to shoot all of the fight sequences, which were choreographed by the talented Drew Leary. All of these brawls are performed by him with very few cuts and zero manipulation. I wanted these sequences to look and feel very different than those found in modern movies, and they do. The film follows Bradley through tragedy, success, incarceration, mystery, and violence, but it is his relationship with his wife Lauren that is the beating heart of the story. Jennifer Carpenter plays this key part and proves once again that she has few creative peers with her layered and heartfelt work in this picture. I also had the great fortune of working with Don Johnson, Udo Kier, and Marc Blucas. My longtime dream to write soul music with Jeff Herriott was realized on the original soundtrack for the film. Soul legends The O’Jay’s and Butch Tavares and talented newcomer Adi Armour sang these tunes, which tie into and color the environment. All of these elements build the strange and brutal world of Brawl in Cell Block 99. Get ready.

If it weren’t clear from the above quote, Zahler is a big fan of Vaughn. So big of a fan is he that Vaughn will be appearing in his next film, Dragged Across Concrete, a film about corrupt cops that will also feature Mel Gibson.

Brawl in Cell Block 99 opens on October 6th. See a poster for it below: 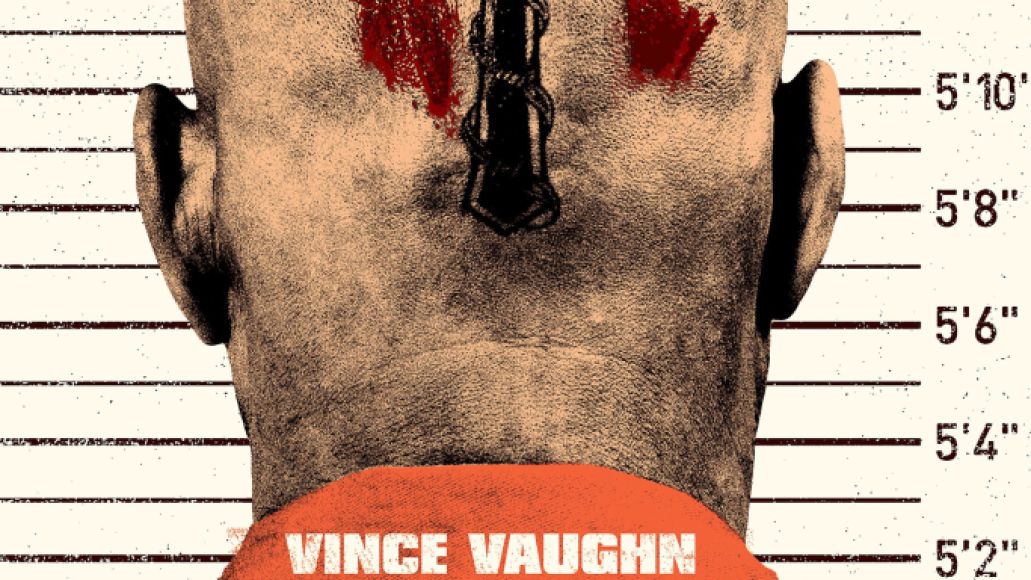 Will Smith Pushes Venus and Serena Williams to Greatness in New Trailer for King Richard: Watch

Lucasfilm Hires Viral YouTube Deepfaker Who's Better Than Them

Lucy Liu Revisits Fight with Bill Murray on Charlie's Angels Set: "I'm Not Going to Sit There and Be Attacked"