“Never in my fucking life did I ever think we’d be playing Wrigley Field,” Billie Joe Armstrong admitted during the middle of “Boulevard of Broken Dreams” with starry eyes. Truth be told, neither did we, at least those of us who grew up on Green Day during the Dookie era. Because, let’s be real, none of us were watching Rookie of the Year around that time and thinking, You know, someday those Bay Area punks are going to be playing right where Chet “Rocket” Steadman threw out his arm.

Today, however, it only makes logistical sense: By now, Green Day has headlined Lollapalooza and sold out both the United Center and Allstate Arena, and although last year’s Revolution Radio is a far cry from being the American Idiot or 21st Century Breakdown they had hoped for, their legacy speaks for itself. What’s more, they’re proven showmen that know how to carry out the type of show that will draw tens of thousands of fans to Wrigleyville on a Thursday night.

The problem, of course, is that if you’ve seen the show over the last 20 years, you’ve seen it for life. With the exception of whatever new tunes they happen to be piling on during any given album cycle — Wrigley appeared to be entertained by the six tracks off Revolution Radio, particularly “Still Breathing” — it’s still the same ol’ song and dance. 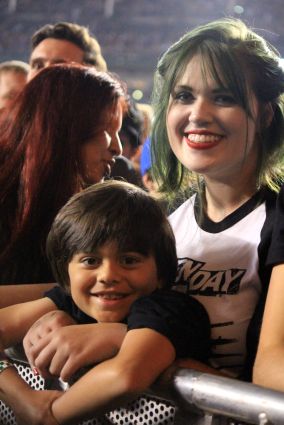 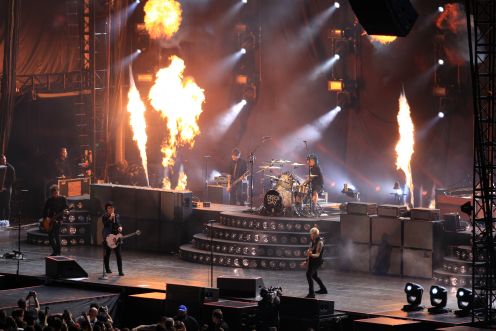 Like any traditional baseball game, where you can expect to hear “The Star-Spangled Banner” or sing “Take Me Out to the Ballgame” during the 7th inning stretch, you’re going to get all the manic “hey oh”s, you’re going to watch Armstrong send a kid off into the night with a new guitar, and you’re going to hear them spend 20 long, painful minutes welding “King for a Day” with “Shout” or “Hey Jude” or god knows whatever else they’ve added to the irritating medley.

Fun fact: This year marks the 20th anniversary of Nimrod, the very album that “King for a Day” appears on, which means we’ve been living in a world where Green Day has been playing this exact medley for basically two decades. Now, if that isn’t some fucked up Groundhog Day shit, then, well, god bless them. To their credit, Armstrong, bassist Mike Dirnt, and drummer Tré Cool never once appear as if they’re tired, giving it their all as their fans give it all back.

If it ain’t broke, right? Sure, maybe for the youngsters who are coming to see Green Day for the first time — and yes, that’s always a thing, no matter when or where you see them — but what about the fans they’ve been accumulating over the years? What’s the impetus for them? To see the new songs and relish the old gimmicks? On a long enough timeline, you start to feel like the parent of a third child, who’s sitting there watching the same play their first and second kid performed in the years prior. 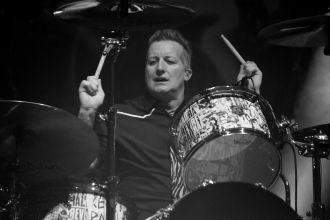 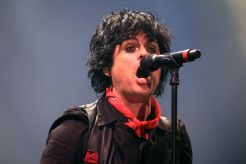 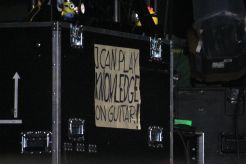 Full disclosure: I’ve seen Green Day at least 20 times since the late ’90s, and I’ll be the first to admit that seeing them live was a lot more fun when I actually enjoyed their new material. But since that hasn’t been the case since, oh, 2009, I’ve essentially gone and caught each tour with the hopes that I might hear a past song or two that they rarely play. Like an idiot, I always walk away with the same feelings, baffled that they’re sitting on a wealth of outstanding material and opt to skim only the top.

Everything’s just so calculated and predictable, which is frustrating because it doesn’t have to be that way. Armstrong is such a stellar personality; he doesn’t need to rely on the incessant call-and-responses or the pace-killing interludes he wedges in the middle of every other song. They do nothing but cheapen the show, thwarting whatever energy they’ve built up, and that not only makes for an annoying experience but an exhausting one. It’s like going to your friends house to watch a movie, only he keeps stopping it to check and see if the pizza guy is downstairs. Dude, just sit down and chill.

What’s worse is that Green Day is totally wasting what could easily be their moment. Now, not to get all Grandpa Roffman here, but I vividly remember the band’s second coming during the Bush administration. With American Idiot, you could tell they were creating a movement, connecting to a culture that was angry and overwhelmed by what was happening with their government. Today, that climate is even worse, and yet, it felt as if Armstrong was pulling his punches. 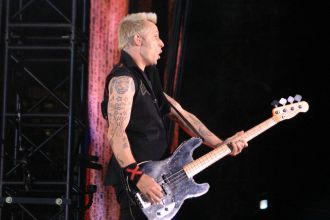 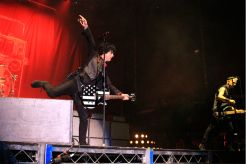 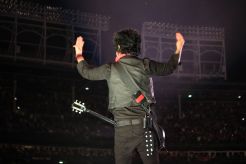 “No racism! No sexism! No homophobia! And no Donald J. Trump,” Armstrong screamed during an incendiary performance of “Holiday”, which has never hit harder. At another point, he started railing against bigots, arguing: “You lose your freedom of speech the moment you say you’re a Nazi or a white supremacist.” These were the most riveting moments of the night, fueled by Armstrong’s palpable conviction. After all, a piggish narcissist like Trump is the perfect target for the singer, a caricature of evil that fits into every one of his political anthems. In the past, this has worked wonders for Green Day, only they didn’t seem too interested at Wrigley.

“This ain’t no political party,” Armstrong screamed aloud. “This is a fucking celebration.” Naturally, there were good vibes all around, and the crowd ate up every word as they relished the night’s ensuing positivity. But, to be frank, it’s not a very good look on Green Day. Traditionally, this band has been at their best when they’re angry, or frustrated, or agitated. Right now, they have every right to be, especially as this country rips itself apart, so it’s a little baffling why they’d play softball on politics. As Armstrong said himself, there might not be a tomorrow, so why then would you waste today?

Setlist:
Know Your Enemy
Bang Bang
Revolution Radio
Holiday
Letterbomb
Boulevard of Broken Dreams
Longview
Youngblood
2000 Light Years Away
Hitchin’ a Ride
When I Come Around
Welcome to Paradise
Minority/Take Me Out to the Ballgame
Are We the Waiting
St. Jimmy
Knowledge (Operation Ivy cover)
Basket Case
She
King for a Day
Shout / Always Look on the Bright Side of Life / (I Can’t Get No) Satisfaction / Hey Jude
Still Breathing
Forever Now
Encore:
American Idiot
Jesus of Suburbia
Encore 2:
21 Guns (Acoustic)
Good Riddance (Time Of Your Life) (Acoustic) 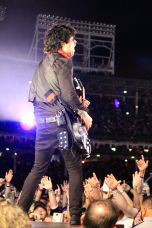 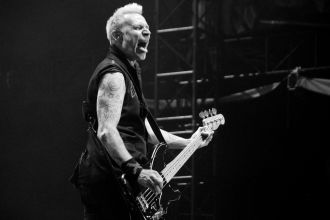 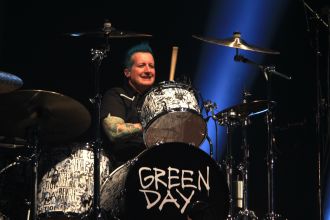 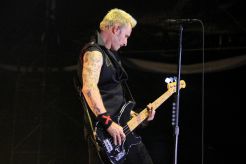 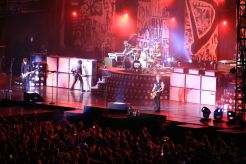 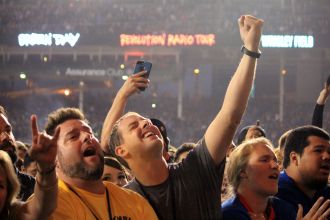