Since April, legendary composer Hans Zimmer has been on tour performing a selection of works from his storied catalog. His itinerary took him across the US for the first time ever (including noteworthy sets at Coachella and Chicago) as well as in Europe.

For those who weren’t able to catch Zimmer live, all is not lost. One of his concerts from the recent tour has been chronicled and will be released as a proper live album on November 3rd via Eagle Rock Entertainment.

Live in Prague was recorded/filmed at Zimmer’s Prague show on May 7th and boasts a setlist featuring arrangements from more than 10 (!) of his scores. Classic material from Gladiator, Interstellar, The Da Vinci Code, Pirates Of The Caribbean, Sherlock Holmes, The Dark Knight Trilogy, The Lion King, Crimson Tide, Inception, Rain Man, Driving Miss Daisy, and more find a home on the LP.

During the concert, Zimmer was accompanied by a wild light show and a whopping 72 additional backing musicians, including special guest guitarist Johnny Marr. The live album will be available on DVD, Blu-ray, 2CD, and 4LP formats. 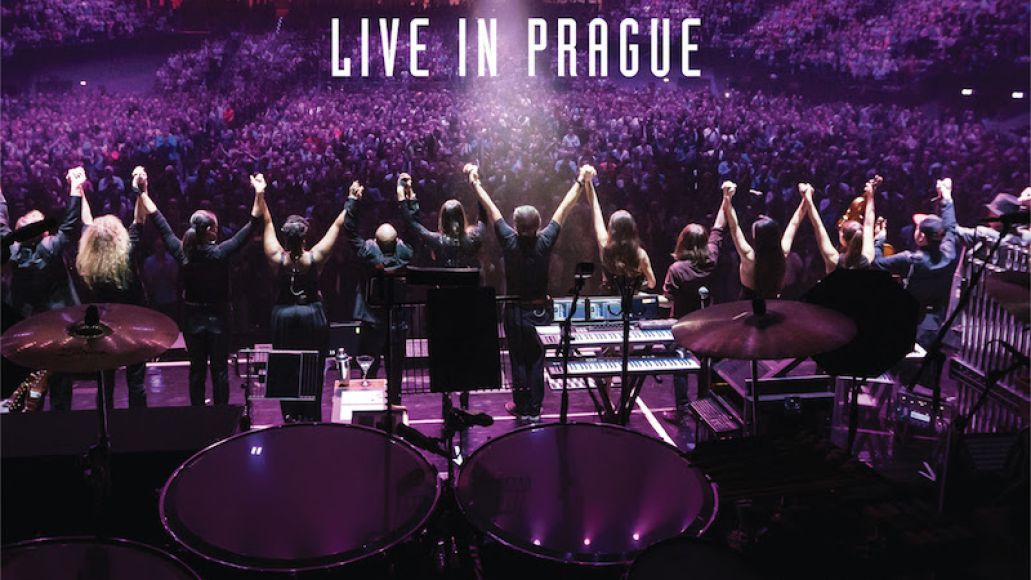 Live in Prague Tracklist:
01. Medley: Driving (Driving Miss Daisy) / Discombobulate (Sherlock Holmes) / Zoosters Breakout (Madagascar)
02. Medley: Crimson Tide / 160 BPM (Angels And Demons)
03. Gladiator Medley: The Wheat / The Battle / Elysium / Now We Are Free
04. Chevaliers De Sangreal (The Da Vinci Code)
05. The Lion King Medley: Circle Of Life (Prelude) / King Of Pride Rock
06. Pirates Of The Caribbean Medley: Captain Jack Sparrow / One Day / Up Is Down / He’s A Pirate
07. You’re So Cool (True Romance)
08. Rain Man: Main Theme
09. What Are You Going To Do When You Are Not Saving The World (Man Of Steel)
10. Journey To The Line (The Thin Red Line)
11. The Electro Suite (themes from The Amazing Spider Man 2)
12. The Dark Knight Medley: Why So Serious? / Like A Dog Chasing Cars / Why Do We Fall / Introduce A Little Anarchy / The Fire Rises
13. Aurora
14. Interstellar Medley: Day One / Cornfield Chase / No Time For Caution / Stay
15) Inception Medley: Half Remembered Dream / Dream Is Collapsing / Mombasa / Time

Revisit his Coachella performance of “Time”: