Lights have been up on the filming for Deadpool 2 since late last month, and star Ryan Reynolds has been updating fans on the shoot’s progress via his Twitter account. A few days back, he revealed the first look at Zazie Beetz as Domino, and today he’s dropped two new images of Josh Brolin as Cable.

Fans right away noticed the difference in the former character’s appearance. In the comics, Domino has pale white skin with a black oval around her left eye. The color scheme is reversed in Beetz’s portrayal, which really only makes sense considering the casting. Our first official peeks of Beetz as the probability-altering mutant mercenary come in the form of two images, one a simple portrait and the other harping on an image used for the original Deadpool marketing. 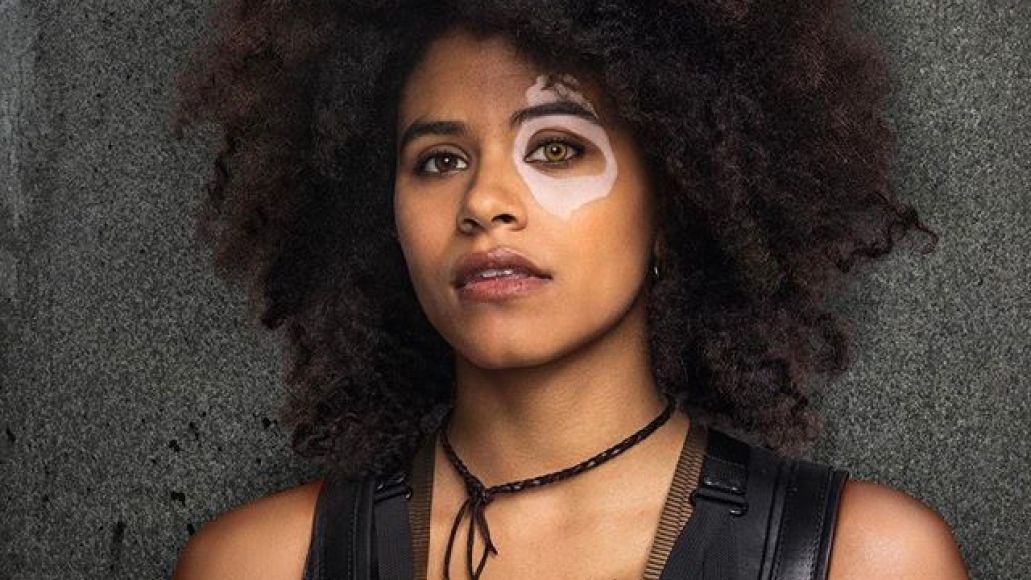 Some people just know how to work a red carpet. #Domino #DeadPool2 pic.twitter.com/llCc8JfKT6

Brolin, meanwhile, plays Cable, a time-traveling mutant with an obscenely complicated backstory that makes him the son of Cyclops and a clone of Jean Grey who’s raised in a post-apocalyptic future by his parents in the bodies of other clones. It’s a mess, but the long-and-short of it is he’s a bad ass with a glowing eye, a metal arm, and big ass guns. From the looks of the images Reynolds shared today, the filmmakers have nailed it:

We all have that one, grumpy, heavily armed Uncle from the future. #PremiumCABLE #JoshBrolin pic.twitter.com/JV3yBIIPQH

Here's your first look at Josh Brolin as Cable, Zazie Beetz as Domino in Deadpool 2