King Gizzard and the Lizard Wizard have shared their latest album, Sketches of Brunswick East. The release marks the band’s third studio full-length of the year (!!!) following Flying Microtonal Banana and Murder of the Universe.

Sketches of Brunswick East is a collaboration with Los Angeles outfit Mild High Club, which came about as the bands toured the world together. The two bands worked by essentially sampling themselves, piecing together bits of reworked recordings to form a complete song. In a press release, lead singer Stu Mackenzie likened it to “sampling-culture, in which old ideas are reshaped and suddenly things make sense. It was like we were continually jamming with ourselves.” The album’s title was inspired by Miles Davis’ Sketches of Spain with a nod to King Gizzard’s hometown of Melbourne.

Physical copies of Sketches of Brunswick East are available for pre-order now and are expected to ship September 29th. King Gizzard have plans for another two projects before the year’s end, but you can stream their most recent one below. 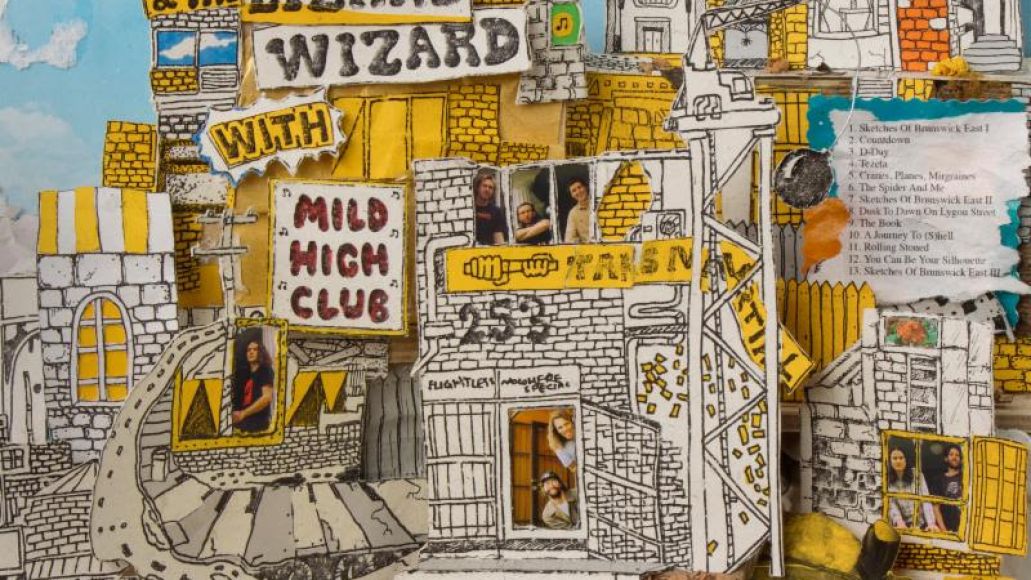 King Gizzard and the Lizard Wizards will head out on a US tour this fall, including three shows with Mild High Club. Find their tour itinerary below.