For most, Lollapalooza is an escape. It’s a four-day summer camp for glittered suburbanites, a breezy weekend for wealthy one-percenters who prefer to watch things from cabanas, a detour from the Magnificent Mile for music-loving tourists, and an exercise in endurance for veteran fans, who mostly saunter around Grant Park wondering where they can find more alternative rock. More often than not, the whole thing is a total chore, but everyone goes through the motions because it feels like you’re part of a moment. For one weekend in August — or July, depending on when C3 secures the dates — Lollapalooza sells itself as the center of the musicverse, and they’re traditionally on point. However, something felt off for its 2017 incarnation.

Despite some behind-the-scenes hiccups with regards to booking — losing Kanye West and later The Weeknd; gaining a zombified Blink-182 and another predictable night with The Killers — the lineup managed to find some semblance of narrative for itself. Young and trending performers like Lorde, the XX, and Chance the Rapper would be able to shift to headliner status alongside past graduates like Muse, The Killers, and Arcade Fire. But that’s not exactly how things went down: Rain destroyed what would have been a heroic night for Lorde, and the XX were literally left in the dark alone as the majority of the festival squeezed into the southern portion of Grant Park to witness Chance the Rapper’s highly anticipated Saturday night homecoming.

What a sight to behold, though. 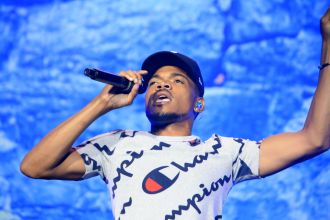 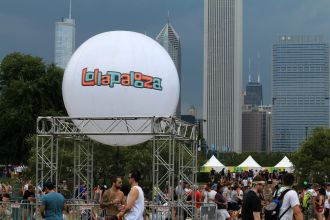 As the sun drifted behind Chicago’s iconic skyline, rich purples and dark blues glazed over a sea of people waiting anxiously to see the city’s prodigal son. Never in the 12 years that Lollapalooza has taken over Grant Park has a performer amassed such an expansive crowd. Less than a half-hour before the show was scheduled to begin — let’s just say, Chance was a little late (perhaps soaking it all in backstage?) — it was nearly impossible to get on the fields as festivalgoers claimed every inch of the area. There was nowhere to stand, not even off to the side or off to the back; all real estate was claimed. It was an unprecedented scene that elicited a range of emotions, from the good (wonder, inspiration, and pride) to the bad (claustrophobia, frustration, and exhaustion), but above all, it felt incredibly important. You felt like you needed to be there.

That wasn’t exactly the case for the rest of the weekend. With the exception of a few notable acts, all of which we’ve outlined ahead, the weekend felt mostly like a distant echo, and for all the obvious reasons. Yes, Arcade Fire delivered another sweeping closing set on Sunday night, but it was never going to reach the epic highs of their 2010 headlining performance, even if Everything Now was a better album. The same goes for The Killers, whose collection of inspired covers only cemented the idea that the set was designed to celebrate the past. And while, no, the festival can’t be held accountable for the horrific weather that plagued its opening-night ceremonies — though, they should maybe start preparing for these occasions by perhaps allotting time the next day for canceled headliners? — it did reveal the lineup’s lack of a bench. 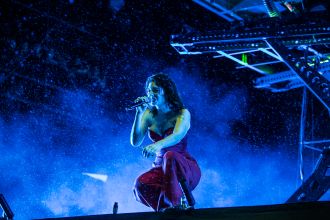 The xx // Photo by Philip Cosores 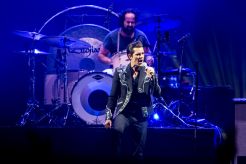 The Killers // Photo by Philip Cosores 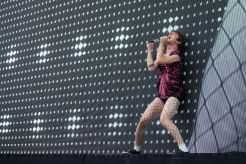 Of course, that fourth day isn’t doing any favors for Lollapalooza. Look, it’s tough doing a four-day festival, and Perry Farrell’s tentpole fiesta is no exception. Much like last year, the talent spread over the weekend was quite thin, leaving major gaps where nothing particularly interesting (and certainly not revelatory) was going on. With so many festival leftovers forced to pick up the slack — here’s to you, Capital Cities, George Ezra, Vance Joy, and Wiz Khalifa — it was no wonder that most of the crowd appeared to be in a perpetual shuffle each day. Though, to be fair, they did have some new amenities to pass the time at, particularly a pop-up roller rink straight out of the ’70s. That was very cool.

Lately, there’s been a lot of talk about The Festival Bubble and whether or not it’s burst. Depending on where you stand, it either popped long ago or continues to expand. Walking through Lollapalooza this year, it was hard to find a proper vantage point for some clarity on the issue. On one hand, it’s still a thriving mini-metropolis teeming with youth. (At one point, a festivalgoer asked me, “Does this place always have so many 12-year-olds?” I could only shrug.) But on the other hand, it feels like something’s gotta give. Maybe it’s scaling back? Good luck with that hope. Or maybe it’s something more economical, like shortening sets for the majority of the acts? After all, not everyone needs an hour to deliver the goods. It might behoove all parties — the artists, the festivalgoers, the booking agents — for a less-is-more approach to the set times. Who knows. 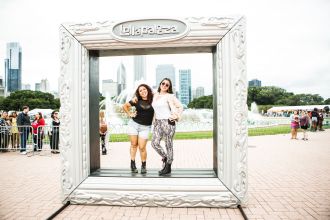 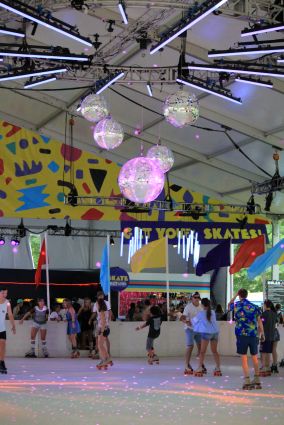 What we do know is that Lollapalooza will remain a focal point of the summer. Maybe not for all of us, but for someone, and as long as that stays the same, so will everything else.