Donald Trump tweets out a lot of shit, the kind of 140-character BS that’s really not fit for the office of the President. It’s perfectly suited for your own crap, though, as one enterprising company realized when they made the most appropriate bathroom gag gift of all time: toilet paper with 45’s Twitter messages printed right on it.

Answering all of our jokey consumerism prayers, Toliet-Tweets.com has manufactured rolls of 2-ply TP featuring POTUS’ “most flushable tweets.” “No Twitter feed is as deserving of being flushed, it’s tremendous,” reads the product’s description. “I’m hearing other toilet papers don’t even have words on them, SAD! This toilet paper has the best words.”

The rolls come with classic lines like the June 2014 gem, “Are you allowed to impeach a president for gross incompetence?” Fair question! Then there’s this revealing gimme from just a year earlier: “Do you think Putin will be going to The Miss Universe Pageant in November in Moscow – if so, will he become my new best friend?” Mission accomplished, Commander in Chief! 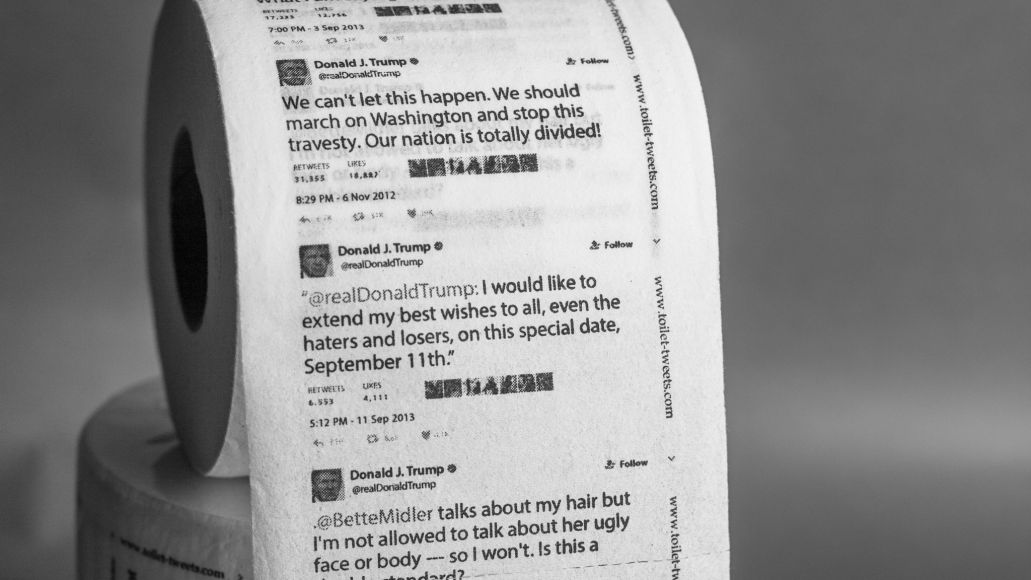 Unfortunately, your bums will have to go tweet-free for the time being; the first run of the product is already sold out on the Toliet-Tweets website and Amazon. We can’t imagine this isn’t a ridiculously lucrative concept, though, so here’s hoping they print more poop-ready POTUS pontifications soon.

In the meantime, you can put your number twos right where you really want to on a variety of toilet tissue featuring Trump’s face. There’s a kissy-face version, one featuring three different classic muggings, some good ol’ “Dump Trump” branding, and even one with 45’s most ridiculous quotes. Hell, you can even have Trumpisms spat out at you every time you pull a new sheet with this toilet roll talker. (And, in the spirit of bipartisan shit-giving, there’s also some Hilary Clinton and Barack Obama TP.) Hopefully Toliet-Tweets can get back into production before the holiday season, though, as we’re sure Trump’s TP tweets would make great stocking stuffers — and colon cleaners. 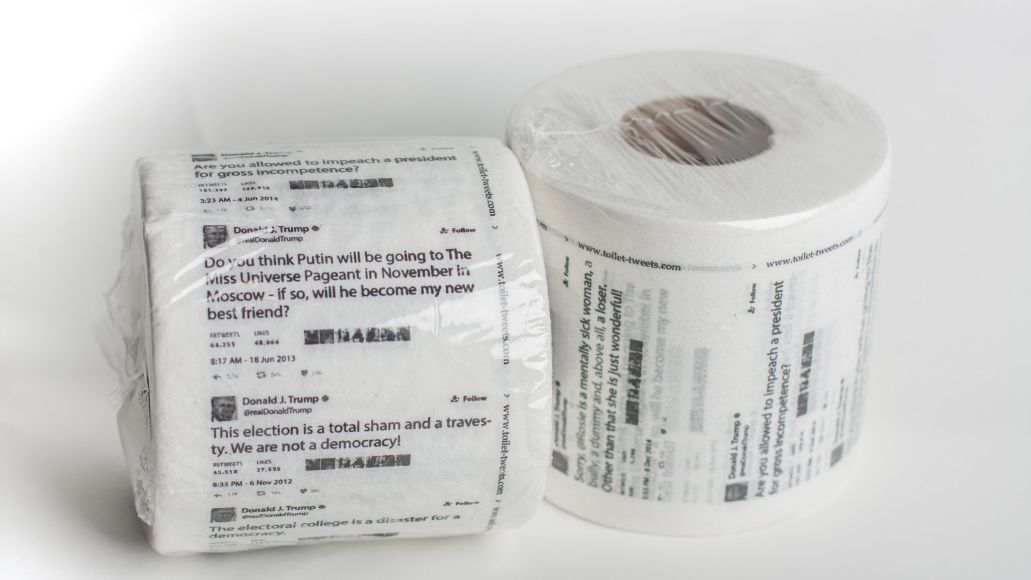 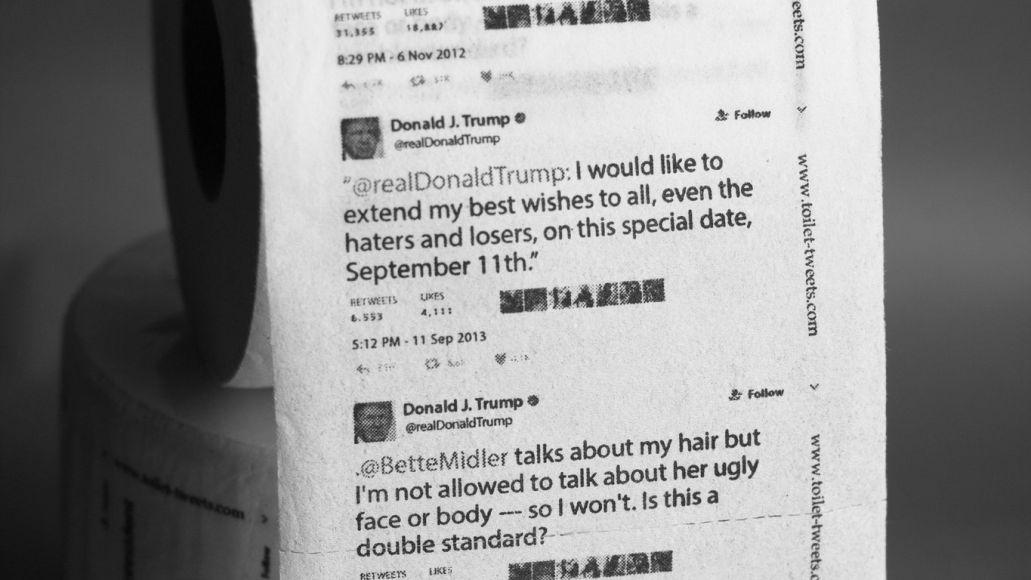