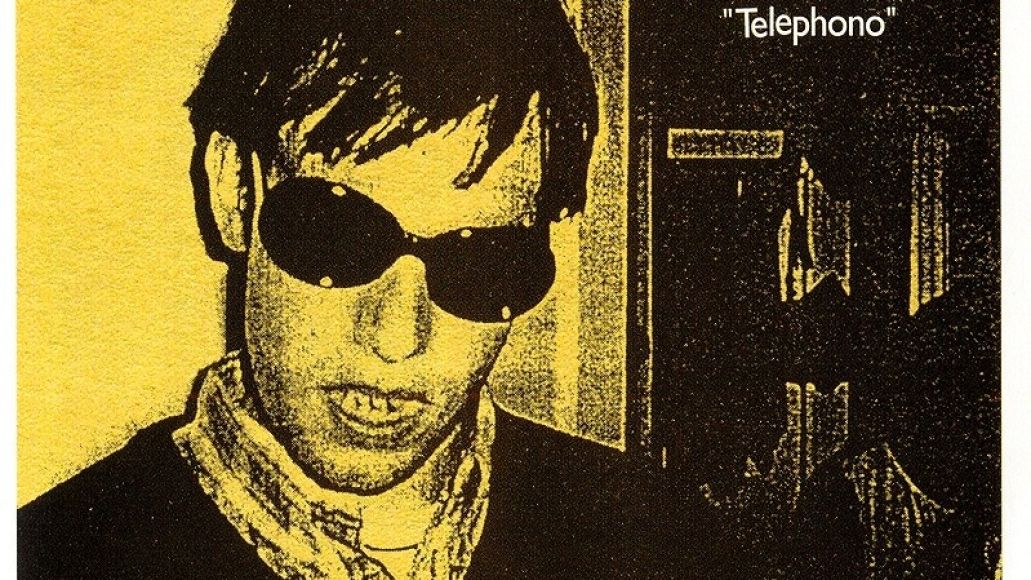 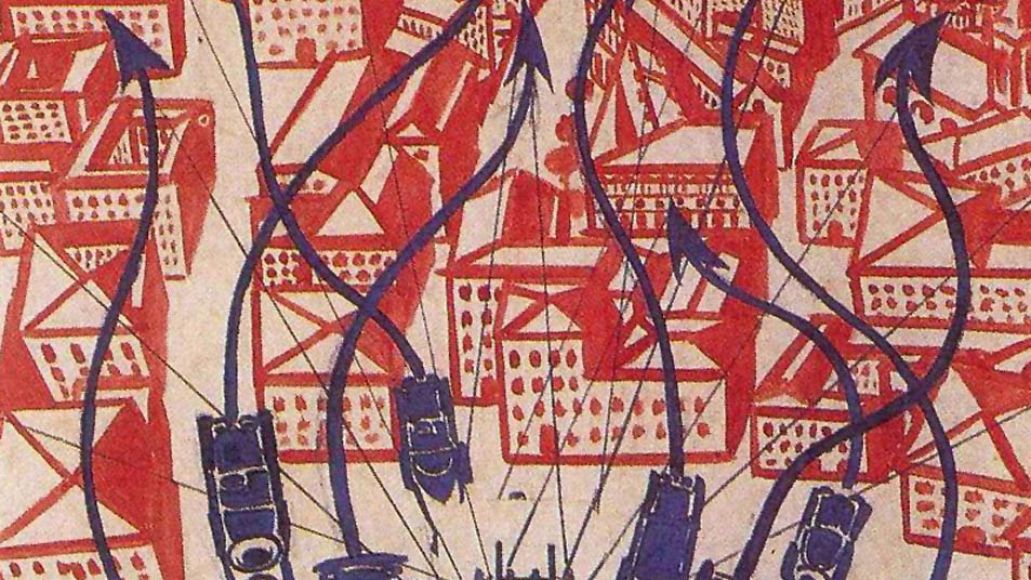 The record doesn’t change the palette of influences that drove their debut, but it cleans up the songwriting and production, streamlining everything to the point that Britt Daniel’s esoteric but engaging lyrics and pristine, even pop-friendly melodies shine brighter. The distortion knob gets cranked down considerably, though it still feels like they were sneaks, slipping out a post-punk record disguised as major-label fodder — and it was, as they moved up the ladder to Elektra for the release. While the songs have mass appeal, they’re not quite at the iconic burn of later albums. In fact, their Elektra backer, Ron Laffitte quit not long after bringing them on board, which led to the label dropping them — and to Spoon adding two songs to the reissue punning on his name, including “Laffitte Don’t Fail Me Now”. Elsewhere, song titles like “Metal School”, “Metal Detektor”, and “Execution” suggest some tough stuff, but there’s far more subtlety here than their debut and more open space to breathe, though just as many hooks.

I always knew that music was what I wanted to do. It was just a struggle. We weren’t making any money at it, and making the record sound the way we wanted it to sound was also difficult. We might have had one or two songs for the second album that were around before Telephono, but we mostly started working on it in the summer of ‘96, so after the record had come out and the honeymoon was over. Listen, I like to work, and I’m always thinking about the next thing I’m going to be doing.

I was bummed that the band had put out two albums and very little notice had come to it. First, we were in the indie world, which we weren’t really accepted by very well. Then we were in the major-label world, which definitely had no interest in us. So, yeah, it was a bit disappointing. I never really felt like the record became a cult classic, but it is a good record. It’s a quality album, and at the very end of it, after we got dropped, I remember Magnet championed us. It didn’t happen until after we got dropped, but the fact that that magazine and those crowds had liked the record meant something, since they were always talking about my favorite bands. So, that was something at first. Then there was a piece in The New York Times about us, and it felt like the tide had turned a little bit. It took a while to turn, but that record started turning it around.

That one was made in a real studio. The second time we still worked with John [Croslin], but we were working in a not great, but professional studio in Austin. I think that that record has a really unique sound. It’s totally dry. There’s very little in the way of warmth or room sounds, or really much production. There’s production; it’s just very minimal and very dry. It wasn’t until the next couple records where we really started to feel like it was more like us. 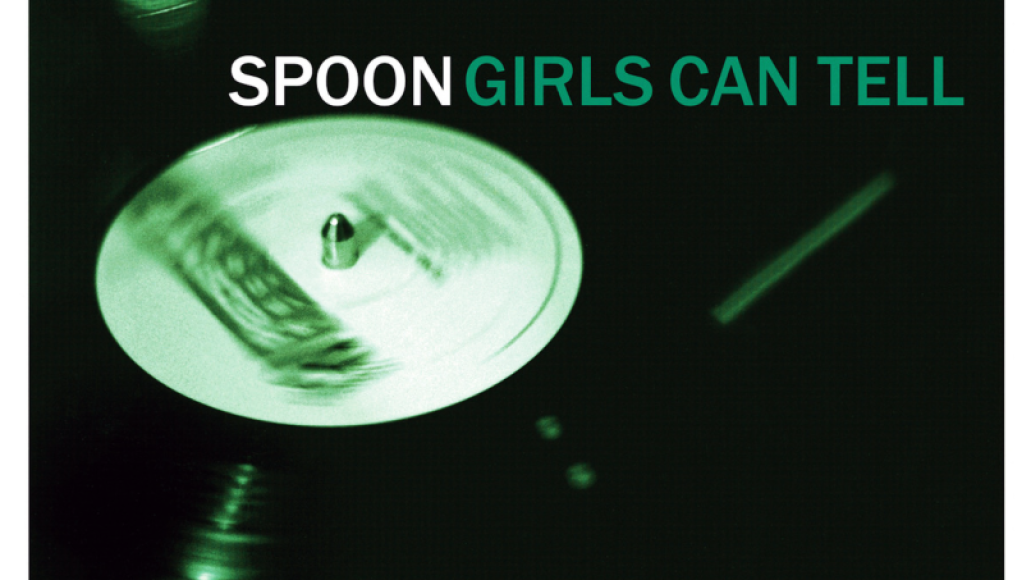 Returning to an indie home with Merge, Girls Can Tell immediately shows a darker shade of Spoon on opener “Everything Hits at Once”. The use of counterpoint, vibraphone, and Mellotron show a controlled, shadowy version of their itchy hook ability. You really feel the full weight of Britt Daniel’s intent as an artist when he slices open his heart (gently no less) and lets all his despair dangle out like an unraveled ball of yarn, fraying and unfurling from every impact. The romantic angst when he sings, “Don’t say a word, the last one’s still stinging,” combined with the gut-aching “I go to sleep thinking that you’re next to me,” is his battle cry declaring that everything hits at once – and damn well it hurts. The record rewards the sort of studied respect usually reserved for longstanding rock groups. That’s just the first track, but the lessons learned from that first listen extend throughout; keyboards offer essential shading, Daniel’s lyrics gain a weighty emotional clarity, and songs expand in noir tones with more subtlety than their initial distorted punch.

Before we put the record out, I was just excited to be able to put the record out on any label. I didn’t know that the band was going to exist. It took a long time between making the record and then putting it out, really, almost a couple of years. I was just pleased that it was coming out. Even though it was back to an independent label, and probably the smallest label we’ve worked with, it was the first time that we ever had any upward movement in terms of sales or offers to play shows and there were rooms full of people showing up.

Using instruments like vibraphone and Mellotron, we started with the album Get Happy by Elvis Costello, which my girlfriend, Eleanor, had a cassette copy of. We lived together in Chicago in the summer of ‘98. She got that tape and I started noticing similarities between that and Motown, and I started to remember how much I loved Motown, how much I loved The Supremes, how much I loved Marvin Gaye, and ‘60s radio, sort of R&B mostly. As I was realizing that, I was like, “Well, you know, all those records, all those singles, and all those bands do a lot of things that we’re not doing. They use room for their sound. They use piano; they use vibraphone.” We were sort of operating by these “cool rules.” We were going to be a guitar, bass, drums outfit, like Wire, and that’s all we really wanted to do. And at some point, I was just like, “Well, there’s all this other stuff that I really do like. Why not just try it?” And I think the first song I wrote in that vein was “Take the Fifth”, which was definitely Supremes-inspired. That whole record, I decided to run with it.

We had covered one of John Clayton’s songs before recording “Me and the Bean”. He wrote a song called “Irrigation Man” that we had recorded in our Telephono sessions and put out on a single. He was just a songwriter that had a real knack for melody, and sort of British songwriting, at least as I thought about it. Bowie-esque. Something about his songs appealed to me like no other person’s in Austin. He had this lovely song with his band The Sidehackers that I just knew by heart. I loved it; it sounded gorgeous. So, we were at a phase that we weren’t really sure the band was going to continue, and it seemed like a fun thing to cover a song that I loved so much. I thought maybe we could find a way to do it that would fit in with this new sound.

On the first album, we had this lady named Andy Maguire who was our bass player. [After that], we sort of existed as a two-piece, but we’d take out bass players here and there. By the time A Series of Sneaks came out, we had this guy named Josh [Zarbo] who was our bass player. Brad Shenfeld was our tour manager, just a friend, and at some point we gave him a credit. When we made Soft Effects [EP, 1997], we were basically a duo, but we toured with this guy Scott as the bass player, and Brad was the tour manager. There’s a line in the press for Soft Effects, where it says Spoon are Britt Daniel and Jim Eno, and in 1996 Brad Shenfeld and Scott.