As we eyeball the final stretch, it’s never easy to tell whether the year in music is speeding up or slowing down. In Tinsel Town, we all know the Oscar hopefuls will be coming soon to a theater near us as summer fades and fall settles in. Music’s different, though. Forget a barrage of holiday releases. If your favorite artist doesn’t drop an album by November, you’re likely not getting what you want for Christmas. That doesn’t mean there can’t be some late-in-the-game surprises, but let’s focus on what we know — or at least have been led to believe. Below are 25 promised albums from artists young and old, up-and-comers and bar-setters, some of whom are capable of not only shaping our thoughts on the year in music but maybe even on 2017 in general. Just check out the slate below, and you’ll see what we mean. And if you blew all of your hard-earned record money chasing sounds of the summer, better start raking leaves and shoveling snow in a hurry. You no doubt still have some wax to add to your stacks before 2018 hits. 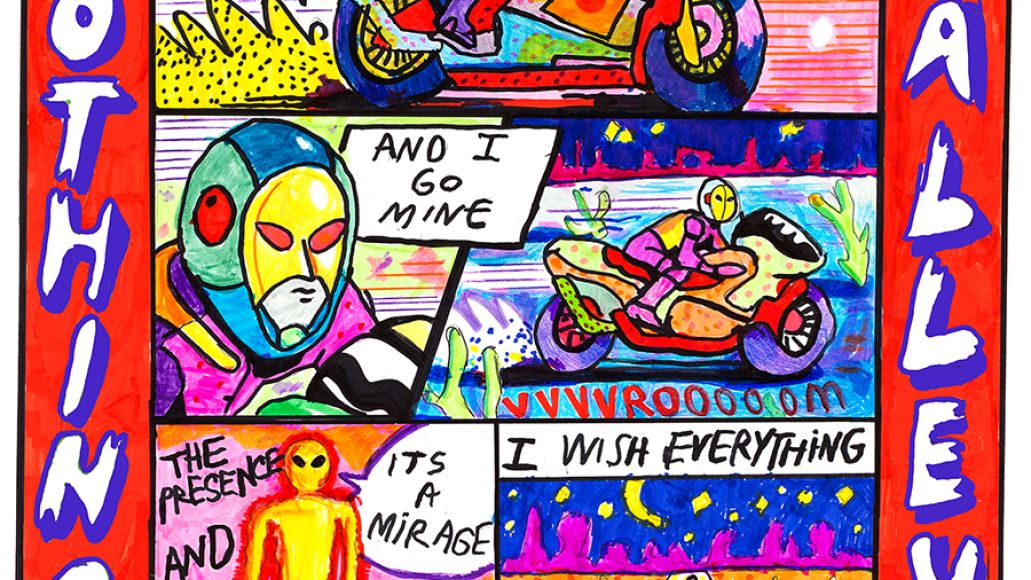 Chicago-based Melkbelly has become a staple of the city’s DIY scene. The punk quartet is finally set to release a full-length debut album, Nothing Valley, on October 13th via Sadie Dupuis’ Wax Nine Records. Nothing Valley is Melkbelly’s first release since 2014’s Pennsylvania EP. The album’s first single, “Kid Kreative”, is wonderfully fuzzy and brash. Layers of noise and voice come together to create a dance-y, rough track. (You can watch the music video — chock-full of breakfast food, grubby hands, and psychedelia —  here.) Melkbelly is heading on tour in September with fellow punks Protomartyr, making stops in Raleigh, Cincinnati, and Baltimore. They’ll play a hometown show to debut Nothing Valley at Chicago’s The Hideout. If the album’s music is anything like its artwork, Nothing Valley is sure to be bright and buzzing. –Carly Snider 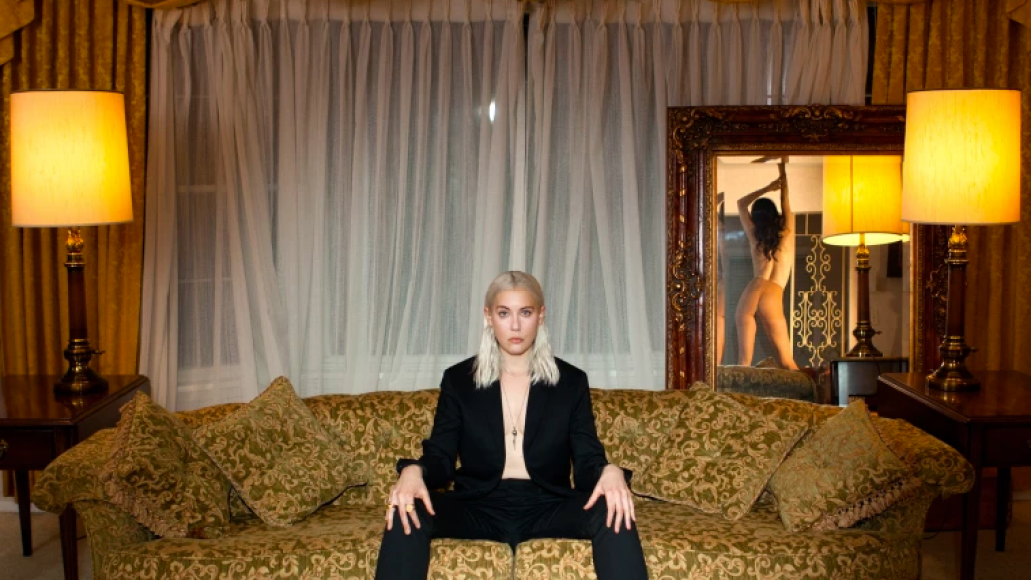 MacKenzie Scott aka Torres, admittedly, showed up on our radar an album later than should’ve been the case. So, you can forgive us if we doubled-down on 2015’s Sprinter, not only lauding the album all year long but curating a Chicago event with Torres as headliner. Courageously candid in her songwriting and some inspired hybrid of PJ Harvey and Kurt Cobain onstage, she’s proved far too compelling for us not to look anxiously ahead to September’s Three Futures. And her first two singles, “Skim” and the title track, have done nothing to dampen that curiosity. If anything, they show a songwriter finding new muscles as strong as her soft-loud dynamics without sacrificing any of her unflinching intensity. –Matt Melis

23. Kamaiyah – Don’t Ever Get It Twisted 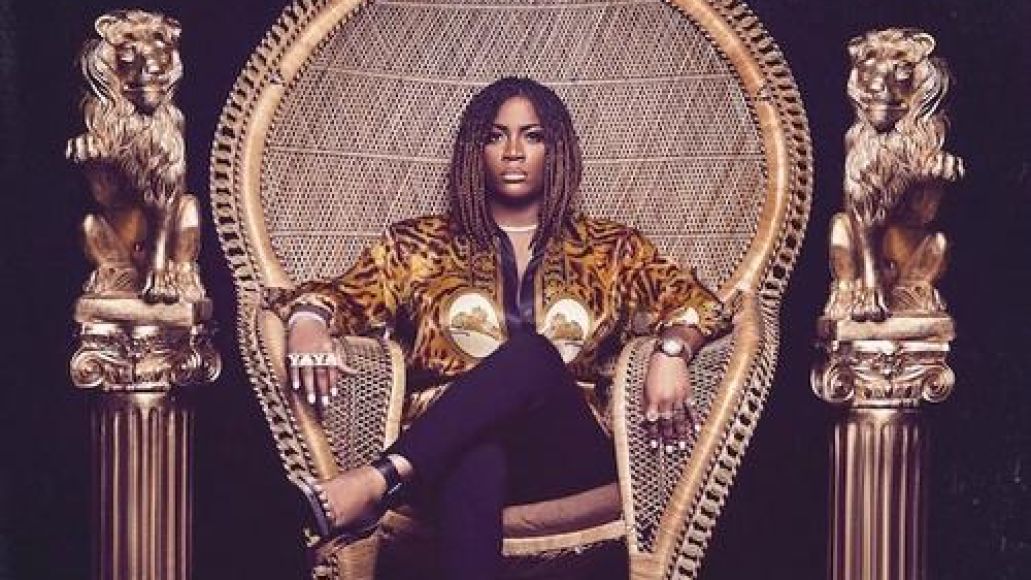 Kamaiyah burst onto the scene in 2016 with the retro-fueled, yet incredibly present A Good Night in the Ghetto, and quickly shot up the rap charts. Considering how massive that debut mixtape reached and how unavoidable it felt, it’s hard to believe that she’s only just now been named on XXL’s Freshman Class. The Oakland native already feels like a classic, and it’s not just because she mines the best of ‘90s West Coast hip-hop. The promise of a follow-up in April was tantalizing, and yet Don’t Ever Get It Twisted has thus far failed to materialize — supposedly due to sample clearance issues. Her pinned Tweet still says it’s #comingsoon, so don’t mind us as we continue to sit and click refresh, waiting for it to drop. –Lior Phillips 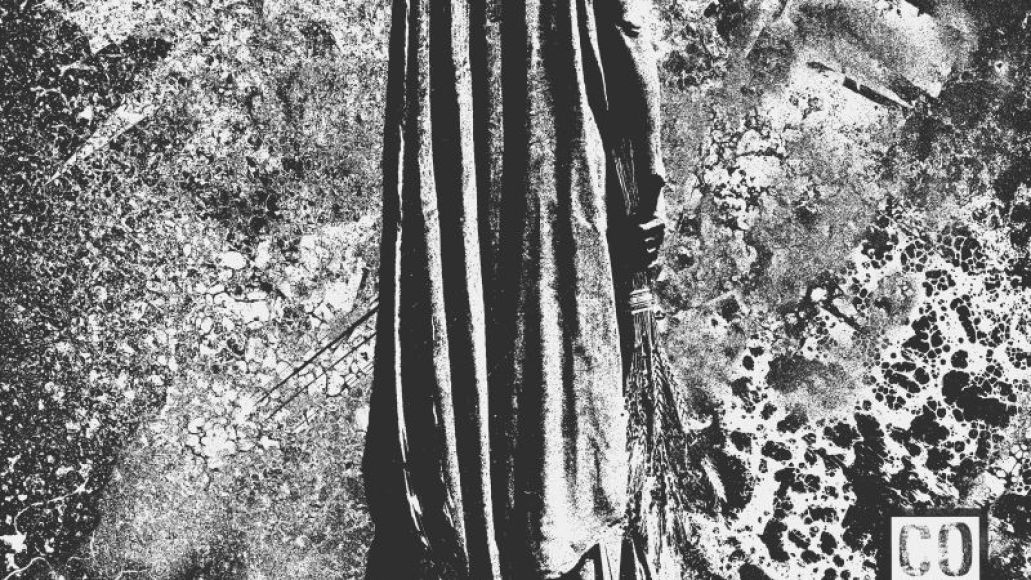 After five years without a full-length release, Converge are making a powerful return with their upcoming album, The Dusk in Us, due November 3rd via Epitaph/Deathwish. Two singles from the album, “Under Duress” and “I Can Tell You About Pain”, have already been released and made it abundantly clear that Converge has not lost one bit of their signature sonic intensity since 2012’s All We Love We Leave Behind. Major hype was built around The Dusk in Us last month when Converge dropped a 7” EP, which featured a track entitled “Eve” in addition to “I Can Tell You About Pain”. The latter was accompanied by the release of a music video, in which the ominous hallway footage is visually reminiscent of The Shining. Converge have given listeners many reasons to buzz with anticipation regarding their comeback — all there is left to do is wait. –Lindsay Teske 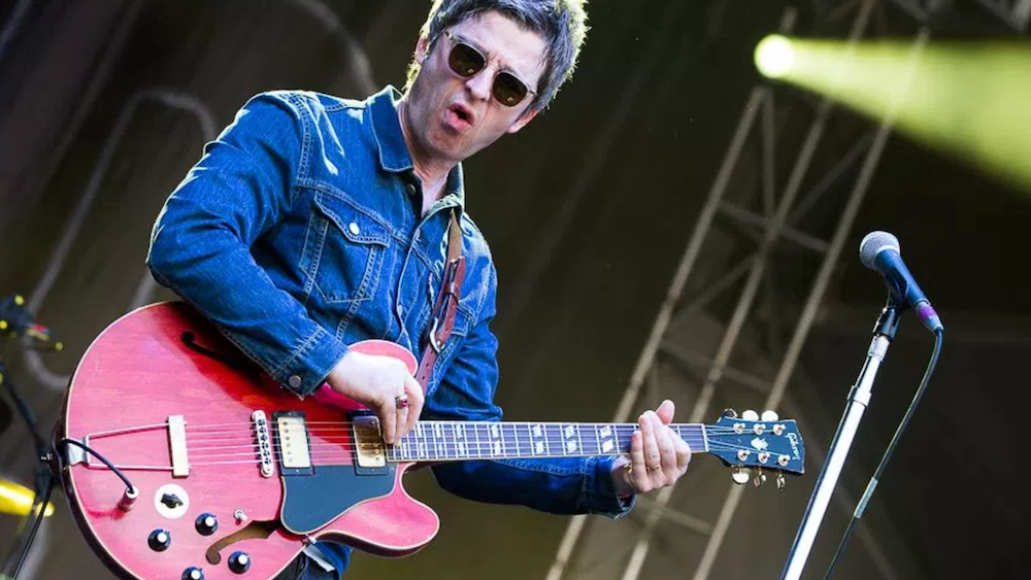 Brothers and former Oasis bandmates Liam and Noel Gallagher have uncovered a new weapon in their ongoing feud: album release dates. In spring, it was announced that Noel was expecting a November release for his anticipated third solo album — a mere month after Liam’s. The Noel Gallagher’s High Flying Birds frontman has kept fans anxiously waiting with baited breath for details surrounding the forthcoming record, but did reveal that one of the tracks will be named “Instrumental Number Three”. The album will follow up the warmly received Chasing Yesterday and reunites Gallagher with producer David Holmes, who shared with Gigwise that he believes “people are going to be surprised” by the new record. No matter what Gallagher has in store for November, it’s sure to be something fresh. –Lindsay Teske

20. Phoebe Bridgers – Stranger in the Alps 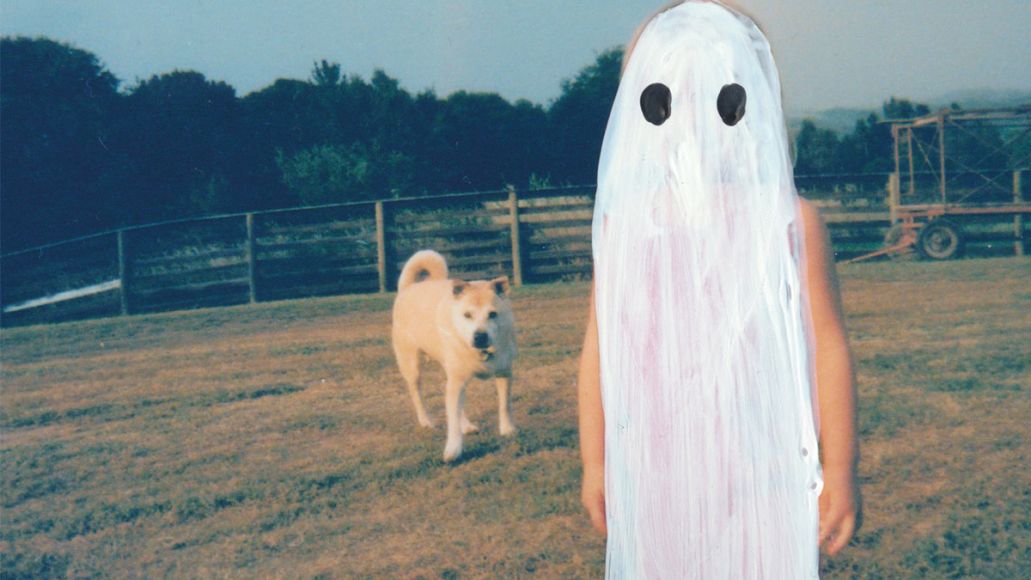 Even if you had never heard a Phoebe Bridgers song before, you could say this for her: she keeps good company. Having put out her debut 7” on Ryan Adams’ PAX AM label and opened on tour for Julien Baker, as far as we’re concerned, serve as irrefutable references in a music world where being heard can be as difficult as penning a wonderful song. And as we await her full-length debut, Stranger in the Alps, not only is Bridgers about to be heard, but she has the songs that’ll garner repeat listens. Whether it’s the more traditional, plaintive singer-songwriter fair of lead track “Smoke Signals” or single “Motion Sickness”, which adds instrumentation and opens up into an almost pop-like affair, Bridgers shows she can flex different muscles, keep listeners guessing, and, most importantly, keep them captivated. –Matt Melis 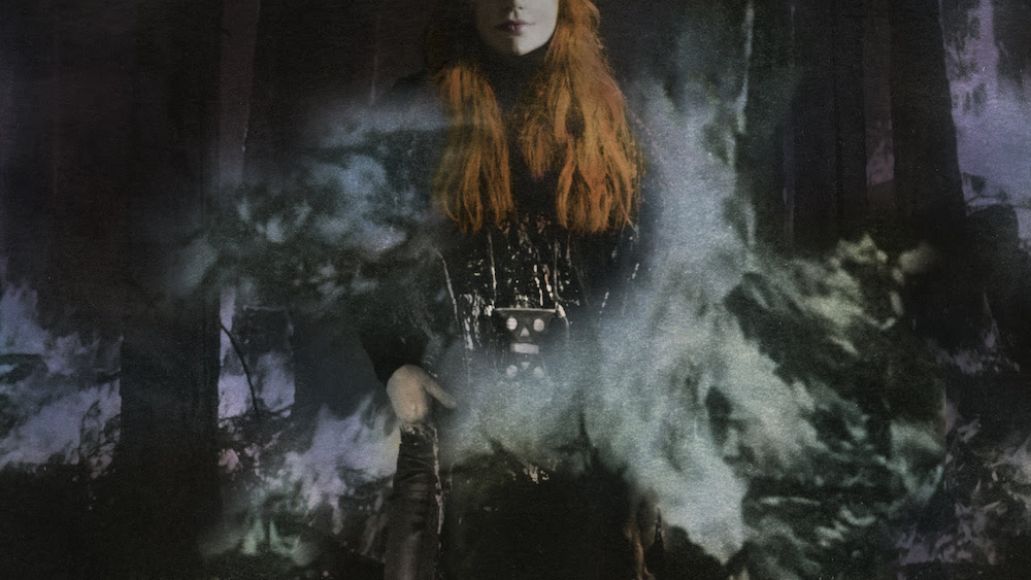 We know a Tori Amos song when we hear it: the spellbinding piano, that unmistakable mezzo voice that calls out and draws us near, like a caretaker watching over and shepherding the pieces of us that get so easily lost in this world. “Got to get you back to you,” she sings simply, among more poetic lines, on single “Reindeer King”, and she makes you believe that’s possible – whether you’re staring out at a broken America or inward at your soul’s own wounds. Three singles in and Native Invader already feels like an album that’ll help us weather storms and reclaim what’s been lost. I can’t think of a better gift to the world right now than that. –Matt Melis 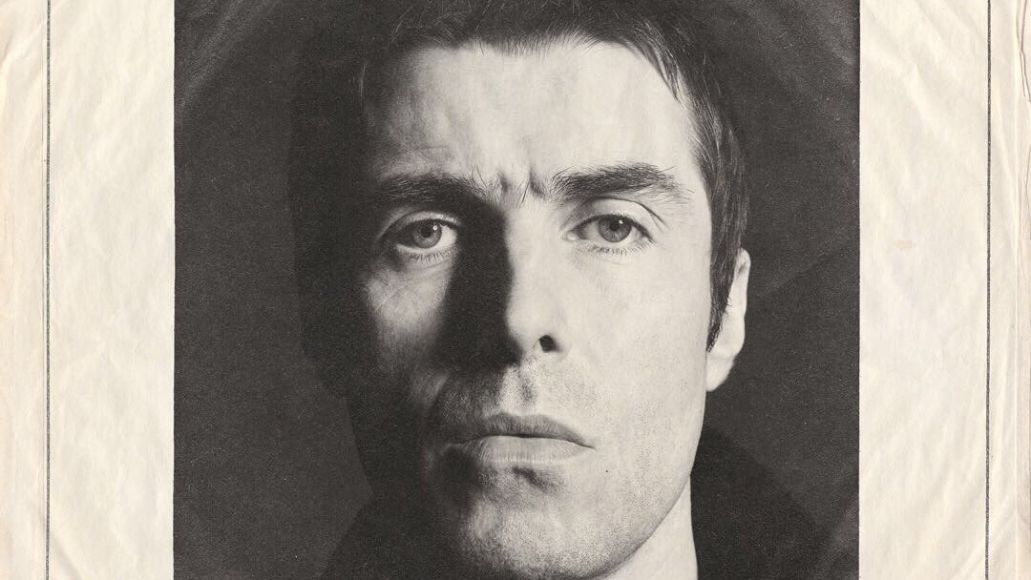 Forget about Liam Gallagher’s humorously short performance at Lollapalooza this year, which ended after just four songs when the singer abruptly called it a day. Gallagher means business on the first album released under his own name. It’s not the Oasis reunion that fans may want, but it’s also a step in the right direction, away from the Beady Eye concept that failed to make the same mark in the US that it did in the UK. Working with this year’s Grammy winner for Producer of the Year, Greg Kurstin (Adele, Sia), Gallagher’s entry into the world of solo recording is a bit of a misdirection. Gallagher promises a band direction will remain in the sound, and if singles “Wall of Glass” and “Chinatown” are any indicator, As You Were is exactly the music that one of the most identifiable voices in contemporary rock should be making. It’s music that embraces the Gallagher persona and runs with it to rock and roll glory. –Philip Cosores 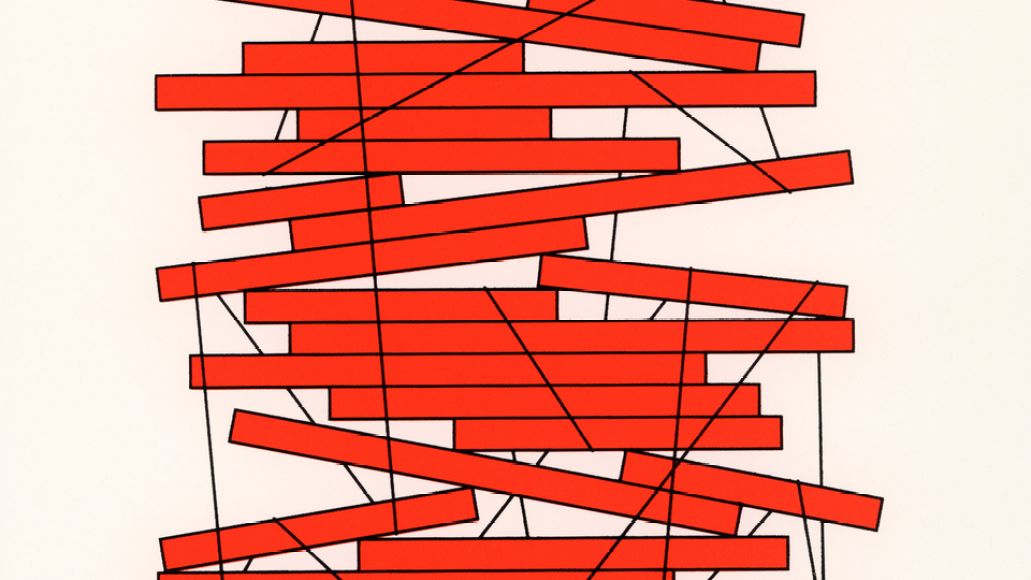 Six years removed from releasing their last album, there was very little reason to suspect that Wolf Parade would be returning. Main songwriters Dan Boeckner and Spencer Krug had each further developed their unique voices, the former culminating in the superb 2016 Operators LP, Blue Wave, the latter most recently with another album in collaboration with experimental Finnish rockers Siinai. But then the rumbling started that the long-gone group were up to something. And, lo and behold, Boeckner, Krug, Arlen Thompson, and Dante DeCaro dropped an EP in 2016, proof that not only were they ready to return, but that that return would be as thrilling as their sterling initial run. They’ve now followed that with the lead single announcing their album, Cry Cry Cry, which glistens and glows in that prog-indebted grandiosity of ‘00s indie rock. “Valley Boy” finds Boeckner’s jagged guitar matching Krug’s meteoric lyrics (including a Leonard Cohen reference, no less) in a loose, yet beautifully cohesive mesh — hopefully indicative of much more to come. –Lior Phillips 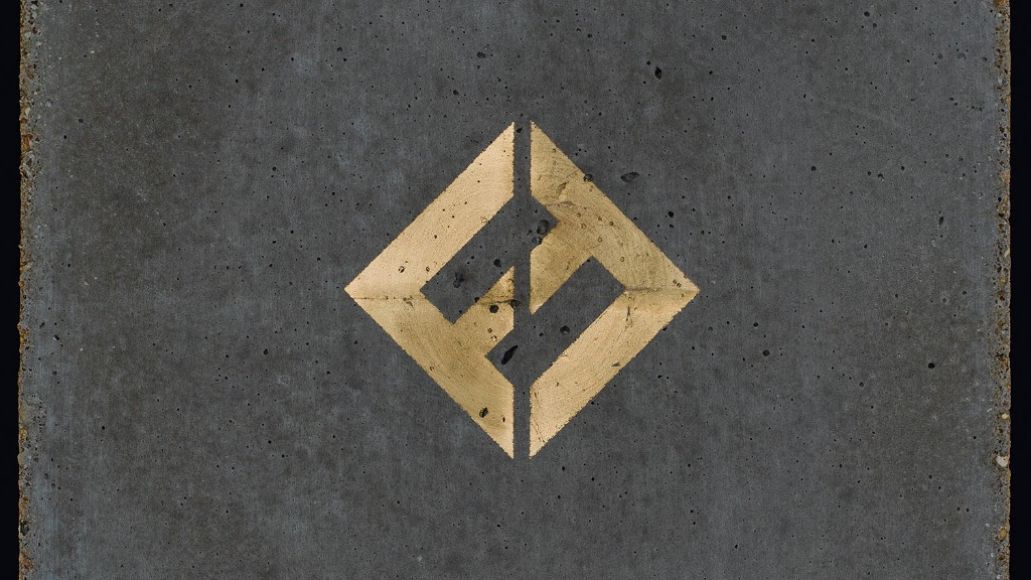 Though Foo Fighters’ last album, Sonic Highways, didn’t quite match the heights the band had achieved on the previous Wasting Light, it’s easy to put the blame on the record’s concept. After all, how can you be expected to write a classic song during strict confines of being in a new studio in a new city and composing on the spot. For Concrete and Gold, Grohl holed up in a remote California town to get reacquainted with his songwriting craft, before enlisting producer Greg Kurstin (whom you may remember from the Liam Gallagher blurb two entries ago) to help fine-tune the new album’s direction. In terms of our advance tastings, “Run” proved to be a sturdy entry to the band’s catalog, but it’s the recently offered “The Sky Is a Neighborhood” that seems like the album’s first bona fide hit. Rumors also have it that it will be a guest-heavy album, with The Kills’ Alison Mosshart and Paul McCartney already confirmed and a big pop star also expected to be in the fold. For one of the biggest rock bands of our time, every album is an event. At least this time, Foo Fighters are stacking the deck in their favor. –Philip Cosores