This feature originally ran in October 2015 and is being republished ahead of The Dark Tower.

When Stephen King published his first novel, Carrie, on April 5, 1974, the New England author unknowingly caused a rift in genre storytelling and filmmaking that has yet to zip back up. Since then, he’s published nearly 100 works and sold over 350 million copies, all of which have spawned countless films, mini-series, and television shows over the past four decades.

Some have been great, some have been awful, some shouldn’t even be allowed to use the original title. When you have an oeuvre with that much depth and licensing that ridiculously expansive, it’s understandable why quantity would triumph over quality. Still, when filmmakers do manage to connect with King’s work, it often conjures up something iconic and masterful. 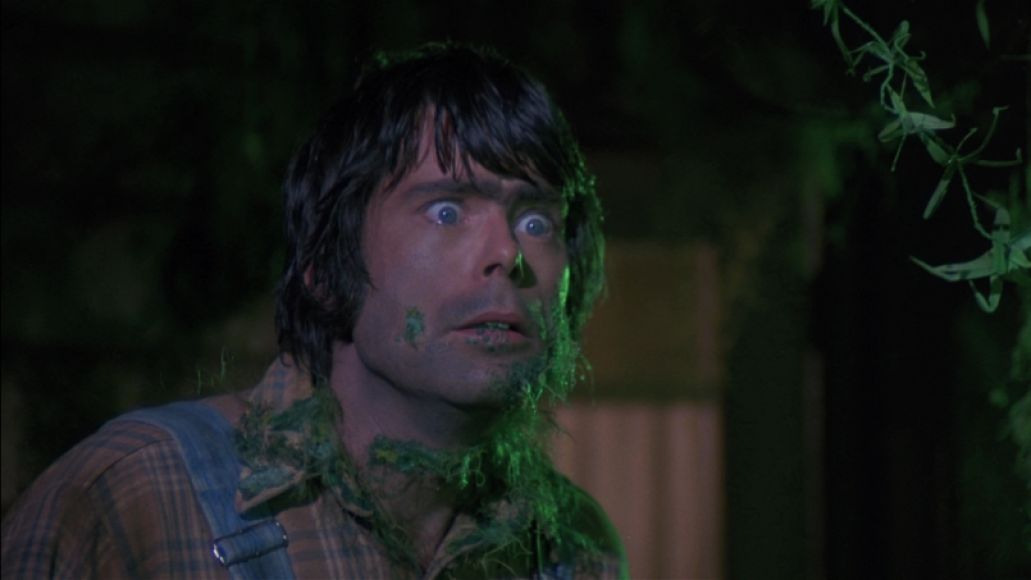 “I love the movies, and when I go to see a movie that’s been made from one of my books, I know that it isn’t going to be exactly like my novel because a lot of other people have interpreted it,” King previously digressed on the subject. “But I also know it has an idea that I’ll like because that idea occurred to me, and I spent a year, or a year and a half of my life working on it.”

That’s the allure of his many adaptations. Even at their worst, they all work off ideas and concepts that were at one time unique and exciting enough to compel him to write 400 or 1,500 pages about them. Though, because we don’t want to subject you to garbage like The Lawnmower Man or The Mangler, we decided instead to offer up his 10 strongest — all features, mind you. 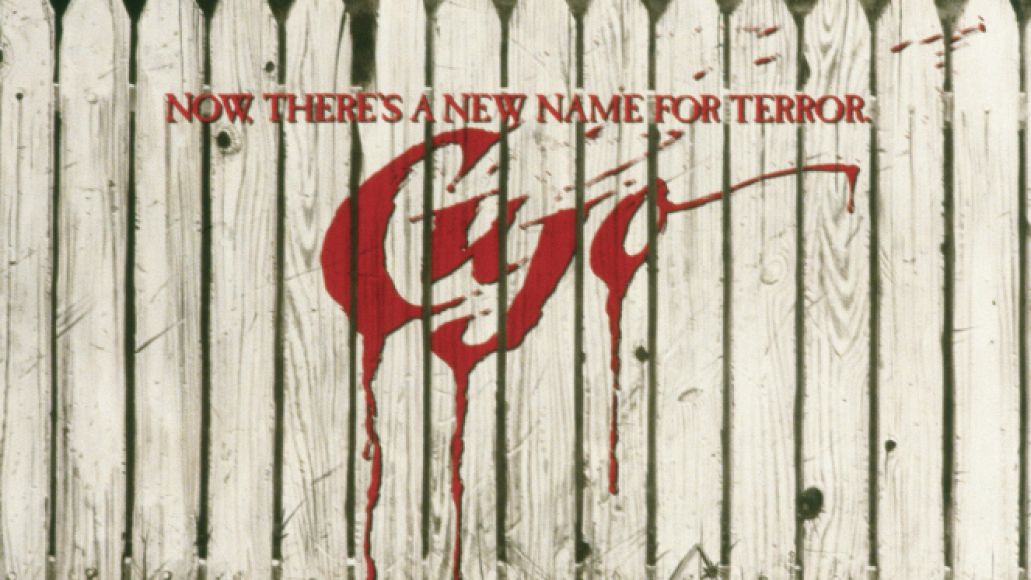 There’s a lot that gets lost in translation from page to screen with Cujo. The somewhat rambling domestic dramas of the book’s various characters don’t condense into a 91-minute film particularly well, which makes all of the familial drama at play feel rushed and overwrought. Cujo himself fares even worse. In print, the good dog ravaged by rabies is probably one of King’s more realistic villains, but the limits of early ‘80s effects make him look as much like a vicious killer as Mr. Ed chewing peanut butter looks like an actual talking horse.

What saves the film, though, are the performances, particularly Dee Wallace’s turn as the terrified but protective mom Donna. Cujo’s potential victims are so realistically terrified and shocked by what’s happening to them that they encourage a similar level of psychological horror from its viewers. Or at least enough suspension of disbelief to imagine that the characters aren’t being menaced by a muddy and drooling ball of fluff.

King’s Consensus: “Cujo is a terrific picture. You know, that one often gets overlooked. If I have a resentment, it’s that Dee Wallace [Stone] never got nominated for an Academy Award. She did a terrific job as the woman who gets stuck out there with the rabid dog who’s menacing them.” —ABC’s Nightline, November 2007 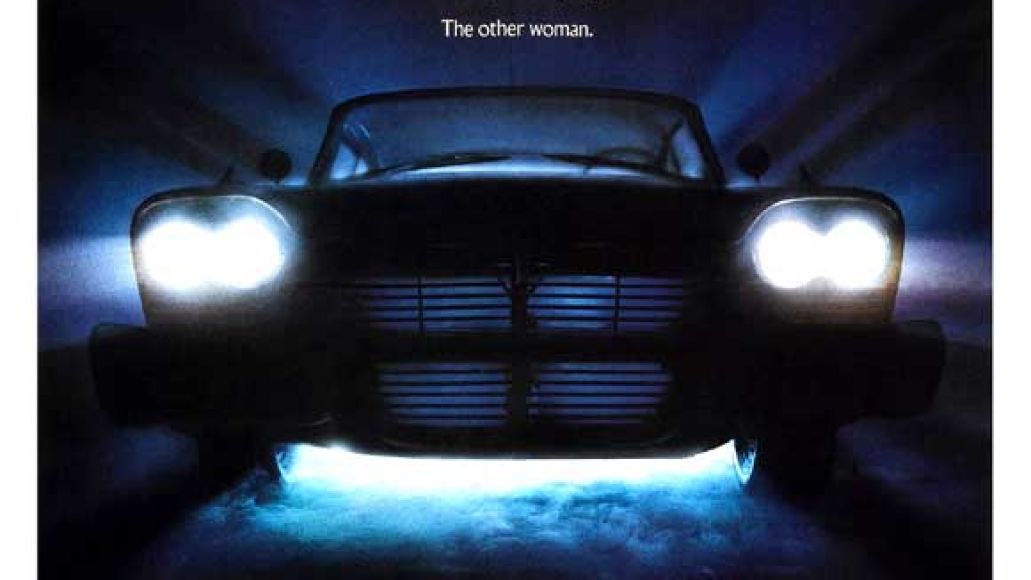 Christine brings together two of modern horror’s biggest innovators – King, of course, but also Halloween director John Carpenter – and, like the novel, the film adaptation transcends the “killer car” gimmick that’s so easy to stamp on the story. What’s clear in this adaptation is that both Carpenter and screenwriter Bill Phillips understand that this is a story about so much more: high school, popularity, and the distance that grows between old friends as time has its way.

Aside from a throwaway prologue, there’s very little “horror” in the first half. Instead of accelerating into the bloodshed, Christine cruises leisurely through scenes that set up the central relationship between Keith Gordon’s nerdy Arnie and John Stockwell’s hunky Dennis, as well as Arnie’s strained exchanges with both his parents and the school bullies. It’s here the film is strongest, if only because the acting is so pitch perfect. Gordon gracefully tracks Arnie’s evolution from bespectacled doofus to black-shirted dynamo, while Robert Prosky finds an astonishing amount of heart in the book’s fairly one-dimensional shop owner Darnell.

Ultimately, though, Christine is just too faithful to its source material. With so many story beats to hit, Arnie’s turn to the darkside feels shockingly abrupt. Alexandra Paul’s Leigh is never given space to breath (literally), and, as such, her third-act relationship with Dennis feels perfunctory. That, however, doesn’t detract from Carpenter’s chilling score or his astounding use of stop-motion effects whenever Christine begins rebuilding herself or squeezes into a thin alleyway. A wonderful example of ’80s ingenuity. Also, if Radiohead says they’re “Karma Police” video wasn’t at least partially inspired by the death of bully Buddy Repperton, they’re lying.

King’s Consensus: “They may have been leery of Carpenter because Carpenter’s last movie, The Thing, had cost a lot of money, and it was a box-office failure, but otherwise the industry in general has always seemed very high on Carpenter, and I’m surprised in a way that they didn’t go ahead with it. But Carpenter was tapped to direct Christine, and they’re in their second week of production now.” —Den of Geek, May 1983 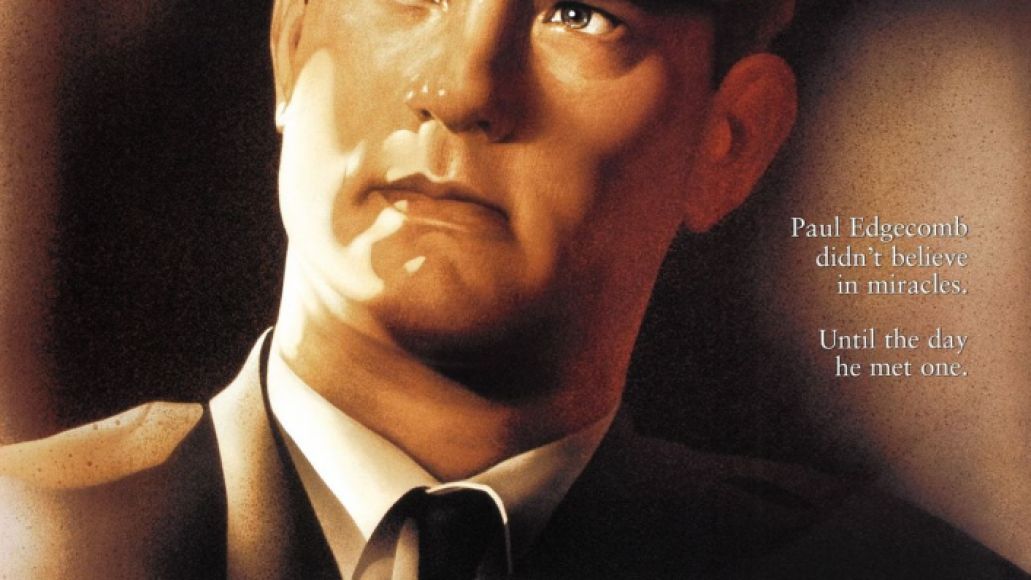 While Frank Darabont is rightly celebrated for his masterful work in The Shawshank Redemption, The Green Mile often gets short shrift for being, you know, not one of the greatest movies of all time.

Perhaps more so than Shawshank, The Green Mile is King and Darabont at their most sentimental: gentle giant John Coffey (a breakout role for the powerful Michael Clarke Duncan – RIP) provides an oasis of childlike wonder and hope in the midst of the profound cynicism surrounding Tom Hanks’ Paul Edgecomb.

Hanks and Duncan are backed by a tremendous supporting cast of character actors, including Sam Rockwell, Doug Hutchison, David Morse, and Patricia Clarkson, and the subtle mysticism of Coffey’s “gift” elevates The Green Mile to one of the best magical realist films of all time. While it might be a bit treaclier than a killer car, The Green Mile offers an old-fashioned, positive take on the supernatural.

King’s Consensus: “I would have to say that I was delighted with The Green Mile. The film is a little “soft” in some ways. I like to joke with Frank that his movie was really the first R-rated Hallmark Hall of Fame production. For a story that is set on death row, it has a really feel-good, praise-the-human condition sentiment to it. I certainly don’t have a problem with that because I am a sentimentalist at heart.” —Hollywood’s Stephen King, 2003.