Tool recently wrapped up one of the year’s best tours and are supposedly hard at work on their fifth studio effort. “We’re gonna just bang it out when we get back home,” bassist Justin Chancellor said back in June. “We’re ready to go [with] the album.”

While fans are sure to be wary of such a timeline — after all, it has been 11 years since the band’s last LP — it appears Tool may soon be giving them something to hold them over. According to one redditor named Josh, the group is planning to remaster all of their albums for release on vinyl.

The reveal came during an email exchange between Josh and drummer Danny Carey. When asked if a successful Change.org petition would convince Tool to issue 2006’s 10,000 Days on vinyl, Carey replied, “The petition won’t really matter. We are already in the process of remastering all of our albums for release on vinyl in the near future.” 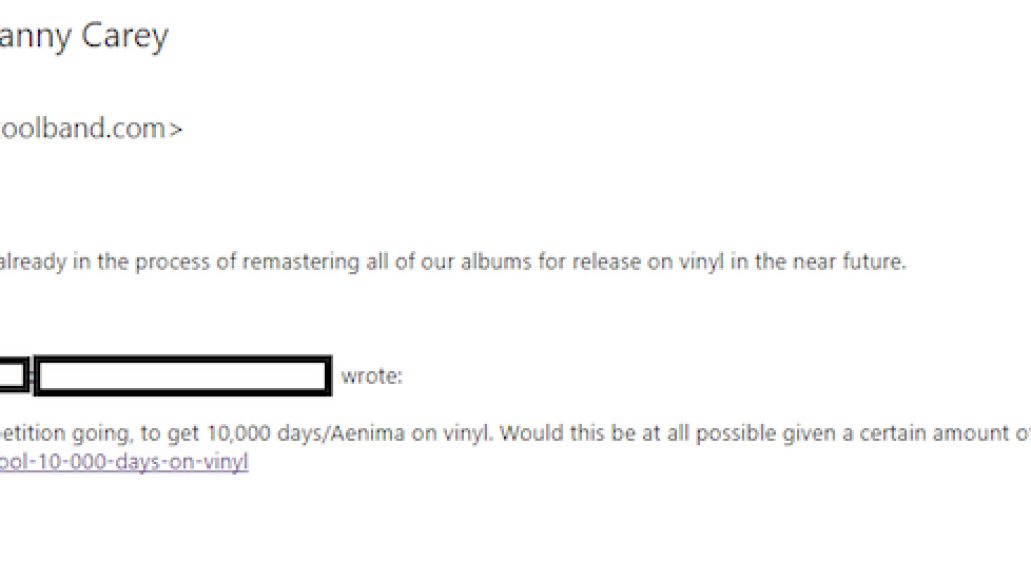 It’s unclear exactly what “in the near future” means in the grand scheme of Tool things, but the mere thought of having 1993’s Undertow, 1996’s Ænima, Lateralus from 2001, and 10,000 Days all freshly remastered and pressed should keep their fanbase happy for now. It’s certainly better than nothing.