On Sunday, September 3rd, David Lynch and Mark Frost’s iconic series Twin Peaks comes to an end. In anticipation, Consequence of Sound will be reporting live from The Great Northern Hotel with some damn fine features all week. Today, we head to the ol’ R&R Diner, aka Twede’s Cafe, as we revisit Randall Colburn’s deep meditation on the American diner culture and why it’s such an integral facet of Twin Peaks.

Of all the shocking moments in Twin Peaks, there’s one that doesn’t get talked about too often. It doesn’t signal a key betrayal or point towards the larger, metaphysical forces at work in the series, nor does it involve any of the ensemble’s key characters. Rather, it’s a wrinkle in the Josie Packard plotline, one that never quite found its footing in the show’s peripatetic second season. It centers around ex-con Hank Jennings, who, while closing up the Double R Diner at the end of the second season’s fourth episode, gets laid out by Jonathan Kumagai, a mysterious associate of Josie’s.

What resonates, however, isn’t the act itself, which essentially serves to sever Hank’s ties to Josie. It’s that it happens in the Double R, which, up to this point, has served as an ostensible safe space for the characters, one that not only brings the town’s residents together but also brings out their best qualities. It’s where we see Garland Briggs recount a dream to this son that pierces Bobby’s tar-thick shell, ushering out a well of genuine emotion. It’s where Big Ed can safely catch a glimpse at Norma, his true love. Even Hank, a scheming, backhanded character in nearly every facet, seems genuine behind the counter. When a food critic visits Twin Peaks, his duplicity is shelved as he joins Norma in gussying up the place. To see an act of violence play out there is both jarring and, in some ways, sacrilegious. That Jonathan hails from Hong Kong makes sense; no local would soil the Double R in such fashion. 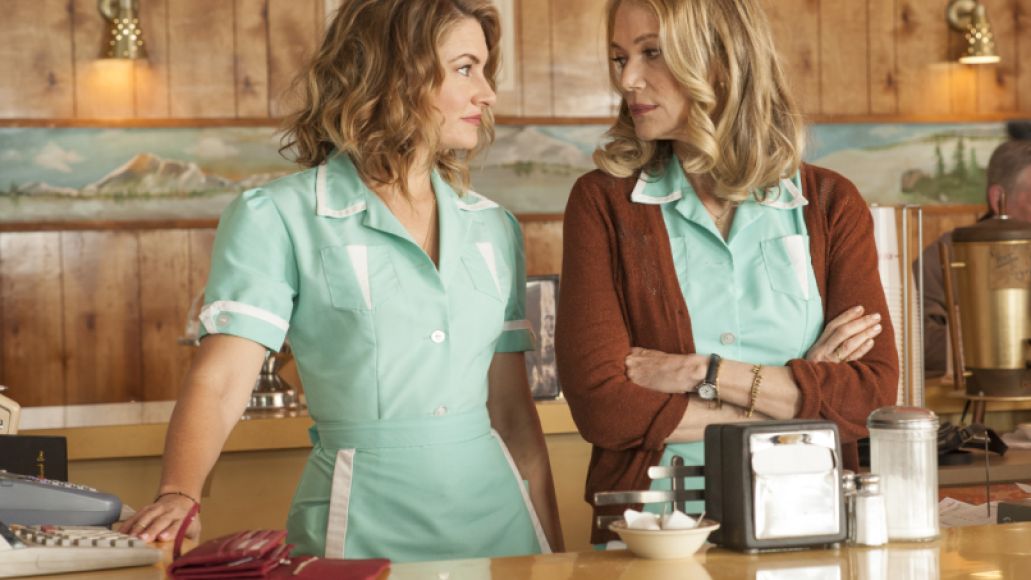 “It’s something that’s good about American culture,” says Richard J.S. Gutman, a diner historian and author of American Diner: Then and Now, among other books. “What a diner like the Double R does is take all of the encounters people have and marry them to home-cooked food and a friendly atmosphere. Anybody’s welcome in a diner. You can fit in if you’re not a regular. You can participate. Or you can just observe.”

“Basically,” he continues, “if you want to get the pulse of the community, you go to the diner.”

That’s especially true of Twin Peaks. There’s stalwart sheriff Harry S. Truman, munching a donut as he chats with locals. The pretty, popular contingent flirts with young waitress Shelly at the counter. Audrey Horne dances to the jukebox, a beguiling figure as sweet as is seductive. A taste of the town’s innate oddness resides in Margaret Lanterman, who hocks her gum at the wall while cradling a log in her arms. And then there’s the new guy in town: Special Agent Dale Cooper, who orders two extra slices of cherry pie like a man with no tomorrow.

“It’s a great foil for Dale Cooper’s eccentricities,” Gutman says of the Double R. “It’s a great foil for all kinds of things, including conversation and confrontation.” But without Cooper, Gutman says, the Double R would, like so many diners, “be taken for granted.” Being an outsider, it’s Cooper who relays the importance of such a place to not only viewers, but the residents themselves. The openness, the community, the quality of its coffee and pie—he sees them not as kitsch or novelty, but as a microcosm of everything good in Twin Peaks.

The Double R was real, too. Well, at least in Twin Peaks’ pilot and in its accompanying film, Twin Peaks: Fire Walk With Me. Lynch filmed these scenes in the Mar-T Cafe in North Bend, WA, a diner that looked pretty much exactly as you saw it on screen: the horseshoe counter, the chrome-and-vinyl stools, the tobacco-brown wood paneling. That design was replicated on a Hollywood sound stage for subsequent episodes. But here’s the good news: It’s coming back. “Several scenes from the new SHOWTIME limited event series, Twin Peaks, were filmed at the very same diner where Lynch first found inspiration. 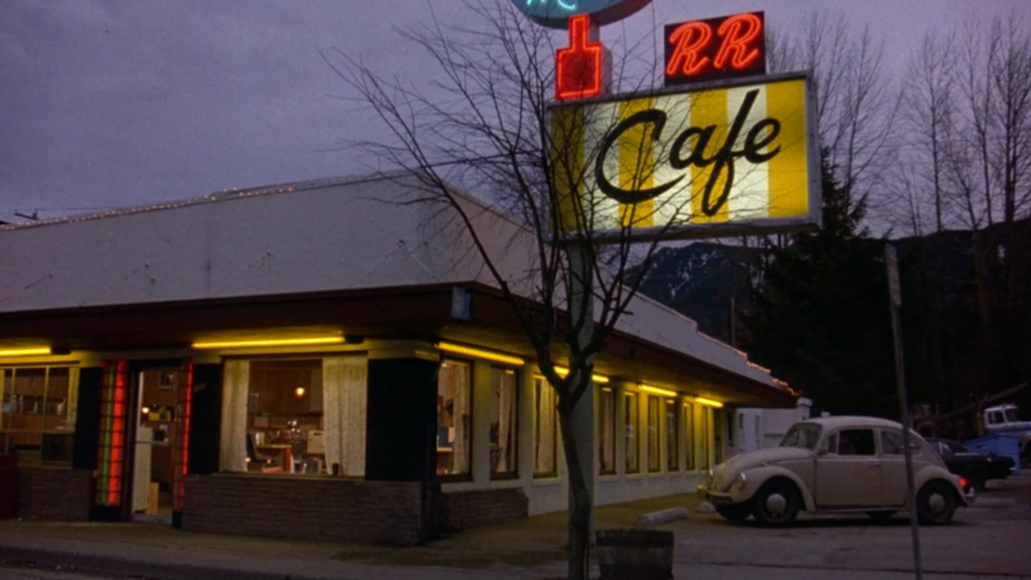 There was one catch, however: The Mar-T was now Twede’s Cafe, and Twede’s Cafe looked nothing like the Double R.

That wasn’t the case when Kyle Twede took over ownership in 1997. For the first three years of operation, Twede’s Cafe was still recognizable to fans of the show and, as such, a landmark destination for pilgrimages. After a fire in 2000, however, Twede says the building’s landlord requested a remodel. Gone were the signature flourishes that Peakies so enjoyed, but, for Twede at least, they weren’t his target demographic anyway.

“What we always wanted to do was create a community,” he says. Diners don’t thrive entirely on kitsch, after all. As Gutman would put it, diners appeal to “the people that make the world go round, the everyday people.”

“Plus,” Gutman adds, “let’s not forget about the food.”

Twede didn’t. His eatery would be more than cherry pies and damn good coffee (though you can get plenty of both). Over the years, Twede helped build a menu that was nearly as big as the plates. “We only serve big food,” he says. Burgers became a speciality. So did breakfast. “The bacon I put on your plate is the most expensive bacon I can buy,” he says. “The burger I put on your plate is the best meat I can get. It’s top of the line.”

Soon, Twede’s began earning local and national attention, not for Twin Peaks, but for its menu. In 2015, for example, the diner landed on Thrillist’s 12 Best Diners in Washington. “We got a lot of accolades because of our food,” he says. “And that’s what I had to do to get the local people back in here.” 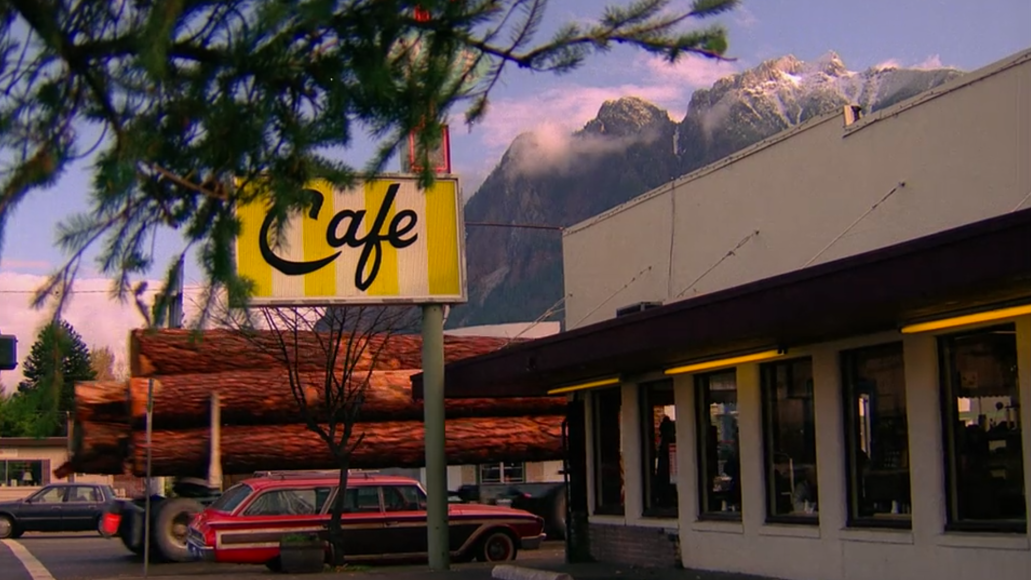 Twede’s will stay Twede’s, but it will, for all intents and purposes, operate as the Double R. “I told them, ‘Whatever you do, make sure it’s permanent,’” he says, noting that the diner will remain the Double R for at least the next several years. “It’s going to be a museum to David Lynch and Mark Frost.”

Now that the Twin Peaks revival has started airing, Twede is gearing up for what we knows will be a large influx of fans. He’s already seen an uptick in the amount of cherry pie orders. “We’re selling at least 120 pies a week. Maybe more. I got four people making pies pretty much full time.” He’s proud of it, too, noting that its crust—which has seven ingredients instead of the traditional three—is the specialty, though everything in it is homemade. 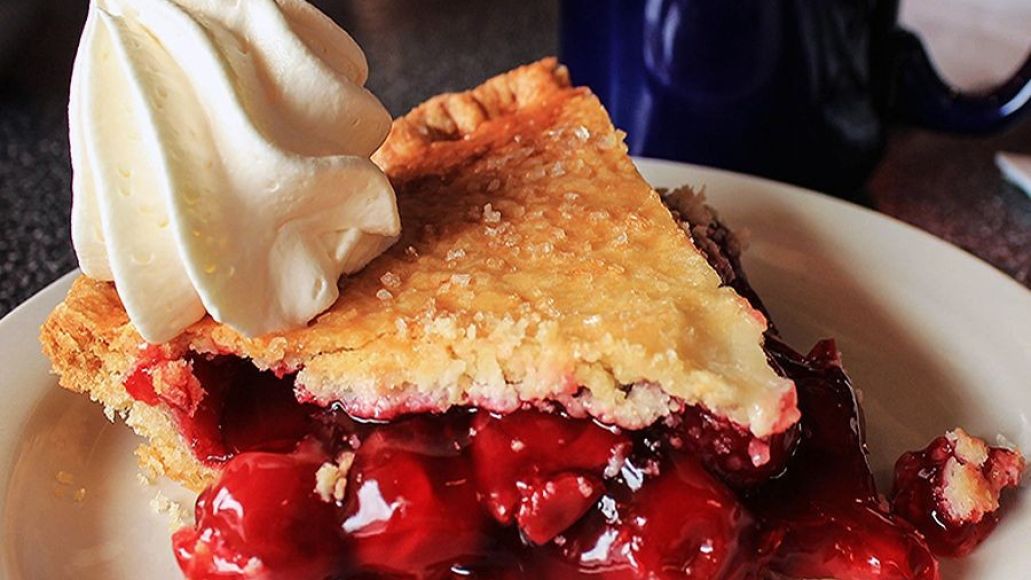 When asked if he plans on changing his menu for the remodel, Twede laughs. “Last time he put a piece of cherry pie on TV and created a legend and made a headache for me. As soon as I see what food he’s got now we might just have to change things.”

Not too much, though. Community is what Twede hopes to retain in this transition. The restaurant’s coffee for example, isn’t the “four shot” kind. “It’s the kind you sit down with somebody across the table and drink two to three cups and you talk about life,” he says. “That’s what my coffee is. Making damn good coffee is making it fresh.”

In looking back on the show’s influence on diner culture, Gutman laughs. “I was looking on the Internet recently and there are all these incredible stories about this ‘damn good cup of coffee’ and this ‘damn good cherry pie.’ It’s unbelievable how these things take on an incredible life in our culture.” 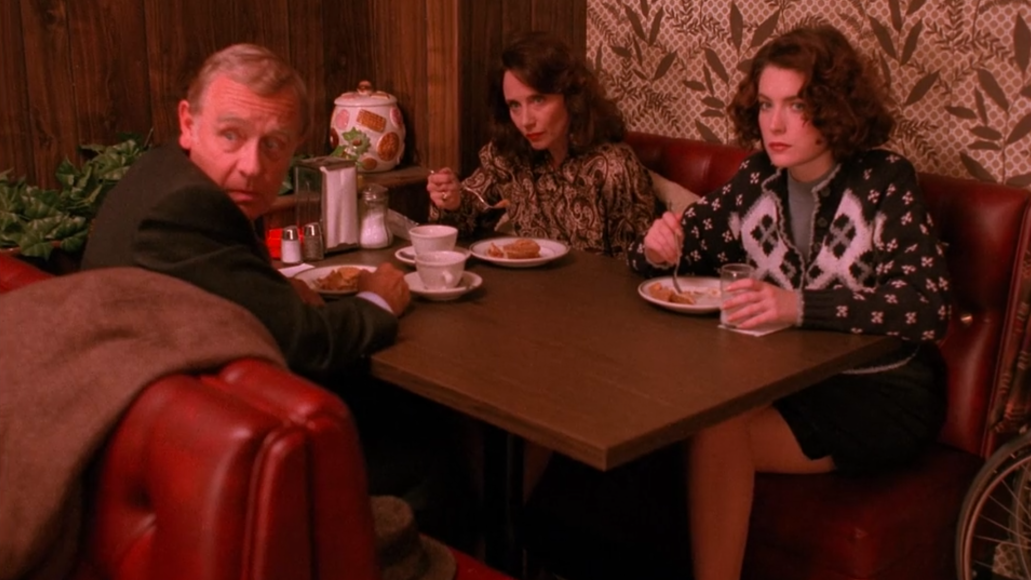 This fetishization of diner culture is still a relatively new one. Back in the ‘70s, Gutman says, “They were these invisible places. People didn’t necessarily give a lot of thought to the ordinary and the everyday.”

Books like Gutman’s began to change that. So did Barry Levinson’s 1982 movie Diner. Gutman, it should be said, found the diner they ended up using in the movie—Levinson had it transported from New Jersey to Baltimore for filming. And Twin Peaks, which debuted at the beginning of the ‘90s, became yet another symbol for what Gutman believes is a portrait of one of the better aspects of American culture.

“I think that as an icon that transcends borders, the diner became a piece of our culture that people could identify with outside of the United States,” he says, noting that he has a list of 50 diners that, by virtue of being featured in films and on TV, have “taken on this larger-than-life story to become legendary.”

Levinson’s diner, for example, was moved back to New Jersey after filming. Eventually, a radio station raised enough money to bring it back to Baltimore so fans could visit it. Gutman also talks about the diner featured in 2002’s Road to Perdition, which was purchased by the New Balance footwear company and installed near their headquarters (where it is only open for the company’s corporate functions). Before they grabbed it, however, someone had already stolen the booth where Jude Law sat in the movie. 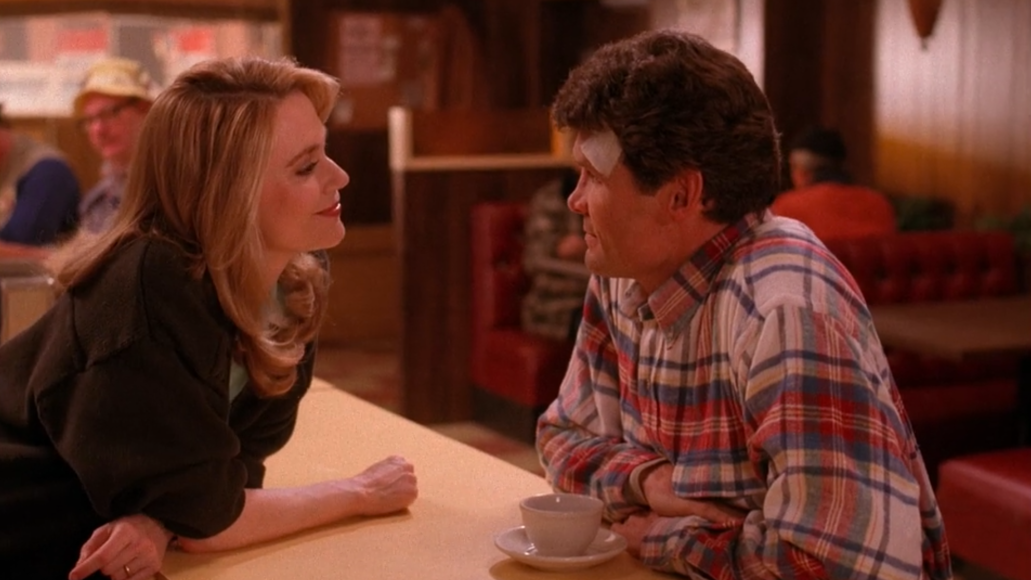 “The culture and the lore that surrounds these places is incredible,” he says. “People can go to Twede’s and say, ‘I wanna sit where the Log Lady sits.’”

“People say diners are disappearing and, yeah, they’ve always been a little bit disappearing,” he says, “but they’re never going away. They’re too much a part of what is good about America.”

And that’s why even a scumbag like Hank Jennings should feel safe in one. And it’s why we’re all anticipating those scenes in the Double R. Despite all the darkness that lurks in the corners of Twin Peaks, the Double R remains a symbol of what’s enviable about the town.

It may as well be called the White Lodge.

Where Pies Go to Die: Twin Peaks, Twede's Cafe, and the Mystique of the American Diner