Broad City is a show explicitly about women, and being a woman in the United States is becoming increasingly more political than ever. Appropriately, the stakes are high for Season Four, premiering on September 13th, which introduces the first new material from co-creators Abbi Jacobson and Ilana Glazer since the 2016 election.

This feminist comedy has ventured into political territory before — Hillary Clinton made a guest appearance last season, and the daring spitfire Ilana will regularly fight back against any man who dares harass her on the street. But under Trump’s presidency, the co-stars are so determined to use their on-air platform that they rewrote most of the material once Trump won the election. This, along with schedule conflicts, accounts for the year-and-a-half-long hiatus after Season Three.

“This is happening in the other Abbi and Ilana’s lives, so this is something they’re going to be talking about,” Jacobson said to the Television Critics Association, referring to Trump’s election. “For us to not be talking about it in the show would be insane.” 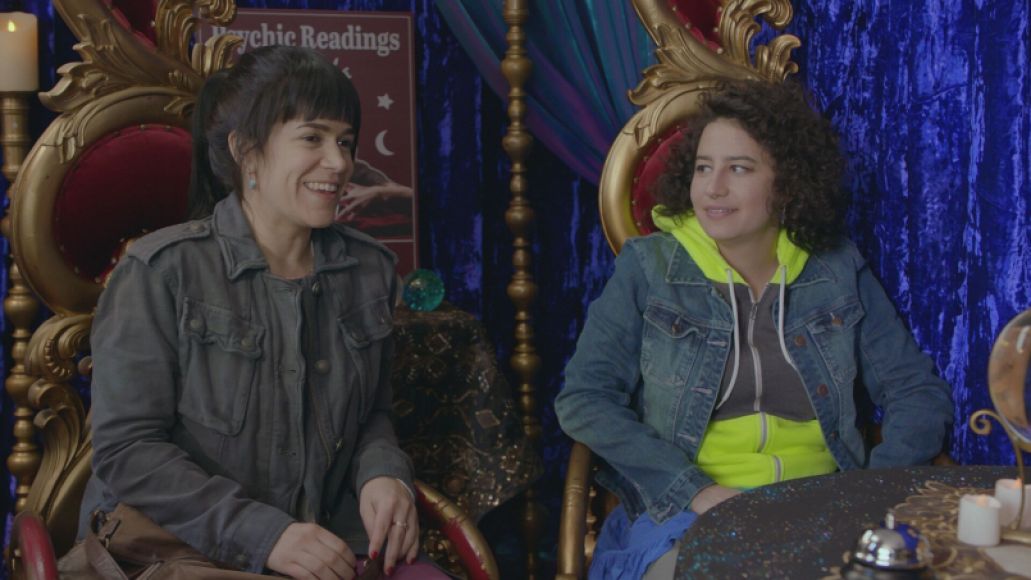 After existing as a web series, Broad City premiered on Comedy Central in 2014. Renewed through Season Five, the popular New York-based situational comedy follows the friendship of Abbi Abrams and Ilana Wexler, who represent exaggerated versions of the writers themselves. Abbi and Ilana have such a codependent friendship that they FaceTime during sex and bowel movements alike. But what they also share is an affinity for challenging patriarchal norms, though at times, their discourse can be a bit lodged in their status as upper-middle class, well-educated Jewish women (they voted for Hillary twice, if you catch my drift).

It’s often not enough to simply be political, and comedy in 2017 demands both self-awareness and perspective. Last month, critics condemned Tina Fey’s guest appearance on Saturday Night Live’s Weekend Update after the neo-Nazi demonstrations in Charlottesville, Virginia. Fey portrays a caricature of a suburban white woman who argues that the best response to white supremacy is to turn a blind eye and eat sheet cake. As the 30 Rock star aggressively stabs the American Flag-clad cake with her fork, it appears that Fey’s advice is satirical, yet her remarks still stir frustration among viewers as an ineffective use of quality airtime.

The reaction to Fey’s performance proves that even comedy fans are demanding accountability from writers, which can only result in more thoughtful, critical television. In Broad City’s Season Three episode “Rat Pack”, for example, Ilana’s roommate, Jaime, explains to her that she shouldn’t wear her “Latina” earrings anymore – “It’s almost like you are stealing the identity from people who fought hard for it against colonial structures,” he explains in the middle of a party. It would be great if Ilana never wore the earrings in the first place, but an admission of fault is powerful in its own rite when compared with the typical sitcom. In Season Two’s “Citizen Ship”, Ilana remarks to her friend-with-benefits, Lincoln, “It’s unbelievable that we live in a city where our ancestors passed through Ellis Island,” to which he retorts, “Yeah … Mine didn’t.”

In Season Four, Broad City attempts to find a happy medium between pure comedy and political messaging. In one of Broad City’s funniest episodes yet, “Witches” chronicles Ilana’s horrific realization that she hasn’t had an orgasm since Trump was elected. Across the entire season, every mention of Trump’s name in Season Four is censored as though it’s a swear word. Though this may seem like another sheet cake scenario, Jacobson and Glazer avoid the mistake that Fey makes, in which her satire doesn’t stretch far enough to deliver a clear, productive message. Instead, these women manage to punch up at Trump’s hateful rhetoric through some of their most clever writing yet – the beeping noise is even more jarring than the word itself, paralleling the deliberately censored “Trump” with the type of words that normally get censored (you can fill in the blanks). 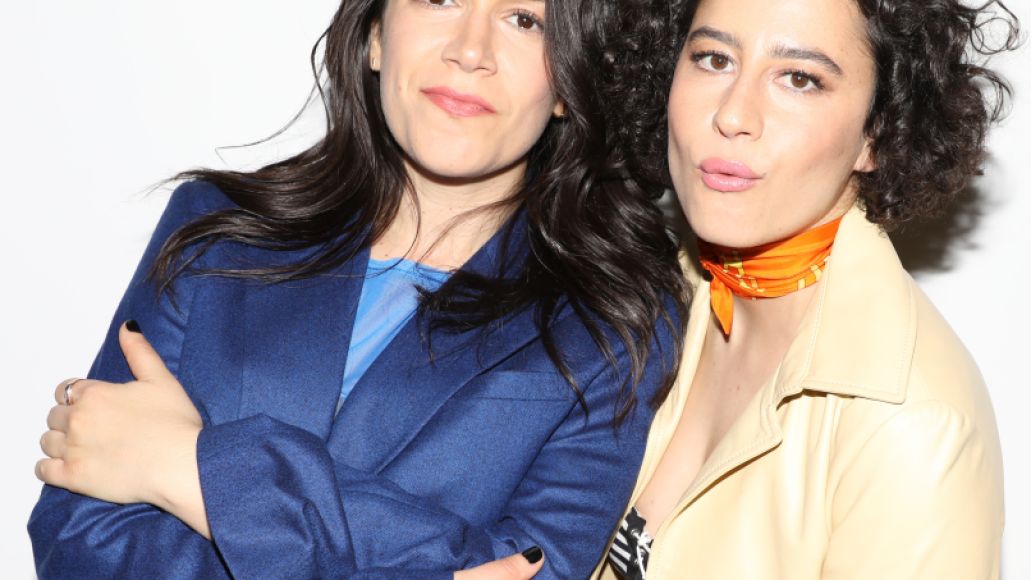 The season premiere, “Sliding Doors”, chronicles a flashback to 2011 and follows two separate timelines charting the day Abbi and Ilana met. In one scene, a subway beggar yells incoherent nonsense – but when the show rewinds itself to begin the alternative timeline, the beggar’s babbling reveals, “Donald Trump will become president.” This is the only instance in the season when “Trump” is not censored. Later, when Ilana gets caught smoking weed in public, Abbi and Ilana dash across the street and get hit by a bus, which displays an advertisement for Donald Trump’s The Apprentice (They die, but don’t worry – this happens in the alternate timeline).

Broad City, at its core, celebrates the uncanny comic chemistry between Abbi and Ilana, but the reinvigorated urgency under Trump’s presidency forces the show to question the relationship between white privilege and comedy. For a woman like Ilana, Trump’s presidency means more anti-depressants, and thus, more difficulty achieving sexual climax. At times, Broad City threatens to veer into HBO Girls territory (i.e. exploring the narratives of privileged women in Williamsburg lofts). Abbi and Ilana are a bit more self-aware than Lena Dunham’s girls, but they still must work to remain conscious of their privilege in a world where clitoral trouble is not the direst issue at hand. All things considered, Broad City seems to address politics in a manner that only bolsters the writing at its best: hilarious and confident, yet relatable in its vulnerability.