Four years after releasing their last album, Negativity, Deer Tick are back with not one but two new records. Coming September 15th via Partisan Records, Deer Tick Vol. 1 and Deer Tick Vol. 2 aren’t meant to be taken as a double album. Instead, they’re two distinct efforts highlighting the band’s strength in separate areas: acoustic folk (Vol. 1) and rollicking rock and roll (Vol. 2).

Over the course of their career, it’s often been hard to classify Deer Tick as either a bar punk band or a folk rock project. That’s because they’ve managed to successfully be both, and the two new self-titled efforts go a long way to highlighting that fact. Both were recorded with producer Adam Landry at Ardent Studios in Memphis, Tennessee. As frontman John McCauley tells Consequence of Sound, Landry set down one rule: “Instead of it being an acoustic and electric album, it’s really more of an acoustic guitar and an electric guitar album. The rules were like, ‘This is an acoustic one. We’re not allowed to touch the electric guitars.'”

In that way, they were free to do whatever they wanted for the tracks while keeping the distinctive styles at the forefront. The result is two albums that both sound definitively Deer Tick despite their different approaches. Vol. 1 ranges from the summer shimmy of “Doomed from the Start” to the drinking confessional of “Cocktail”. A track like “Card House” demonstrates Deer Tick’s willingness to experiment even with in the confines of the two records, with a sound somewhere between boléro and minstrel. Over on Vol. 2, you’ve got the rowdiness of “It’s a Whale” presented right next to the driving songwriting of Ian O’Neil in “Tiny Fortunes”. Don’t think the band can’t be delicate on electric instruments, either, as they slow things down on the piano-and-sax-led instrumental “Pulse”.

Deer Tick have long been a band beloved for their ability to be masterful in their jack-of-all-trades approach to songwriting, and that’s never been more clear than on these two self-titled albums. Ahead of their official release, you can stream both below.

Pre-orders for both Deer Tick Vol. 1 and Deer Tick Vol. 2 are going on here, with special packages available via PledgeMusic. To help give fans more insight into the new efforts, CoS called up McCauley for a conversation about what it was like recording two different albums simultaneously. Read on to find out 10 Things Deer Tick loved about the process.

Letting the studio bring out the best in you: 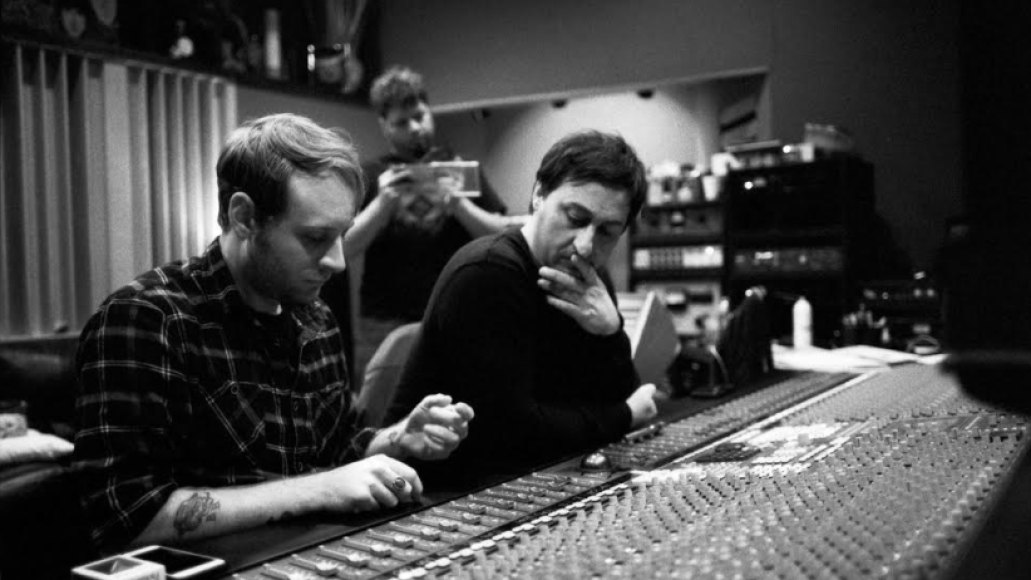 Deer Tick were on a semi-hiatus after celebrating their 10th anniversary in 2014 and McCauley having his first child with his wife, Vanessa Carlton. They tried getting back in the studio in 2015 with the two albums idea, but were unsatisfied with the results. They trashed it, and essentially took an unofficial break. When they got back together to play their annual after parties at Newport Folk Festival in 2016, the spark came back and they decided to try again. Says McCauley,

“We since then reunited; we decided to take another shot at this two album idea that we had. So we booked at Ardent thinking whatever we do there, we could use. If we didn’t like it we could find another studio and, you know, ‘Let’s just get started.’ It turns out we loved it and we were like, ‘Alright, we’re just gonna stay here.’ We booked the rest of the session, and just chipped away at it. We spent a lot of time in the studio getting comfortable and we had a pretty great budget for the first time in our career [laughs]. So, it was really nice. We were all excited to be there, excited to be playing with each other. Good vibes.”

Proving to the team at Partisan Records that their two-LP idea could work:

McCauley always planned to have two volumes, but that doesn’t mean the band’s label was initially on board. He explains,

“I had to explain it to our label and they were not so into it at first. There were some things in our contract where it was like, if they didn’t like both albums we were going to have to pay back half the budget or something like that. So there was a little bit of pressure there because we definitely did not want to have to owe them half the money that we’d end up spending. They have requirements, like, ‘Each record has to be at least this long…’ We were pretty confident that we would be able to pull it off and that they would like it. I didn’t feel like it was that big of a risk. I know Tim [Putnam], the boss of the label, so I knew he’d dig it. He couldn’t really see it at first, you know [laughs]. But, once we started recording he got really excited.”

But also compromising with the label:

Once Partisan was on board for two different albums, McCauley had to convince them to let the band present the records in the way he’d envisioned. “I thought it would be funny and confusing if we self-titled them — like completely self-titled them and there was no Vol. 1 or Vol. 2. The volume one and volume two were kind of a way to compromise with the label who were like, ‘Ok, under no circumstances are we going to release two self-titled albums by Deer Tick on the same day. It’s impossible.’ So it was like, ‘Ok, fine, we’ll go with Vol. 1 and Vol. 2.’”

Figuring out if a song would be electric or acoustic: 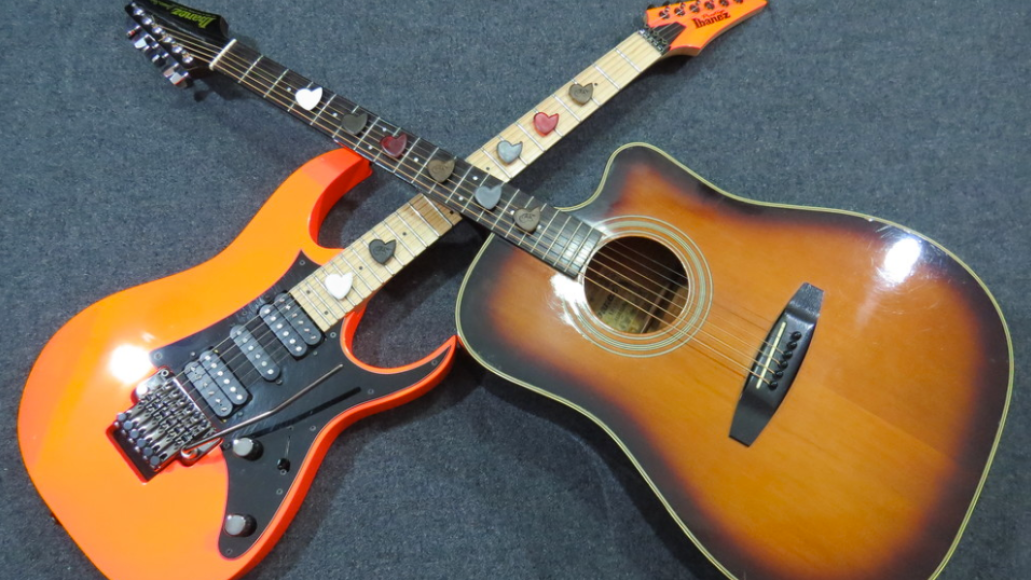 “There were a few songs that we didn’t feel too strongly about putting them on 1 or 2,” McCauley says about knowing which form a track would take. “It was just a matter of playing it a few different ways to figure it out. There was an early version of ‘Cocktail’ we were doing that was kind of more of a country Rolling Stones song, like ‘Dead Flowers’ or something. That would have been on Vol. 2 had we gone through with that, but it just didn’t work as well. It was more like a piano ballad thing. ‘Jumpstarting’ was an acoustic demo at first, but we tried recording it first electric. We liked it so much we didn’t bother trying an acoustic version. I guess we were in the mood to play electric that particular day. I heard it a certain way. I heard these drum fills and stuff. I just kind of liked that idea.”

Switching between the styles as the mood suited:

“We had it set up so it wasn’t too hard to change our minds and start working a different way. I mean usually we have a game plan that we come up with the night before we go in so we can have our engineer set up certain mics or whatever. But it generally doesn’t take that long to kind of change it around if we just weren’t feeling it or had to take a break and try something different.”

Though Robbie Crowell left Deer Tick in December 2016, it was after they’d finished recording the albums, so a lot of the keys and pianos are still his. But McCauley had also been exploring more piano work himself, and he let himself experiment on the new songs. “I played on both [volumes]; I did a couple little over notes here and there, but nothing major. There was another song that was supposed to be on Vol. 1 that didn’t make the cut that I played piano on as well… That’s probably why it didn’t make the cut [laughs].”

He adds that it’s his marriage to Carlton that led to him spending more time at the piano. “I just play it around the house. Being married to a piano player who has a big Yamaha grand piano, you know, it’s a very inviting instrument when it’s just sitting there in your living room.”

Predicting which album will do better: 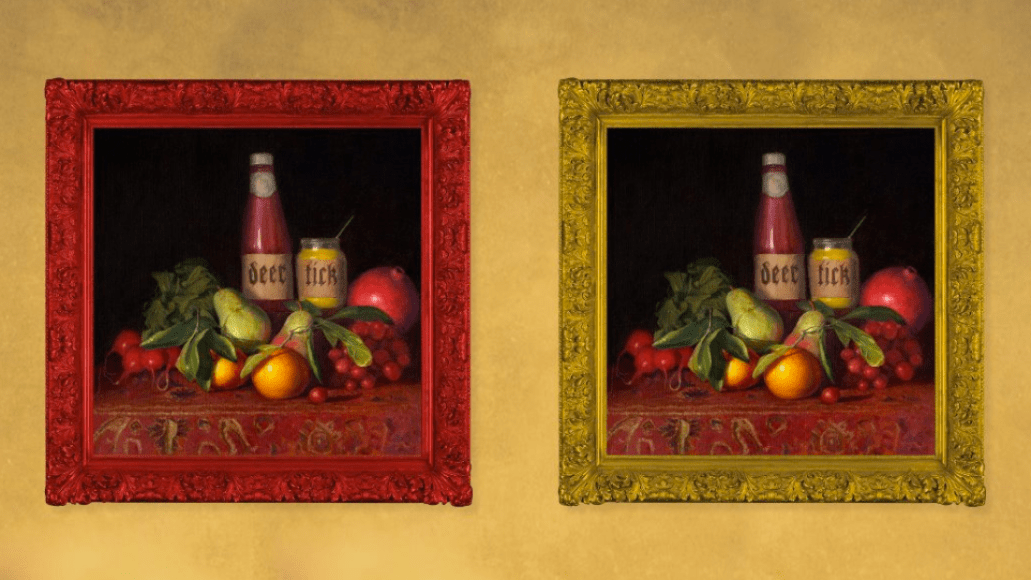 Because they aren’t a double album, Deer Tick Vol. 1 and Deer Tick Vol. 2 will end up charting separately, despite being released on the same day. That’s something that tickles McCauley, even if he has his own idea about which will be more successful.

“It’s not as common as putting out a double record I guess, but it just makes it stand out a little bit more. Which, you know, there’s so much fucking music coming out all the time and it can be kind of competitive, so just the idea of putting out two records simultaneously… But I’m already mentally prepared for one of them to sell more than the other. I think there are a lot of fans that really like our folky stuff, so I think Vol. 1 is kind of going to do a little bit better than Vol. 2. I mean I like them both the same, but I just have a gut feeling about this one.”

Playing an acoustic tour helped with the recording of Vol. 1:

The band is about to embark on a tour during which they’ll perform two sets, the first being acoustic and closing with electric. Thankfully, they’re already familiar with going acoustic, which only made recording Vol. 1 easier.

“We did the acoustic tour earlier in 2016 when we started recording. So we already kind of examined our catalog for what works best under those circumstances and what songs we could reimagine that way. It also definitely helped the recording process for Vol. 1 because we were, at that point, having a few months of playing acoustic shows with each other. We did a couple acoustic shows here and there; it was always really fun, but we hadn’t gotten totally comfortable with it until the tour.”

Taking time off prepared them for a painless recording process:

“You always prepare yourself for stuff to go wrong. In this case I think we had really taken enough time off and had really prepared ourselves for it. We were really driven to make it happen. And there weren’t really any major problems along the way. It was just really nice how it all worked out for us.” 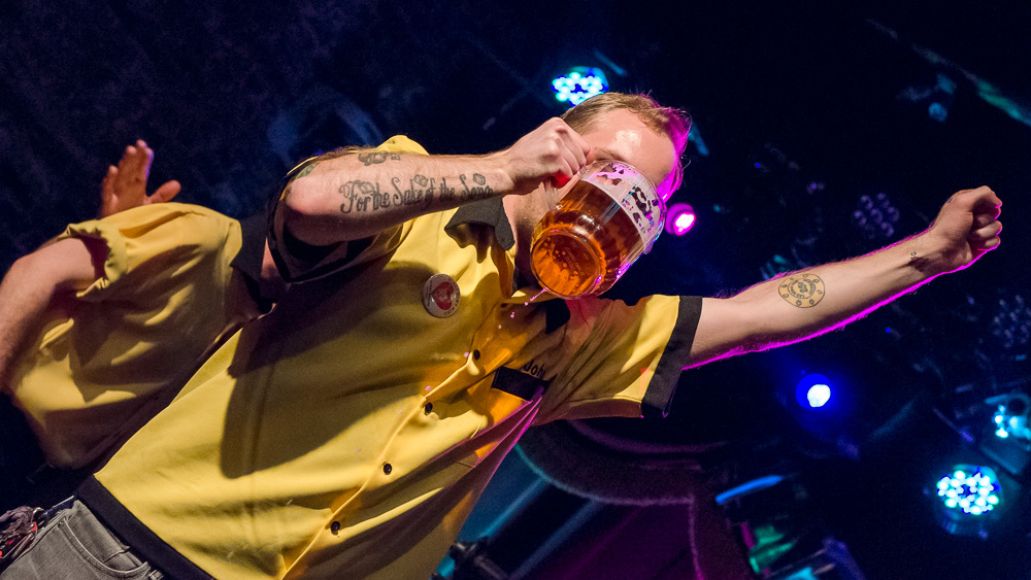 Though many in the media took the angle that Negativity was McCauley’s “clean and sober” record, he readily admits he “was fucking on every drug under the sun while we were making that record and I was a fucking mess.” It turns out he was detoxing while on the press tour for the album, and people picked up on the fact that he was drinking O’doul’s during interviews. Though he still enjoys the occasional vice — “I’m not sober, but I’m not drunk either” — he’s no longer dependent on booze, and that put his head in a much clearer place during recording. “I think it made the whole process much easier. I’m not getting shitfaced or anything, you know? It’s amazing what the little tweaks to your lifestyle can help you accomplish,” he says.

Cutting back on alcohol wasn’t the only life shift that changed McCauley, either. “I’m comfortable. I’m comfortable, man. I have a cool family at home, I run and I lift weights now, and I’m sort of healthy now. I still smoke every now and then [laughs]. It’s nice. I’m just kicking back and taking it easy before I gotta hit the road.”

Speaking of the road, later this month will find Deer Tick embarking on their “Twice Is Nice” tour, which will see them playing a complete acoustic set followed by an electric one. Find their complete itinerary here.