The eulogy for liner notes has been written hundreds of times since the advent of the mp3, but it bears repeating: we lost more than the physical act of holding a record in our hands. We lost an opportunity to examine the credits, to act as students of music uncovering the magicians behind the curtain. The access to information that the internet offers is astonishing, but the act of learning from the liner notes is a lost art. “I educated myself a lot in music just by reading credits,” says multi-instrumentalist/producer Guy Sigsworth. “It would mention instruments that I didn’t even know, and I miss learning about the strange instruments I was hearing.”

That note sums up perhaps the two most important aspects of Sigsworth’s career. The fascination with obscure instruments informed his early work studying classical music, as well as his eventual contributions of instruments like clavichord and celeste to records from Björk and Robyn. However, it also displays his thoughtful, considerate approach to life and art, always eager to learn and quick to acknowledge the work of others. There’s no pretense to his craft; in fact, it relies on knowing that artists are at their best when they stay true to themselves rather than aspiring to be someone else.

Sigsworth has made his name both as a producer and as a musician in his own right, but in all cases, he’s done so by being relentlessly curious — and appreciates the same in others. He found Seal at a time when the singer was only beginning to find his way in the industry, yet they both knew exactly what they were hoping to achieve. Though performing at very different ends of the spectrum, the producer credits both Britney Spears and Alanis Morissette for their honest vision. His work with Imogen Heap (or Immi, as he affectionately calls her) under the banner Frou Frou was rooted in her innovative ideas. Sigsworth’s work with Björk (notably on the sublime Homogenic, which just celebrated its 20th anniversary) stems from a similarly shared passion for discovery. In our conversation, we spoke with Sigsworth about five key artists he’s co-written with and produced, as well as the lessons he learned during those iconic sessions.

In addition to being a producer and multi-instrumentalist, I believe you have a debut solo album coming out at the beginning of next year?

Yes, we hope so! I haven’t officially decided on the title of the record yet, but I’m calling the project Stet. It’s a cool word that comes from a Latin abbreviation when people write or proofread, which I suppose you as a journalist may be aware of. Stet is a sign that means “let it stand.” So, if you write something unusual, you write “stet,” and then people know not to correct it. It’s like saying, “It may seem weird, but I really mean it!”

Are you singing on the album, or is it instrumental?

Oh no, no, no! I don’t think the world needs to hear my beautiful singing voice [laughs]. I’ve worked with Björk, Imogen Heap, Alanis Morissette, so I’m definitely not thinking, “I’ll show ’em how it’s really done!” It’s music that I’ve written, with some guest vocals, including a couple tracks with Imogen, as well as Anil Kamalgharan and Malcolm Grech. But there will be a lot of instrumental music. It’s always hard to describe this style, but it’s modern classical that’s probably closer to Ólafur Arnalds than it is to The Three Tenors. It’ll appeal to the kind of people who have wound up going to classical concerts because they like what Johnny Greenwood does with Radiohead rather than because they thought they had to grow up and stop listening to pop music.

I grew up somewhat isolated in the Yorkshire Dales, and my dad only liked classical music, so that’s mostly what I knew. I didn’t really know much pop music (I’ve always liked the fact that I speak pop with a slight foreign accent — it makes me different). Of course I wound up having a career in pop, and now I’m trying to get back to my roots in classical.

Can you connect with producers better now? Do you feel like producers are more pressured to do things now than in the past because of the ever-changing landscape of the music industry?

I feel like the world’s become more like me. I started making recordings with some basic computers I bought for myself while living in the front room of my brother’s flat. I got let into studios because I co-wrote songs that wound up on Seal’s first record. I didn’t come through the conventional studio apprentice route; I was somebody working at home who then got allowed into studios because people liked my demos. I see it as a positive that today someone can write an album on their Macbook in a cafe if they need to. They don’t need to have access to expensive studios.

Something happened — I can’t say exactly at what date — but we’re now in a world where, with very few exceptions, you can’t really tell how expensive an album is anymore. You can still tell that the last Daft Punk album is a very expensive record because it has lots of famous musicians on it. But you sometimes hear music that sounds very lo-fi, and then you discover that it’s a big hip-hop artist working in a hugely expensive studio, but mostly using it as a hospitality area, and the musicians are still actually working on beats on their laptops. On the other hand, you might hear something incredibly deluxe and then discover that someone did it all at home. People in a basic home project studio may not have the most expensive equipment, but they have their own time. And that’s precious. 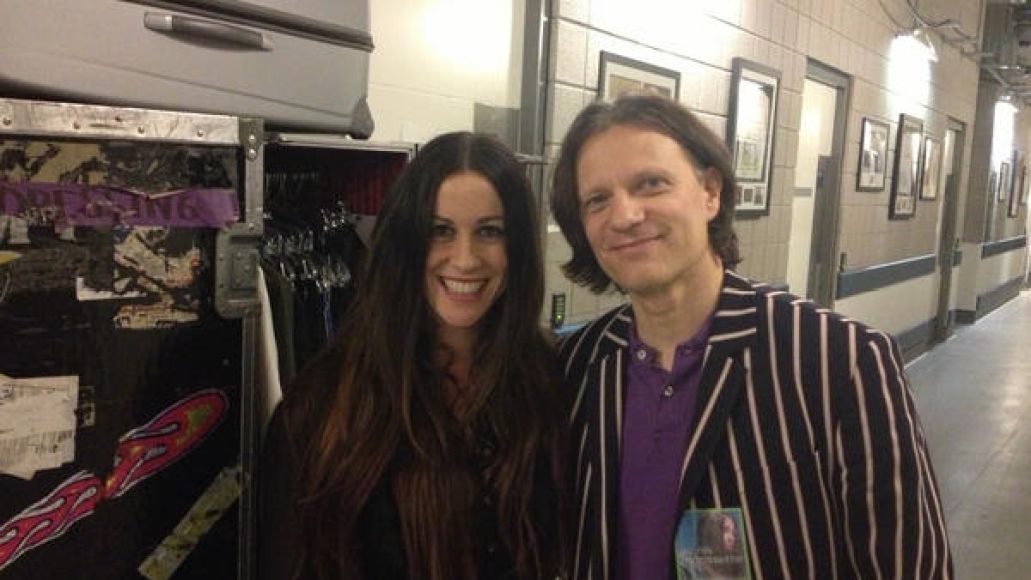 Some people revel in a boundless space with unlimited time, but I suppose the mobility aspect is interesting when it comes to creativity.

I’m always excited by new technology, and, if anything, I’m wary when people become overly nostalgic for “classics.” At the moment, there’s a fashion for rebuilding vintage synthesizers from the 1970s. Moog have even built an exact replica of Keith Emerson’s synthesizer at a price which only wealthy businessmen can afford. Don’t get me wrong. I love Moog; I love what Bob Moog has achieved for musicians, but I also want to see completely new musical instruments made for now. I suppose when I was playing all these ancient instruments, like harpsichords, they were old. But they were also new because they’d been forgotten and then rediscovered.

That’s right. You really brought new ears and new energy to the harpsichord, the clavichord, the pipe organ, and the celeste. You brought it in where it sounded like a human organ, like human breath.

Especially with Björk, who really embraced it.

In addition to producing, you co-wrote as well. Was that always the plan?

There was a moment when I realized I was good at playing baroque music on the harpsichord but that other people could play it even better than me. I drifted out of that world, and I bought some basic electronic equipment. It was around the time where the whole acid house scene was happening in Britain, which I mostly heard on pirate radio rather than by actually going to raves. I loved this unselfconscious way people were using electronic sounds — it was very different from academic electronic music — and I tried to create similar noises with my cheap gear. Then I met Seal and we wound up working together on his first record writing songs. Personally, I find it easier if I write with the artist, because then I really know what’s important: I know the mission. The biggest lesson I’ve learned is not to be too precious about my own art. If the artist vetoes my wonderful backwards tabla idea, don’t worry: its time will come later. Try and see the difficulties of making art as pleasurable waystations along the route. Viewed like that, music-making is the most wonderful thing in the world.

Click ahead to read Guy Sigsworth’s liner notes from working on classic albums by Seal, Björk, Britney Spears, Alanis Morissette, and his own group Frou Frou.

From Björk to Britney: Songwriter and Producer Guy Sigsworth on Being a Kindred Spirit in the Studio