This article originally ran in 2016. We’re revisiting today to celebrate the 20th anniversary of one of the most potent, hard-hitting, and compelling crime thrillers of the ’90s.

Titanic’s huge sweep at the Academy Awards in 1997 (winning 11 of its 14 nominations) left a lot of other great movies in the dust: Good Will Hunting, The Full Monty, Boogie Nights, Jackie Brown, the list goes on. While many of those films have maintained a certain mainstream appeal, there’s something delectably cultish about Curtis Hanson’s 1997 noir thriller, L.A. Confidential. Despite its comparative slide into obscurity, L.A. Confidential remains one of the most potent, hard-hitting, and compelling crime thrillers of the 1990s.

All of this is de rigeur for any given film noir, but L.A. Confidential’s deeply contemporary approach and layered story sets it apart. While the temptation in 1950s period pieces is to film everything with a glossy Douglas Sirk sheen, Hanson and DP Dante Spinotti filmed L.A. Confidential like a modern thriller, with naturalistic lighting and a decided lack of emphasis on the period details. As a result, the movie lies in a fascinating middle ground between a nostalgic throwback and a gripping, immediate thriller.

The life of a detective is never easy in 1950s noir, and the central trio of gumshoes in L.A. Confidential form one of the great holy trinities in ensemble film history. Tracing the trajectory of a police takeover of a lucrative Hollywood heroin empire, the task falls to brutish Bud White (Russell Crowe), suave celebrity detective Jack Vincennes (Kevin Spacey), and bookish, principled Edmund Exley (Guy Pearce) to stop it. This is not to say they’re all shiny golden boys; Bud is the poster boy for anger management issues, Ed is such a humorless stick in the mud about procedure and principle that all the other cops hate him, and Jack is too busy schmoozing with movie stars to pay attention to all the crime happening around him. 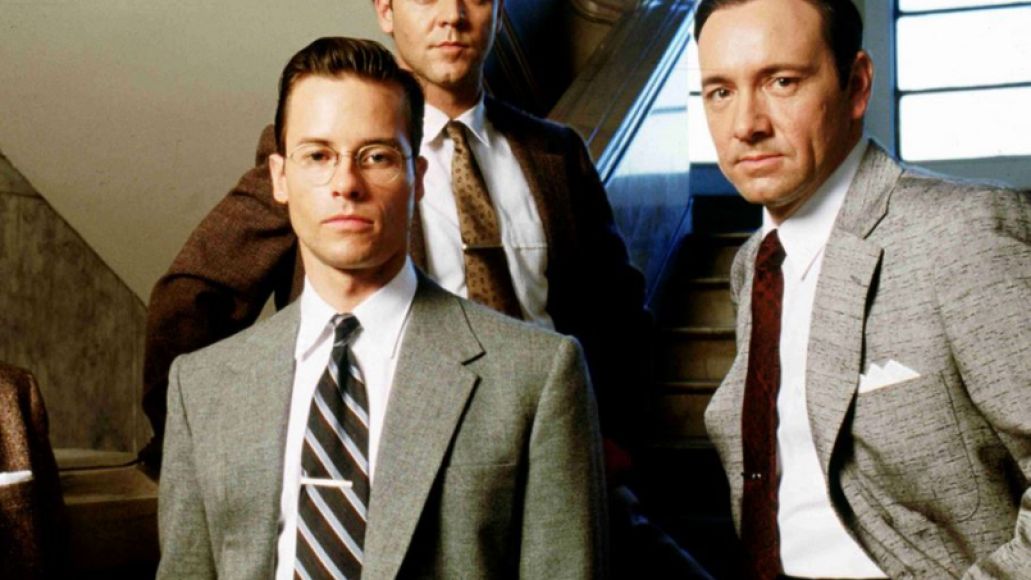 Both Crowe and Pearce’s performances are fantastic showcases for their pre-fame potential – Confidential came out before their big breaks in Gladiator and Memento, respectively – and Spacey’s star power perfectly fits Jack’s status as the detective-consultant to the stars who finds himself doing real investigative work for a change. Each of them walks a fine line between protagonist and antagonist in any given scene, each stepping into each other’s path in myriad ways before realizing that each has an essential core of decency and honor that binds them together. Even as the police become the greatest enemy of good in L.A. Confidential, it’s the essential goodness in Bud, Ed, and Jack that helps them overcome the immorality of their surroundings.

While Confidential was snubbed for Best Picture (and Best Director) in favor of James Cameron’s sinking-ship movie, it still nabbed a few crucial and well-deserved statues. Kim Basinger’s Lynn Bracken earned her a Best Supporting Actress win, and it’s easy to see why. Her doomed sexpot, a woman frustratingly trapped as a sexual object forced to perform for the various men in her life – even two of the detectives we’re supposed to be rooting for – makes her a perfect femme fatale. Hanson and co-writer Brian Helgeland’s adaptation of Ellroy’s book also won Best Adapted Screenplay for its uncanny ability to transpose a highly complex, episodic book with a million storylines and subplots that all have to meld together by the end, while also cultivating fulfilling and dynamic character arcs for at least three protagonists. It’s a small miracle the script works as well as it does, and the dialogue is full of pure, strained noir wit: “Go back to Jersey, sonny. This is the City of the Angels, and you haven’t got any wings.” Confidential made a strong case for its Editing and Original Score nods as well; the film’s editing masterfully wrangles the disparate plots and creates cracking action scenes, and Jerry Goldsmith’s tense, brassy score is one of his greats. 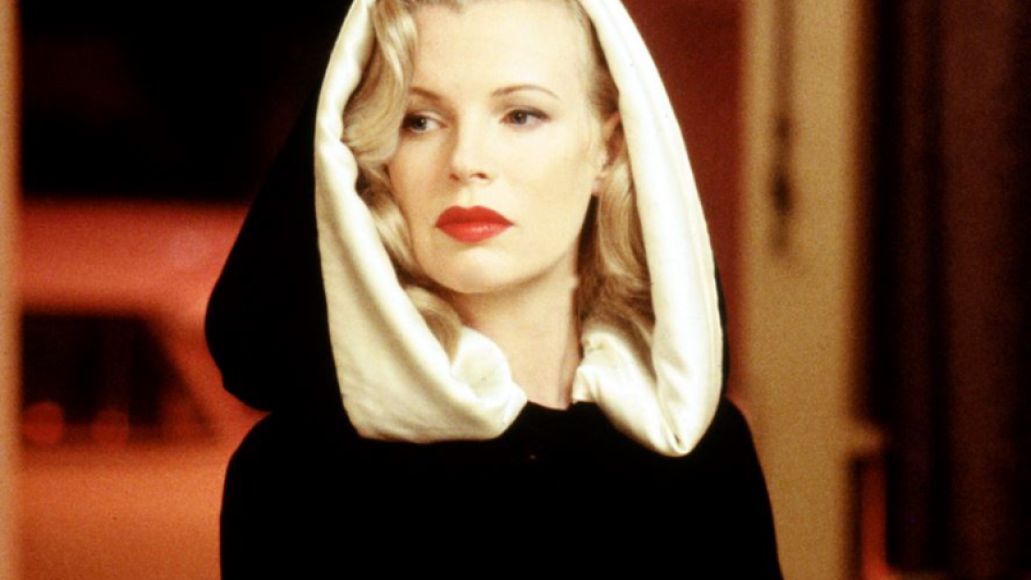 Even as L.A. Confidential has been somewhat sidelined in Oscar history, this is not to say it’s been totally forgotten. It was a huge influence on the hit video game L.A. Noire, in which you play a very Ed Exley-type character uncovering police corruption and movie-star malfeasances of all stripes in 1940s Los Angeles. It still tops critics lists, including Roger Ebert’s 2008 list of the best films about Los Angeles culture in the last 25 years. Fewer people think about As Good As It Gets or Mrs. Brown than they do L.A. Confidential, to be sure, but Hanson’s sophisticated, complex detective thriller has a unique quality that makes it absolutely timeless. Just as Spotlight is being hailed as the next All the President’s Men, it can safely be said that L.A. Confidential easily ranks alongside Chinatown as one of the best noir films of the 20th century.