Low in High-School is the upcoming 10th solo album from Morrissey, set for release on November 11th. As part of promotional efforts, the former Smiths frontman has not only finally launched an official website, but also signed up for his own Twitter account (!).

Morrissey’s first-ever tweet came yesterday and teased a new single called “Spent the Day in Bed”. Now, less than 24 hours later, that song has been revealed in full courtesy of BBC Radio 6. Check out its accompanying lyric video below.

For Morrissey, a day in bed means much more than just catching up a few winks. The song’s chorus hears him rail against fake news, as he sings,

“And I recommend that you stop watching the news/ Because the news contrives to frighten you/ To make you feel small and alone/ To make you feel that your mind isn’t your own/ I spent the day in be/ It’s a consolation when all my dreams/ Are perfectly legal/ In sheet for which I paid/ I am now laid.”

Spent the day in bed…

Low in High-School follows 2014’s World Peace is None of Your Business. It was produced by Joe Chiccarelli, a Grammy-winning studio veteran known for his work with The White Stripes, Broken Social Scene, and Spoon. Recording took place at La Fabrique Studios in France as well as in Rome at the Ennio Morricone-affiliated Forum Studios.

“Morrissey’s talent for combining political statements and beautiful melodies is more prevalent than ever on Low in High-School,” a press release described, “capturing the zeitgeist of an ever-changing world.” The newly revealed tracklist spans 12 songs and includes titles like “Home Is a Question Mark”, “The Girl from Tel-Aviv Who Wouldn’t Kneel”, and “Who Will Protect Us from the Police?”. Perhaps the latter track is in reference to Morrissey’s recent run-in with an Italian officer? 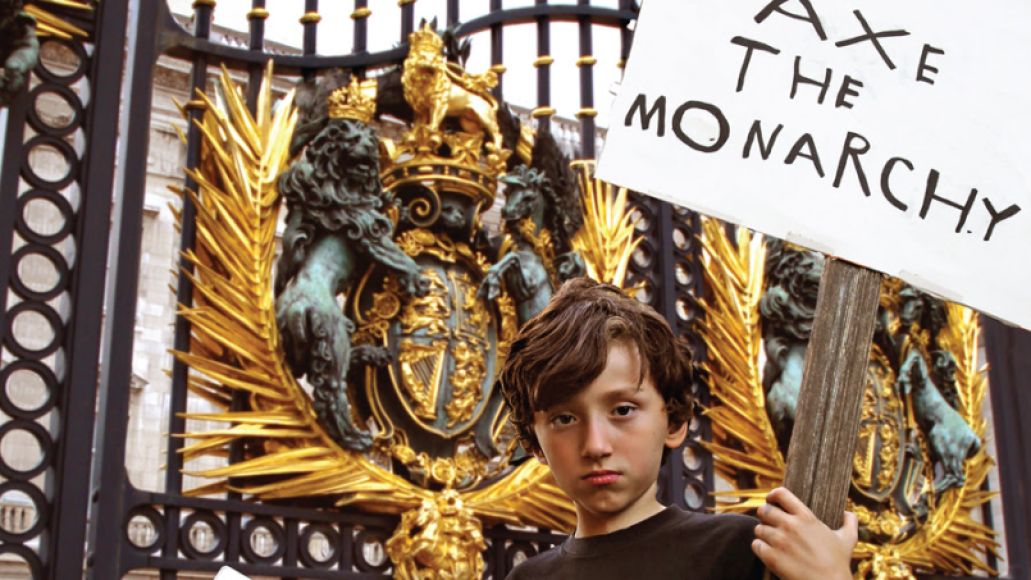 In support of the LP, Moz has a pair of shows scheduled at the Hollywood Bowl featuring opener Billy Idol scheduled for November. Further tour dates are forthcoming, as Morrissey himself teased via Twitter.