Earlier today, Kevin Shields was announced as one of the performers at Sigur Ros’ upcoming holiday festival, Norður og Niður, set for December 27th to 30th in Iceland. However, it looks as though the My Bloody Valentine frontman has much, much more in store for fans in the coming months.

On the festival’s artist page for Shields, a bio claims the musician is “working on material for a new My Bloody Valentine album to be released in 2018.” If true, this as-yet-untitled record would mark the shoegaze outfit’s first full-length since the 2013 comeback LP, m b v, and their fourth overall. Consequence of Sound has reached out to the band’s representative for comment.

(Read: The 10 Greatest Sophomore Albums of All Time) 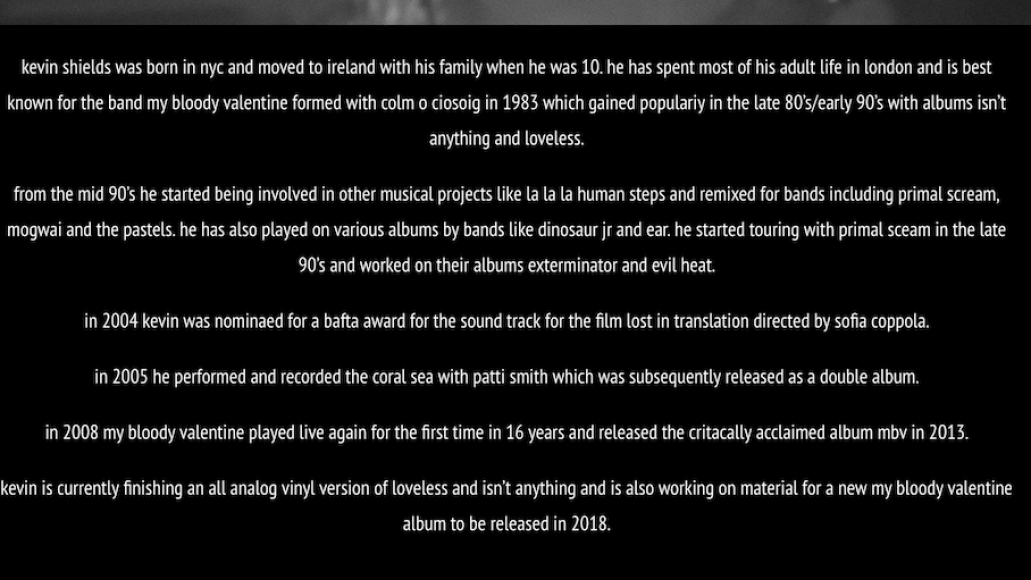 In addition to this potential album, Shields is currently completing all-analog vinyl versions of 1991’s Loveless and 1988’s Isn’t Anything.

My Bloody Valentine may release new album in 2018