The following features extensive spoilers for the fourth season of Bojack Horseman.

There’s something about dramas when they are funny and comedies when they are sad that resonates. Maybe it’s because they catch you off guard, striking from a position of the unexpected that holds more weight. But TV has long had an infatuation with these sort of genre crossovers. Some of the best episodes of The X-Files were those that would present temporary absurdist distractions while some of the most memorable moments of Mad Men were moments of comedic tension between its cast of coworkers. Even this week, we wrote about You’re the Worst, a show that deftly balances its comedy with topics of genuine weight.

But BoJack Horseman is a horse of a different color. There’s the fact that its title character (Will Arnett) is an anthropomorphic horse. There’s the premise of the show, in which animals and people interact in the same space and don’t question each other’s humanity. And there’s its full-episode diversions into foolishness, where something like the political career of a woodchuck puts the audiences off-guard. These all work to set the series apart. The last couple seasons have grown darker and darker, culminating in BoJack engaging in an inappropriate sexual encounter with the daughter of his ex-girlfriend and, last year, with the overdose death of his longtime friend Sarah Lynn (Kristen Schaal). But in Season Four, the show feels free to make emotional gut punches without the need to abide by any genre restraints that come with being an animated comedy. 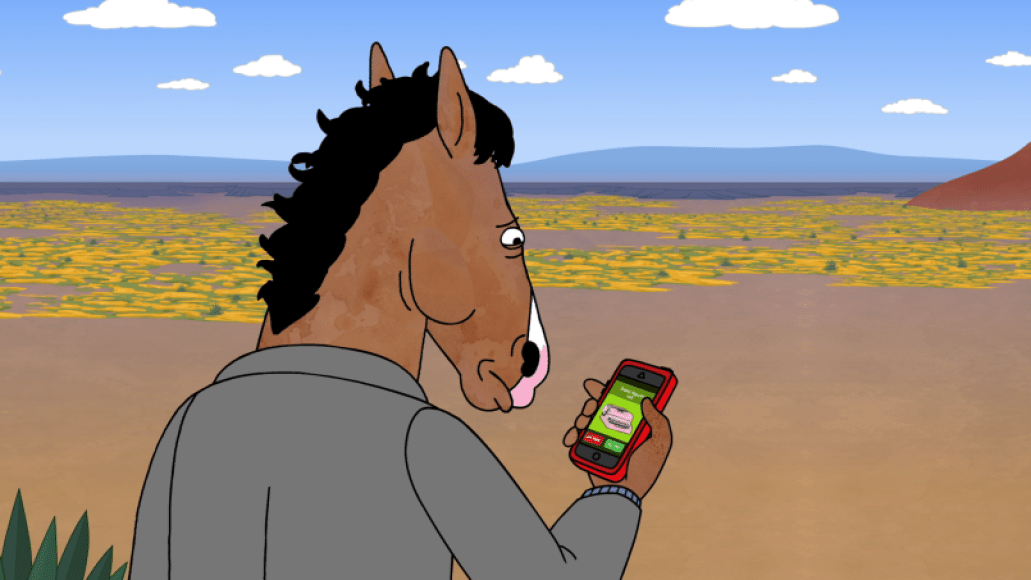 After a lead-off episode that hardly even mentions BoJack, instead opting to focus on Mr. Peanutbutter’s (Paul F. Tompkins) attempt to run for governor of California (which, swear to god, culminates with a ski race to determine the victor), the series begins its run of keeping the audience off-balance with a look at BoJack’s stay at his family’s Michigan lake house. The location is haunted by the generations that stayed there before him, and BoJack looks for catharsis by repairing the old residence. The past and present are braided into each other, allowing the audience to witness some of the trauma that would ultimately impact the way that he was raised. It’s this second episode that sets the tone for a season fascinated with Bojack’s relationship with his mother, particularly as he is forced to face the prospect of him being a parent himself.

What follows is a number of first-rate installments that are as notable for their ambition as they are for their successes. In one episode, the audience gets a view into the mind of BoJack, as his conscience pulls him in two directions: one toward being a responsible adult, the other toward the nearest bar. It doesn’t serve to explain away some of the irresponsible decisions that BoJack makes, but it does serve to give some insight into how his mind works and how the mind of an addict functions. For BoJack, the drive to drink starts simply enough and often results in catastrophe. When his presumed daughter, Hollyhock, claims to have a similar internal monologue telling her that she’s worthless, BoJack tries to be comforting by lying to her, saying that it goes away as you get older.

In the season’s penultimate episode, the series takes a dive into the mind and memories of BoJack’s mother, Beatrice (Wendie Malick,) who suffers from dementia. With BoJack at the end of his rope after finding out that Beatrice has been secretly giving Hollyhock amphetamines to control her weight, he decides to abandon his mom in the worst care facility he can find. But in the episode, even the woman who was so violently neglectful and hard on BoJack — and who was most responsible for creating the broken horse he has become — is sympathetic. The audience is shown the hardships she had to endure to get to this point while also witnessing the confusion and horror that comes with a degenerative mental disorder. The episode is an emotional triumph, equally frightening and heartbreaking, while ultimately serving to give greater context toward the story arc of the show’s main characters. 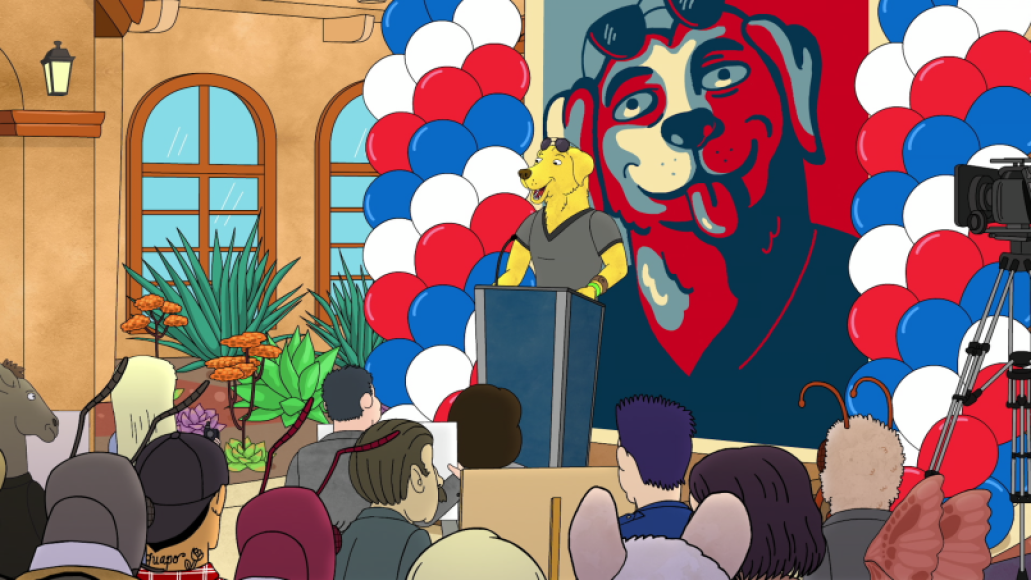 Frequently, BoJack Horseman looks away from its namesake to lighten things up, and while that often works in the latest season, even the lives of his friends are starting to mirror the melancholy tone of its main character. Mr. Peanutbutter and Diane Nguyen (Alison Brie) find their relationship more tenuous than ever, with the pair using their anger at each other to boost their sex life as they grow emotionally apart. Todd Chavez (Aaron Paul) works towards coming to terms with his own asexuality, and even when his plot revolves around a dentistry practice run by clowns, he can’t get away from the ever more somber tone of the show. Maybe the worst off is Princess Carolyn (Amy Sedaris), who struggles with pregnancy and miscarriages with her boyfriend, Ralph Stilton (Raúl Esparza). In another one of the series’ best episodes, the plot of Princess Carolyn is delivered through a class project from her future ancestors, giving hope to moments that seem particularly grim.

Relationships between a cat and a mouse or a goofy romance between an actor Labrador and a blogging human shouldn’t amount to the saddest show on television, but that’s just what BoJack Horseman has become. The series is something of a magic trick, turning all the signifiers of comedy on their head and daring the audience to extract profound emotional truths from the cartoonish. What’s unexpected, though, is how the show concludes. The final moments of the season are the closest thing BoJack Horseman has come to catharsis for its lead character, giving the impression that despite the endless mistakes that haunt him, he still has a chance to be happy. It’s the most human of needs for the horse, and the moment where all his faults melt away, allowing the audience to see themselves in the animal. And the idea that all this sadness is setting up a chance for redemption, well, that makes the show one of the most captivating on television.

Netflix's BoJack Horseman Is the Saddest Show on Television