Back in 2012, I stumbled across a rising artist named Noah Gundersen. His music was of the sparse, folk-tinged variety, but overflowing with the kind of sentimentality that stings and sticks with you for hours, maybe even days. Some five years, the Seattle native has evolved to become an even more striking musician, his lyrics not only burning brighter, but his arrangements fuller and more intense to match their maker.

His growth as a songwriter can be heard throughout all corners of White Noise, his all-new album, which Consequence of Sound is premiering today. The follow-up to 2015’s Carry the Ghost has been described by Gundersen as “a sensory overload.” “Fear, anxiety, desire, sex, lust, love,” he added. “White Noise is a place between waking and dreaming, where the edges blur and the light is strange. It’s a car crash, it’s a drowning, it’s everything all the time.”

Indeed, Gundersen gives us a lot to work through here in terms of feelings. There’s the slow-burning glow of “After All (Everything All the Time)” that, despite its simmering nature, carries the heaviest of emotional burdens. “Heavy Metals” swells with percussion and synths like a cinematic scene reaching its wistful apex. Intimacy — and the nervousness that often accompanies it — seems to find a home on the quiet acoustic cut “Fear & Loathing”.

Stream all of White Noise below. It officially comes out September 22nd via Cooking Vinyl; pre-order it here.

For more insight into the 13 tracks of White Noise, Gundersen has provided CoS with an exclusive Track by Track breakdown of the entire record. Read on to learn about what it was like writing amidst the 2016 Presidential Election, Johnny Cash-inspired lyrics, the influence of Radiohead’s The Bends, and how White Noise almost became a concept album.

“After All (Everything All the Time)”:
I remember the first time we played this in rehearsal, hitting that juno drone (which, in the final version, is from the original demo of that rehearsal). This song started on tour in 2015, coming into its early shape during soundchecks. “I want everything all the time/ But nothing ever satisfies” is probably one of the truest things I’ve ever written. This song needs to be played loud.

“The Sound”:
Andy Park kicks it off with those haunting nord synth horns. The Johnny Cash line almost didn’t make it. We spent days on those drums, Jonny sweating away shirtless in the Baitshop in peak Seattle summer. Lots of counting.

“Heavy Metals”:
While writing these songs, I would ride my bike around Mercer Island almost every day, listening to demos that I had recorded that morning, refining things. I vividly remember coming across Lake Wa on I-90 when the bridge hit and smiling, feeling like I’d found something. This one went through many mix revisions. I was obsessing over Lionel Richie for a bit, I think that’s where the “na na na’s” came from. Guitar solo is tele deluxe through Fuzz Factory, through MXR Chorus through Strymon Blue Sky through TC electronics Nova delay.

“Number One Hit of the Summer (Fade Out)”:
This is the Jonny and Micah jam. The rest of us are just along for the ride. The original verses and chorus were completely different. I rewrote the chorus in the middle of tracking. The vocal “oooo’s” are a straight homage to one of my favorite defunct Seattle bands, The Lonely Forest. The third verse came to me while watching Blink-182 side-stage at a festival two summers ago.

“Cocaine Sex & Alcohol (From a Basement in Los Angeles)”:
I started writing this on a rainy spring day on Johns Island, NC in Paul’s dining room. There are I think more than three different pianos layered on it. The second half is all me, Jonny, Micah, and Nate in the Baitshop, half drunk on cider, jamming on the “vibe”. My dad was there, just hanging out, adding his energy.

“Fear & Loathing”:
I had been back to Centralia [Washington] for Thanksgiving and went to the local redneck bar down on Tower Street. I think that’s where this started. The amazing Greg Leisz on pedal steel.

“Sweet Talker”:
This one was a definite collab with the band. There is a little John Updike reference in there. The strings were very Serge Gainsbourg-influenced. Some of my favorite drum sounds on the whole record. Heavy “The Bends” influence.

“New Religion”:
The record was originally going to be a concept album and this was its centerpiece. “The right to be free from is a freedom too” is a heavy pull from an early chapter of Infinite Jest. I was completely congested the day we recorded these vocals, huffing decongestants like a fiend. Heavy Beatles and Wilco influence.

“Bad Desire”:
This is an older one. I’d been playing it at shows here and there for a bit. Nate played pretty much everything on this, with the exception of the amazing Ginty on B3 and me on Rhoads and acoustic guitar. Ripping solos!

“Wake Me Up I’m Drowning”:
We wanted this to stress people out. The illustrious Gregg Keplinger played drums on the chorus and the immensely talented Sean Lane played his invention “the bike” all over it. Nate made me keep the strings, thank God.

“Dry Year”:
We recorded this the night of the election. Nate and I sat at the Two Bells and watched it go down. Then we loaded into Studio X and didn’t really leave for three days. Seemed like the only thing to do. The rain is a Seattle morning outside my bedroom window.

“Send the Rain (To Everyone)”:
We set up two iPhones and a computer and recorded the guitar onto their mics. That was the base layer. Death and love. The impetus for everything. 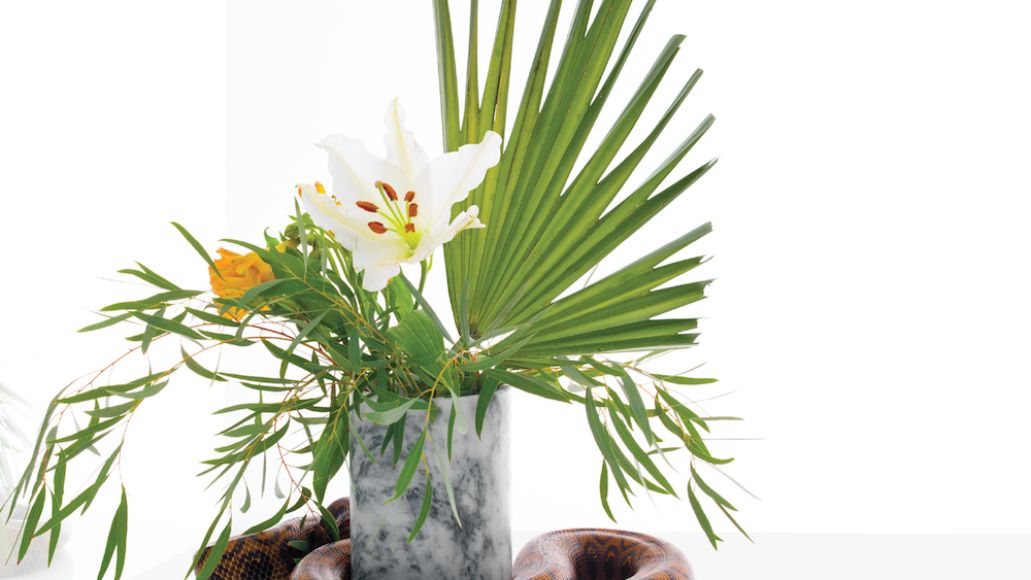