Years ago, I seem to remember American television audiences catching guff in a barrage of articles about South Park being a legitimate watercooler show in our country. There was a very slightly masked charge of anti-intellectualism in the fact that Americans would discuss, and even debate, what occurred in a cartoon the previous night. But I think an episode like “White People Renovating Homes” shows the narrow-mindedness of that stance. Here you have creators Trey Parker and Matt Stone responding to Charlottesville – a moment that seriously threatened to set back race relations in this country – in a fairly complex manner. Not only did they get to directly poke fun at current fads like Alexa and the annoying glut of home renovation programs on television, but they were able to use those same trivial trends to talk about the divisiveness in America, to what extent we’re all culpable, and how feelings of marginalization can lead to blame and eventually transform into hatred. Um, kiddie playtime this show is not. 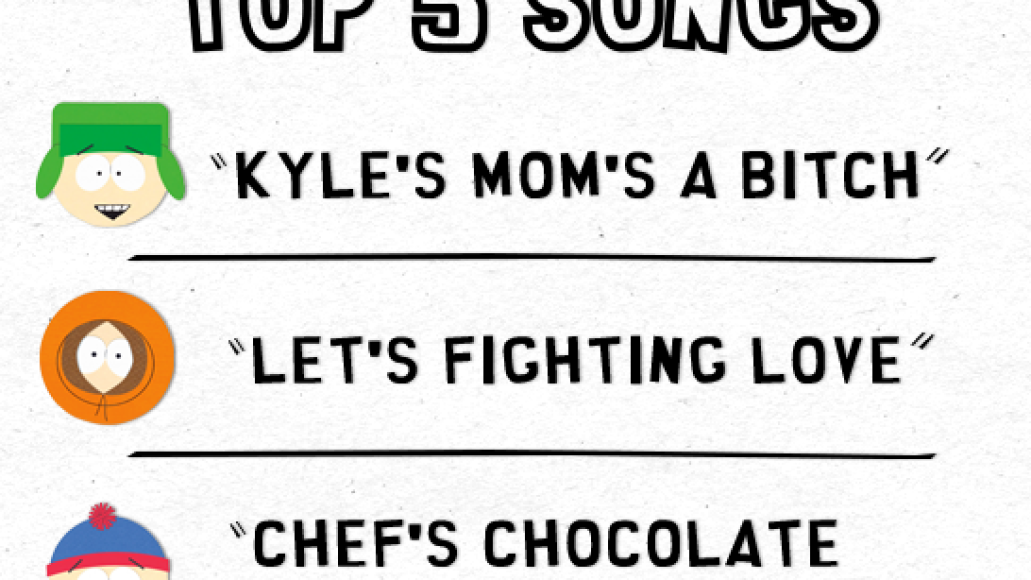 Flipping through other recaps and commentary, though, I feel like a lot of that was neglected. Maybe Alexa, Siri, and home makeover shows are low-hanging fruit for satire, but again, was that what last week’s episode was really about? Also, headline after headline suggested that Parker and Stone took white supremacy out behind the proverbial woodshed and trained a pony to bite its dick off. I missed that episode, too. For me, last week was a prime example of how the creators are willing to forgo a few laughs and cheap gags in an effort to shed some light on dark days. If I’m wrong, fine, but I think the fact that Daryl’s rebel flag, gun, and Bible were unharmed during his renovation tells you that Parker and Stone were aiming a bit higher than redneck jokes last week.

Alexa, can you add titty chips to my shopping list, please? Okay, can’t let things get too heavy.

Tweek and Craig’s relationship has always been forged by peer pressure. Way back in Season 3 (“Tweek Vs. Craig”), the boys were turned into enemies and manipulated into fighting so that Stan, Kyle, and Cartman could settle a bet. In Season 20 (“Tweek X Craig”), they finally came out as a same-sex couple held in the “HIGHEST HONOR! (Gambaro Irashai!)” after the Japanese determined they were gay. (What? You thought being gay was a choice?) Tweek and Craig may not have actually been gay, but the two decided that in a PC South Park with a Whole Foods and lots of people wanting to give them money, it was easier to accept their gay relationship than fight the stupidity.

Tonight, after Tweek makes the case for a straitjacket during his terrifying, experimental piano piece about his feelings on the current tensions with North Korea, the boys are asking Craig to get his boyfriend to chill the fuck out. But should Tweek, or anyone for that matter, really remain calm when Rocketman and Giant Douche — the two most immature, incompetent, and impulsive leaders in their respective nations’ histories — are launching rockets over Tweek’s house and Tweeting out threats on his behalf? (“Fidget spinner, Tweek, fidget spinner!”) Reducing that level of anxiety will take more than cupcakes for Rocketman, fidget spinners, and romantic rides on the Ferris wheel, and Craig soon finds himself at a loss about how to help his sweetie. 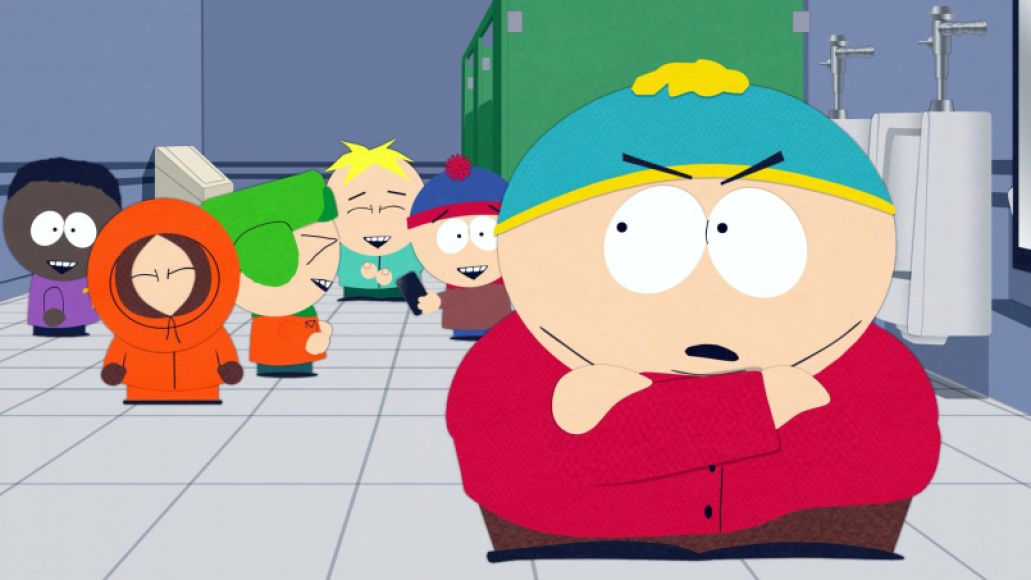 Elsewhere, Cartman and Heidi get back together again, but Eric suffers the shame of his friends finding a recording of him threatening to take his life if she won’t take him back. Ladies and gentlemen, He hath returneth. You caught glimpses of him and his heavenly Alexa choir last week, but now it’s official. Eric Cartman, worst human being on the planet (animated), is back. Embarrassed by the laughter at his expense, Cartman (or should we call him Logic?) makes it his mission to fuck over Distracted Driving Awareness Week and instead promote suicide awareness, namely his, actually, only his (#Ericdontdoit). Meanwhile, drivers, whether they’re behind SUVs or amusement park bumper cars, are mowing down child pedestrians at rates we haven’t seen since the Old Country Buffet blue-plate special in “Grey Dawn” all because they’re constantly checking for news updates on Giant Douche’s latest Twit-shit while taking a dump. 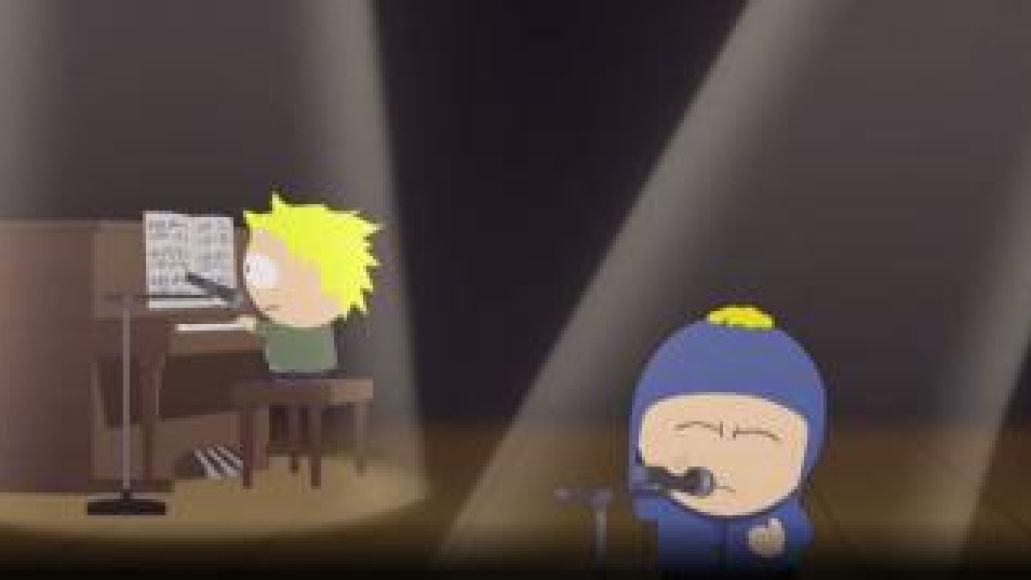 With Craig’s help, Tweek realizes that he has to gain control over his life and emotions and focus on what’s really important. So, he and Craig take to the auditorium stage once more to spread a new message: a pledge to “put it down” — “it” being a smart phone — because there are times when you just shouldn’t be on your phone. Of course, Parker and Stone have a surprise for us. It’s not a pledge for us to put our phones down when driving. It’s a pledge to put down your phone if you’re president, and as the chorus soars, everyone from doctors to fast-food workers to Turd Sandwich (“No one cares”) takes the pledge. It’s a great potshot at the Tweeter-in-Chief and good advice for both him and us. 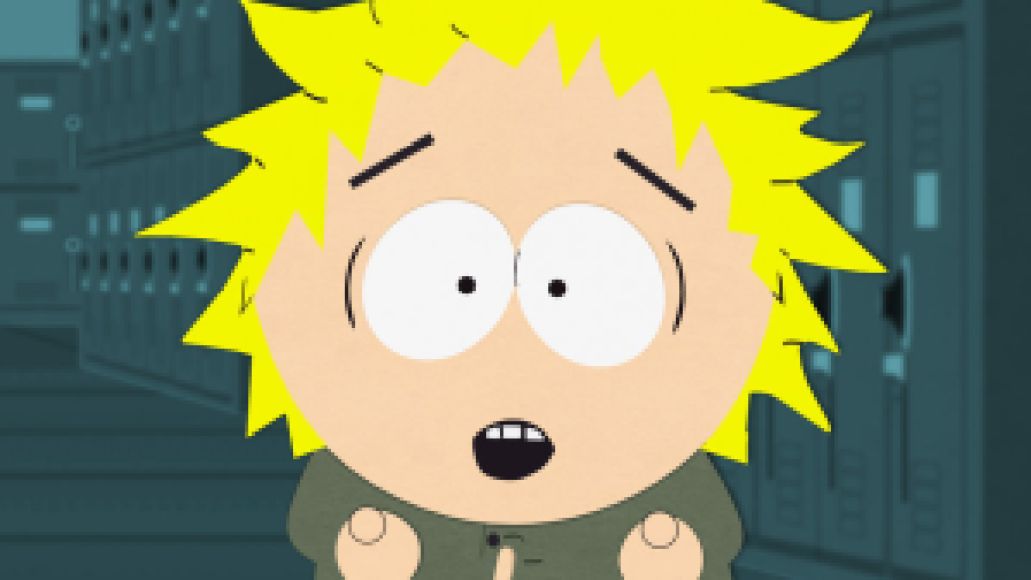 If you’re at all like Tweek, your life has turned into an anxiety-filled vigil over the past several months — where time for family, friends, food, fun, and sleep might revolve around each hour’s scandalous news. We can’t expect this president to mature, pivot, or suddenly become presidential, and, as Tweek points out, it seems like the Giant Douche makes everything worse and often endangers or humiliates us personally every time he speaks or Tweets. However, even if Bob Mueller has a smoldering sack of smoking guns, Mr. Orange looks to be in the Oval Office for many more months to come, maybe longer. So, for the sake of children being hit by distracted drivers, for the sake of suicidal youth like Eric Cartman, and for your own sake, please, at least now and then… 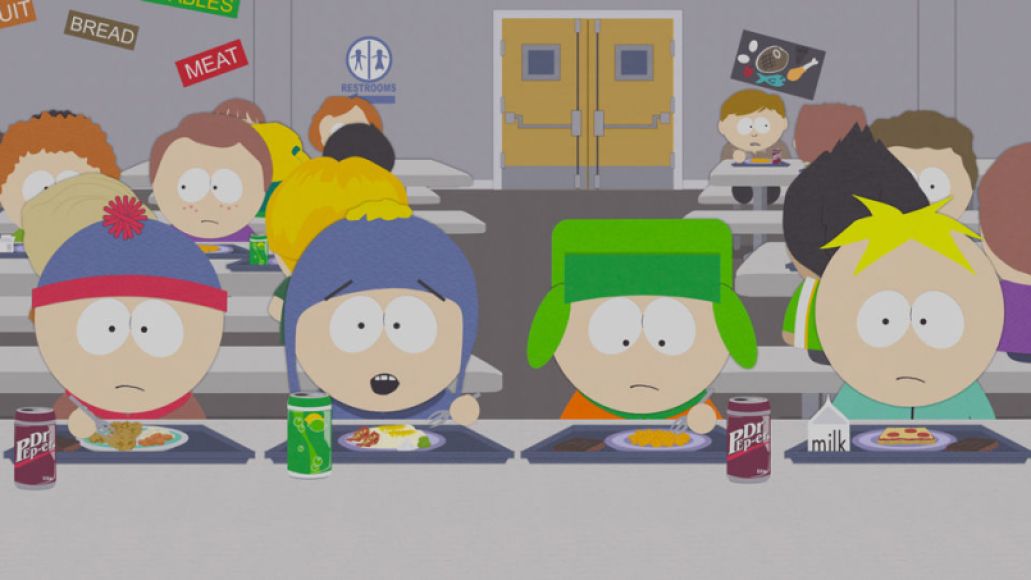 Recapping South Park: "Put It Down" Reminds Us of America's Most Dangerous Threat