“No one here released an essential album this year,” said one of my colleagues as we baked in the scorching sunbeams skating across this year’s Riot Fest, waiting for the third, fifth, or eighth act of the day to take the stage. He wasn’t criticizing the year’s booking, really, just making a point. And it’s a good point, and also one that’s key to unlocking what makes Riot Fest so special.

As other festivals hemorrhage money, fail entirely, or find themselves the subject of think pieces portending the bursting of that oh-so-fragile festival bubble, why has Riot Fest remained both relevant and successful? When the festival movement is more or less headed towards curated “conferences” that pair live music with thought leaders, innovation panels, and branded experiences, why has Riot Fest scaled back its extracurriculars? In 2013, the festival’s carnival attractions snaked through every corner of the fest, while speaking panels and live wrestling offered copious distractions from the music on display. Now, the rides are cordoned off to their own area of Douglas Park, and the non-musical experiences include the long-running freak show and a few other carnival acts. Riot Fest grew, then contracted. And it’s all the better for it. 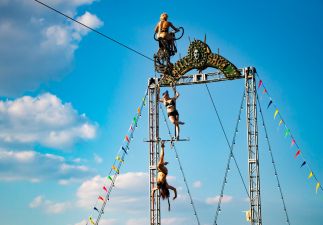 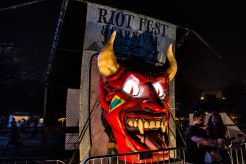 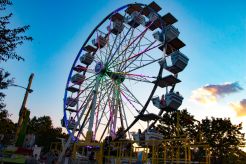 See, “curation” is the real buzzword in the festival world now. Any festival that isn’t already one of the major players needs to know that the proliferation of music festivals means that a smattering of popular bands won’t cut it anymore, especially not when bands are doing “the festival circuit,” essentially making every festival’s look the same. What this means is that, for many burgeoning music festivals, the music itself is simply a gateway to the real experience being offered.

But Riot Fest is different, because music’s always been its most important component. Where most festivals book by algorithm, Riot Fest curates. They don’t book popular bands, they book your favorite bands. They don’t book bands for their singles; they book bands for their albums. These audiences aren’t here for one song, they’re here for the whole set.

And that was more clear this year than perhaps any other. Here we get a nasty, subversive set from electroclash queen Peaches and a showcase for Mike Patton’s new band and reverent crowds for outfits like Ministry, GWAR, and Pennywise, bands that remain somebody’s sanctuary despite the mainstream music community’s complete disinterest. Hell, Riot Fest closed out this year with a headlining set from a mostly forgotten, yet wildly influential, punk band from the early ‘90s. Find one other festival that would do that. I’ll wait. 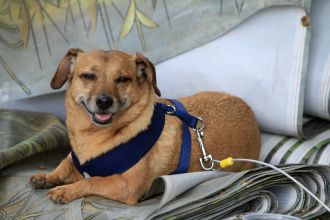 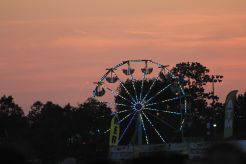 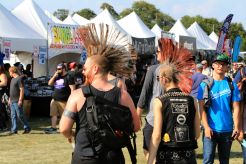 Okay, I won’t. Riot Fest isn’t all brass balls. Crust punks and Leftover Crack shirts clash with the Hot Topic cognoscenti, and the appearance of these Deluxe VIP “cabanas” doesn’t bode well, but for now it still feels as if we’re all united by a general sense of sarcastic sleaze. That, and that there’s not one person here who isn’t excited at the prospect of seeing at least one band. That may seem like a low bar to hit for a music festival, but the industry is changing. The world is getting smaller. As it does so, we burrow into our niches.