Yes, summer is not technically over yet, but it’s not too early to look forward to what’s coming up for the rest of the year. The last few months have brought a wave of excellent shows allowing us to soak up the warm air that the hottest months bring. This has included Lady Gaga as the first solo female headliner at Wrigley Field, the launch of the Gorillaz tour in Chicago, and a very limited run for Sufjan Stevens’ Planetarium. We’ve seen Roger Waters in an arena, Green Day in a stadium, and U2 in an even bigger stadium, all of which still had a hard time topping one of cinema’s best composers competing against Lollapalooza.

Will fall be able to top the summer season? Time will tell. But with a lineup that includes one of electronic music’s most exciting figures presenting a 3-D event, one of rap’s elder statesman making a triumphant return to touring, and a guitar god reaching her showstopping peak with a brand-new album and visual presentation. Yeah, it’s gonna be a big finish to the year and enough to remind us why we love going to concerts in the first place. 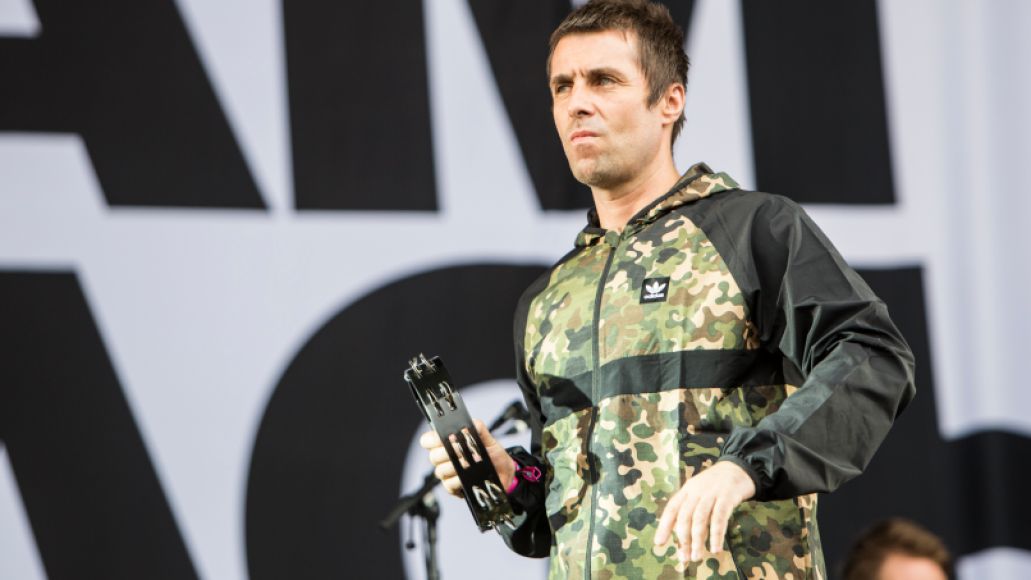 Fans of Liam Gallagher as a solo artist or Oasis as a band will surely already be lining up to grab the best spot in the venue for his upcoming tour (and justifiably so, as his Lollapalooza after-show was a hard-rocking revelation of no-shits-given swagger). However, it might be worth the price of admission just to find out what wacky controversial shit he has to say that given day or how he might decide to completely throw everything off the rails (as he did at his actual Lollapalooza set, after playing only five songs). But after that train wreck, it seems that the younger Fighting Gallagher Brother has been delivering solid performances, and previews of As You Were are more than promising in their feisty glam. Here’s hoping he keeps that positive streak going. As you were. –Lior Phillips 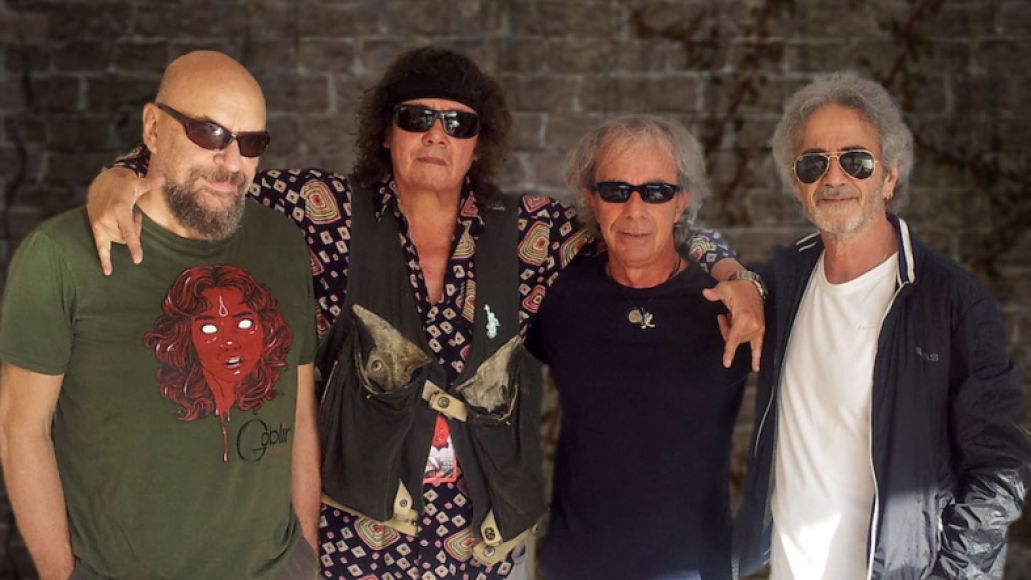 Hungry horror hounds, get ready for some October lunch as Goblin are back to elevate the Halloween season. No, Claudio Simonetti isn’t in the band anymore, but you do have three-fifths of the original band who helped carve out the signature sounds for Dario Argento’s Suspiria and George A. Romero’s Dawn of the Dead. By our count, folks, that’s what we call a majority, and in this day and age, that’s pretty much as good as it gets. Besides, are you really going to pass up the opportunity to hear tracks off two of the most iconic horror films of all time during the season of the witch? Get there. –Michael Roffman 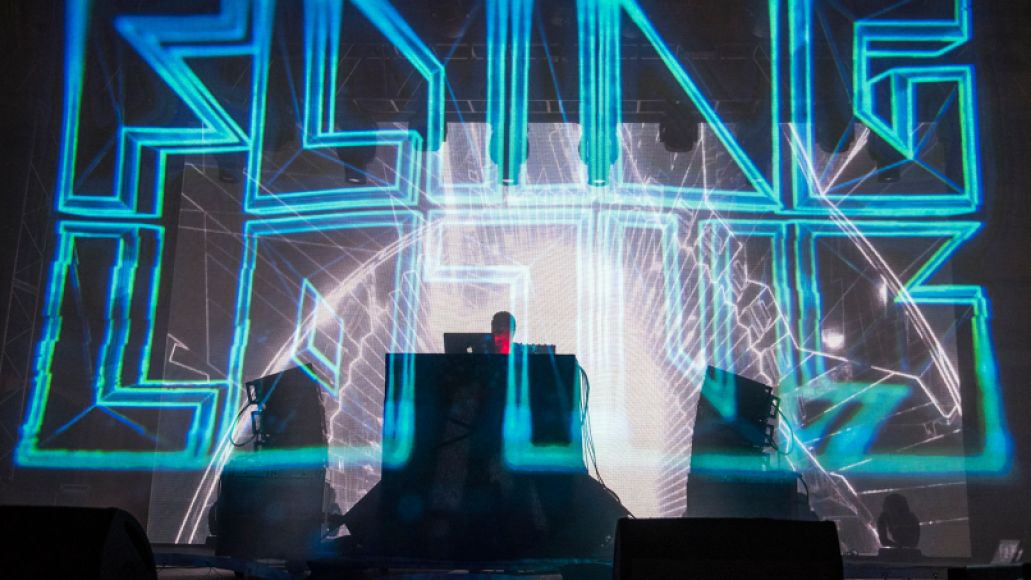 Flying Lotus, ever the dynamic musician, is launching a 3-D tour. Yes, with the glasses and everything. The show premiered at Los Angeles’ FYF Festival in July. Pairing well with Flying Lotus’ dense and funky style, the FYF performance was laden with large screens, bright lights, and cinematic horror imagery. With the help of FlyLo collaborator Thundercat, the 3-D tour will kick off with two shows at the inaugural Red Bull Music Academy Festival in LA before lighting up across North America. Though Thundercat will only be present at the first two performances, Flying Lotus’ multimedia prowess is more than enough to carry him solo. Earlier this year, FlyLo released Kuso, a manic film full of grotesque imagery and horrific oddities. Even on a flat movie screen, it’s impossible to look away from Kuso. And if Flying Lotus is able to transfer his cinematic touch to the stage, his 3-D tour is guaranteed to be engrossing. –Carly Snider 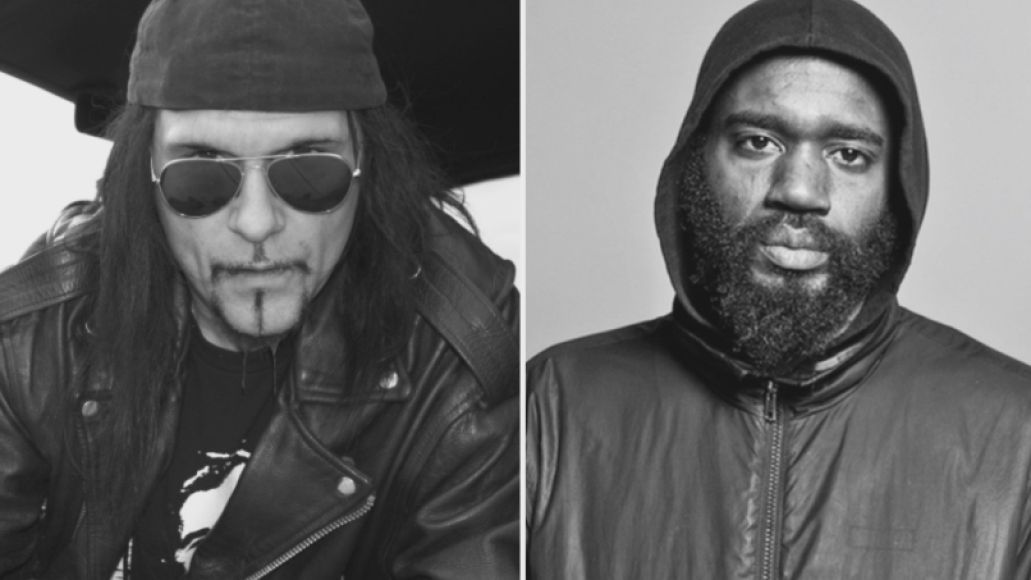 At first take, Ministry and Death Grips may seem like an odd pairing — one is a staple of industrial rock, the other an anarchist rap trio. But both make music that is dense, confrontational, and dissonant; their mediums may be different, but their aura is the same. Their co-headlining tour kicks off in October and runs through November, taking the groups all around North America, including Detroit, Phoenix, San Francisco, and Denver. Ministry will be supporting their upcoming album, AmeriKKKant, which is due later this year. Even without AmeriKKKant, Ministry will have plenty of playable material from any of their 13 studio albums. Death Grips’ latest release, “Steroids (Crouching Tiger Hidden Gabber Megamix)”, is a 22-minute assault of sound. Upon the song’s debut, the band revealed it was working on their next album. If one thing’s certain, it’s that this tour is going to be loud. –Carly Snider 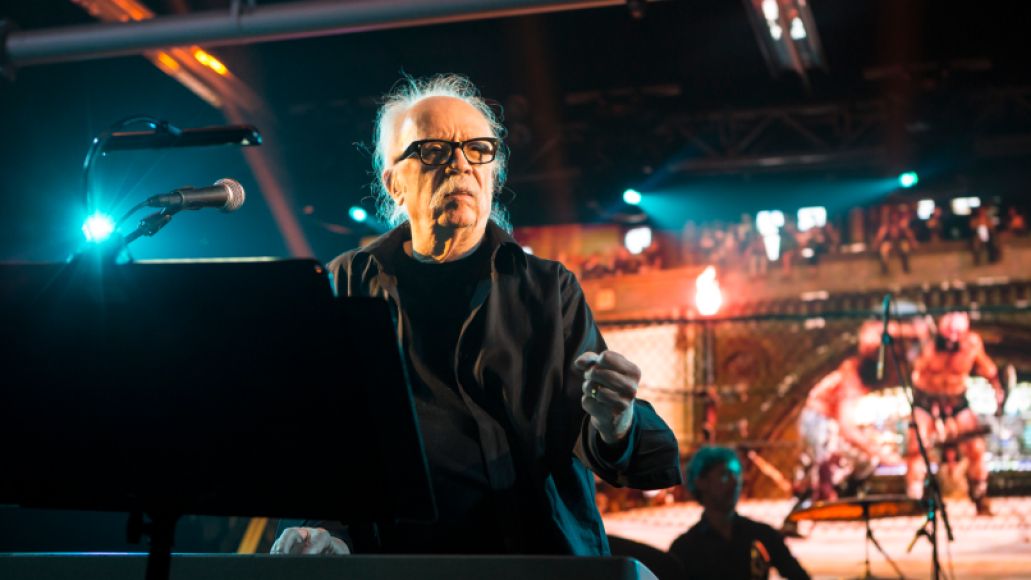 Did you catch John Carpenter last year? No? Good news, the Master of Horror is coming back for another round, and this time, it looks like he’s pivoting away from his solo albums and towards his forthcoming release, Anthology: Movie Themes 1974-1998, due out October 20th via Sacred Bones. That’s not to say we don’t want to hear his latest compositions — both volumes of Lost Themes make for incredible listens and do wonders for our Carpenter-starved imaginations — but to have a tour solely focused on his greatest themes is admittedly quite exciting. If we’re lucky, maybe he’ll go deeper on a few of his soundtracks and offer up choice selections like “Laurie’s Theme” or “Division 13” or “Chariots of Pumpkins”. Hey, it’s Halloween season; everyone’s entitled to one or two or three good deep cuts. –Michael Roffman