The Replacements will open their vault doors on October 6th to release For Sale: Live at Maxwell’s 1986 (via Rhino). The recording was captured on a 24-track mobile studio during the band’s February 4th, 1986 performance in front of just 30 people at the Hoboken, New Jersey venue. One of the last performances to feature Bob Stinson before his departure, the epic show has only ever been heard as a low-quality bootleg. Remastered in 2007 but not made commercially available until now, For Sale marks the iconic rockers’ first live album to be released on CD, LP, and digitally, as 1985’s The Shit Hits the Fans was only purchasable on cassette.

A first listen to the furious recording came in the form of “Can’t Hardly Wait”, and the band has today shared another cut, “I’m in Trouble”. The first single from the ‘Mats’ Sorry Ma, Forgot to Take Out the Trash debut, the song is a prime example of how on fire the group was that night over 30 years ago. Stinson’s guitar shreds next to Paul Westerberg’s own, while the latter’s voice is as full and impactful as it ever was. Take a listen to the raw live track below.

The Replacements’ biographer Bob Mehr, author of Trouble Boys: The True Story of the Replacements (available here), wrote the liner notes for For Sale: Live at Maxwell’s 1986, celebrating the band’s storied live history and the rare intimate performance. For more of the acclaimed author’s insights on the album, Consequence of Sound got Mehr to share 10 things he loves about For Sale.

The Replacements got a late start touring: 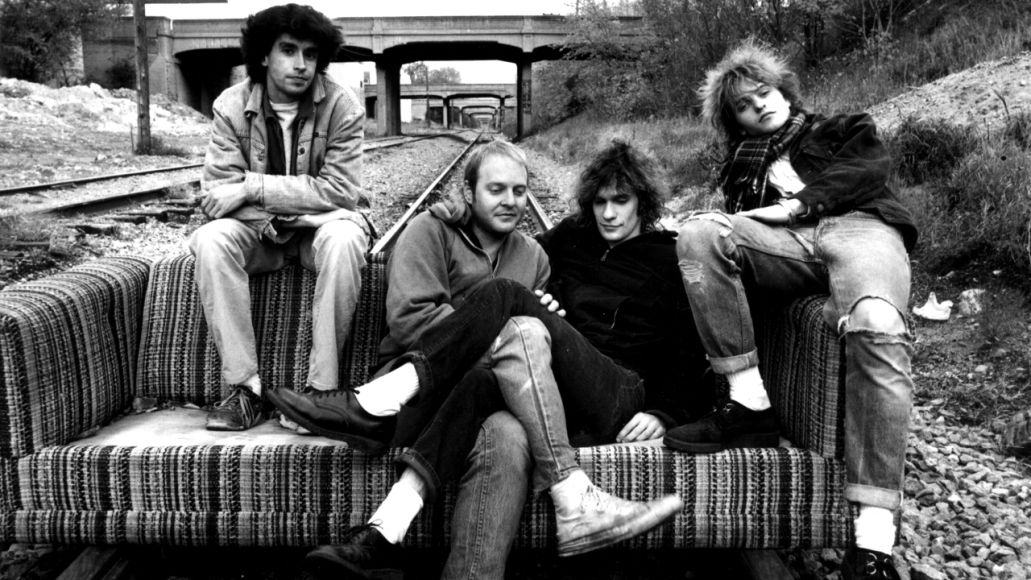 For the first four years of The Replacements’ existence, they only played local and regional shows in Minneapolis and the Midwest due to the school commitments of teen bassist Tommy Stinson. The band’s first proper tour came in April of 1983 when Tommy quit the tenth grade to pursue music full time. The Replacements “Eastern Whirl” run included their debut appearance at Maxwell’s in Hoboken, New Jersey.

Their live act got them signed to Sire Records:

Sire Records head Seymour Stein instantly fell for The Replacements after witnessing an incendiary live performance by them in December 1984 at New York’s Irving Plaza. Stein signed them and in the fall of 1985 they put out their major label debut, Tim. Soon after, Stein suggested the idea of recording a Replacements concert professionally, possibly for a promotional release. The band’s A&R man Michael Hill proposed putting the band in their most natural environment: a small, familiar rock ’n’ roll club. With a two-week winter tour of the East Coast set for early 1986, the group’s February 4th gig at Maxwell’s was chosen as the location for the recording.

The show was captured by a studio on wheels:

Hill hired New York-based Effanel, the pioneering multi-track mobile recording company, to record the Maxwell’s concert. Headed by Randy Ezratty, Effanel specialized in making recordings in non-studio locations, including U2’s live Under A Blood Red Sky and their The Unforgettable Fire album, the latter of which was done at Ireland’s Slane Castle.

The concert came in the wake of a high-profile TV appearance:

The Maxwell’s show took place just a couple weeks after The Replacements’ infamous appearance on Saturday Night Live — one that saw the band curse on the air, wreak havoc backstage, and earn a lifetime ban from NBC. (The reunited Replacements would make their return to the network some 28 years later, performing on The Tonight Show starring Jimmy Fallon in 2014.)

The name of the live album, For Sale, comes from the words carved into the vintage mid-‘50s Les Paul Special Paul Westerberg played that night. The guitar was Westerberg’s main six-string for several years in the ‘80s before he broke it on tour in 1989. Shortly after, the guitar was sold to a Cedar Rapids music store, Somewhere in Iowa Guitars, where it was eventually rebuilt/restored by owner Bill Nix. The guitar was purchased by musician Chris Braun in 2000, who still plays it in his band The Shut-Ins. Read the full story of the instrument here.

Tommy’s Stinson’s stagewear has a story behind it:

During the Maxwell’s show Tommy Stinson came out wearing a custom-made “I ♥ Norman, Oklahoma” T-shirt. He’d been arrested a few months earlier during a gig in the Sooner State for being drunk and disorderly. Replacements manager Peter Jesperson was driven to the local jail to bail Stinson out by the Flaming Lips’ Wayne Coyne.

Bob Stinson lives up to his legend: 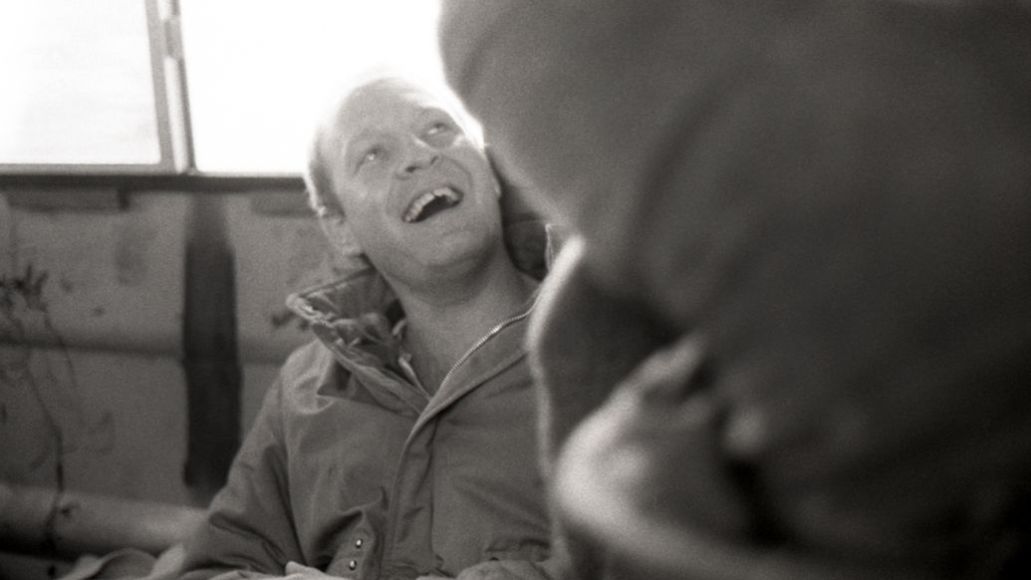 Known for his frenetic fretwork and wild attire (he donned a trench coat with nothing on underneath at Maxwell’s) Bob Stinson’s performance is one of the highlights of the record. Seesawing between pinpoint precision and reckless abandon, Stinson’s playing powers the songs, particularly versions of early material like “I’m in Trouble” and “Takin’ A Ride”, which arguably outstrip the original studio recordings. The gig would mark a final peak for Bob in The Replacements, as he would leave the band just a few months later.

The Maxwell’s show includes an early version of “Can’t Hardly Wait”. The song had been a live staple since 1984 and was first released in 1985 on The Replacements’ “official concert bootleg” cassette The Shit Hits the Fans. Soon after, the band recorded two versions of the song (acoustic and electric) during a January 1985 demo session with Alex Chilton producing. They tried cutting it again during the Tim album sessions with Tommy Ramone behind the board, but front man Paul Westerberg was never satisfied with any of the results. The song would finally come out – rearranged, with horns and strings – on the band’s 1987 studio LP Pleased to Meet Me, produced by Jim Dickinson.

The “Strange” link between Big Star and The Replacements:

Known for their eclectic cover choices, at Maxwell’s The Replacements ran through versions of songs by the Beatles, The Sweet, and Vanity Fare as well as T. Rex’s “Baby Strange”. Coincidentally, The Replacements’ Memphis pop heroes Big Star often covered the T-Rex song in concert in the early-‘70s. Live versions of “Baby Strange” by Big Star appear on the 1999 Norton release Nobody Can Dance and on the 2009 Rhino box set Keep an Eye on the Sky. 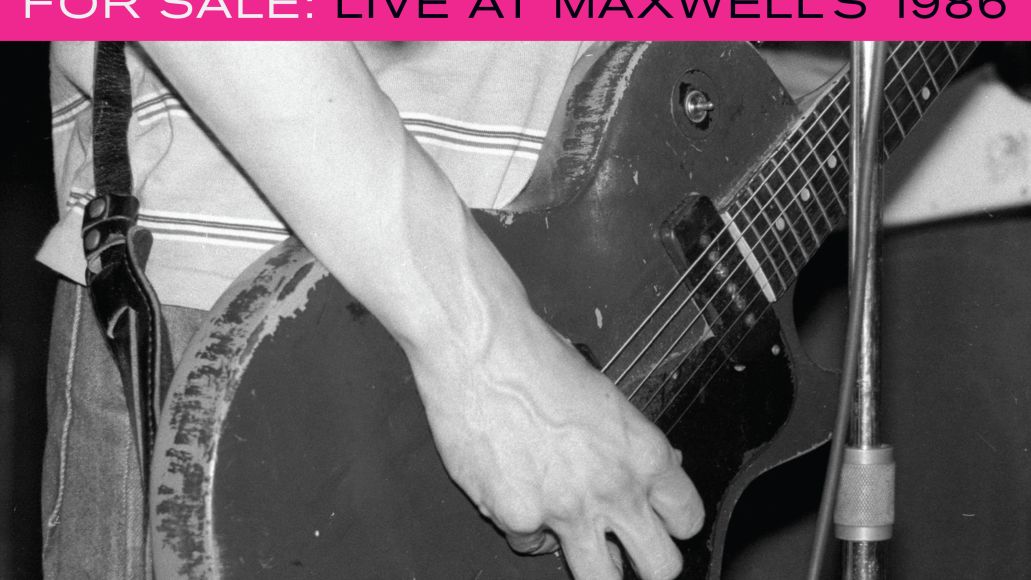 After splitting with Bob Stinson and deciding to make a new studio record in fall of 1986, the label’s idea of releasing the Maxwell’s recordings quietly went away. The tapes were packed off and sat in the Warner Bros. vaults in California, untouched for decades. The multi-tracks were finally recovered and given a proper mix by noted reissue specialists Brian Kehew and Bill Inglot at Capitol Studios in Hollywood. Kehew and Ingot have mixed archival projects by other notable bands (and Replacements favorites) including the Faces, Rod Stewart, Terry Reid and the Ramones.

The Replacements share live version of "I'm in Trouble" from For Sale: Live at Maxwell's 1986: Stream