Grant Hart’s death from cancer last week at the age of 56 sent waves of eulogy through the internet, all of it completely deserved. As half of the creative engine behind Hüsker Dü, he was a guy whose music broke rank with hardcore punk’s do’s and don’ts. He and Bob Mould brought melody into the genre’s angry world of thunderous chords and machine-gun tempos. In doing so, he helped pry open the door for generations of bands that have followed in the legendary power trio’s wake.

An unavoidable feeling of loss has hung over fans’, peers’, and critics’ tributes in recent days and not just over the drummer’s passing. Many who weren’t fortunate enough to catch the Hüskers in their glorious ’80s heyday also saw a loss of opportunity. Right up until Hart’s death, fans clutched onto some hope, however small, of a reunion between Hart, Mould, and bassist Greg Norton. There have been close calls, none more so than Mould and Hart’s civil-yet-frosty onstage collaboration at a tribute concert for late Soul Asylum bass guitarist Karl Mueller in 2004. Even much more innocuous happenings spurred reunion buzz. When the band launched a website to help sell Hüsker Dü shirts and merchandise a few years back, fans and critics waited in eager anticipation for an official announcement that never came.

“I literally had to put up a Facebook post like, ‘Whoa, whoa, whoa, everybody, slow down,’” Norton told Rolling Stone in a recent interview. “We’re just trying to sell some T-shirts here.” 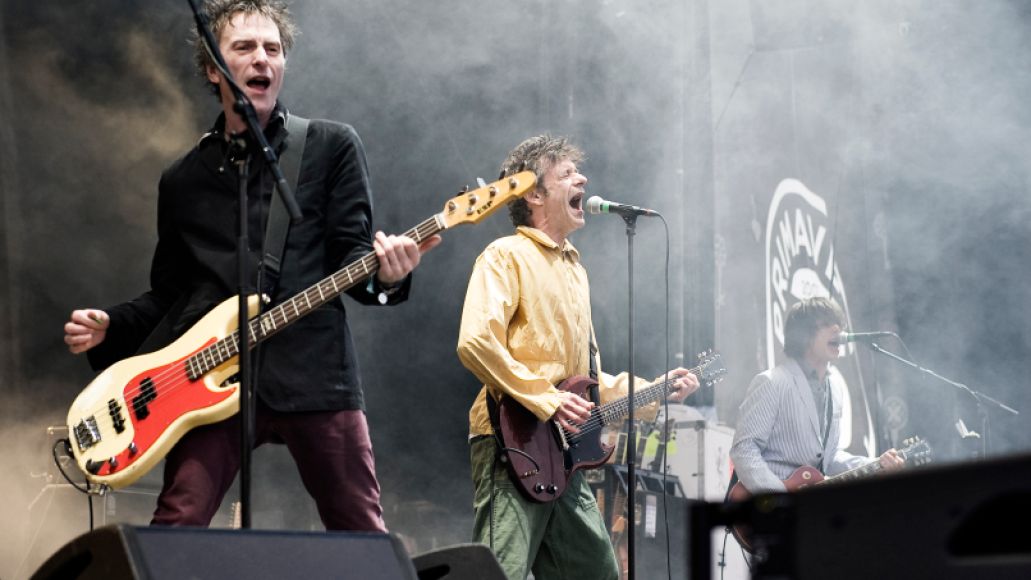 The anticipation bordering on expectation of a Hüskers reunion was understandable, especially in a time where the benefits of reuniting have lured even the least likely of bands out of mothballs. In just the past four years, for example, fans have leaped at the chance to watch the likes of Outkast, The Misfits, Jawbreaker, Sleater-Kinney, The Afghan Whigs, Blur, Drive Like Jehu, Rocket from the Crypt, and even The Replacements take the stage again after extended layoffs. If Danzig can get over his long-standing beef with his former band mates and the ever-reclusive Paul Westerberg can be enticed into jumping back on the Mats bandwagon, then it stands to reason that no band is immune to the reunion bug.

But the Hüskers and a small number of other in-demand reunion prospects have resisted, and there’s an argument to be made for why they’ve been smart in doing so. As is often said, absence makes the heart grow fonder. To that end, some bands have managed to significantly strengthen their brands by shying away from reunion offers. When it comes to protecting a legacy, reputation, or body of work, there is something to be said for going out on a high note and leaving things where they are.

Not that saying no is easy. For those acts in the fortunate position to be able to reunite on the biggest of stages, the benefits are obvious. The money, by all accounts, is too good for many to turn down. Andre 3000 and Big Boi have since admitted that the decision to reunite Outkast in 2014 was motivated largely by money. MinnPost, meanwhile, reported that a Replacements reunion show at Midway Stadium in September 2014 generated $700,000 in revenue (portions of that went to pay for production costs and the show’s opening acts). 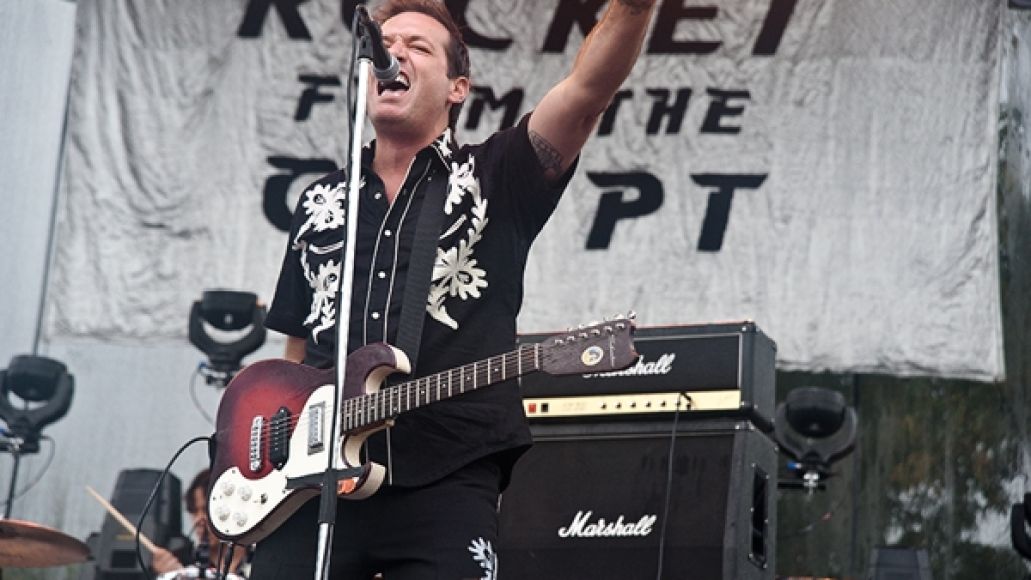 Reunions also offer many bands well-deserved ego boosts. A well-hyped and publicized reunion can win cult heroes and critical darlings the mainstream attention and validation they’ve long been shorted. Just ask John Reis, who once scoured at the thought of band reunions before ultimately reuniting with three of them: Drive Like Jehu, Rocket from the Crypt, and the Hot Snakes. As he told LA Record in March 2014, the demand for Rocket to reform eventually became too much for the band to ignore.

“It got to the point where it felt stupid to say no because we always wanted people to like us, and here are people saying they want to see us play,” he said. “To say no just seemed ridiculous. That was basically it in a nutshell.”

The rewards that come with band life often don’t match the amount of work that goes into it, so it’s hard to begrudge anyone for jumping at the greater benefits a reunion can offer. But if we’re looking at reunions from the standpoint of legacy, there’s often much more to be lost than gained. Perhaps no one band better exemplifies this than the Pixies. The iconic indie outfit is as deserving as anyone of a reunion, but theirs has been undeniably spotty. There have been good shows and others where the band has seemed positively disengaged. Indie Cindy, the band’s first post-breakup studio effort, was a mixed bag. Last year’s Head Carrier, meanwhile, better represented the return to form that fans had been waiting for. The band has also gone through its share of stability issues since reuniting. After Kim Deal’s departure in 2013, the band quickly hired and dismissed The Muffs’ Kim Shattuck before eventually settling on Paz Lenchantin from A Perfect Circle to handle bass duties. Now 14 years into their second life, The Pixies’ renaissance hasn’t exactly been a failure, but it’s hardly lived up to expectations, either. All the time and energy that’s gone into trying to build upon the band’s legend still falls a distant second to yesteryear classics like Doolittle and Surfer Rosa. 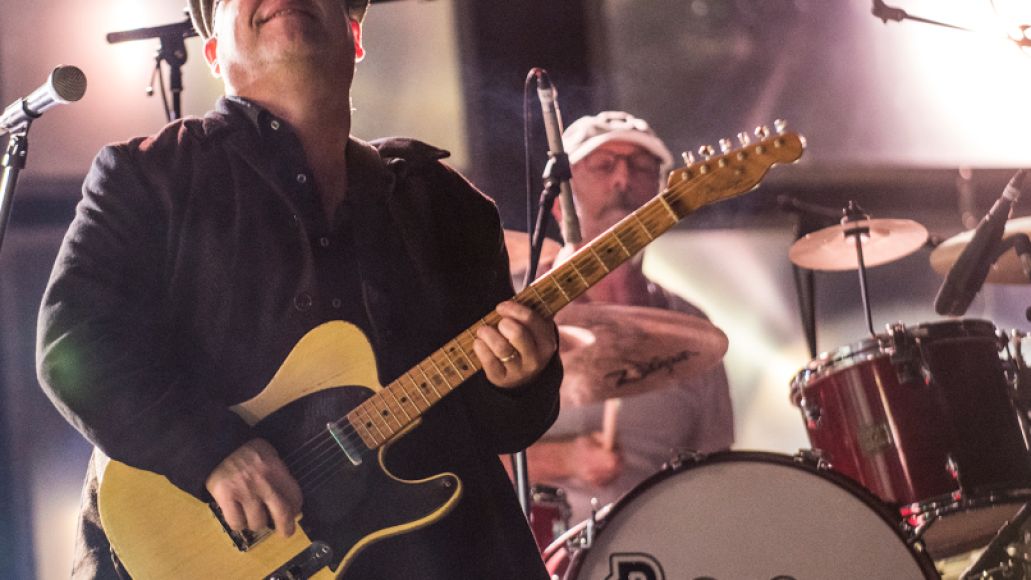 That raises another sticky point about reunions. While the goal is to bring yesterday’s great bands into the present, reunions are inherently driven by an attempt to recapture the past. This puts a lot of reformed bands in a tricky situation, especially those who are trying to overcome the loss or departure of their original members. The Replacements lit the world on fire in 2013 when it was announced they would reunite at that year’s Riot Fest. But as great as it was to watch Paul Westerberg and Tommy Stinson bring the band’s beloved catalog of heart-stomped bar rockers back to life (and it was great), it was hard to shake this nagging feeling that it still wasn’t quite the real thing. Josh Freese is the definition of a punk rock renaissance man, and his history drumming for Westerberg goes back some 25 years. What’s more, he’s a much better drummer than Chris Mars, who opted out of reuniting with his former band mates. Still, it was Mars, not Freese, who manned the kit on classics like Let It Be and Tim. Dave Minehan also ably filled his role as the band’s second guitarist. But there is no replacement for the late Bob Stinson.

Even the best reunions can’t fully avoid the trappings of nostalgia. Dinosaur Jr. has emerged as something of a gold standard for band reunions, having put out four records since resurfacing in 2005 that surprisingly hold their own against its classic catalog. Even still, fans don’t go to see J. Mascis, Lou Barlow, and Murph to hear them play cuts from Beyond or Farm. Not that they don’t like them, they’re just not the draw. They want “Freak Scene”, “The Lung”, and “Feel the Pain.” Blur also made their much-anticipated reunion worth everyone’s while, but it’s still hard not to think of 2015’s The Magic Whip as “the reunion record.” The lesson here is that most bands get one shot at building a legacy. Everything that happens after a band’s initial run is almost unavoidably bound to be measured against the past. 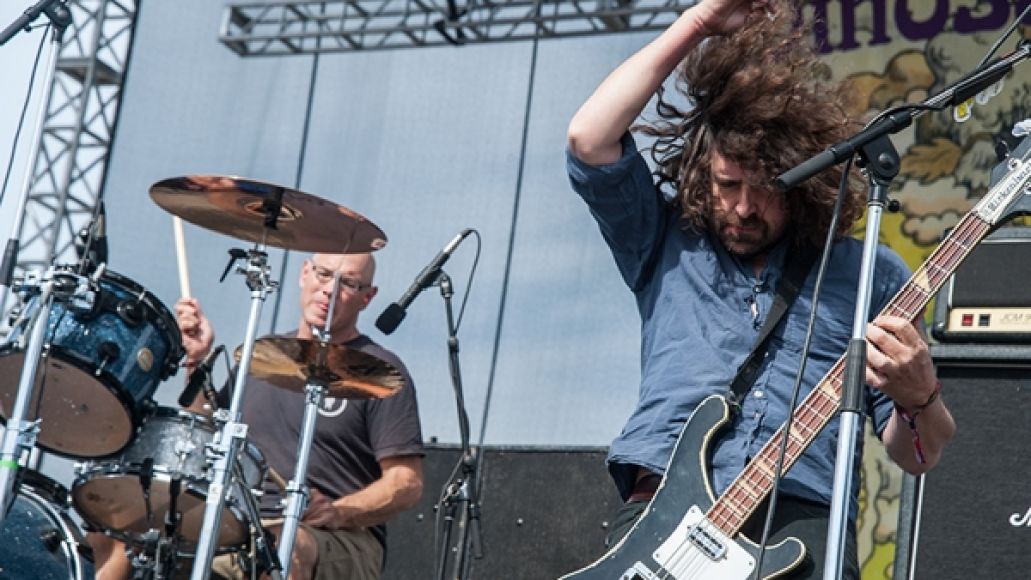 And for some bands, the past just isn’t a place worth revisiting. Put Hüsker Dü right up at the top of that list. As creatively fruitful as the trio’s nine-year run was, the Hüsker years were turbulent ones for its members by most accounts. Between the well-documented drug and alcohol abuse and the personal infighting between Mould and Hart that lingered right up until the latter’s death, it’s not surprising that the Hüskers never entertained the idea of jaunting down memory lane, not seriously at least. It could also be argued that there were creative reasons behind the band’s disinterest in reuniting. For as forward-thinking an act as Hüsker Dü, diving 30-plus years back into the past doesn’t seem like something that’s in its members’ DNA.

We can selfishly lament not being able to see Mould, Hart, and Norton take the stage together one last time. But if there’s ever been a band less in need of a reunion, it’s Hüsker Dü. The trio might have fallen apart under ugly circumstances in 1988, but in its wake, it left the world with six stellar records and an amazing live reputation. A reunion at best would only reaffirm what much of us already know: that this band was special, meaningful. At worst, it would only smudge an otherwise immaculate musical legacy. 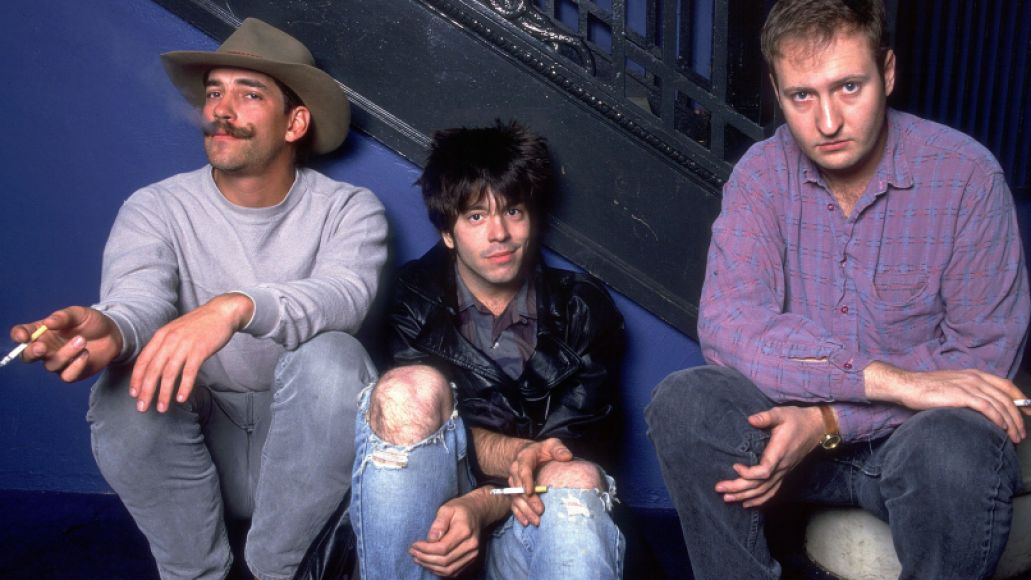 With a Hüskers reunion out of the running, that leaves The Smiths as arguably the premier reunion act that’s so far gotten away from festival organizers. Never say never, as the saying goes. Even Jawbreaker eventually took the reunion bait, after all. But it’s almost 100 percent safe to say at this point that The Smiths will in fact never reunite. It’s hard enough to get Morrissey to commit to his own dates these days, much less what would likely go down as the most buzz-worthy reunion get of all time. And yet, saying “no” has thus far done absolutely nothing to dull the Manchester icons’ luster. If anything, it’s done the exact opposite. Rumors of the band turning down a $5 million offer from Coachella organizers to reunite have only added to the band’s iconoclastic legend. As previously stated, some bands only have everything to lose by reuniting. The Smiths have grown over the years to become one of the single-most deified bands since The Beatles. In 2002, NME even went a step further, calling them even more influential than The Fab Four. Those are the kind of accolades and hero worship you just can’t put a price tag on. How can you risk messing with that?

The chance to see Hüsker Dü again is gone, and the odds of seeing a Smiths, Talking Heads, or R.E.M. reunion seem almost as grim. We’ll just have to learn to accept them for what they are now. Perfect.

We Are Never Getting Back Together: How Avoiding a Reunion Can Secure a Band's Legacy