Earlier this month, the Hollywood Bowl hosted The Muppets’ first-ever full-length concerts. Now, the Los Angeles amphitheater has announced another nostalgic spectacle in the form of a live-to-film staging of Willy Wonka & The Chocolate Factory.

Taking place November 3rd and 4th, the event will feature a screening of Gene Wilder’s 1971 classic accompanied by a cavalcade of live performers singing music from the film. John Stamos, as Willy Wonka, will perform “Pure Imagination” and Giancarlo Esposito (a.k.a. “Gus” from Breaking Bad) will sing the role of the Candy Man. What’s more, Finn Wolfhard (Stranger Things, It) has been cast to play Charlie, Richard Kind will portray his grandpa Joe, and — yes, “Weird Al” Yankovic will star as the Oompa Loompas.

DeVotchKa will join a musical ensemble conducted by Jeff Hoeppner in performing the film’s score, with DeVotchKa’s Nick Urata serving as is show’s music director.

The event will be presented in SMELL-O-RAMA with guests receiving “Scratch-N-Sniff Golden Tickets.” 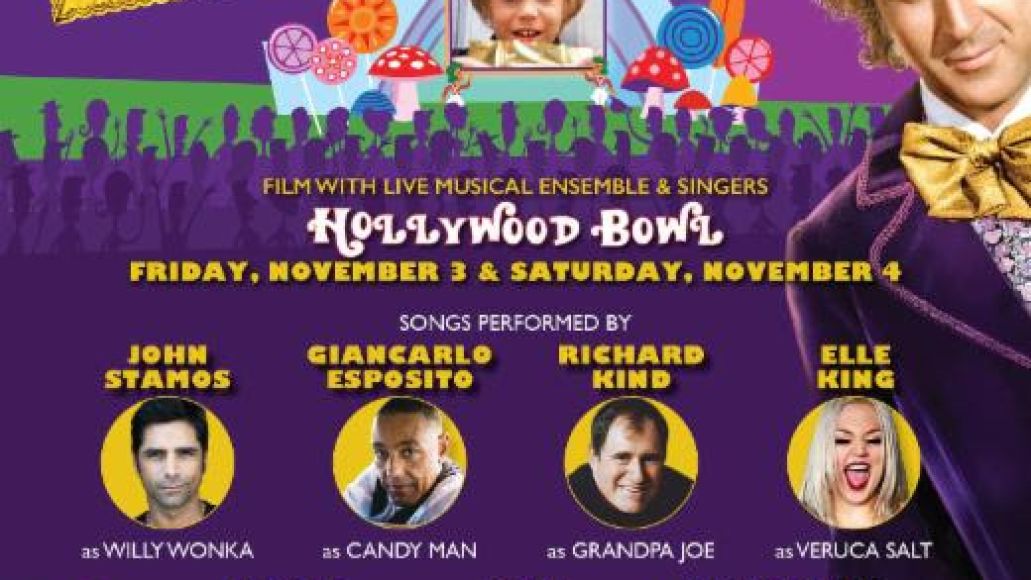