Most bands mark the release of a new album with a record release show. Sometimes these are undersells where they’ll play smaller venues than they might otherwise, other times they’re at unique locations like a record store or Radio City Music Hall. To celebrate their new album, Concrete and Gold, Foo Fighters are going bigger than all of that by throwing their own music festival.

(Read: Ranking: Every Foo Fighters Song from Worst to Best)

Dave Grohl and co. will host Cal JAM 17 on October 7th at the Glen Helen Regional Park in San Bernardino, California. While campers arriving on Friday will be able to enjoy sets by Big Tony & Trouble Funk and other early guests, the big guns come out on Saturday night. In addition to a headlining set from Foo Fighters, the bill features Queens of the Stone Age, Cage the Elephant, Liam Gallagher, The Kills, Royal Blood, Japandroids, Wolf Alice, The Struts, Bob Mould, Bully, Circa Waves, White Reaper, and more.

It’s essentially the biggest, most rocking record release show ever, and one you’re not going to want to miss out on. So Consequence of Sound is going to make sure four lucky readers are there by giving away two (2) pair of GA passes for the event. To enter, simply fill out the widget below.

Winner must provide their own transportation and accommodations. Entry automatically enrolls you in the CoS newsletter. 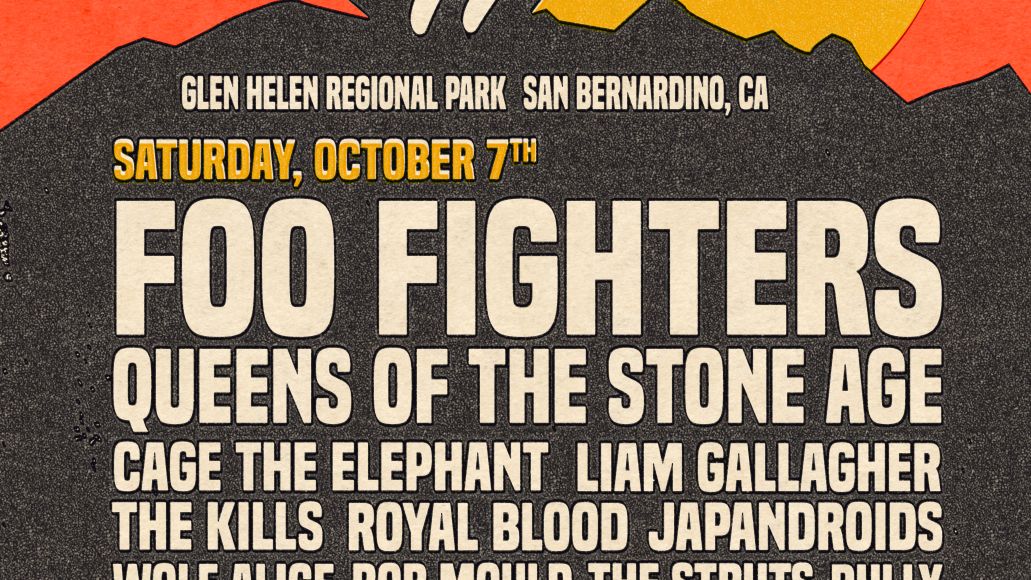