The math is simple: 1 + 1 = 2. But basic arithmetic can’t account for chemistry. And that’s something a duo either seems to have or doesn’t. We’ve seen several seasoned players come together to form celebrated supergroups countless times before. It’s also not unusual for a successful act to pull a de facto nth member into its orbit from time to time — almost as a secret weapon to insure things don’t turn stale. But just how often do two artists come together as equal partners to create a truly memorable collaborative album? It really doesn’t happen all that much, which makes this week’s Courtney Barnett and Kurt Vile record, Lotta Sea Lice, worth an extra listen. And, if we do listen, we soon hear Vile lay out a lingering track like “Continental Breakfast” that unfolds like a sidewalk on a glistening summer day where he and Barnett can meet, and she can explain, as only she can, how she “cherishes her intercontinental friendships/ We talk it over continental breakfast.” It’s an incredibly rare moment where two fairly established voices come together and actually speak to each other rather than merely alongside one another.

In that spirit, we began thinking about other times artists have come together, seemingly for a one-off venture, and appeared to have clicked from the very beginning. These are all first-time collaborations. In some cases, the artists may have worked again in the future together, but we didn’t want to look at albums like Richard and Linda Thompson’s masterpiece sixth album, Shoot Out the Lights. At that point, we knew what that husband-wife duo was capable of together. No, these are first-time affairs. Two artists, sometimes similar, sometimes wildly different, putting it all on the line and walking away with something neither could’ve done on his or her own. Artists who managed to find that always-elusive chemistry. That certain something that can occasionally make 1 + 1 = 3 and leave the rest of us gratefully spellbound as we check our calculators for the hundredth time.

Here are 10 other collaborative albums you should know. 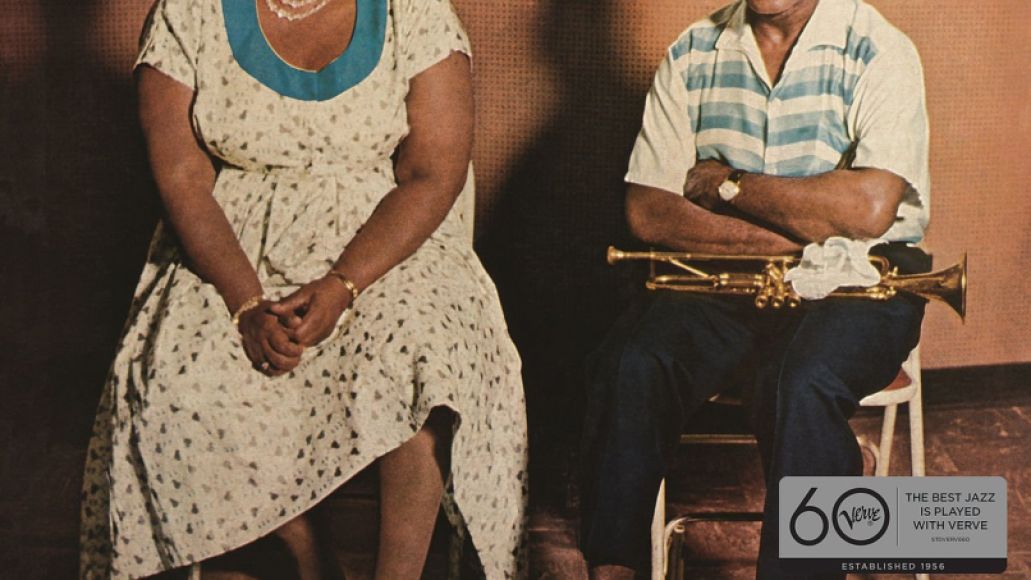 It’s simple enough to take two legends, record a handful of duets, stamp their names on an album cover, and let the units shift themselves. Lord knows the music industry has made that easy buck thousands of times. But that’s far from the case with Ella and Louis. Years before we saw the jazz legend shattering drinking glasses in Memorex commercials, Ella Fitzgerald found a perfect pairing with famed trumpeter Louis Armstrong on this, the first of three albums together. The two glide through traditional standards, with the famed Oscar Peterson Quartet backing them, and somehow manage to squeeze in not only Fitzgerald’s powerhouse voice and Armstrong’s gravelly warble without ever stumbling over each other but also the latter’s iconic trumpet and Peterson’s distinctive piano.

But that’s not why Ella and Louis remains beloved by the fans of these two seminal artists. They don’t merely sing alongside each other; their voices dance with one another. Though she was nearly 20 years his junior, we believe the duo as they inhabit the protagonists of standards like “They Can’t Take That Away from Me” and “Cheek to Cheek”. We believe the memories, the humor, the shared joys and struggles, and we can’t help but wish the same “heaven” for ourselves one day that two old souls share when they assures us, “Heaven, I’m in heaven/ And my heart beats so I can hardly speak/ And I seem to find the happiness I seek/ When we’re out together dancing cheek to cheek.” Sounds like heaven to me. –Matt Melis

10 Collaborative Albums You Should Know