Beauty is in the eye of the beholder. Art is subjective. Music and movies aren’t about competition; they’re about artistic expression. Well, for those of you who know better than to believe those lies, welcome to another installment of Vs.

Two of pop culture’s biggest surprises over the last 12 months have been the breakout hit of Netflix’s ’80s nostalgia horror series Stranger Things and this summer’s remake of Stephen King’s IT breaking box office records. Naturally, both properties circle each other in a feedback loop of inspiration: Stranger Things is liberally inspired by Stephen King stories of small-town terror like the original, and its success arguably helped the IT remake get made in the first place. (Finn Wolfhard even stars in both, if the comparisons weren’t blatant enough.)

With the second season of Stranger Things coming out this weekend, one has to wonder: just how similar are these tales of precocious, resourceful moppets defeating unholy terrors from realms beyond our imagining? Could each group of kids conceivably defeat the other’s Lovecraftian nemesis? Let’s look at each half of this tag-team grudge match and find out.

The Losers’ Club (IT) vs. The Demogorgon (Stranger Things) 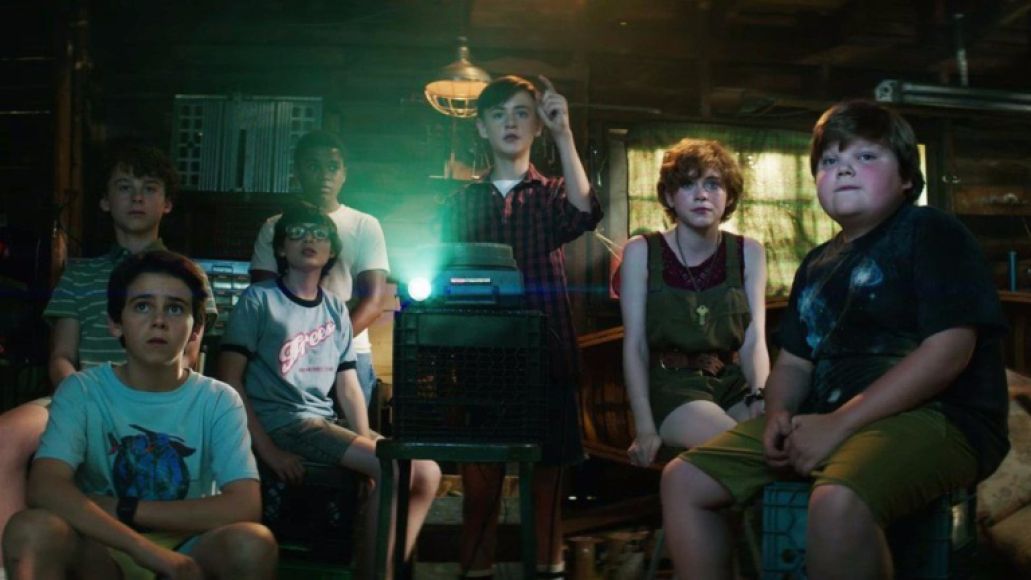 The self-styled “Losers’ Club” of Derry, Maine, are the misfits, losers, and outcasts the rest of the town can’t be bothered with, all of them defined by their fears and childhood traumas. Bill (Jaeden Lieberher) struggles with a stammer (and the trauma of his missing brother). Stan (Wyatt Loeff) is terrified of germs and his bar mitzvah. Ben (Jeremy Ray Taylor) is the group’s “fat kid,” targeted for his weight and awkwardness. Bev (Sophia Lillis) is the one girl in the group, fighting off rumors of promiscuity and her sexually abusive father. Richie (Finn Wolfhard) is the jokester of the group, but hates clowns. Eddie (Jack Dylan Grazer) wrestles with hypochondria and a mean case of Munchausen by proxy, and Mike (Chosen Jacobs) endures the pernicious racism of his classmates.

Each member of the Losers’ Club has a particular set of skills they can bring to bear in their prospective fight against the Demogorgon. Bill’s leadership abilities and resourcefulness will come in handy; Ben (in this version of IT at least) is a rapacious researcher who could help track it down or chart its history in the town. Eddie has the medic role down pat, given his medical knowledge, and Mike’s bolt gun will work just as well on the Demogorgon as it did on Pennywise. Richie will be more useful against the Demogorgon since a) it’s not a clown, and b) well, his doppelganger has successfully fought it off before. Plus, they’re all really good with blunt instruments, be they rocks, bats, or chains. 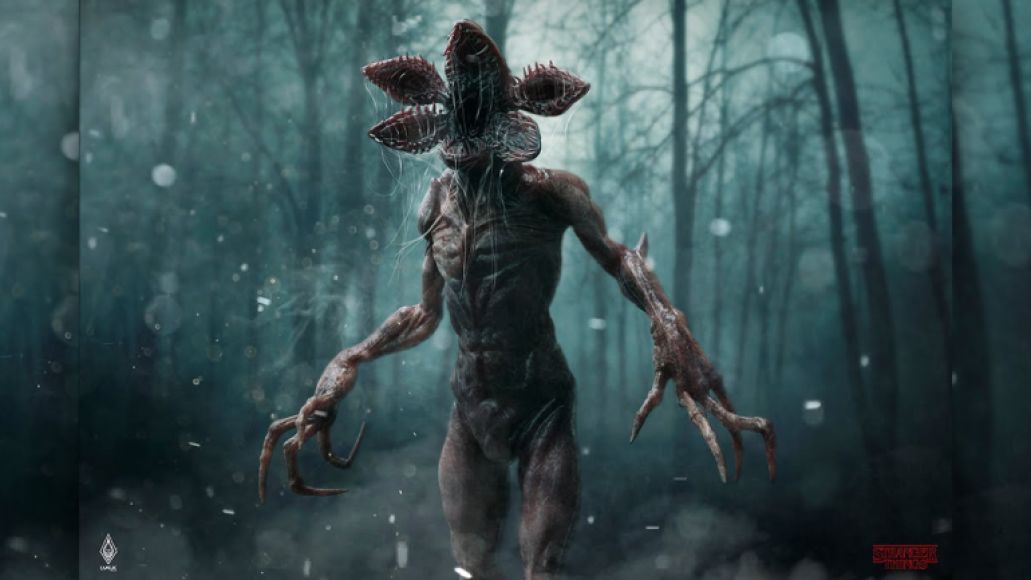 The arrival of the Demogorgon in Derry, Maine, would bring its own set of complications that the Losers’ Club would have to contend with. No longer would the secret to their victory be conquering their fears – the Demogorgon is practically a wild animal, striking out on instinct against children and adults alike, connecting it less personally to the group and their respective traumas. Still, presuming Georgie Denbrough gets taken to the Upside Down rather than murdered and arranged in a floating found-art piece under the sewers of Derry, the Losers’ Club would still band together to help Bill defeat it.

One imagines that, like their discovery of the sewers, the Losers would track down one or more portals to the Upside Down, and bring their usual arsenal of blunt weapons and Mike’s bolt gun through to the Lovecraftian dimension, looking for trouble. Much like Pennywise, their plans aren’t usually much more complicated than “walk into monster’s lair and try to whack it to death,” so it stands to reason they’d do the same thing here.

Try as they might to beat it up with bats or shoot a captive bolt through its skull, the Demogorgon’s reality-shifting powers and its sheer animal instincts make it a clear physical match for even the most resourceful tweens, much less the Losers’ Club. Without a waffle-loving compatriot with freak psycho powers, these kids don’t stand a chance.

Eleven’s Crew (Stranger Things) vs. Pennywise the Dancing Clown (IT) 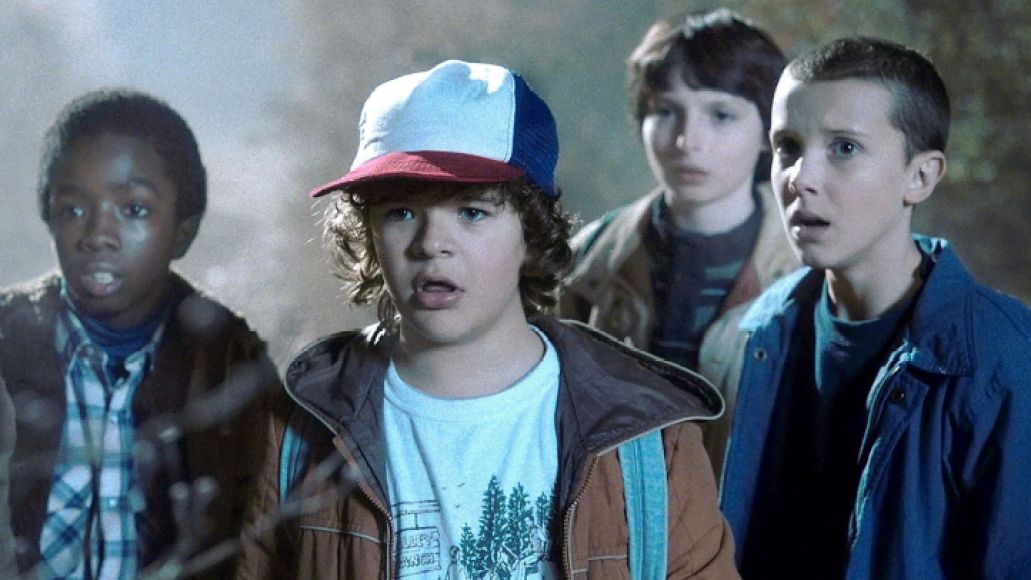 Unlike the bloated Losers’ Club of IT, the crew of Stranger Things is a much more tight-knit group (though, unlike the Losers, they receive quite a bit of assistance from older kids and concerned adults). Mike (Finn Wolfhard) is on a similar journey as IT’s Bill: a shy, well-meaning kid looking for his missing friend. Dustin (Gaten Matarazzo), with his awkward looks and persistent sense of humor, has attributes of both Richie Tozer and Ben Hanscom. Lucas (Caleb McLaughlin) is more well-adjusted and less traumatized than most of the IT kids, but he provides a welcome voice of reason to the group. Finally, there’s Eleven (Millie Bobby Brown), a young girl with psychokinetic abilities, a love of Eggo waffles, and not much to say. As Dustin would say, he’s their friend, and she’s crazy.

To be honest, the skill set of the team from Hawkins, Indiana, is a lot more lopsided than the diverse abilities of the Losers’ Club from IT. Against the Demogorgon, Eleven does most of the heavy lifting – granted, her psychokinetic abilities are something to behold, but if she’s taken out of commission, the only weapon they have left is Lucas’ slingshot. Still, the group’s collective D&D prowess could rival the bookish strategizing of the Losers’ Club for sheer tactical acumen. 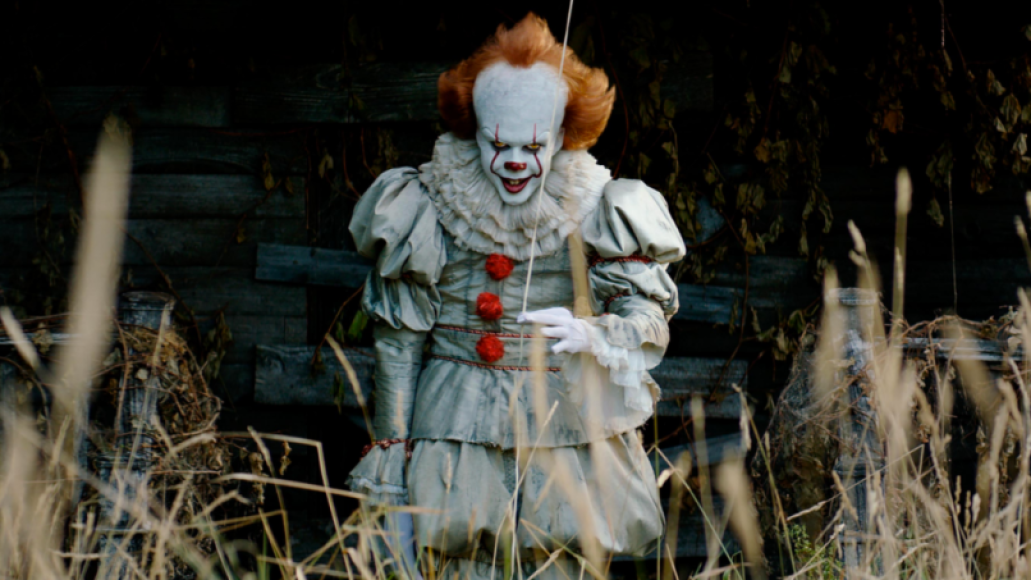 For the purposes of this match-up, the kids from Stranger Things are on their own, just like the Losers’ Club – no Hopper, no Joyce, no support from Nancy Drew and the Hardy Boys (Jonathan Beyers and Steve Harrington). Presuming Pennywise comes a-calling in Hawking, Indiana, and takes Will Byers to float with the rest of his victims in the sewers, Mike, Eleven, Dustin, and Lucas are on their own.

Unlike the Losers, however, the kids have a supernatural pinch-hitter in their roster – Eleven – and the keen eye for strategy and tactics that comes from playing too much Dungeons & Dragons. The kids from Stranger Things could easily spring a trap for Pennywise, or deliberately us their fear to draw him out into the open, where Eleven could use her mind-screw powers to defeat the Dancing Clown.

The Victor: Eleven and Crew

Sure, the kids from Stranger Things have their fair share of traumas and fears Pennywise can capitalize on — from Eleven’s imprisonment and experimentation to the bullying that Mike, Dustin, and Lucas endure at school. However, their traumas are not nearly as crippling or all-encompassing as those of the Losers; most of them are just regular, well-adjusted (if nerdy) kids who’ve been close friends for a long time, and they happily take in the lonely Eleven and give her an erstwhile family. As spooky as Pennywise can be, he’s a helpless little mouse without any fear to feed on; against Eleven and the charismatic kids of Stranger Things, he’s toast.