Born and raised in New York City, I’ve grown accustomed to selling off an arm and a leg just to see a concert. In the spirit of Halloween, if we were to take this anatomy metaphor a step further, let’s just say I’ve probably handed over enough limbs to cover both the Saw and Texas Chainsaw Massacre franchises. That’s just how it is here in the Big Apple, where we can only afford to live in closet-sized apartments and literally share our grub with rats.

(Read: Here’s How Much It’ll Cost to Catch the Most Hotly Anticipated Tours of 2017)

However, it turns out I actually don’t have it quite as bad compared to other markets across the US. As a study conducted by fare aggregator website Wanderu shows, cities such as Los Angeles, Houston, and San Diego boast even more bloated concert ticket prices. In fact, NYC’s numbers are closer to those of Charlotte and Dallas. 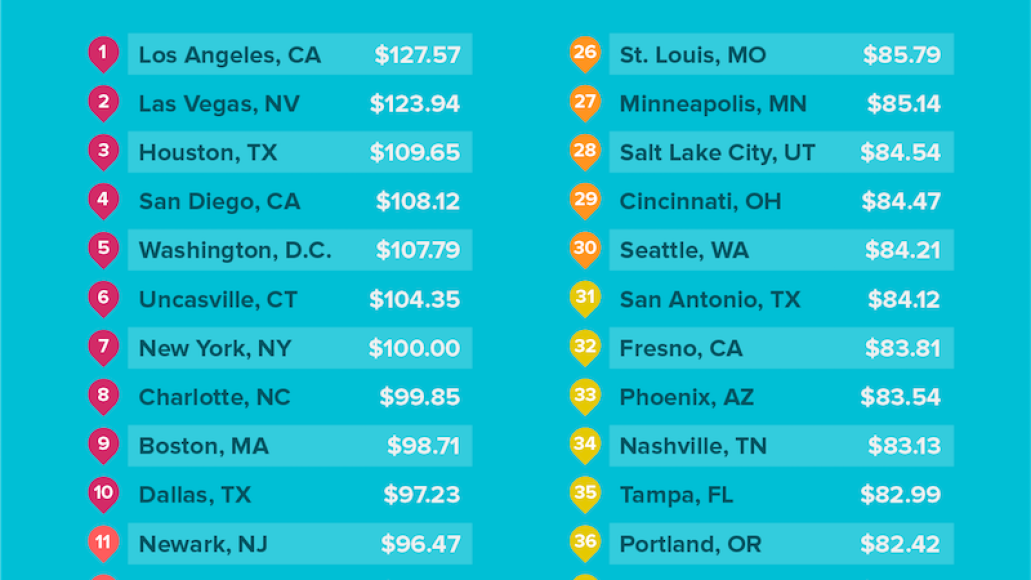 According to Wanderu, “the amounts quoted in the graphic above show how much, on average, you’d have to spend on a top-tier general admission concert ticket in each city if a ticket for the same concert costs $100 in New York.” To put it simply, assuming a big arena-sized event in NYC puts you back $100, that same ticket would be priced at $127 in LA, $96 in San Francisco, $89 in Denver, $77 in New Orleans, and so forth.

While NYC interestingly is not the most costly city, landing at No. 7 on this list, it’s worth noting that New Yorkers can nab cheaper tickets just 20 or so minutes away over in Newark, New Jersey. This same kind of geographical phenomenon happens elsewhere, like with Houston and San Antonio; despite just being three hours apart, music lovers can save over $20 by choosing to see their favorite act in Alamo City.

(Read: Face Value Ticket Resale Platform to Launch in US this Fall)

Looking closer, Wanderu also breaks down ticket prices by US region. In the Northeast, NYC and Uncasville, Connecticut (where most shows take place at the local Mohegan Sun Resort) reign supreme, while Pittsburgh and Buffalo offer more affordable price tags. Chicago leads the way in the Midwest, with smaller cities such as Indianapolis and Grand Rapids serving as more budget-friendly options.

Over on the West Coast, despite exorbitant rent prices in San Francisco that rival those of NYC, LA is still king of high ticket costs, followed by San Diego. Concertgoers can get a better value for their money further up north, such as in Seattle and Portland. 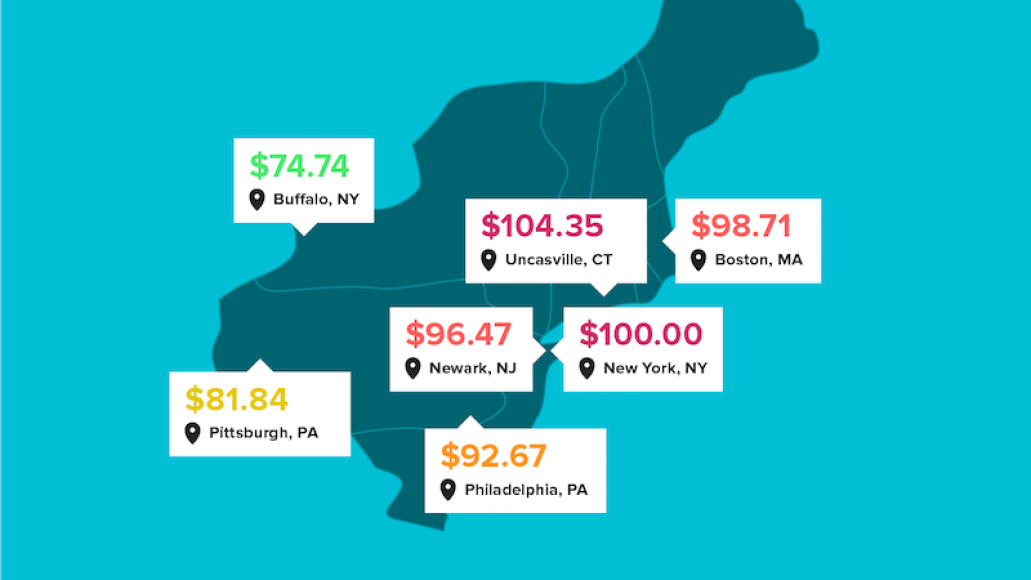 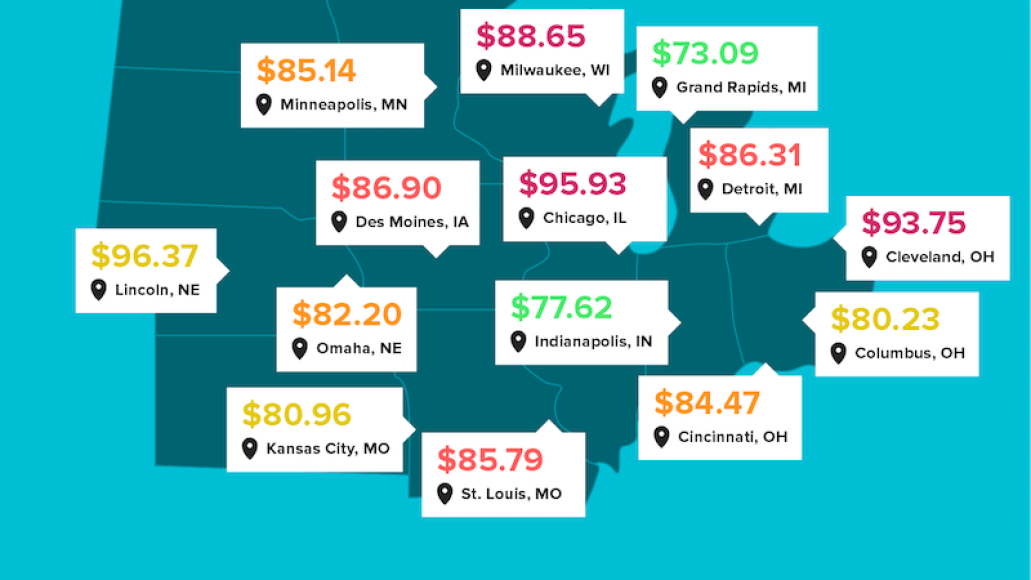 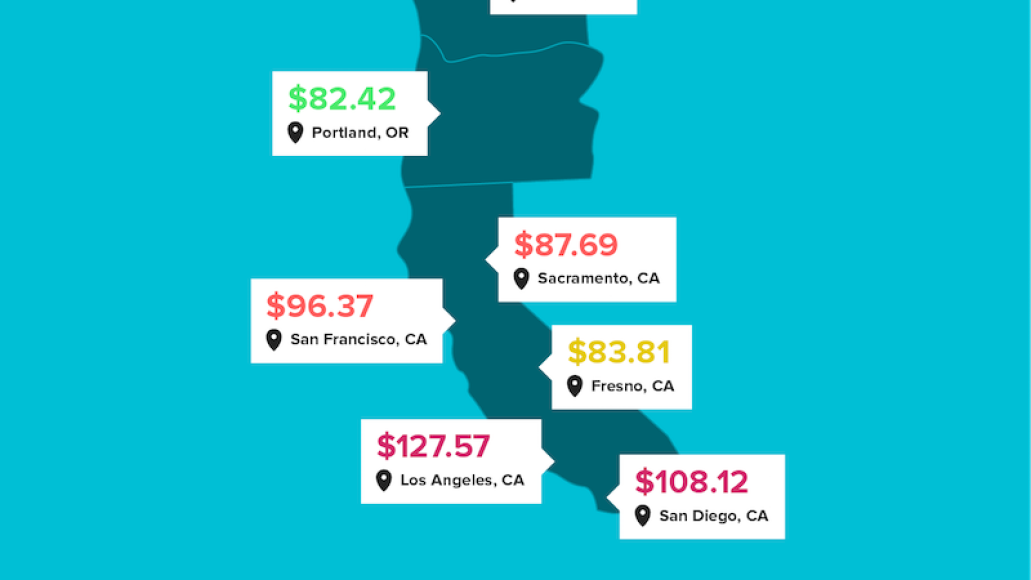 Head to Wanderu for more regional breakdowns and the full study.

Here's how concert ticket prices vary across the US