Dedicated hip-hop fans and critics alike recognized Detroit rapper Red Pill’s album Instinctive Drowning as one of the best releases of 2016. The introspective and emotional record was helmed by San Diego-via-Ohio MC/producer Ill Poetic, who drew praise for the versatile and complex beats throughout the project. For his next chapter, Ill Poetic will be following up with his first full-length album since 2007, An Idiot’s Guide to Anarchy, arriving November 21st through Definition Music.

The effort is a decade in the making and draws from classic Ohio funk and soul as it spans genres from psych-rock to industrial. It’s described as “a Postmodern George Clinton with biting lyricism fueled by the soul of George Carlin.” To produce this sound, Ill Poetic worked with artists from Ohio’s legendary ’60s and ’70s funk scene as well as performers including The Ingrid Rachel Project, HuntorPrey, Piakhan, and more.

“In the 10 years [An Idiot’s Guide to Anarchy] took to create, I quit my job, gave up my apartment, car and entire way of life to dedicate myself to this idea,” Ill Poetic tells Consequence of Sound. “I put all my shit in a storage unit, lived in my manager’s basement, and traveled from city to city on a Greyhound studying and recording every session for this album. I got married, learned family and landed in a Motel 6 in California with them to be closer to the creativity that I knew would push me to push harder. We’ve faced near-homelessness and hopelessness. I’ve been robbed at gunpoint and pistol-whipped. In death and in life, I’ve lost friends I’d never think I’d lose. I produced, arranged, wrote and co-mixed nearly every piece of music on this record. Every square centimeter of sound and art on it has a deep spectrum of memories and emotion attached to it.”

Ahead of the project’s release, Ill Poetic has shared the lead single, “8:44”. The upbeat, funky track juxtaposes a laidback, carefree vibe with the horrors of 9/11, as it addresses the reality shift which occurred after the attacks. “The song is written from the perspective of 8:44 a.m., the minute before the first plane crashed into the World Trade Center on 9/11, with a certain level of naive optimism,” Ill Poetic explains. “9/11 shifted everyone instantly into the reality that as a country, we could get touched just like anyone else.”

An Idiot’s Guide to Anarchy lands November 21st on all streaming platforms. Pre-order the 2LP deluxe vinyl and digital copy here. To highlight the inspirations for “8:44”, Ill Poetic takes Consequence of Sound through the track’s Origins, including Roger Troutman, George Carlin, and Calvin and Hobbes.

This record references Prince and Public Enemy a little more blatantly, but the Roger Troutman reference is the crucial one for me. “Superman” isn’t a really well-known song by Roger Troutman but it’s one of my favorites. I’m from Dayton, OH (his hometown) and remember riding past Troutman Studios with my mom as a kid every day to get my dad from work. I worked with my guy Eric Mummey out in Dayton on the talkbox and keys for “8:44”. I knew that I wanted him to re-imagine the line from “Superman” where Roger sings, “Look in the sky, it’s a bird it’s a plane…” but put the twist on it as you can hear the planes about to hit the towers behind him. It gives the lyrics an entirely different meaning in that context.

My dad and I have always shared a similar taste in comedy and I remember getting hip to George Carlin pretty early in life. Over the years I worked on this album, I spent a long period riding to and from nursing homes and hospitals with my dad when my mom was going through major health issues and we’d listen to folks like Louis CK, Maria Bamford, Patton Oswalt, Norm MacDonald, Mitch Hedberg, and more to fend off the sadness of the situation. George Carlin was always the father of these voices and someone I began looking at as a philosopher of life whose views I really grew to appreciate and identify with. He’s an influence for me at a visceral level. Any dark and sarcastic ideas I come up with, I typically credit to George Carlin’s influence. Honorable mention to Hunter S. Thompson on this particular song as well. 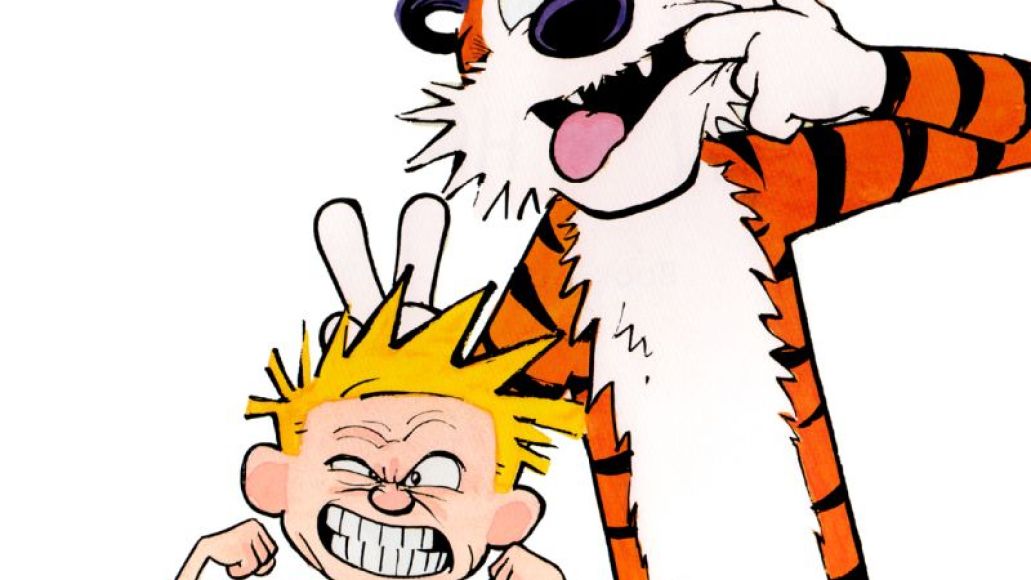 Even though I wrote this from an adult’s perspective, the images I pictured in my head when writing it all came from a kid’s perspective. I couldn’t shake the image of a kid walking down the street with a gas mask on seeing people dancing and taking selfies while ashes from 9/11 fell down over them. That image played in my head a lot during the creation of this song, and eventually what will be the video. Calvin is my favorite kid ever and when I draw cartoon characters, he’s typically the influence I’m drawing from. Not to mention, Calvin and Hobbes is the greatest comic strip of all time and the author Bill Watterson was great at juxtaposing innocent, upbeat scenarios with sarcastic, adult undertones.

Check out the An Idiot’s Guide to Anarchy trailer below.

Ill Poetic details the Origins of his new song, "8:44": Stream